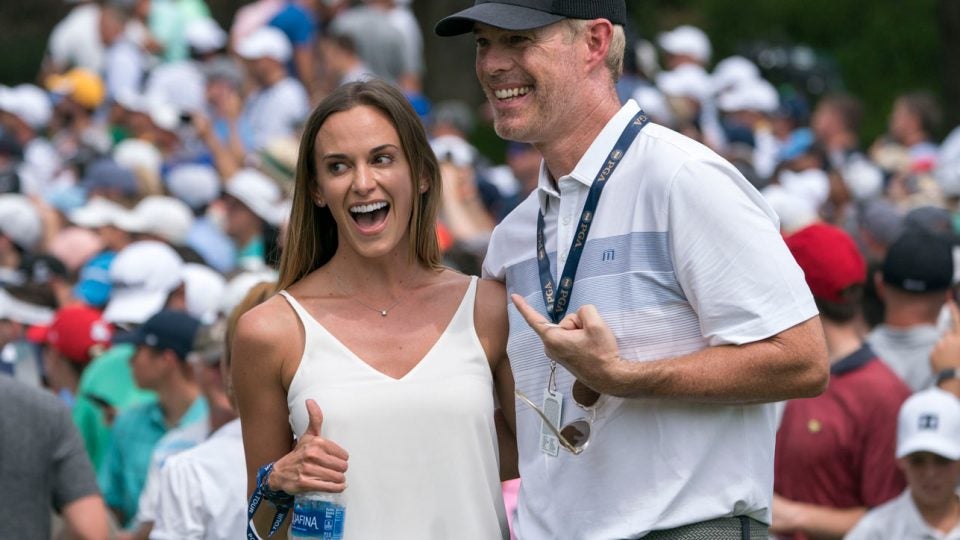 Some first learned of Brooks Koepka’s girlfriend Jena Sims after a faux pas from Joe Buck at the U.S. Open, when the Fox announcer called her “Becky Edwards.” Others might have curiously searched her name after Sims’ cameo appearance on yesterday’s TNT broadcast.

But to many, Sims isn’t merely the girlfriend of Brooks Koepka; she’s famous in her own right.

Sims, a native of Winder, Ga., got her modeling and acting career started in the mid-2000s, when she competed in local pageants. In 2007, she won the Miss Georgia Teen USA competition, earning a place in the Miss Teen USA competition months later. It was around that time that Sims founded “Pageant of Hope,” a non-profit organization that hosts beauty pageants for children with cancer and other disadvantages. Since the first pageant in 2006, the organization has hosted multiple pageants each year.

You might also recognize Sims from her acting career — with several notable appearances in the Hollywood realm. Her first role was as the main character in a 2012 film, “Attack of the 50 foot cheerleader.” Since, she appeared in Sharknado and Sharknado 5, in addition to TV appearances on popular shows like “CSI,” “Dexter,” “One Tree Hill,” and “Entourage.”

Brand new whip, got no keys ??

Koepka, of course, has spent this week shredding the rest of the PGA Championship field thus far, entering Saturday’s third round with the best 36-hole score in major championship history and seven shots clear of the field. A win this week would mark his fourth win in his last eight major championships.

As Kopeka has ascended to the limelight, Sims’ profile has grown along with it. She currently has over 136,000 followers on Instagram as proof. Koepka has become known for renting a house near major championships and bunkering down in the week prior, and Sims has been there alongside him.

Lady and the Champ ??