British Open live coverage: How to watch the 2019 Open on Friday

Tired yet? Good, because there’s plenty more to come from the Open Championship in Northern Ireland. J.B. Holmes fired a 66 on Thursday, catapulting himself atop the leaderboard. Jon Rahm sprinted out with a hot start, but came back to the field, two shots back of Holmes. Brooks Koepka’s march of massive performances in majors just keeps on going. Shane Lowry was the low man in the clubhouse for awhile, posting a strong 67.

And don’t forget about Aphibarnrat, Finau, Fleetwood, Fox, Frittelli — enough F’s? — as well as Garcia, Hatton, Enamori, MacIntyre, Noren, Simpson, Turner and Westwood. All of them are just two shots back.

News
The Open 2019: Rory McIlroy explains what went wrong during his disastrous opening round

While Tiger, Rory and Phil can probably start packing their bags, there’s still plenty to watch for in Friday’s second round. Friday can help provide some clarity as to who, among the 42 players under par right now, will actually head into the weekend with a chance.

Wake-up call is, once again, coming at 1:30 a.m. ET. When you awake from that short slumber, here’s how you can watch ever minute of Friday’s second round from Portrush:

How to watch the second round of the British Open (ET) 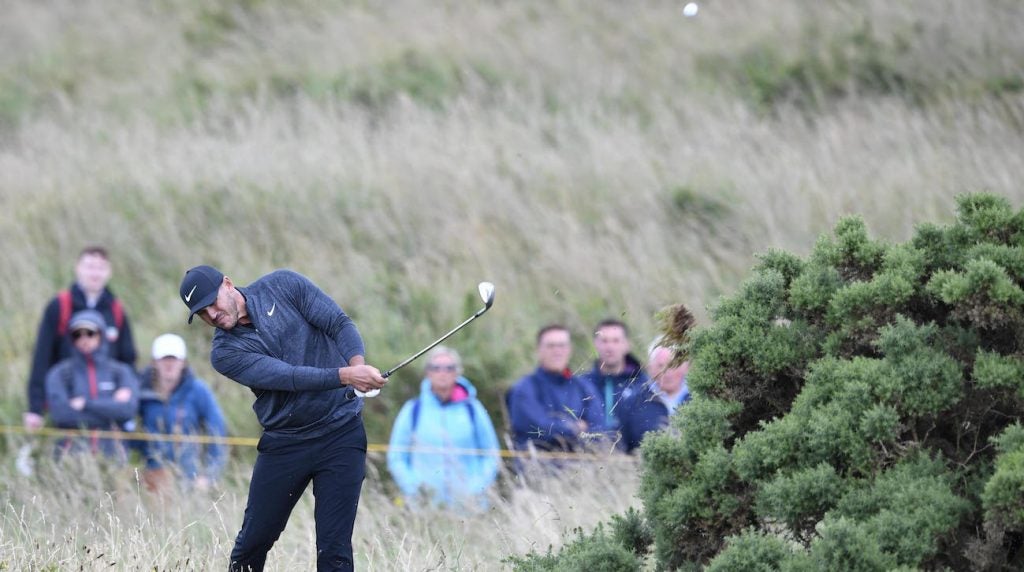 Brooks Koepka hits out of the rough on the 17th hole during the first round of the Open Championship at Royal Portrush Golf Club.
Ian Rutherford-USA TODAY Sports