British Open 2019: Why Phil Mickelson’s binge diet might be (slightly) less crazy than you think

A newly svelte Phil Mickelson is roaming the fairways this week at the Open Championship at Royal Portrush, just days after he finished a six-day fast and posted a widely-viewed video on social media. You’ve seen it, right? Mickelson, who is winless since February, claims the cleanse helped him shed 15 pounds. By all appearances it looks like he dropped even more than that.

“I haven’t felt good about myself and the way I’ve been playing, and so I haven’t done anything or wanted to be in public,” Phil said in his post. “The last 10 days I’ve done what I call a hard reset – a change to try to make things better.” 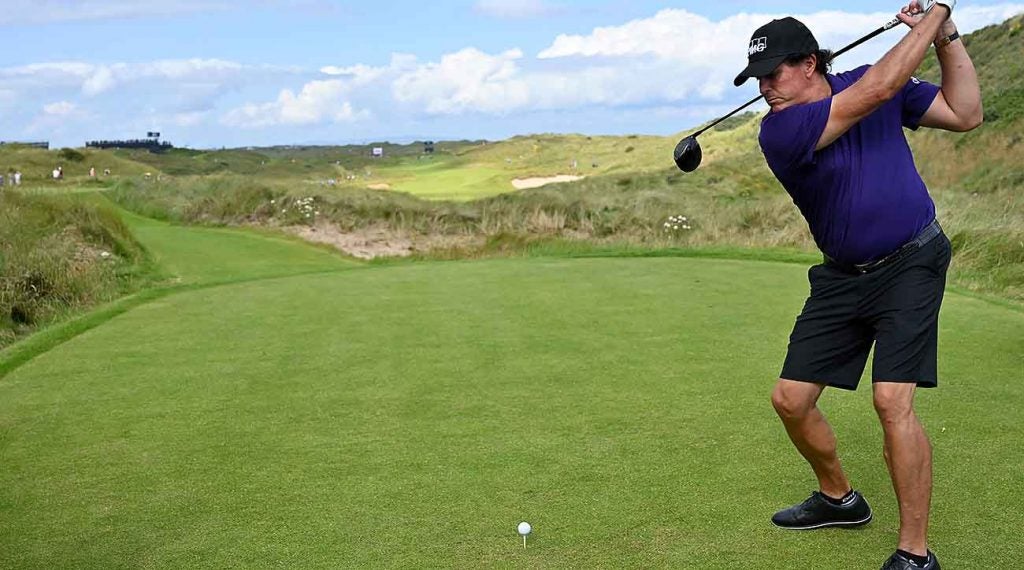 Phil Mickelson will head to the first tee Thursday 15 pounds lighter than he was two weeks ago.
Getty Images

If eliminating food shortly before competing in a hilly, dunes-swept major championship feels like a drastic step, it is. One dietary expert with previous pro-golf clients said the Mickelson diet could be too severe to try so close to the season’s final major.

“Typically, never in my recommendations would it be to stop eating for six days. You look at cleaning up someone’s diet, removing junk, and that kind of thing,” said Amy Goodson, a Dallas-based dietician whose past clients include Gary Woodland, Hunter Mahan and Rory Sabbatini. “I’m sure Phil has people who know what they’re doing, but so close to the British Open, the question is, would you rather lose 10 pounds and maybe feel better, or would you rather perform optimally? The offseason is usually a better time to really get into it.”

Mickelson, 49, did not appear at a press conference this week at Royal Portrush, but in the video he said he consumed only water and a special “wellness” coffee blend for six days. In a short interview this week with USA Today, Mickelson added, “I didn’t fast to lose weight. I fasted to heal.”

Mickelson is a five-time major champion and winner of the 2013 Open at Muirfield, but he’s missed four of his last six cuts and failed to record a top-20 finish since the Masters. Mickelson’s comments clearly indicate he hasn’t been feeling well, and they resonated with another nutrition expert.

“Phil has had health issues for some time. He’s had this psoriatic arthritis and is taking Enbrel, which has a wild list of side effects and a black box warning,” said KC Craichy, CEO of the nutrition company Living Fuel who also sits on the board at the Titleist Performance Institute. “I’m not a fan of drugs to begin with.”

News
British Open 2019 TV schedule: How to watch the Open

Mickelson was diagnosed with psoriatic arthritis in 2010 and almost immediately began self-injected treatments of Enbrel. He also appeared in TV spots lauding the drug. Even with his arthritic condition, Craichy called Phil’s recent cleanse “an extraordinary technique.” He added that Phil’s binge-diet, if monitored closely, can create weight loss that doesn’t sap his energy.

“Your inflammation levels are lower, so your joints won’t hurt as much,” he said. “As long as he fuels himself properly before and during the round, he might even feel better. Dave Phillips is a smart guy.”

Phillips is the man who received an Instagram shout-out from Mickelson for concocting the “wellness” coffee he lived on for nearly a week. Phillips is also a co-founder of the Titleist Performance Institute, so nutrition and wellness is his thing. Reached by phone, Phillips, who has known Mickelson for years and today serves as his “performance consultant,” said Mickelson came to him in search of more energy. Phillips defended the pre-Open crash diet.

“It’s not a drastic as everybody thinks it is,” he said. “In the performance space, there are a lot of athletes that do this kind of thing. Fasting, if you look at it, it’s a hard reset, but the body gets rid of the bad stuff and covets the good stuff. The body goes into flight or fight. Sometimes you need to do that.”

While Mickelson’s latest coffee cleanse was an original concoction, in a previous interview, Phillips, who called himself “a coffee custodian,” offered a detailed look at a Mickelson brew:

“Fill to the top with coarse ground Ethiopian Yirgacheffe coffee, then add water heated to 200 degrees. Stir five or six times, wait three minutes and then plunge it. (If you wait too long the beans get bitter.) Phil then pours it into a Bodum pot and adds Califa Farms almond milk, a dash of cinnamon, a few Yiragacheffe Cacao nibs (80%) and a little medium-chain triglyceride (MCT) oil, which is extracted from coconuts. With a hand electric blender he mixes it until slightly frothy and that’s it,” he said.

Will the Phil cleanse lead to improved form? A made cut? Maybe even a sixth career major title? Unless Mickelson lifts the claret jug on Sunday, don’t look for his crash-diet to trend on Tour.

“I enjoy food way too much, and I get way too angry if I don’t eat,” said Justin Thomas at his Tuesday press conference. “But fortunately for Phil, he’s in an age where he’s tried a lot more things than I have. Obviously, he thinks it’s going to give him an advantage or he wouldn’t try it. But that’s not for me.”

At the end of his Instagram video seen round the world, Mickelson himself acknowledged that this whole thing is a bit of a Hail Mary.

“I don’t know if it’s going to help me play better or not,” he said, “but I’m willing to do whatever it takes to try to get my best back.” 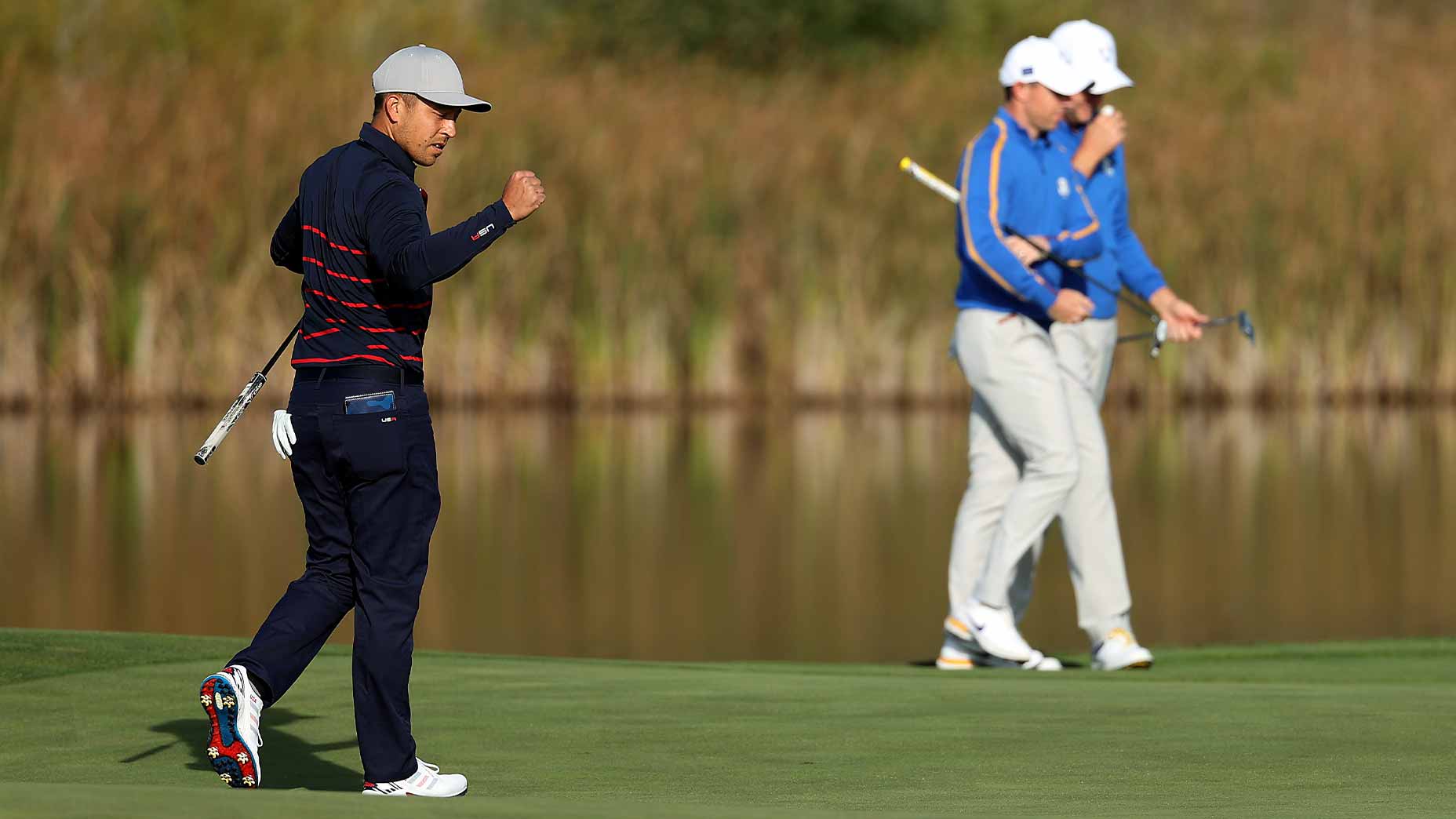