Odds for the 2019 British Open at Royal Portrush have been updated, but the favorite for the final major of the year remains the same: Rory McIlroy.

The 30-year-old from nearby Hollywood returns home this week; Northern Ireland’s Royal Portrush will host the British Open for the first time since 1951. The 2014 British Open champion hasn’t won a major since the 2014 PGA Championship, but he’s finished top-10 in his last two major appearances. Additionally, the No. 3 player in the world has finished no worse than fifth at the British Open since hoisting the Claret Jug in 2014, including a runner-up result last year.

McIlroy, a four-time major-winner, has won twice on the PGA Tour this year: the Players Championship and, most recently, RBC Canadian Open. With 8/1 odds to win, Rory will be playing alongside defending U.S. Open champion Gary Woodland and Paul Casey through the first two rounds of the tournament. 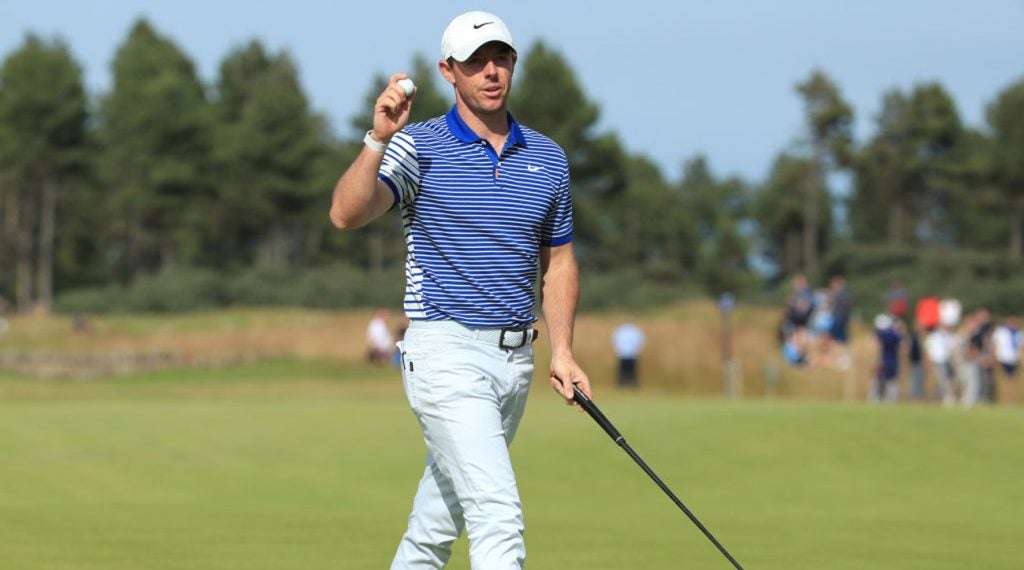 The second-best odds to win the Claret Jug belong to the No. 1 player in the world, Brooks Koepka. The 29-year-old seeks his first British Open title this week at Portrush, a course that his caddie Ricky Elliott calls home. The four-time major champion’s most recent major victory and win on Tour came at the PGA Championship this past May, and he finished second to the aforementioned Woodland at Pebble Beach in June.

Koepka, who finished T39 at the 2018 Open, will be playing with Louis Oosthuizen and Shubankar Sharma during the first two rounds.

The man with more Open titles than anyone else in the field this week, Tiger Woods, enters with 18/1 odds to win. The 43-year-old Woods hasn’t played since his T21 finish at the U.S. Open last month, and he hasn’t won the Claret Jug since 2006. But the three-time Open champ won the Masters this past April and finished T6 in last year’s tournament at Carnoustie.

Woods, currently the fifth-ranked player in the world and 15-time major champion, will tee it up alongside Patrick Reed, with whom he played a practice round on Sunday, and Matt Wallace.

News
Is it the Open Championship or the British Open? It’s really not that confusing…

Lastly, defending champion Francesco Molinari enters Portrush with 20/1 odds to capture his second Claret Jug and major championship. The 36-year-old Italian finished T16 at the U.S. Open in June, and he won the Arnold Palmer Invitational this past March. The No. 7 player in the world will play with Bryson DeChambeau and Adam Scott during the first two rounds.

The Open Championship, which has been held outside of England and Scotland only once before, will tee off on Thursday, July 18th. A complete listing of betting odds for the entire field at Portrush are below, via golfodds.com.