British Open 2019: What you need to know for Thursday at Royal Portrush

The year’s fourth and final major, the 2019 Open Championship, finally begins on Thursday morning at Northern Ireland’s famed Royal Portrush, and storylines abound. Can Tiger Woods claim his fourth Open Championship and 16th career major? Can World No. 1 Brooks Koepka, aided by his Portrush-raised caddie, claim the third leg of the career grand slam? Can Northern Ireland’s favorite sons — Rory McIlory, who set the course record at the age of 16, Graeme McDowell, and Darren Clarke — live up to their country’s sky-high expectations? And what does the forecast have in store? Here’s what you need to know for Thursday’s opening round.

There are plenty of good ones on Thursday. Here are our five favorites (ET). 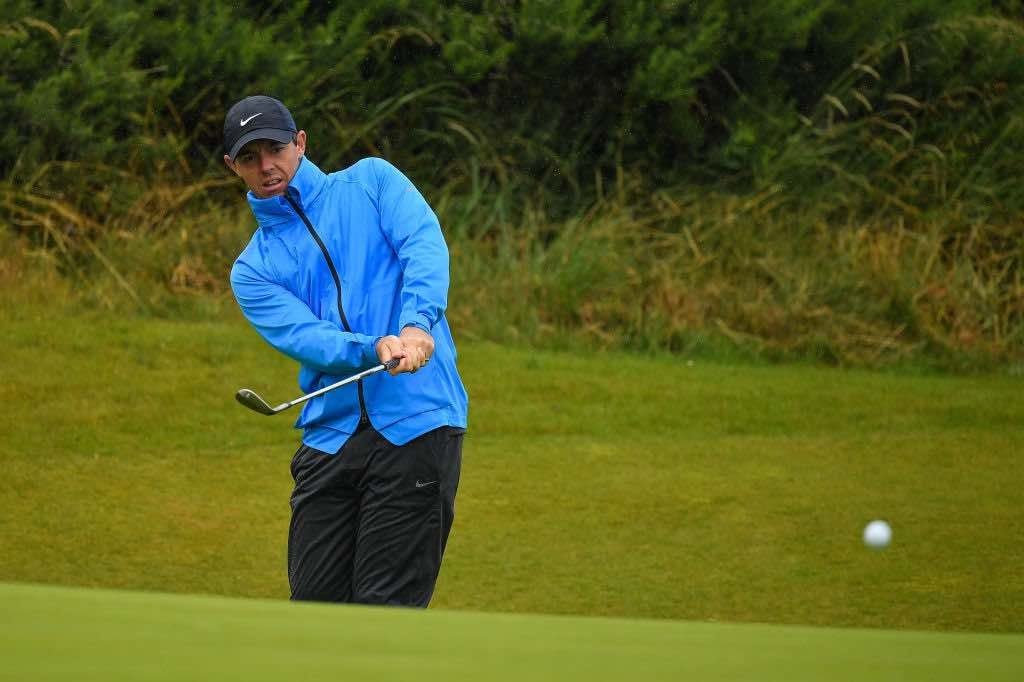 All eyes will be on Rory McIlory at Royal Portrush.
Brendan Moran/Sportsfile via Getty Images

2. How to watch the Open Championship on Thursday

The TV broadcast is on Golf Channel from 1:30 a.m.-4:00 p.m. ET. You can also watch streaming coverage on the NBC Sports and Golf Channel apps.

Temperatures are expected to be in the mid-50s when the first group tees off at 1:35 a.m. ET, and the forecast indicates that showers are likely until about 7:00 in the evening, local time. The temperature is expected to reach a high of 62 degrees, with wind speed maxing out at 15 mph.

News
The Open 2019: Is Rory McIlroy facing more pre-tournament pressure than any golfer ever?

Every time Tiger tees it up on Tour, he becomes the star of the show, and this week is no different. Crowds were out in droves and braved the Wednesday rain just to see him practice. Though he missed the cut at the year’s second major, the PGA Championship, he earned his way into the weekend at the U.S. Open at Pebble Beach and finished T-21. Though the Big Cat hasn’t teed it up competitively since then, he is still among the betting favorites at Royal Portrush, with 16/1 odds. Will he live up to the hype?

5. The Open Championship Round 1 storyline to be…

No doubt there will be plenty to choose from. But two hot ones are, of course, Rory McIlory and Tiger Woods. If either player gets off to a hot start, you can bet the hype will reach a fever pitch. Regardless of who’s leading at the end of Round 1, one thing’s for sure: We’ll get plenty of beauty shots of the glorious linksland that comprises Royal Portrush. Let’s go!