David Duval’s first round on Thursday at the Open Championship was off to a strong start. The 2001 champion opened the day with a pair of birdies to quickly move to two-under on the round at Royal Portrush. But after a pair of pars at the 3rd and 4th holes, the 47-year-old Duval slipped up with a quadruple-bogey at the 5th and bogey at 6 to fall back to three-over.

But that was nothing compared to what would transpire at the par-5 7th hole, where Duval — brace yourselves — made a 14. That bit of ugliness dropped him to 11-over through 7 and gave him the highest score on record at The Open since the Tour began keeping hole-by-hole scores in 1983.

The previous high mark was 11, which was recorded by four players over the last 35 years. Henrik Stenson was the most recent to do so in 2011. 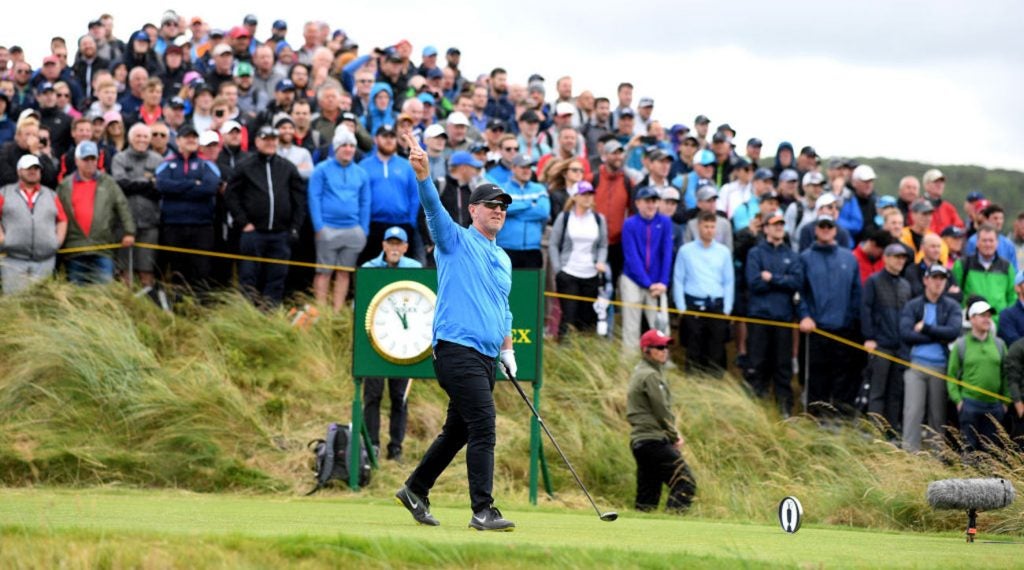 David Duval's first round went up in flames at the par-5 seventh hole.
Getty Images

Duval hit two provisionals off the tee and thought he was playing his third ball before realizing at the green it was the second provisional ball, according to a statement released by the R&A. Duval, who was assessed a two-shot penalty for playing with the wrong ball, then had to go back to where the wrong ball was played. However, he couldn’t find the right ball.

Duval had no choice but to return to the tee and play from it for a fourth time, as it took him six shots to complete the hole with the fourth ball.

It’s a friendly reminder that pro golfers, including a major champion like Duval, are just like us.

Duval shot a 20-over 91 on the first round. Follow along with our leaderboard and live blog for updates.