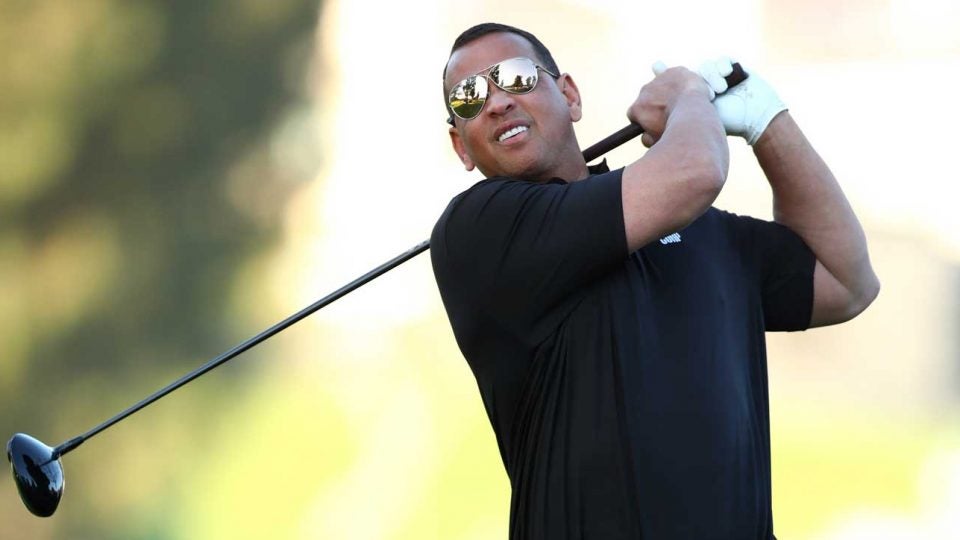 Alex Rodriguez's golf skill is pretty raw, but he may have a future as a celebrity golfer.
Getty Images

LOS ANGELES — Alex Rodriguez was in no rush to hit balls Monday afternoon at Riviera Country Club, but at the very least he should get a few cuts in. After all, he was on the anchor team of Tiger Woods’ squad in the Celebrity Cup. After a week’s worth of celebrity golfers getting undeserved airtime at Pebble Beach, did we need more? We needed some A-Rod, that’s for sure.

Rodriguez was a surprising addition to the scene Monday. His swing is nowhere to be found on the internet. He is not good at golf (and he probably doesn’t care). His bag was the only one of 12 that fell over when a wind gust blew through the driving range. On Monday morning, event organizers weren’t even sure he’d actually show up. But there he was, dressed in all black, doing his best to fit in with his Team Woods teammates, all of whom know their handicap index.

If A-Rod the golfer wasn’t such a novelty, he might have blended in, though the shiny aviators and woven white belt did him no favors. Equipped with no glove and a club caddie, Rodriguez stepped into the golfer’s box between mega movie star Chris Pratt and golf channel personality Blair O’Neal.

Before we move on, more about that bag. A-Rod’s collection of clubs were a golf pawn shop. Almost none of them matched, and a preposterous four (4!) of them were 4-irons. As my colleague Jonathan Wall pointed out, one of those 4-irons was from a women’s set. Two of his clubs were 5-irons. One was an 8-iron that clearly had been played with the plastic casing still on, and another was old, non-conforming Callaway driver. All of that, somehow, led to the crescendo hiding beneath a skinny headcover: the A-Rod baseball bat putter. A rare one-of-one (I hope) golf piece. 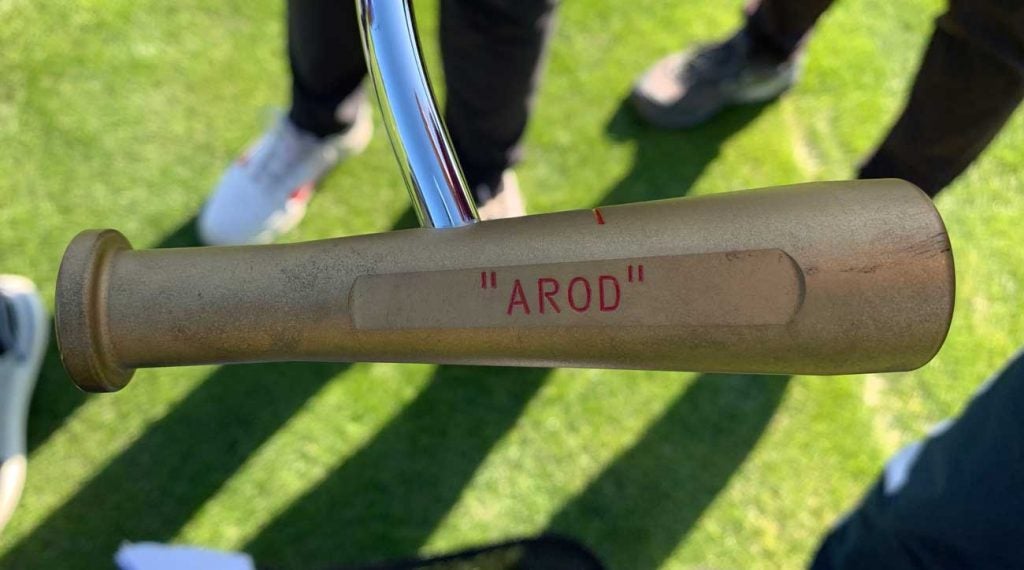 The best part of Alex Rodriguez' golf bag was hiding beneath a skinny headcover.
Dylan Dethier

A-Rod the golfer was swinging some bats.

As for putting the equipment to use, A-Rod took some time to grease the hinges. His first five swings struggled to elevate the ball more than a few feet. His ultra-weak grip and decelerating downswing made for inconsistent contact, but we’ll cut him a break. The baseball swing asks for such significant forearm and wrist action that he’s got a bit of a ceiling to break through during that last split-second before club meets ball. In this sport, that’s all that seems to matter.

When his worked, A-Rod hit (slightly fat) soft draws or hooks. He seemed rather pleased, and why not? That is, after all, a very repeatable, predictable golf move that eliminates half the golf course and the trouble associated with it.

Before long, Rodriguez (and his caddie) learned that the old and decaying grips on his ancient irons (of which there were 14) were crumbling (literally) in his hands. The rubber was wearing away on his calluses. He still had six holes to play and it was time to request a rental set. Tragically, his gain was our loss. We did not get to see A-Rod smoke that buttery 2-iron or the non-conforming driver. We didn’t get to watch him file through his quartet of quatros. Instead, he was given a “trial bag” by Riviera and a new, pearly white glove. The A-Rod we once knew had changed.

Even worse yet, Rodriguez grabbed the putter from this new bag, a modern blade with all the pure-roll technology. He took two practice swings, made one final glance at his baseball putter and moved on.

On a driving range where shanks happened every few minutes, A-Rod showing his golf hand was a reminder that this game both is and is not for everyone at the same time. And that should be just fine with everyone, too. Keep in mind, this man was signing baseballs down in San Diego Monday morning. And then again between the driving range and the 10th hole (one of the trickiest holes, mind you, on the entire PGA Tour). Out of his own goodwill, A-Rod made time for a sport he struggles with at the Celebrity Cup. That’s pretty cool. 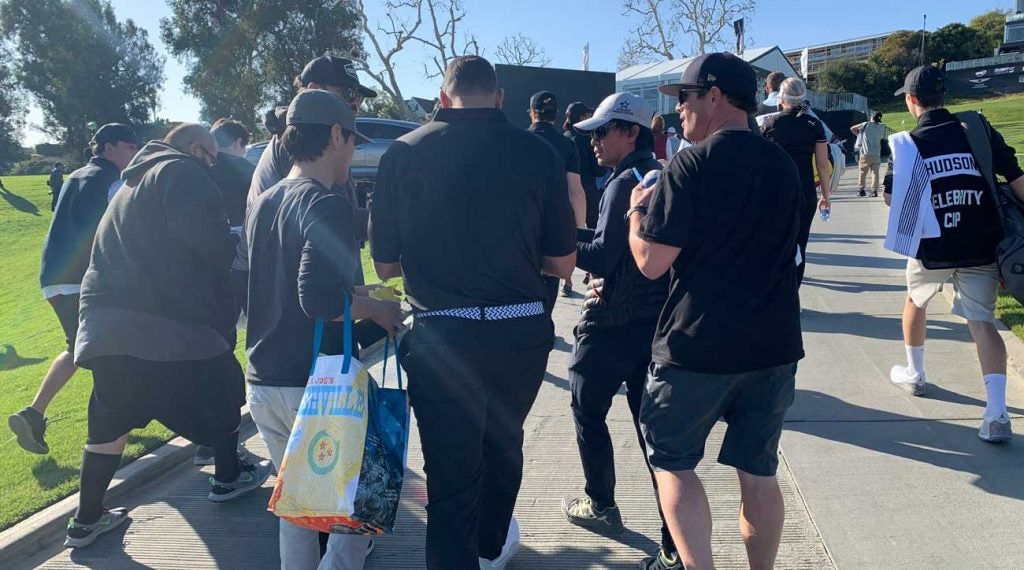 It can't be easy to focus on your golf game when you're being hounded for baseball autographs.
Sean Zak

Was it surprising that his tee shot hooked hard left and into some wispy rough? No. There was about 44 minutes worth of schmoozing, smiling and small talk since his range time ended. After a refresher from his caddie on the rules of Best Ball, his approach through the trees ended up short. His third shot went a touch long, and his 15-foot putt for par traveled about eight feet. He laughed, waited for his opponents to tap in and then dropped his ball down for another chance at it. (This one fell short, too.)

Two hours and six holes later, he and Michael Pena won their match 5-2. Pena even dropped the clinching putt for Team Woods. A-Rod the celebrity golfer is now 1-for-1 at earning trophies.