#AskAlan: What will Tiger Woods do with his Presidents Cup captain’s picks? 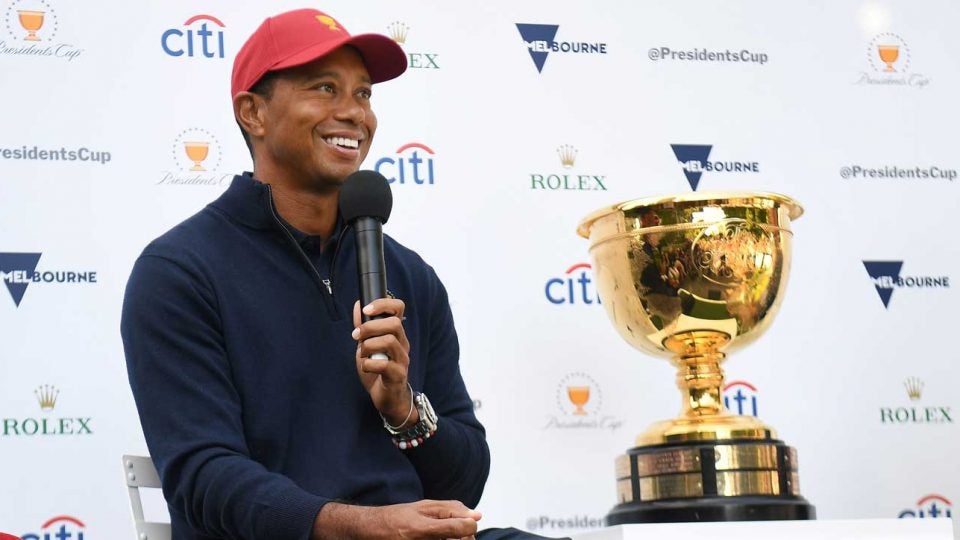 Tiger Woods will have a big decision with his captain's picks.
Getty Images

In this installment of the #AskAlan mailbag, GOLF senior writer Alan Shipnuck fields questions about anything and everything: Tiger’s Presidents Cup captaincy, Sergio’s sponsorship, Lexi’s passport issues and much more.

Koepka is living rent free in what percentage of PGA pros’ heads? – @Jpancake1

Roughly 99%. The only possible exception is one Eldrick Tont Woods, if only because when it mattered most, Masters Sunday, Koepka couldn’t handle the fan hysteria and the weight of history that Tiger brought to their dogfight. But even Tiger knows deep down that Koepka has more game these days.

Will major sponsors start dropping Sergio for his behavior? – @Paul_Regali

You gotta wonder if Sergio slipped something in Thunder Bear’s drink on the flight home from Memphis, if only to make his own chronic misbehavior seem milder. But, yes, at this point Garcia is due for a suspension, and a market correction seems likely, too. Sergio’s results have been been awful — if he’s going to act like this, would you want him representing your company?

Tiger is currently 12th in the US Presidents Cup standings. If TW doesn’t automatically qualify do you think he uses a captain’s choice on himself? – @DreamWeaver2784

I hope so, because watching Tiger juggle playing-captain duties is the primary reason I’ve been excited about this Presidents Cup? Who will he pair himself with? Whom does he want to take on in singles? It’d be great theater and I hope we’re not robbed of it.

Any way Tiger does NOT pick Phil as an assistant captain for the Presidents Cup?  There is no way he is on the team as a player; what would be the fallout if he’s totally excluded?  #AskAlan – @ShootingYourAge

Yes, in the post-Task Force era the Presidents Cup has become an important training ground for future Ryder Cup captains, and that is certainly in Phil’s future. Mickelson has been a de facto team leader for years, and not because of his play. It will be an easy transition into a pom-pom waving assistant captain.

Do Collin Morikawa and Matthew Wolff deserve captain’s selections to the Presidents Cup? If you look beyond the top 10, there aren’t a lot of other options, and the strategy of always going with veterans/cronies on captain’s picks has almost never worked well for the U.S. – @Smith_ce

I’ll be outraged if they’re not picked. The outcome of the Presidents Cup is already ordained; the only hope we have is to be mildly entertained and these two young studs would add a lot of buzz, even if that means sacrificing more established players who have been underperforming. (Jordan, cough cough.)

Collin Morikawa, Matthew Wolff, Viktor Hovland…if the over/under is 1.5 on “How many will play in the 2020 Ryder Cup,” what are you taking? – @ShaneRyanHere

Okay, the Ryder Cup is different from the Prez Cup. It’s all about winning. Would you rather have an aging Poulter or Stenson or the ascendant Hovland? I think almost any captain is going to pick the proven commodities. But Olesen and Hatton and even Sergio could easily play their way off the team, clearing the way for a preeminent driver of the golf ball like Hovland. There may be even more spots available on the U.S. side as Phil and Bubba age out. Reed has certainly blown up his chances to be a captain’s pick, and given that he’s winless since the ’18 Masters it’s entirely possible he won’t qualify on points. Tiger is a wild card, as always. Morikawa is so consistent I could see him piling up enough high finishes to make the team. And Wolff is dangerous any time he tees it up. So, I’m taking the over.

Is Koepka’s success a message that practice is overrated? That if I stop hitting all those balls on the range, this mid- to high-handicap suffer might actually get better? – @TheMrLandon

If, like Brooks, your swing is technically perfect and you have bulletproof confidence in it, if your short-game is rock-solid and your putting stroke flawless than, yes, feel free to practice less.

Koepka’s locked up the Aon and Wyndham bonuses without needing to play this week.  What inane “leaderboard” will the suits think up next, for the 2019-20 season?  The Big Crypto “Circle of Friendship” Longest Putt Award?  The Longest Holeout, brought to you by Target? – @ANTIFAldo

You’re looking at this entirely backward. These awards are not about fan enjoyment. The Tour has one mandate: fleece sponsors and put that money in the pocket of the players and the salary of Tour staffers. In this regards, these silly bonuses have been a wild success.

What do you think of Lexi?  Absent minded blonde?  Princess blonde? Self deserving blonde? – @anjipate

Given that I once left my freakin’ laptop at an airport eatery I’m not going to condemn Lexi for forgetting her passport in her golf bag. The blame for this belongs to the truck driver, who made a series of curious choices, and Lexi’s handlers, who are paid extravagantly to do crisis management and avoid these cock-ups.

#askalan:  How impressed are you with the season Jennifer Kupcho is having?  – @David_Troyan

She’s been a little up-and-down, with some missed cuts and non-factor finishes, but that’s not unexpected from a rookie who has been on a wild ride ever since she tore up Amen Corner. But what I love about Kupcho is that the two times she’s been in contention she’s clearly been playing to win, instead of wimpy golf to protect her spot on the money list. I have zero doubt she’ll win soon. 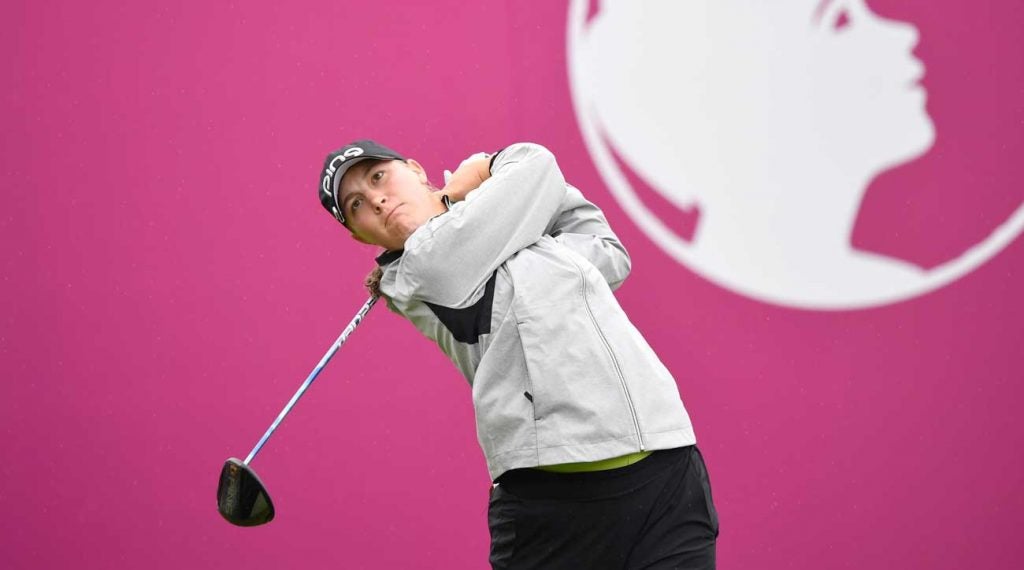 Langer has 40 wins, does he catch Hale Irwin and his 45 for all-time Champions supremacy? (Whether you care is a different question.) – @JohnSchwarb

I actually do care! I covered Hale Irwin a lot in 1997, when he won a record 9 Senior tournaments. And I’ve always been fascinated by Langer, nevermore so than the last couple years as he’s exploded our notion of what is possible for a sixtysomething athlete. Langer is so determined and driven, Irwin’s record is exactly the carrot he needs to power through a couple more big seasons. I think he gets it done.

Golf courses are too short for the pros, manufacturers don’t want bifurcation or roll back, shotmaking is disappearing! My solution: Max number of clubs drops to 12. Players lose a wedge and have bigger gaps. Club sales aren’t hurt. Am I a genius? – @PaulKoehorst

Bill & Ted are geniuses. You have merely come up with a decent idea to make the game slightly more challenging for the pros. But as long as they have nuclear drivers and atomic balls and 64 degree wedges with grooves so sharp you can use them to shave … well, I’m not sure there would be a big impact on scoring.

Give me something to look forward on the golf calendar for the rest of the year. Seriously, there is not one thing to get excited about. – @DJohnsonsSWAG

Umm, the BMW PGA Championship, the flagship event of the European Tour? Next week’s Ladies Scottish Open. The Korn Ferry playoffs, which throb with tension. The Dunhill on the f’ing Old Course. The Solheim Cup. The Australian Open. The South African Open. The LPGA’s Tour Championship. The First Tee Open, the best event on the Senior Tour. Must I go on?

AS, I’ve made it into two #askalan columns.  Is this as good as it gets?  Should I just retire with such a good track record? – @FakePoulter

This is your victory lap. Enjoy it, because I just retired you.