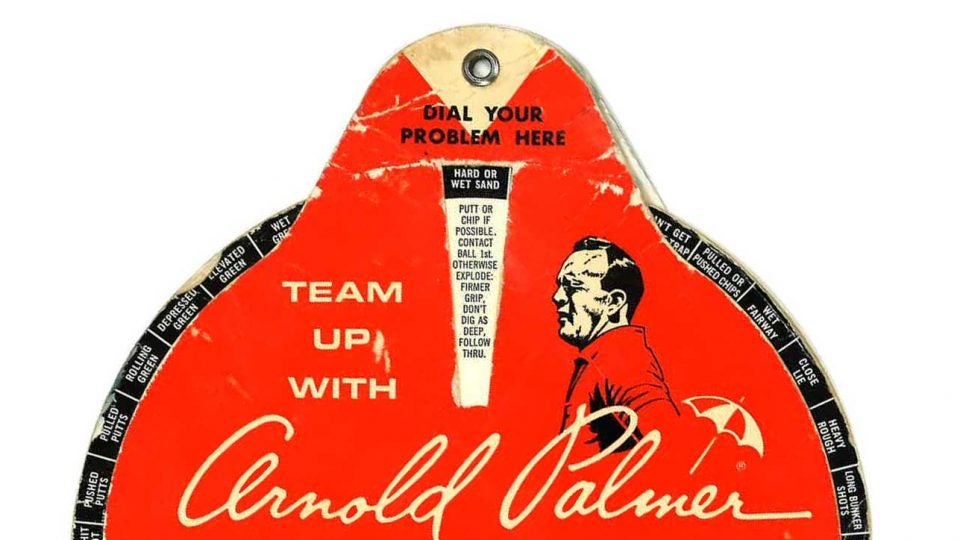 Ageless tips from Arnold Palmer are just a spin away.
Sean Zak

The only instruction aid most golfers would ever need is three pieces of hard-stock paper bound together by one fastener that has tips from one of the greatest players of all-time. It was released in 1966 under the name “Team up with Arnold Palmer.”

The story of this tool, for me at least, begins with a man named Rod Billerbeck, whose stint as the physical education teacher at Gibraltar High School preceded that of my father, 32 years ago. Billerbeck was a local baseball legend who also loved golf, working in a pro shop and grinding on his game during the summer. When my dad moved into Billerbeck’s old office, he found a small box of golf goods that were left over. In it were old scorecards, range balls, tees — the usual stuff — and one more thing: an instruction slide wheel from Arnold Palmer Enterprises.

It offers 360 degrees of tips on 36 different shots (plugged lie, downhill lie, elevated green), as well as causes and corrections for 10 of your most typical screw-ups (slice, hook, etc.). For the golfing individual who doesn’t want lessons, doesn’t think they need lessons or cannot afford lessons, it was AND IS a legitimately useful instrument to bring to the range. 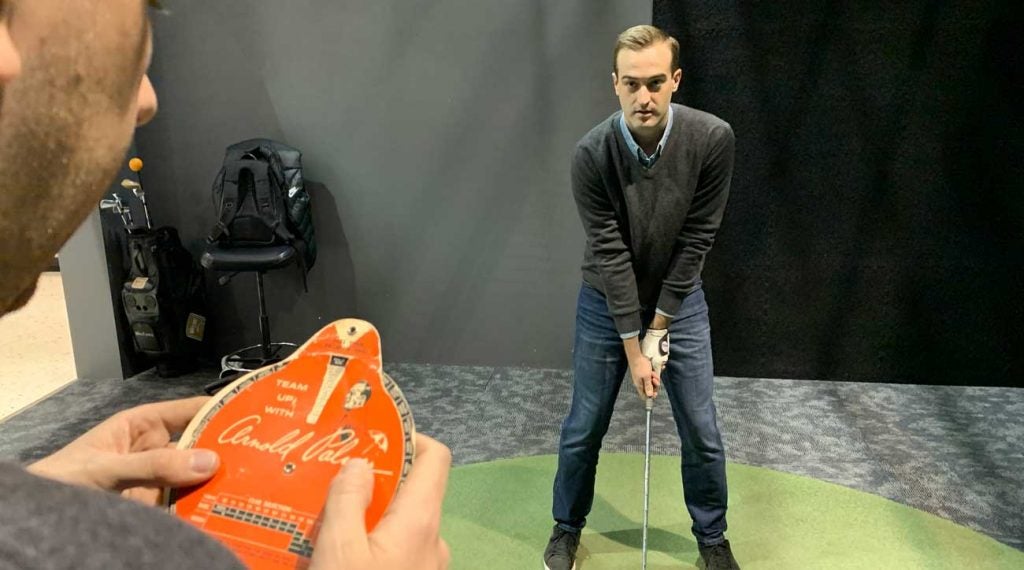 Trying to learn the intricacies of the game on your own isn't easy, but Arnold Palmer was trying to make it easier back in the mid-60s.
Dylan Dethier

Hitting from a water hazard?

Arnie says … Open stance and club face. Enter water well behind ball, but be sure to contact ball before hitting the bottom.

That’s just three of the clues tucked within. Flip the diagram around and you’ve got fixes for potentially bigger issues in your game. 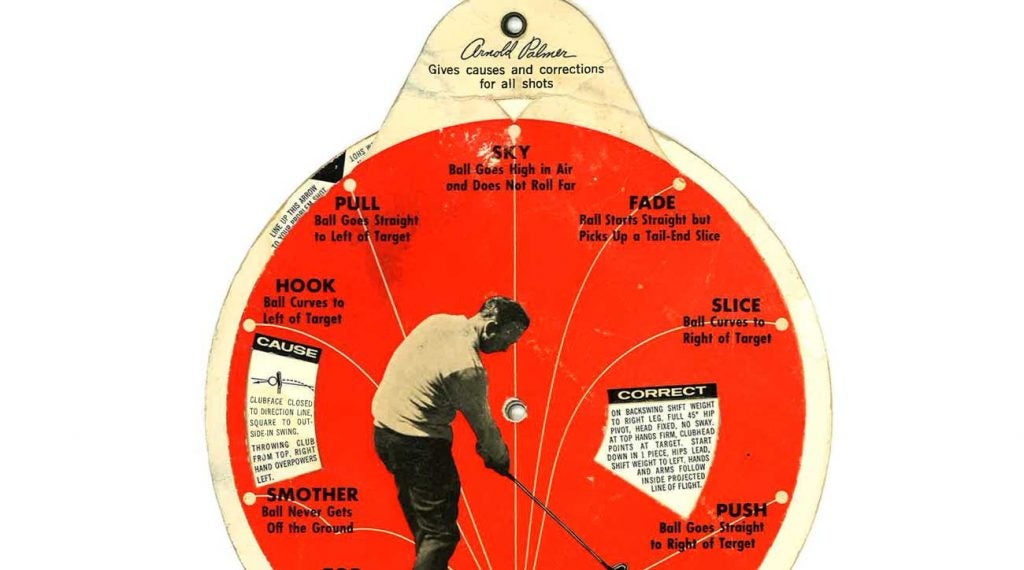 Arnie's fixes might be a bit complex, but all the info is right there waiting for you.
Sean Zak

As someone who recently hit a perfect draw, on command, one day after receiving a lesson on how to do so, I have rarely felt more powerful on the course. I proceeded to ignore the game for two months (winter problems) and forgot most of the aspects that helped me hit the draw. Insert Arnie and this tool, beautiful in its simplicity. Putting it to the test, most of the advice checks out.

My result: A low, hooking 9-iron that traveled 151 yards.

My result: A 7-iron that soared straight and dropped down at 154 yards.

How to Slice was next. Followed by How to Hook and the other once- or twice-a-round miracle shots you’d love to pull off with more regularity. For me, the issue isn’t as much the action involved with shaping shots or fixing my swing on the fly. It’s more about remembering exactly what is important. Arnie’s diagram is simply an adult version of the mental math flashcards we did in elementary school.

At its core, the dial is a memory device. Mastery of the shots is entirely optional and entirely up to you. If you’re quick enough, there are a couple available on eBay. Mine isn’t for sale.