The disruptive behavior of fans outside the ropes at PGA Tour tournaments has been referenced by a handful of notable players this year, Rickie Fowler, Justin Thomas and Rory McIlroy among them. “I think they need to limit alcohol sales on the course,” McIlroy said in March. “Every week it seems like guys are complaining about [unruly fans] more.”

How widespread is the problem? 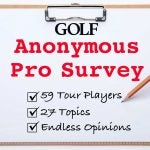 In GOLF’s anonymous player poll, out this month in the October issue, 53% of the 59 respondents said that unruly fan behavior has cost them at least one shot in a tournament. “Every. Single. Week,” one player said. 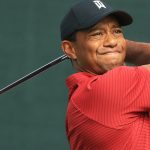 You may also like Anonymous Player Poll: An overwhelming majority of pros believe Tiger will win another major

For some players, there is an upside to relative anonymity, compared to the Tour’s biggest stars. One Tour pro remarked that he never has to deal with hecklers: “Not enough people are ever watching me.”

Pros have different methods for dealing with the fans who won’t stop making noise, whether that’s responding themselves or dispatching their caddies to silence the hecklers. Earlier this year, after hearing from a fan at the Honda Classic, Justin Thomas responded in kind.

“Who said that?” Thomas barked. “Who yelled for that ball to get in the bunker? Was that you? Enjoy your day, buddy, you’re gone.” 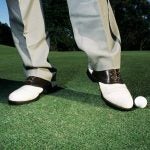 You may also like Anonymous Player Poll: Nearly half of PGA Tour pros have witnessed cheating during a tournament 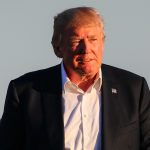