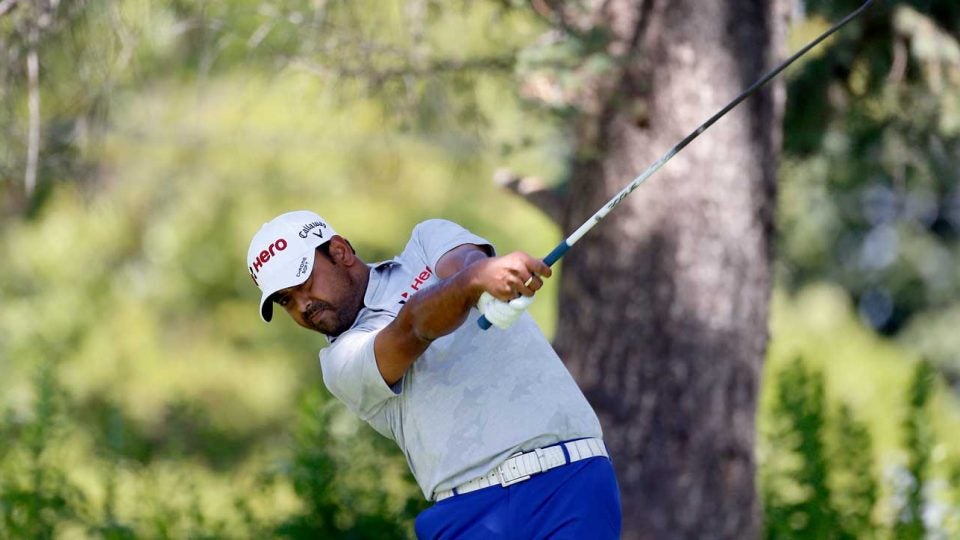 With Hurricane Dorian threatening off the coast of Florida, Americans all across the southeast U.S. are bracing for impact. Anirban Lahiri announced on Friday that he was withdrawing from the Korn Ferry Tour Championship to help evacuate his family from their Florida home.

“Unfortunately had to withdraw from [the Tour Championship] to head back to Florida and evacuate the family,” Lahiri wrote on Twitter.

While the storm is not expected to hit land until the end of Labor Day Weekend, Palm Beach County is expected to be in its path. Lahiri, who lives in Palm Beach Gardens, is among dozens of Tour pros who live along Florida’s Gold Coast.

Unfortunately had to withdraw from @tourchampulf to head back to Florida and evacuate the family. Cat-4 #HurricaneDorian2019 estimated to make landfall in 72hrs. See you all @PGATOUR in a couple of weeks. #familyfirst

Lahiri had a tough 2018-19 PGA Tour season. He posted just a single top-25 finish and ended up 178th in the FedEx Cup standings, falling to No. 278 in the world and sending him to the Korn Ferry Finals in an attempt to regain status.

In his first two events, Lahiri found success. He posted a T7 at the Nationwide Children’s Hospital Championship, then followed that with a T5 at the Albertson’s Boise Open. As a result, Lahiri entered this week in 7th position in the Korn Ferry Finals and remains likely to secure partial status on the PGA Tour next season despite the WD.

Some reports have warned that Hurricane Dorian could be the worst to hit Florida since Andrew in 1992. Andrew was ultimately classified as a Category 5 and was directly responsible for the death of 26 people. Dorian is expected to make landfall on Monday, with wind speeds as high as 130 miles per hour.