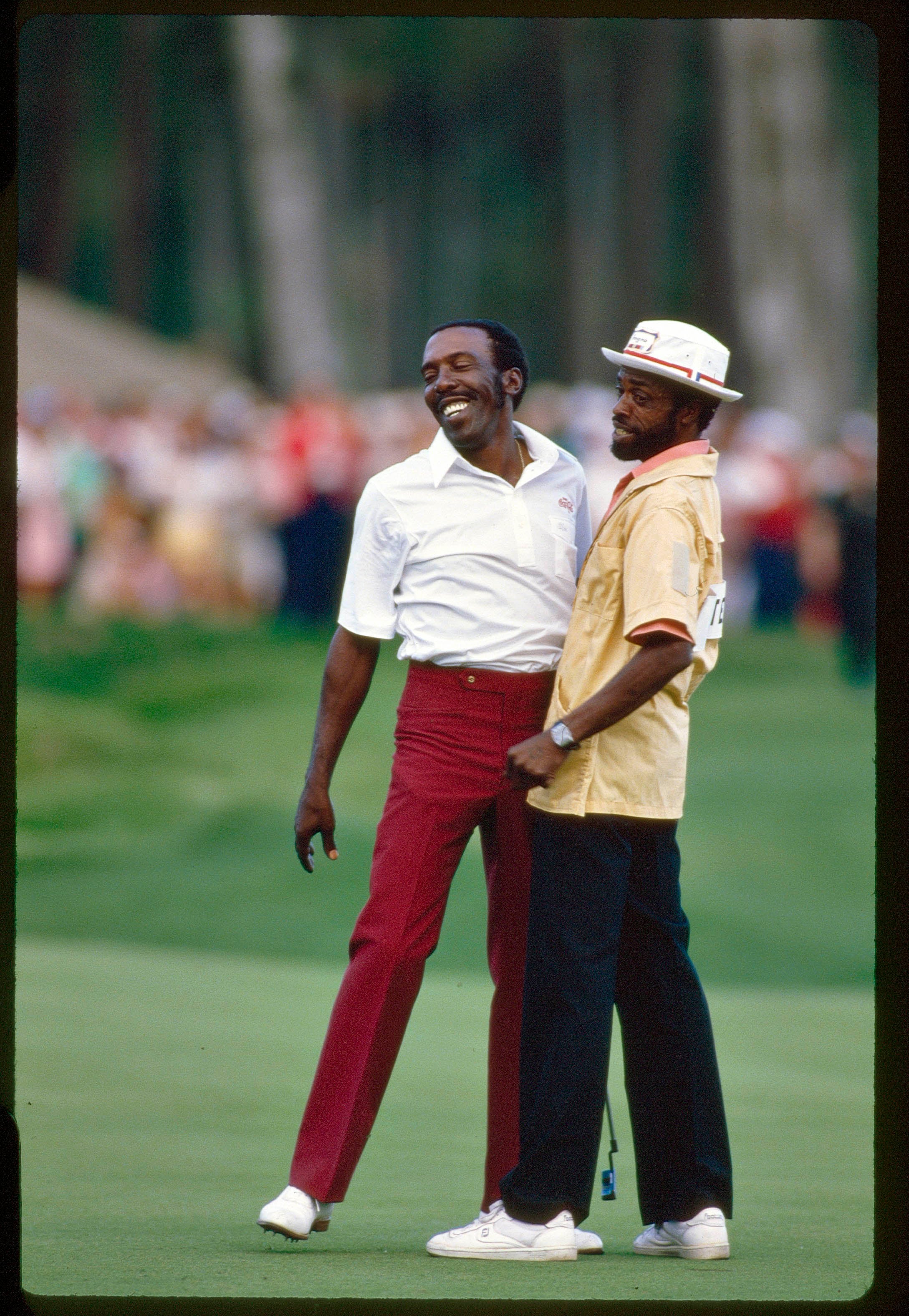 He had a long, fruitful, volatile relationship with Raymond Floyd—and Raymond’s wife, Maria—going back to the 1960s. “I fired him six times,” Floyd once told me. “Maria hired him seven.”

The caddie-player relationship was different then. The caddie was less of a technocrat and more attuned to the emotional state of the golfer. At least, Golf Ball was like that, as was his running mate, Herman Mitchell. You could fit three Balls in Mitch, who caddied for Lee Trevino for years. They were Mutt and Jeff, but they both could play and they both had the empathy gene—the ability to really understand another person’s plight—embedded in their DNA. Don’t mistake that for new-age wishy-washiness. Anything but! Golf Ball in his prime was cocky man in a porkpie hat who didn’t walk the Tour’s fairways, he strutted them, as if they were his personal property. You know that move that Jim (Bones) Mackay has where he stands over Phil’s putts to read the break as if he were going to putt it himself? Golf Ball owned that move. “Steve Williams was the most professional caddie I ever had,” Floyd once said. “But Golf Ball was the best.”

Golf Ball lost a Lincoln that Floyd owned. Floyd bailed him out of the pokey on at least one occasion. Floyd tolerated Golf Ball’s occasional unannounced leaves, brought on by the complications of life when there were not enough hours between sunset and sunrise. No matter. The underlying emotion between these two sons of the South, identical in age and (in ways) background, was love. When Floyd went a record time without firing Ball, Golf Ball said to him, “You and me is married now.”

I never knew Golf Ball but I observed him from a close distance and I found him (in his 1980s prime) scary and fascinating. In May of 2013 I went to see him in nursing home in Jackson, where he lived the final frail years of his life. He was on dialysis and had a host of other health issues. His mind was sharp and his appreciation for the life he had led was inspiring. He talked about leaving segregated Jackson for the segregated pro golf tour—it was not yet the PGA Tour—in 1963.

There was a running theme in his stories: sex and the promise of sex; shiny cars and broken ones; long nights and hangovers; DSP fairway woods and yanked putts; a string of motels that ran from Boston to L.A. Those motels were not his home. The tour was, lower case t, in the day when professional golf in this country really was a tour, and not the thing it is today, when you drop in when it suits you.

“See you got yourself a white boy caddying for you now,” Ball once said to Floyd.

RIP, Ball, and the world you represented so well.