Abraham Ancer has been here before, and in the playoffs, too.

He’ll begin Sunday’s final round of The Northern Trust in the final pairing with Patrick Reed, who at 14 under leads Ancer by a stroke.

Ancer, 28, is winless on the PGA Tour, but this is the second time he’s played himself into a final pairing. The last time was almost a year ago, at the 2018 Dell Technologies Championship at TPC Boston. Ancer held the 54-hole lead, but he shot 73 and tied for 7th as Bryson DeChambeau won.

“I didn’t play bad,” Ancer said on Saturday, looking back at that close call. “I just didn’t make the key putts that I needed to make in certain parts of the round. But yeah, just the way I felt there, I think that situation is going to help me a ton.” 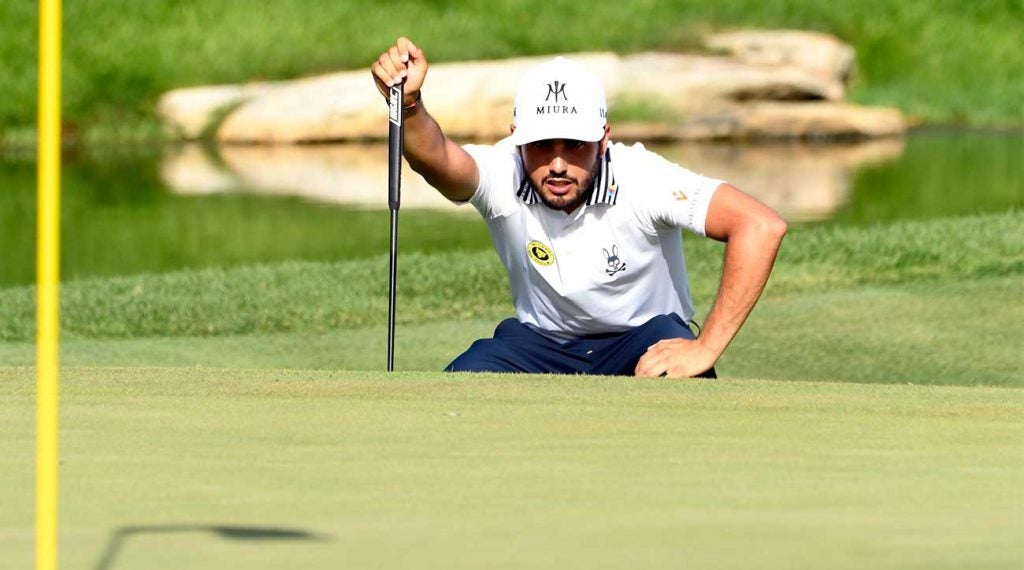 Abraham Ancer lines up a putt during the third round of The Northern Trust.
USA Today

Ancer shot a three-under 68 on Saturday at Liberty National to put himself in contention on Sunday, where he’ll try to become the third native Mexican player to win on the PGA Tour since 1970.

“Very pleased with the way I played [Saturday],” he said. “Extremely tough conditions out there. The golf course firmed up a ton. It was definitely a different animal than the last two days. Excited for tomorrow.”

Ancer has never finished better than T4 on Tour, but he’s in a good spot for Sunday and has already made big moves in improving his FedEx Cup standing, which will get him to next week’s BMW Championship. He entered the week 67th in the standings (the top 70 move on), and he’s already projected to jump all the way to 11th, which would go a long way in helping him lock up his first-ever Tour Championship start in two weeks.