3 things to know after Round 3 at the WGC-FedEx St. Jude Invitational 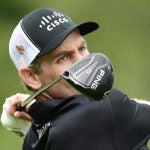 Brendon Todd tees off on the 2nd hole at TPC Southwind on Saturday.

Brendon Todd made five birdies. He made four bogeys. Never too high, or never too low. Todd entered the day with a two-shot lead. He left with a one-shot lead.

Todd’s 1-under 69 follows rounds of 64 and 65 to give him a 12-under total and a one-shot lead over Byeong Hun An. Three of golf’s biggest names are right behind – Rickie Fowler is two shots back, Brooks Koepka is three strokes back and Justin Thomas is four shots back.

Where Todd was steady, Koepka was rocky.

He opened the tournament with an 8-under 62, tying his career-low round. He was nine shots worse in the second round. The trend continued on Saturday. He double-bogeyed the par-4 2nd hole after hitting into two bunkers and nearly a third. He bogeyed the 6th. He played holes 9 through 16 at 6-under. He bogeyed the 17th. He ended up with a 2-under 68 – which could have been both much better and much worse.

An had but one blemish in his 4-under 66 – a double bogey on the par-3 11th – and he is a stroke back. Fowler started the day two shots back and ended it two shots back – his 69 matched Todd’s. Four back was Thomas, who was 3-under over his final four holes.

Tom Lewis opened with two pars. He made only five more the rest of the round.

He birdied his third, fourth, fifth, sixth and seventh holes. He bogeyed his ninth. He birdied his 11th, 12th, 15th, 16th and 18th holes. Lewis finished with a 9-under 61, his career-low round on the PGA Tour, and he moved up 47 spots on the 78-player leaderboard.

“I think when you shoot a score like that, everything’s got to go your way,” he said. “When I was out of position, I was able to recover well. … My putting was on point, I hit a lot of good shots, greens are perfect. If you don’t get it on line, good speed, it’s not going to go in, it’s not going to come back, so obviously I was rolling it well.”