Tiger Woods has not committed to being playing captain at the Presidents Cup…or has he?

It’s possible that Tiger Woods has already made up his mind about playing in the Presidents Cup this fall.

As early as April, Woods has been signing his Captain’s blogs with U.S. Team “Captain” crossed out, replaced by “Playing Captain.” The most recent blog came this week, with that same sign-off at the end, with no further context applied to it. So, what does it all mean, Tiger?

It means we very well may have the first playing captain since the inaugural Cup in 1994, adding his name to the list of playing captains in team events, which includes Arnold Palmer in the 1963 Ryder Cup.

Woods did not qualify for the team on points, but is set to make four captain’s picks the week of November 4. He would have to use one of those picks on himself, and he has said in the past he is not afraid to do so. Woods clarified that in order for him to select himself, he would want the team of players to back him unanimously. 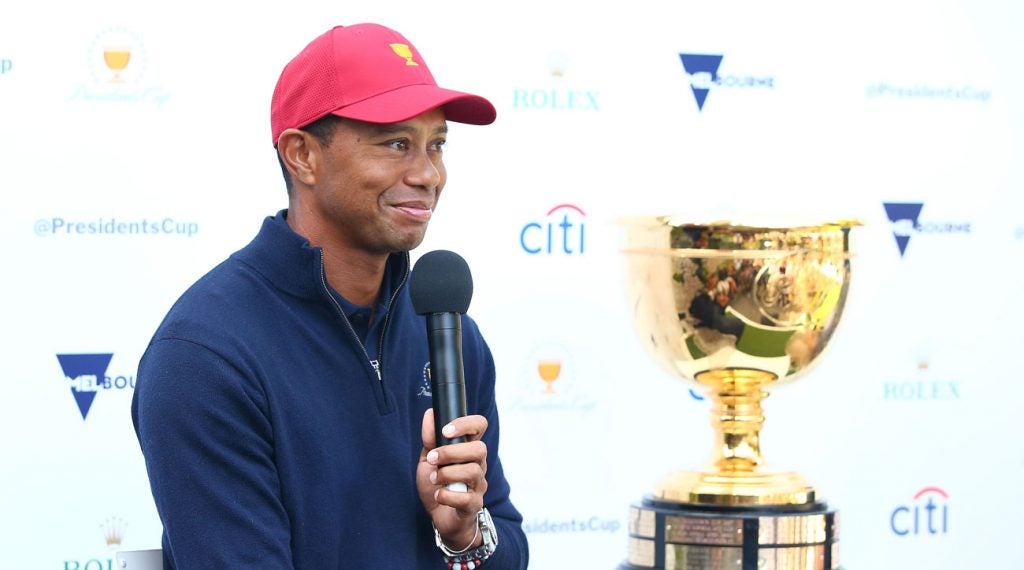 Tiger Woods will captain the American team in Australia, but will he play, too?
Getty Images

With just seven weeks until those selections, if Woods stays true to his blogs, he will only have three names to choose. The leaders in that competition would be Tony Finau, Gary Woodland — who won the U.S. Open at Pebble Beach — Rickie Fowler, and Captain America Patrick Reed. Those are the names on the Presidents Cup standings between no. 8, Bryson DeChambeau, and no. 13, Woods. Woods didn’t exactly finish the season strong, missing the cut at the Open Championship, withdrawing from the Northern Trust and tying for 37th at the BMW Championship. He then had arthroscopic surgery on his left knee, but plans to be back and ready to play the Zozo Championship in Japan in October.

One more name of intrigue would be Phil Mickelson, who has famously played on every Presidents Cup and Ryder Cup team since 1994. After winning the AT&T Pebble Beach Pro-Am earlier this year, Mickelson struggled, putting his inclusion in question. It will be up to Woods whether Mickelson is involved or not.