PORTRUSH, Nothern Ireland — Much as I love my domestic coverage around the majors, and miss it while I’m abroad like I am this week, one of my favorite things about being back to my homeland for the 2019 Open Championship is getting a heavy dose of the British broadcasters’ event coverage. It gives you a taste of how golf fans in the United Kingdom are experiencing the event, and, in some cases, what we might be missing.

Sky Sports has been rolling out a series of these segments throughout the week, and every time they do my heart jumps. The concept is so simple, but it’s must-watch TV.

The underlying technology is provided by MRMC and Dimensio, and uses a process called “volumetric capture,” which creates lifelike digital replicas of the players. The players are then beamed into Sky Sports’ on-site studio, where host Nick Dougherty begins analyzing as if they’re swinging right in front of him. 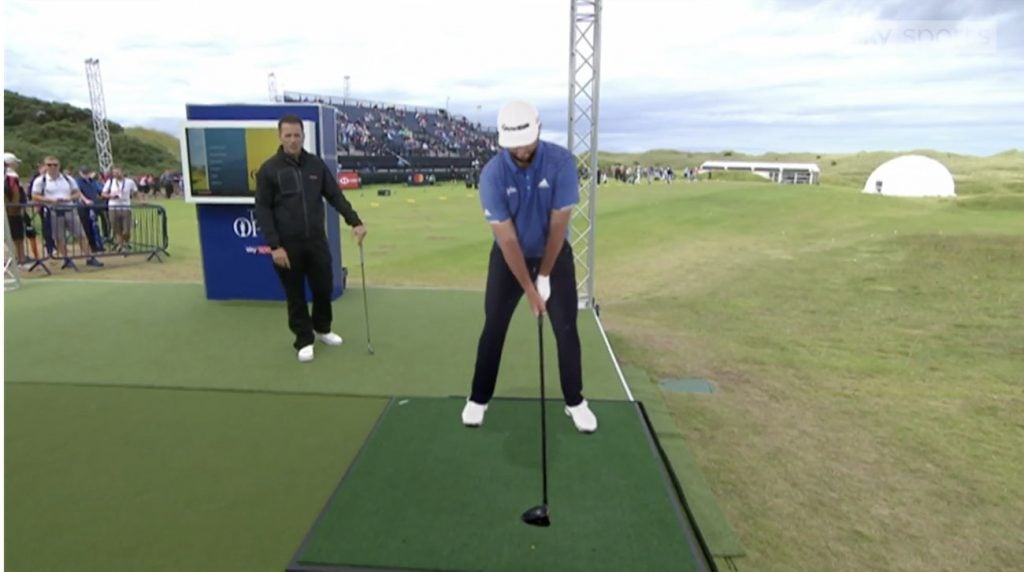 But because they’re digital replicas, the camera isn’t restricted to a single location. It can move all around, pulling in close or pivoting around as Dougherty describes related elements of the swing. Like below, when the hosts were highlighting Dustin Johnson’s arm structure, and how it relates to the clubface.

The segments last about four minutes, and for a golf swing nerd like me, they’re fast becoming the highlight of my day whenever I see them pop on. So far they’ve done four of them. Unfortunately, you can only see them if you’re based outside the U.S., but if that’s you, check them out below! And if not, enjoy the lovely twitter reaction from golf fans who are raving about the tech and let your imagination run free,

The #skyscope technology on @SkySportsGolf is tremendous. Learning so much I might actually be able to impress that golf playing bloke I live with.

Appreciate it's not free to air, but golf coverage by @SkySportsGolf is groundbreaking. #Skyscope is beyond belief. #TheOpen Yeah it's not cheap but it's a must have for me.

That SkyScope technology @TheOpen is amazing stuff! Well done @SkySportsGolf Great innovation. @NickDougherty5 how much is it? #alot

@NickDougherty5 brilliant piece about the skyscope,you've turned into a real top presenter .