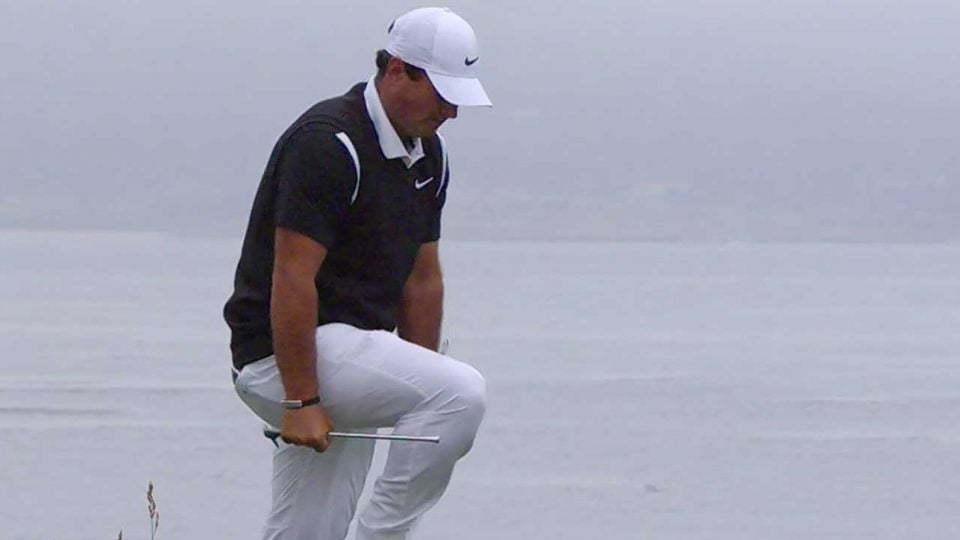 Patrick Reed snaps a club after chunking a chip during the second round of the U.S. Open.
FOX Sports

PEBBLE BEACH, Calif. — Patrick Reed was battling to make the U.S. Open cut on Friday night when a chunked chip led to a two-over 73 — and one broken wedge.

Reed was even for the week when he came to the par-5 18th hole at Pebble Beach. His approach flew over the green and he was stuck with a difficult flop shot, which he launched back over the green. But it got worse. The 2018 Masters champion chunked his next chip, and seconds later he snapped his wedge over his knee.

Reed eventually composed himself, chipped on and made his putt for double bogey to shoot 73. After Reed’s first-round 71, he sits at two over for the tournament and made the cut on the number.

a clean break AND a clean handoff, to be sure pic.twitter.com/4nyvjVMV7g