The 11 most exclusive golf clubs in the world

The courses featured on our ranking of the world’s best are always challenging and often beautiful, but some of them will never be accused of being welcoming, even to the paying members. These are our picks as the most exclusive clubs in the world, places where even the biggest names in the sport can be turned away.

Bob Hope once memorably summed up Cypress Point: “One year they had a big membership drive at Cypress. They drove out 40 members.” Hope was himself a member for more than 40 years, but he didn’t recall playing there more than a half-dozen times outside of the “Crosby Clambake.” He still paid, however. At the end of every year Cypress Point divides its total operating costs evenly among the members, even if they never set foot on the property that year.

The 300 or so members of Augusta National include generations of Southern society folks and corporate titans who are discouraged from using the club too often. Microsoft founder Bill Gates was kept out for years for the sin of stating publicly that he wanted in. He made it, eventually. 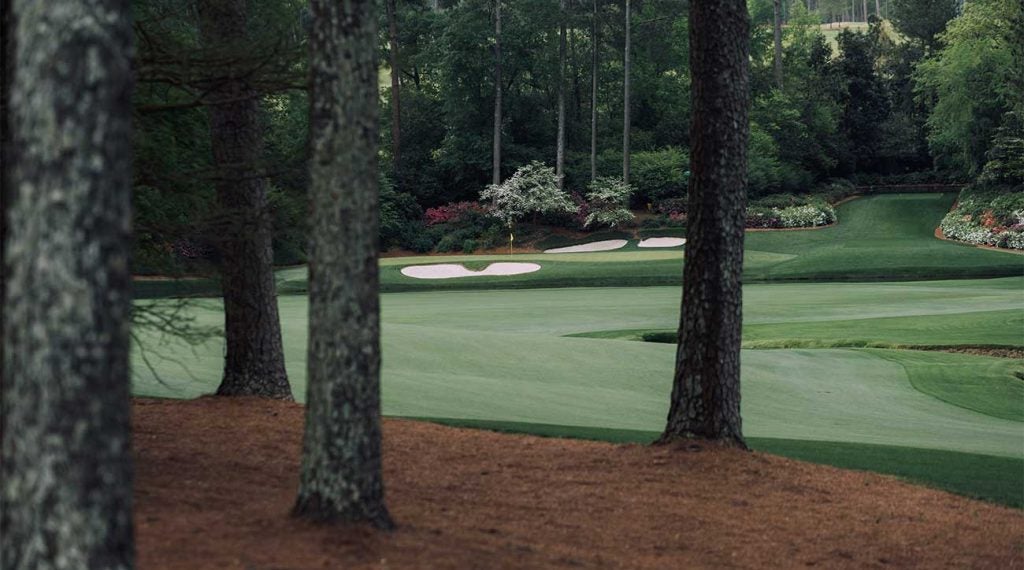 Ben Hogan used to practice here for 30 straight days every spring to prepare for the Masters. He once said, “If I were a young man going on the pro tour, I’d try to make arrangements to get on Seminole. If you can play Seminole, you can play any course in the world.” Easier said than done, Ben.

Home to the first collection of “all-star” holes in the United States, courtesy of pioneering architect and club founder C.B. Macdonald, this museum piece in the ritzy Hamptons is renowned for serving the best lunch in American golf. Just not to outsiders. Wandering amid the windmills, punchbowl greens and views of Peconic Bay is a membership that values its privacy. Just take it from a couple of PGA Tour winners who asked to come tee it up after missing the cut at the 1995 U.S. Open at nearby Shinnecock Hills. “Certainly,” they were told. “Who is the member with whom you’ll be playing?” 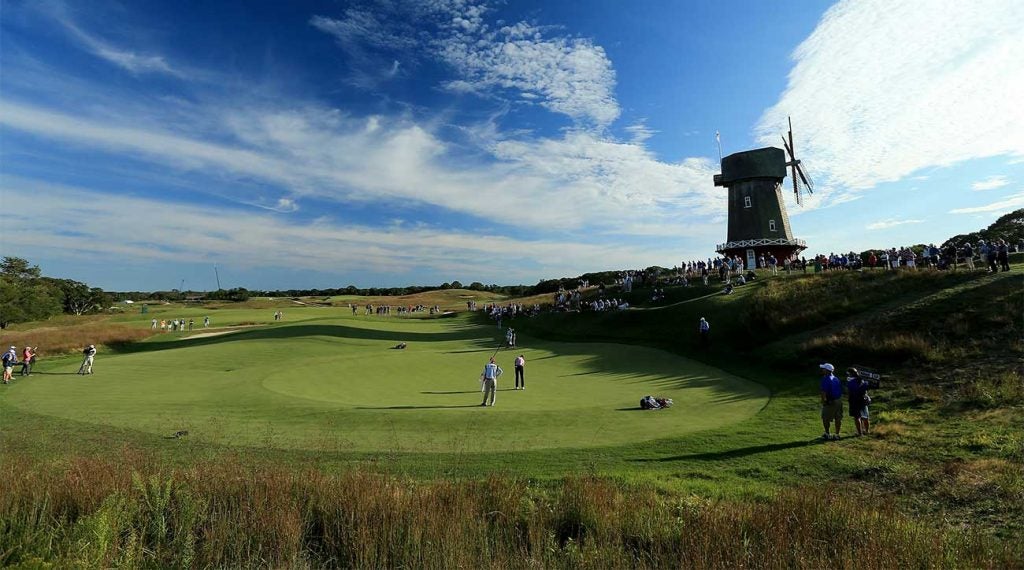 One of the five founding clubs of the United States Golf Association in 1894, Chicago was also the site of the nation’s first 18-hole course and the first to host the U.S. Open outside of the Northeast. With only about 100 members and a steeplechase worth of hurdles to clear in order to get in, it’s no wonder that little has changed there in 100 years. Driving up to the colonnaded white clubhouse, you half expect to see a horse buggy come ’round the bend.

Start with the name: this place is so old and crammed full of Boston bluebloods that it didn’t need any further qualifiers. Brookline, as it is often known, is the very first “country club” in the United States, dating to 1882, and was another of the USGA’s founding clubs. It was here that neighborhood lad Francis Quimet put American golf on the map with his stunning 1913 U.S. Open upset of Brits Harry Vardon and Ted Ray, but membership policies haven’t changed perceptibly since that time. A look at The Country Club in Brookline, Mass.
Getty Images

Accessible only by ferry, this summer resort island off Connecticut is populated by the oldest of the old money crowd and is almost as difficult to get to as it is to join. Architect Tom Doak said, “I cannot deny that on a breezy summer’s day, Fishers Island is one of the most idyllic places possible for a round of golf.” No doubt the ambience is enhanced by the paucity of players roaming its Seth Raynor-designed fairways.

The Honourable Company of Edinburgh Golfers lays claim to what some call, “The rudest club in golf,” but they did write the first rules of golf, back in 1744. Apparently, one of the unwritten rules is that they can keep company with whom they wish. Right after he won the British Open there in 1980, Tom Watson grabbed pals Ben Crenshaw, Andy North and Tom Weiskopf for a few after-dinner swings. Club officials promptly escorted them off the course. And in 1991, reigning U.S. Open Champion Payne Stewart asked to play with friends on one of the visitor days to practice for the British Open. He was curtly told the club was fully booked. 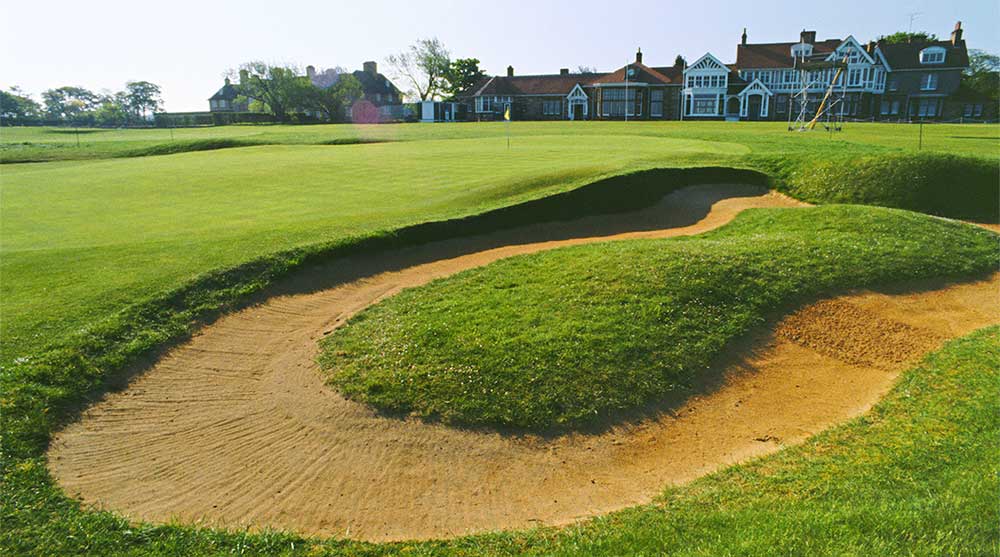 The brainchild of financial wizards Charles Schwab and George Roberts, this Hawaiian hideaway is carved from a Big Island mountainside with views of the Pacific on every hole. Nanea spreads out to 7,503 roomy yards, courtesy of Bandon Dunes architect David McLay Kidd, but they could shorten it by 3,000 yards and you still wouldn’t see anyone else. According to CBS broadcaster Peter Oosterhuis, “You feel like it’s just you and the golf and nothing else.”

Northern Ireland’s most socially conscious golf club is awash in doctors, lawyers, judges and industrialists, mainly from Belfast. There’s no waiting list, not that it matters: few members leave before death and membership is by invitation only. What’s valued is camaraderie, the better to contend in the Hat game, where names are drawn to see who plays with whom. A bit of patience is in order, too, to handle one of the most beautiful, brutal links in the world. It’s not impossible for a visitor to play as a guest, but bring a blazer and be prepared to change clothes and shoes in the car park. As David Feherty once wryly said, if you show up without dandruff on your collar then the club will provide it for you. 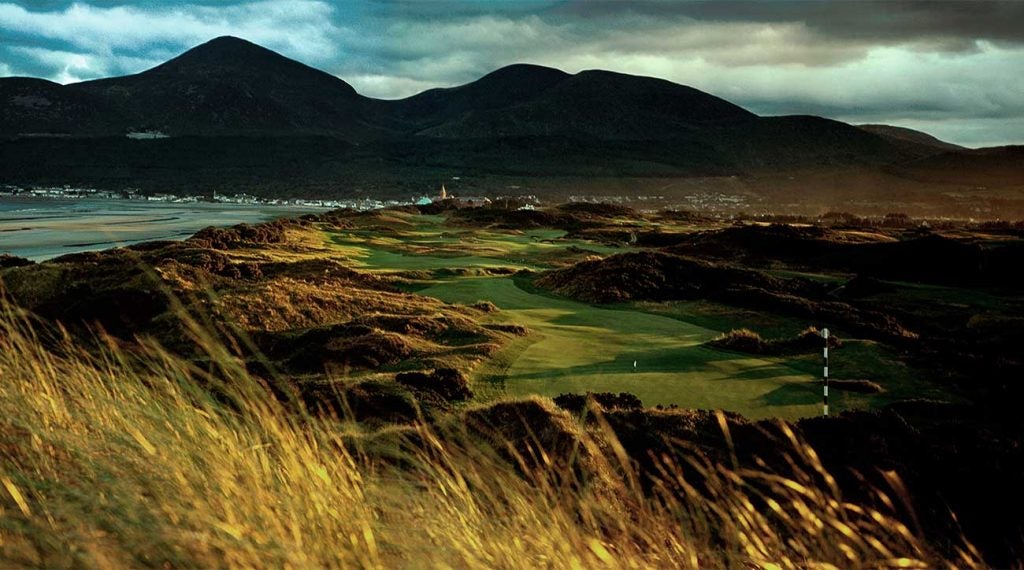 In a nation that prides itself on custom and formality, its finest club illuminates those virtues perfectly. If you think obtaining inexpensive Kobe beef is tough, try getting a tee time at Hirono. Despite its top-tier ranking, this intensely private club has played host to only two events of note: the Japan Amateur and the Japan Open, both held in the 1930s. In a 1963 exhibition match Jack Nicklaus became the first man to reach the 565-yard, par-5 15th hole in two, but not many outsiders since have had a chance to duplicate the feat.