These are 3 of the most popular cigar brands to enjoy before, during or after your round

There is no better feeling that smoking a cigar after some golf.

There’s almost no better feeling than — after finishing 18 holes with your buddies on your local course— all commemorating your quality time together between the links with a nice cigar.

And for that, we turned to Cigar Aficionado, which used research from a Cigar Insider poll of 87 cigar shop owners and found — for you (and your buddies) — the top three hottest and most desirable cigar brands right now.

If you’re a golfer who enjoys a cigar before, during or after your round, here are a few popular ones to consider:

The number one cigar comes in as no surprise. The Padrón 1964 Anniversary Series has been one of the highest regarded cigars since 1994, the year it was launched. Launched as a more upscale and refined version of the Padrón series, this Nicaraguan cigar’s iconic box-pressed shape set a precedent for the market from its conception. 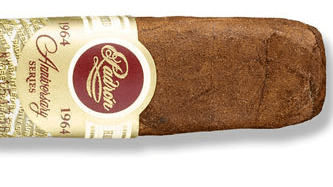 All kinds of complex coffee notes define this box-pressed cigar from roasted arabica to dark robusta. Hints of dried cherry and caramel add sweetness before the rich finish of espresso and molasses.
Buy Now

Arturo Fuente’s “Arturo Fuente Don Carlos Eye of the Shark” is not a cigar to miss out on. Rated by Cigar Aficionado as the 2017 Cigar of the Year — with a score of 97 points — it is often in high demand and unfortunately for all of us, short supply. 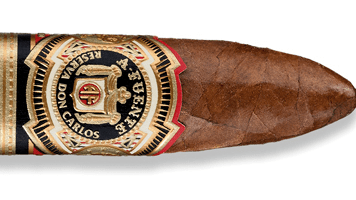 An attractive torpedo with a squarely pressed foot. Its lush draw delivers big notes of cedar, nuts and leather with a finish that smacks of cider. Tasty and complex.
Buy Now

Another Fuente cigar, the OpusX is the pinnacle of Fuente products. An extremely rare cigar created in the cigar boom, this Cuban-seed, Dominican wrapped cigar was almost impossible to come across during its release in the mid-1990s. While they are more prevalent now, they are still consumers’ top pick. 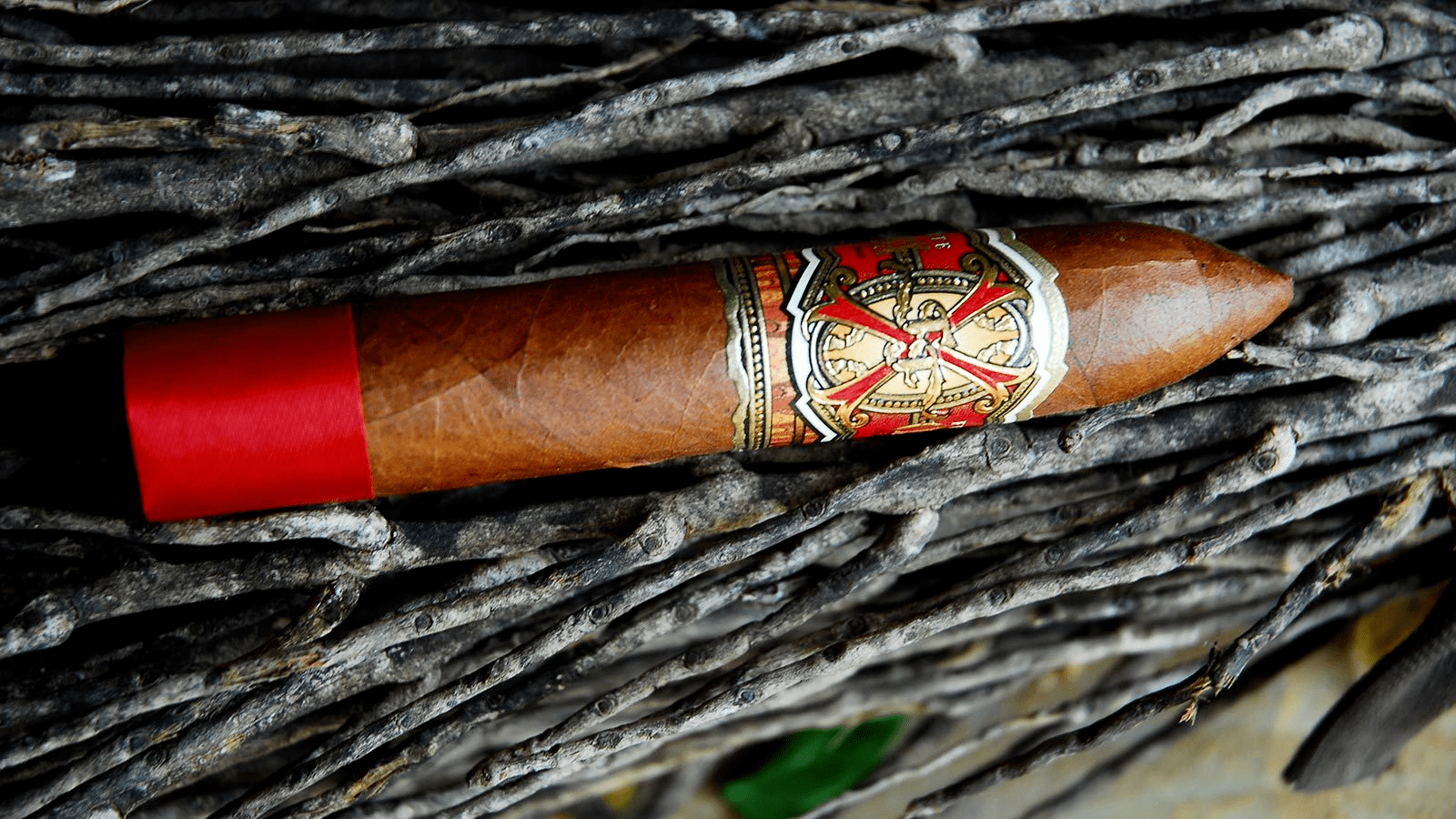 A mini belicoso rolled with a perfectly symmetrical head and a wrapper the color of milk chocolate. The burn is clean and even, producing an unusually sturdy ash. Notes of cedar and peanuts compliment the salt and pepper core before a woody finish.
Buy Now