What’s the key to surviving an impossible golf hole? 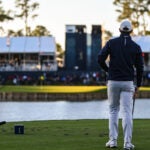 What's the key to navigating the impossible?

Welcome to Play Smart, a game-improvement column that drops every Monday, Wednesday and Friday from Game Improvement Editor Luke Kerr-Dineen (who you should follow on Twitter right here).

Much like reports of those awaking from their death beds claiming to have caught a glimpse of heaven, finding “the zone” is among the most intriguing mysteries in golf.

What is it? How do you access it? What is it like? Those who embark on answering those questions must set sail into an ocean of unknowns, leaving the rest of us to watch from the shores. Yet throughout, there’s one consistent report that keeps coming back, assuring us that there is, indeed, salvation on the other side.

Maybe you’ve even experienced it yourself: That in those blessed moments when you’re in the zone, the target looks bigger, the ball itself looks smaller, and then everything around it fades into irrelevance.

Nicklaus would talk about the ball looking like the size of a marble, putting into a hole the size of a bucket. Tiger would begin noticing the tiniest blades of grass within the hole itself, and nothing else around it. It’s a story that transcends golf: Micheal Jordan would describe everything around him — even the other players — moving in slow motion.

One can only wonder what the 17th hole at the Players Championship looked like to players last week. The spine in the middle of the green makes the green look smaller than it actually is, but with the wind whipping, the crowd humming, and the frustration from the round mounting, how did it appear in the mind’s eye then?

The hole played so difficult, especially on Saturday, that it brought a previously unthinkable question to the fore, notably by Golf Channel’s Brandel Chamblee: Was the hole in due of a redesign?

It was more of a thought experiment than anything else, and one that should be viewed in context: Even in the most difficult of circumstances, more than 80 percent of tee shots on the hole avoided the water. What was perhaps more interesting was the psychological toll it extracted from players. Fear of the hole itself prompted a variety of shots so bad, pros may remember it as the worst shot of their professional career. And to make matters worse, by any objective measure, the 17th hole was actually just appetizer for the main dish: The 18th hole, which boasted the smallest number of fairways and GIRs, fewer birdies, and more water balls, more bogeys, doubles or worse than any other hole on the course.

Whatever the opposite of playing golf in the zone is, the the closing stretch at TPC Sawgrass this week offered us a glimpse.

Stress is our mind and body’s way of responding to a perceived threat. When we feel in danger, we stress about it, which enhances our ability to do things like run away a little faster. Or, if need be, to fight a little harder.

Golf rarely poses a threat to our livelihood, but its nervier moments do produce a similar (albeit smaller) stress response. Your instinct may be telling you to flee from the challenge in front of you: To swing softer; to guide it; to settle for a wider target.

Counterintuitive as it sounds, it’s doing the opposite that will actually produce the best shots, says Rory McIlroy.

“It’s trusting what you’re doing and committing 100 percent of the shot you’re trying to hit, not to try to guide it, not to try to be too careful with it,” he explains. “It’s almost like you have to almost let go and give up a little bit of control. That’s certainly when I swing at my best and hit my best golf shots.”

This can be especially tricky when the task at hand is actually to play safer. But it’s a mindset that Bubba Watson, who recorded one of just two bogey-free second rounds on Saturday, thinks is essential. 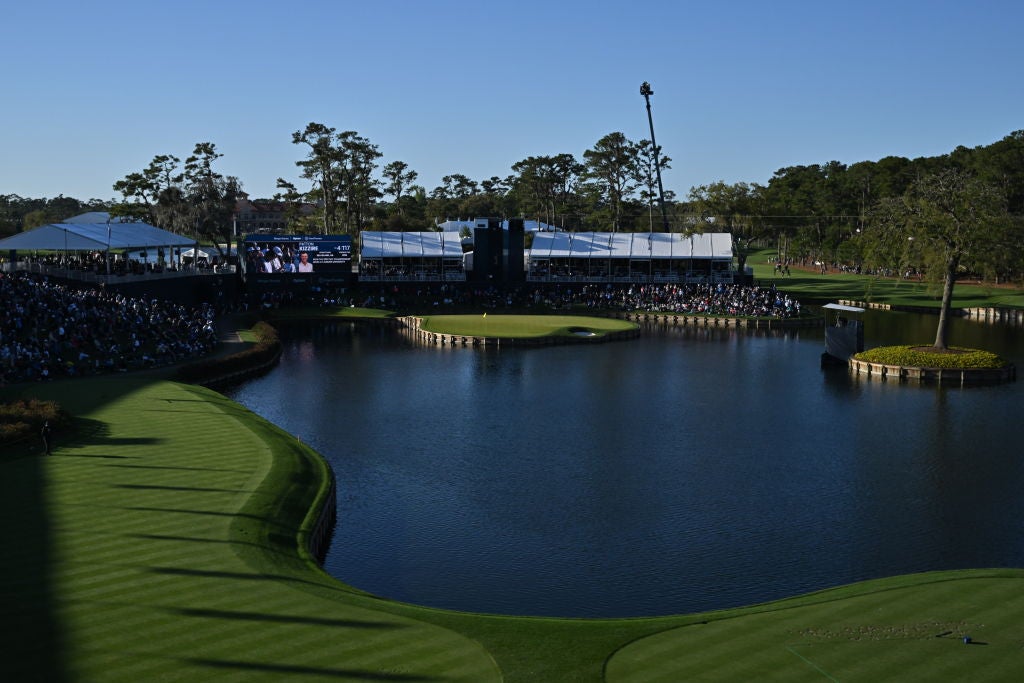 Along those lines, strange things will happen in the wind and the cold. Things that may have never happened to you before or since. All you can do is embrace the chaos. Throw your expectations out the window and deal specifically with the shot in front of you. Often, that will mean hitting clubs or shots that you would never have otherwise considered if it means navigating the hole in front of you safely, as Justin Thomas, who joined Bubba Watson as Saturday’s only other bogey-free round, explains:

“I hit two pitching wedges 185 yards today, and I hit a 5-wood 193 yards. It was some of the most bizarre conditions I’ve played in,” he said. “That was exactly where I was looking, exactly the yardage I was trying to hit it, a 5-iron from 167. I’m taking a little off an 8 or step off a 9 normally, but trying to finesse a 5-iron in there with that amount of wind was probably the purest shot I hit today.”

Ultimately, a lot of the pitfalls on the difficult days are created by your own outsized expectations. The chaos otherwise known as the 2022 Players Championship is no time for any semblance of normal expectations. On the toughest holes, pros look for positive momentum wherever they can find it. Even when it breaches the absurd: Like hitting a 5-iron from 167, missing putts, or seeing others miss cuts.

“I think you can build confidence off hitting decent putts that don’t go in, and know that on another day those can go in,” Tommy Fleetwood says. “Overall, I consider myself very lucky.”