Why an obsession with swing speed might be hurting your game

It’s a new year, which means lots of golfers will be thinking about how to improve their games for the months ahead. And as you do, I’m here to deliver some good news: You don’t need to hit the ball 300 yards to play your best golf. So breathe a sigh of relief and start thinking about factors that are not only achievable but more relevant to the average golfer.

I recently posted a message on my instagram account that lamented the modern obsession of trying to hit your distance. The response I got was overwhelming. So many recreational golfers thanked me for giving them permission to play with control and not jump out of their socks attempting to smash a 9 iron 170 yards. They fundamentally knew that trying to hit it as far as Brooks was not only unachievable for them, but incredibly damaging to their game.

Trackman has so much great data on what average golfers currently do and what they need to do to improve their distance and their overall game. According to Trackman the AMA (Average Male Amateur) has a handicap somewhere between 14 and 15. Their average club head speed with Driver is 93.4 mph. 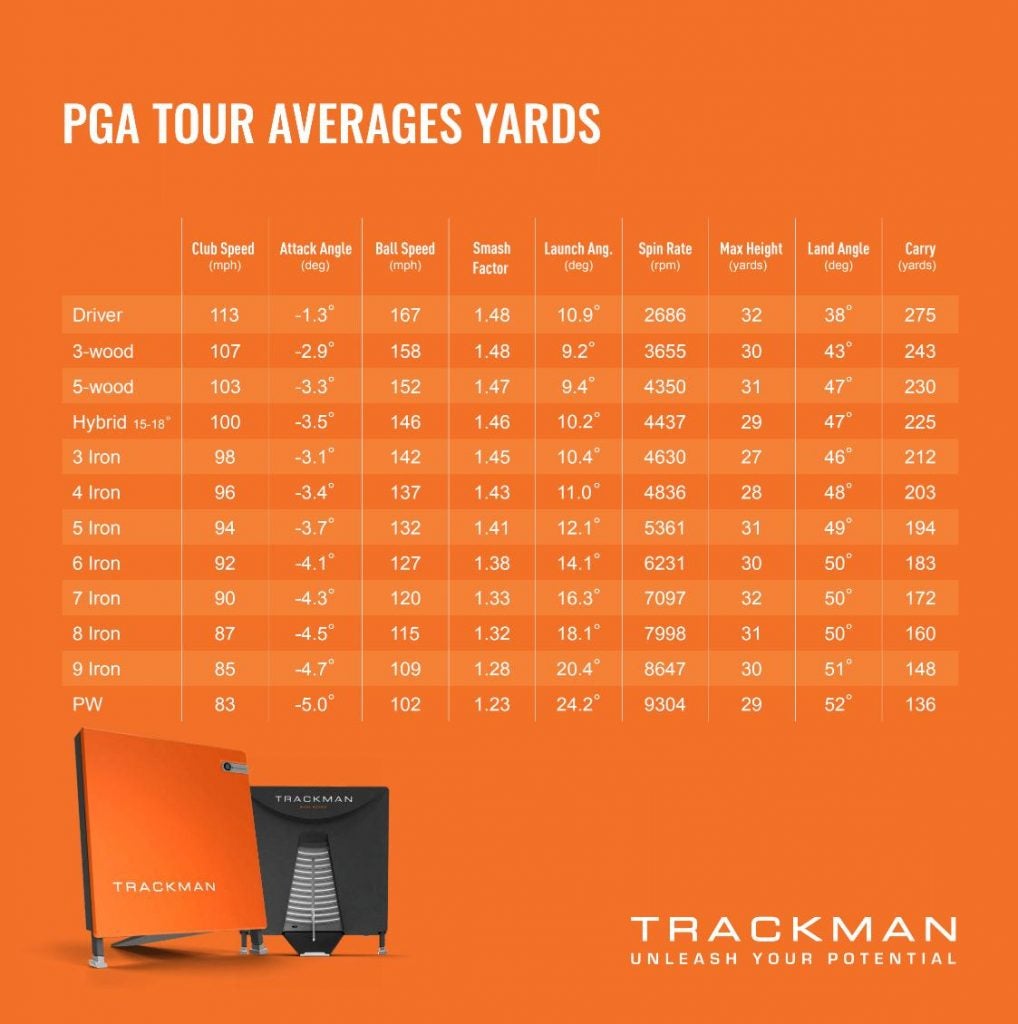 If this sounds like you, your dream is probably to half your handicap and get it somewhere in high single-digits. You probably think this would require a massive jump in clubhead speed, but did you know that the average swing speed of a six handicap, according to the same data, is only 97 mph? It’s only an incremental improvement in speed which can more often than not be found in some slight technical adjustments.

The same Trackman data also shows that the average golfer isn’t hitting the ball with optimal launch conditions, which is likely the cause of poor technique.

The average golfer, according to Trackman, is missing out on 25 yards of distance because, on average, they hit down on their drivers with a -1.7 attack angle. Rather than hitting up on your driver, that negative attack angle increases spin, reduces smash factor and costs them distance.

What this means in real terms is that from the blue tees (average par 4 length of 428 yards) you have 202 yards left into the hole rather than 175 yards, if you had correct launch conditions.

You don’t have to swing it harder, just better.

Swinging harder without fixing fundamental technical flaws is a recipe for disaster. Brute force doesn’t guarantee more distance but will almost always guarantee less control which will then leak into all of your game from driver down through your irons. For someone who is trying to be a 6 handicapper, if you can swing the club at 97 mph, the elements that will improve your game faster is improving the quality of your bad shots. If you’re simply trying to swing harder, regardless of the cost, you can almost guarantee your bad shots will be off the planet, not just off the fairway.

And what if you want to set your goal for an even lower handicap? The average 2 handicap has a swing speed of about 103 mph — about 10 mph faster than a 14 handicap, and still 20 mph shy what we see Dustin Johnson’s swing speed get to on the PGA Tour telecast. 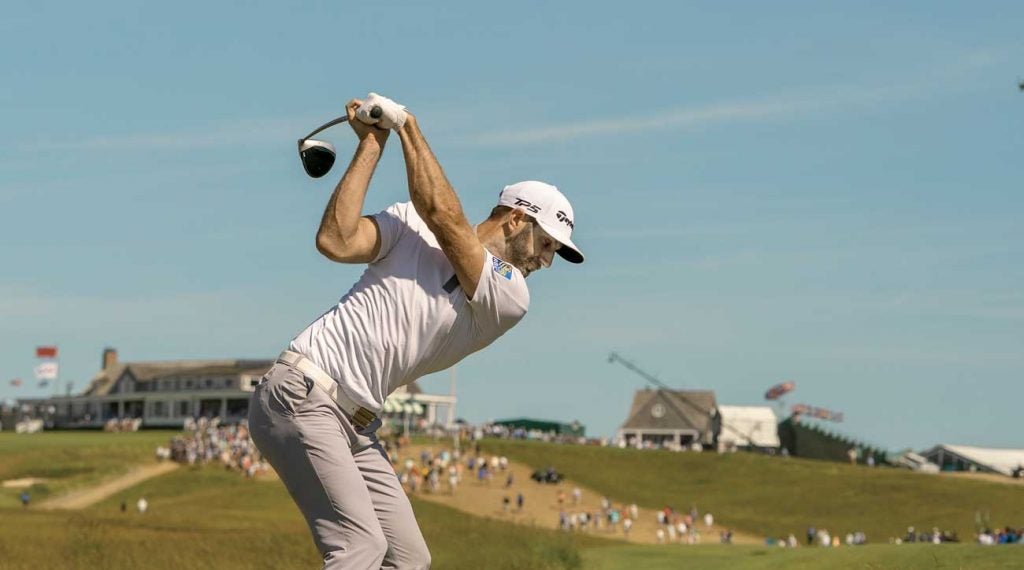 Now look, I’m not saying distance isn’t important. It is. At every level, and especially if you are trying to be in the top 200 players in the world.

But my question is this: are YOU trying to be in the top 200 players in the world? You’re probably not, which highlights the disconnect between what we are told what the best golfers in the world do, and what you need to do to become a better golfer.

So this year, don’t chase swing speed with reckless abandon. Yes, it’s important, but you want to gain speed the right way. Do that by fixing your technique first, and getting fit for a driver that will give you optimum launch conditions. Once you have those, you’ll hit the ball better and be gaining swing speed in a sustainable way.

Make that your new year’s resolution for 2020. 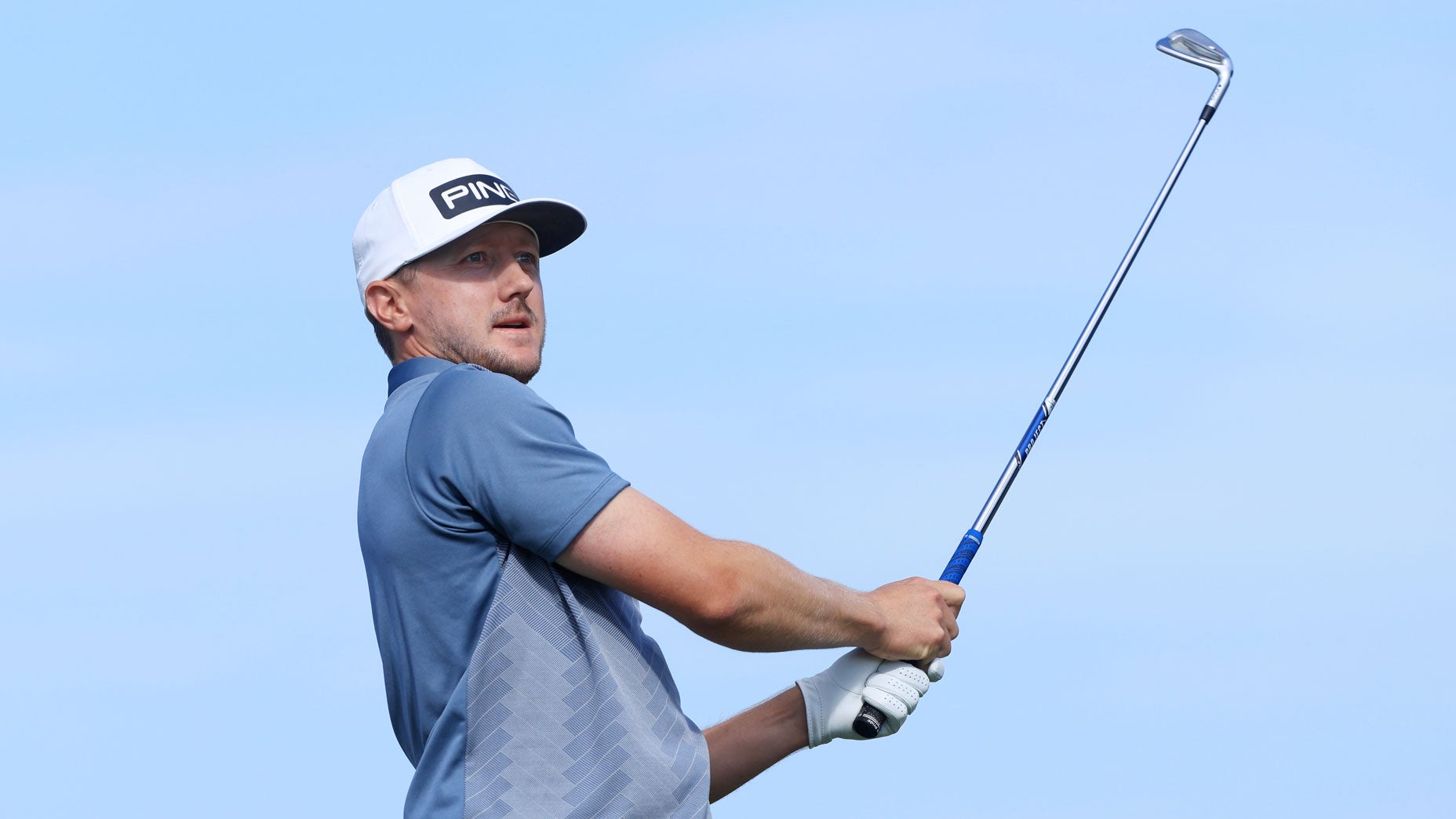 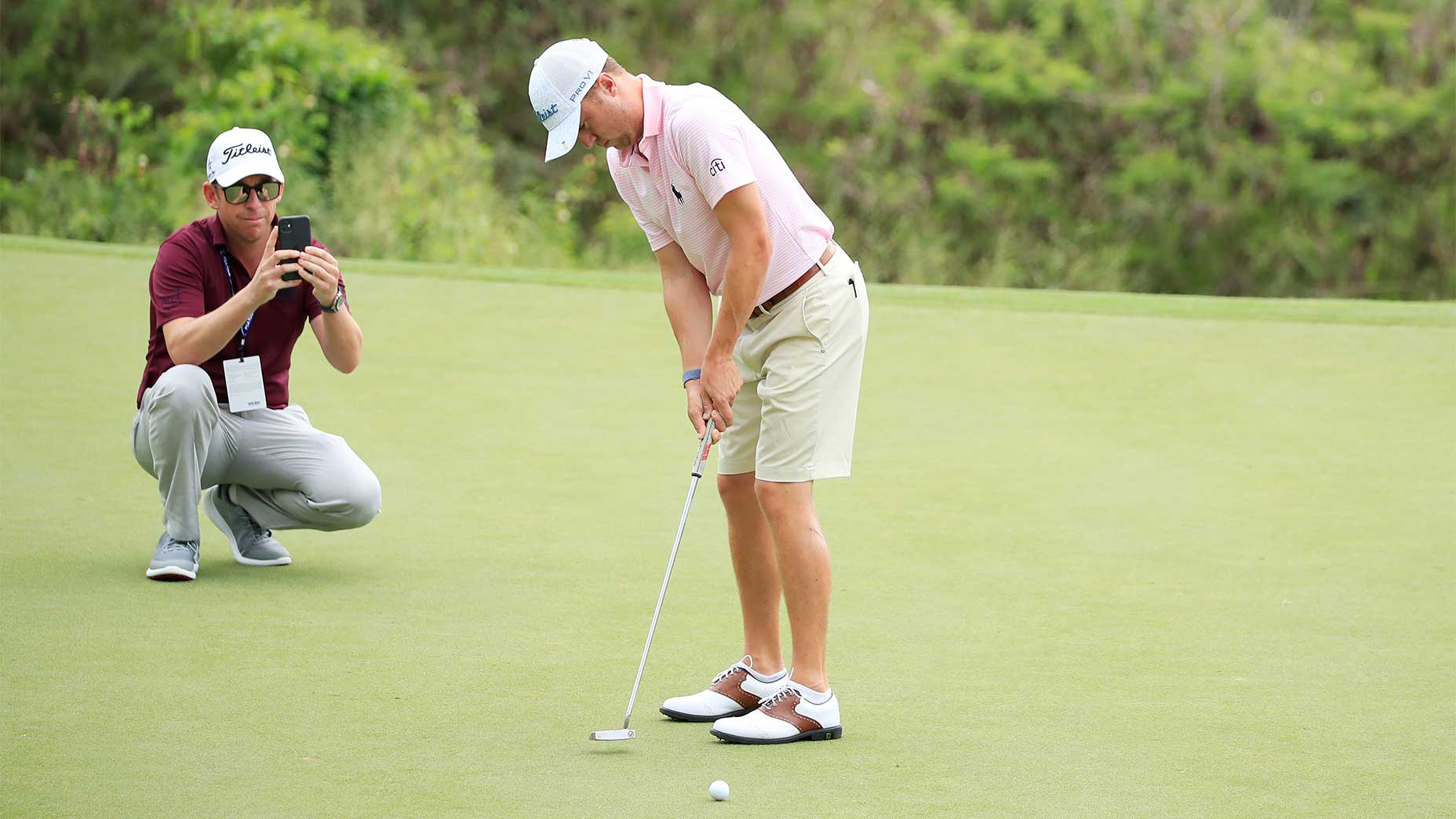 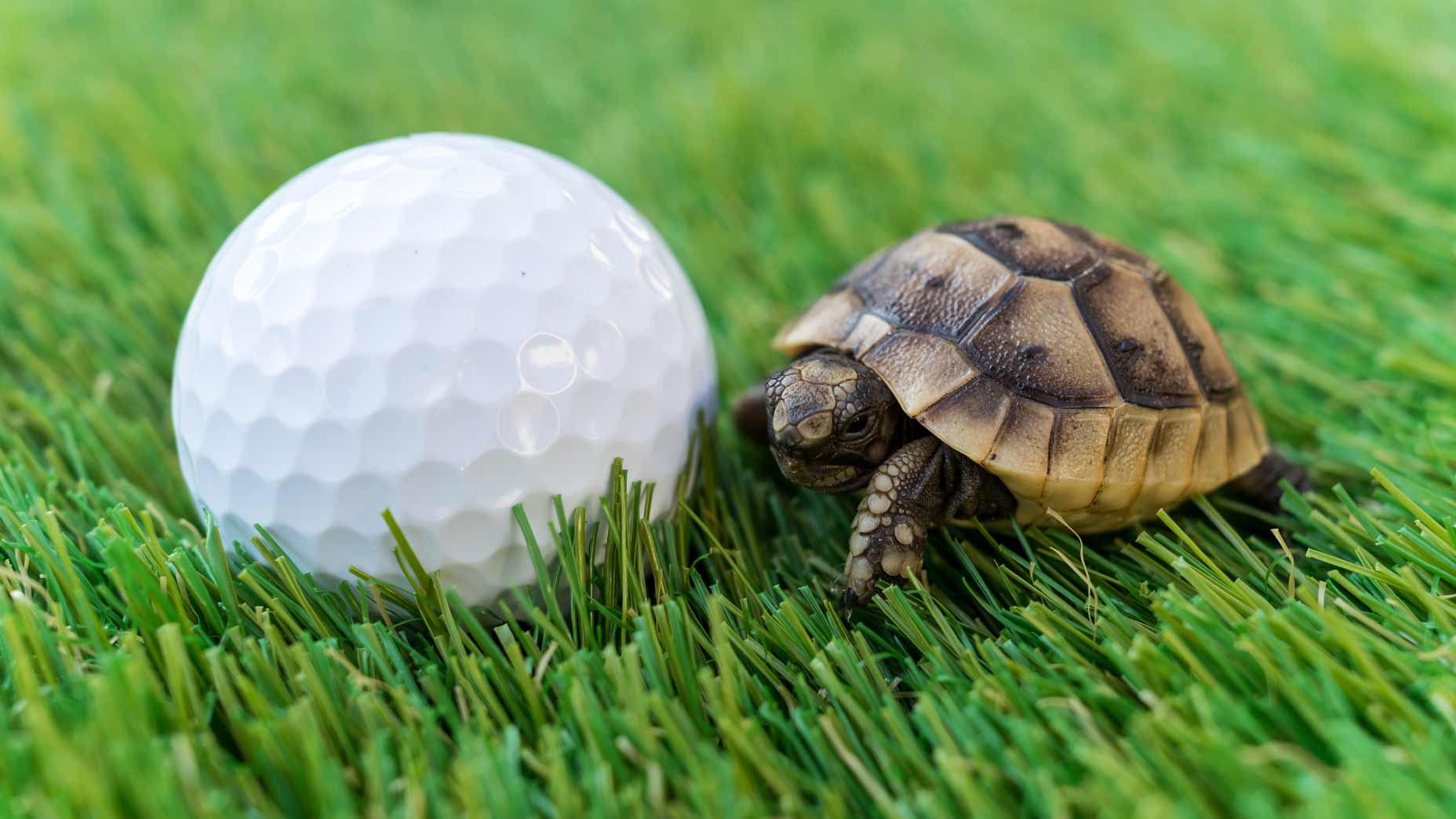 Does slow play cause higher scores? This data suggests it might 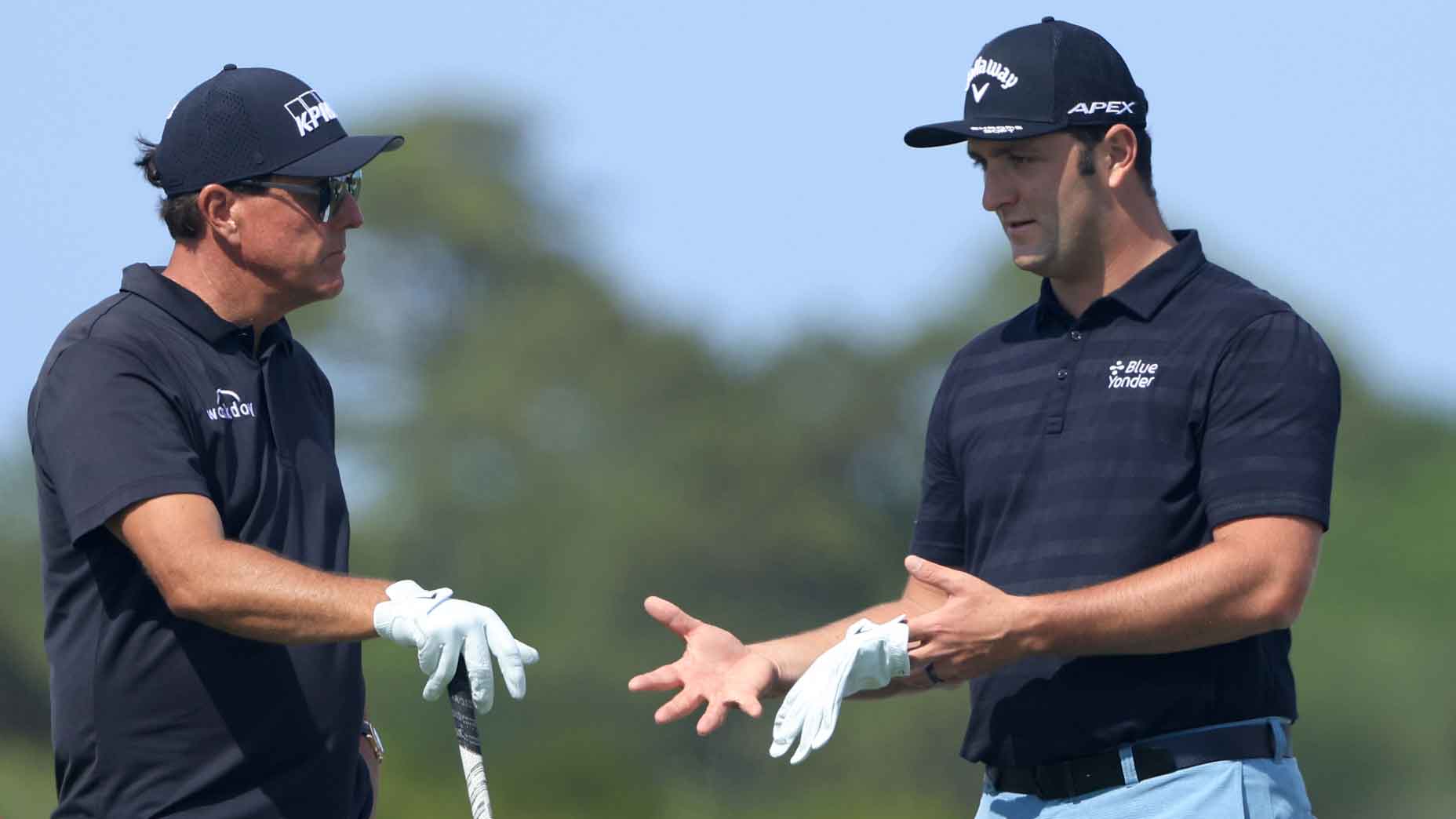 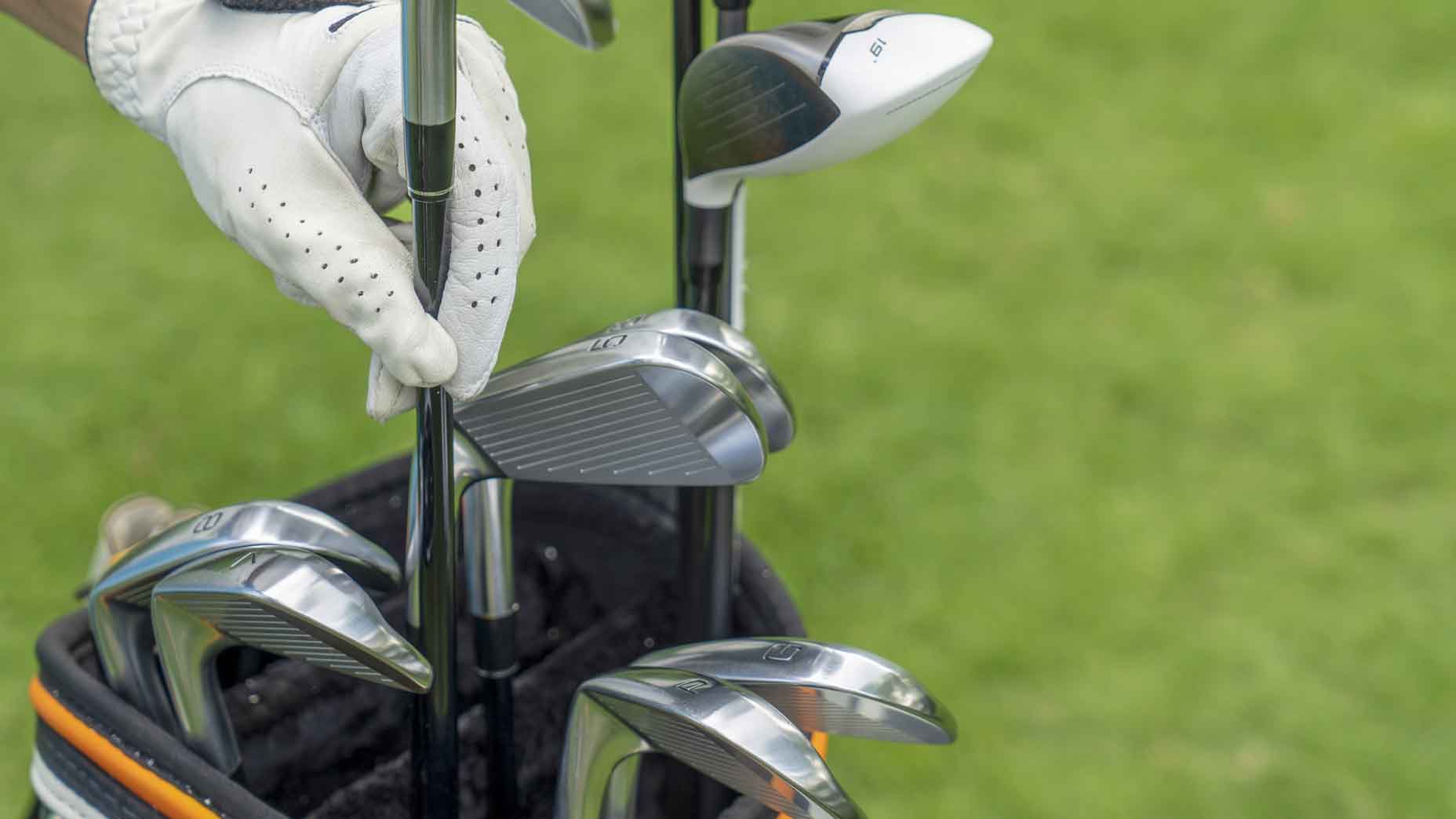 Rules Guy: Can I tape my average yardages to my clubheads?
Go to mobile version