Sergio Garcia is having a difficult quarterfinal match against Matt Kuchar, thanks in part to the strict rules of golf and a putt that Matt Kuchar did not concede.

Garcia was just eight feet away in three on the 7th hole, and 1 down in his match with Kuchar. When his putt slid left of the hole, Garcia was disappointed. He rushed up to scrape in what remained — perhaps six inches — with the back of his putter, but did so too casually. Garcia’s rake-in caught the edge of the cup and rimmed out. Ho hum, he likely assumed.

Problem was, Garcia acted so quickly that Kuchar had not had a chance to verbally concede the putt. According to the NBC broadcast, Kuchar was approached by a rules official to see if he had conceded the putt before Garcia touched it with his club. While Kuchar said he would have given Garcia the putt, he did not do so in time. Therefore, Garcia’s backhanded swipe counted, and he lost the hole.

Here’s what went down with Sergio… pic.twitter.com/vn0cYDyGFM

It was a tough break for Garcia, for sure. But that didn’t make his life any easier. On the following hole, when Garcia’s par putt to halve the hole missed, he nearly launched the ball off the green with a full putter swing.

On the next tee, the ninth, Garcia proceeded to hit his shot into a penalty area. Somehow, he was able to take a drop, grind out a bogey for a halve and continue his match. Garcia and Kuchar were shown chatting while waiting to hit their shots in the 10th fairway. Jim Mackay, the walking reporter with the pair, called the situation “very tense.”

Garcia was able to rally in the match and extend it all the way to the 18th hole. One down, Garcia’s high-arcing wedge shot from the rough short of the green splashed in the greenside bunker. He was unable to make the bunker shot and lost 2 down. Garcia and Kuchar shook hands and went their separate ways. Afterward, Kuchar explained that, in his opinion, Garcia had made a mistake, but that he was not about to simply concede a hole back to him.

Matt Kuchar’s post-round comments on Sergio:
“He said, ‘You can concede a hole.’ I thought about that and said I don’t like that idea, either.” pic.twitter.com/5UqRtVRLQy 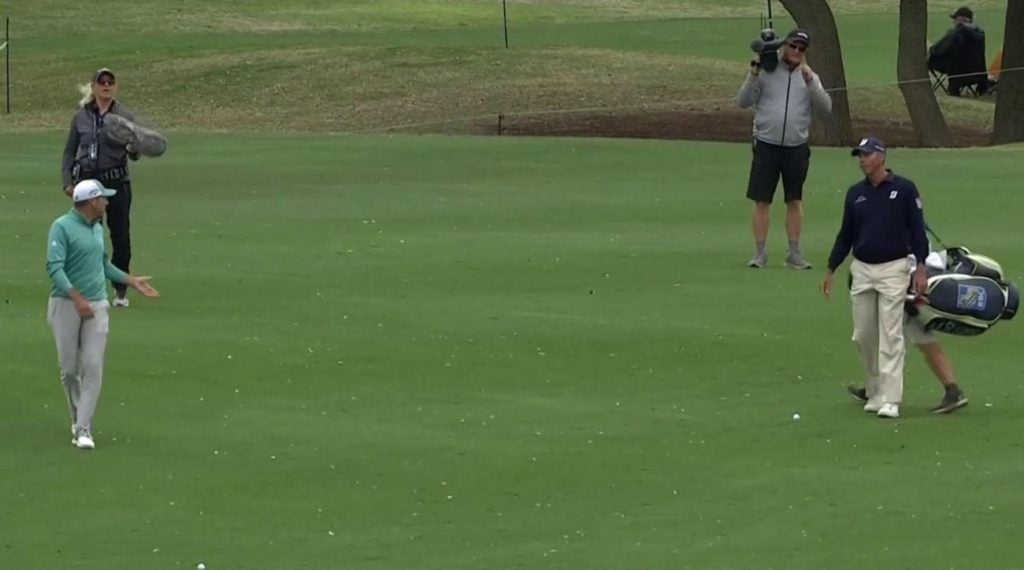 Garcia and Kuchar were seen discussing the ruling as they played the 12th hole.
Golf Channel

This is far from the first time that Garcia has lost his cool during a round. Earlier this year, he blew up during a round in Saudi Arabia, tearing up a bunker and multiple greens in the process, eventually being disqualified from the European Tour tournament. Kuchar has also not been immune from controversy this year. After his victory at Mayakoba in November, he took flak for what he paid the local caddie he had fired for the week. He would eventually make good on that perceived discrepancy. 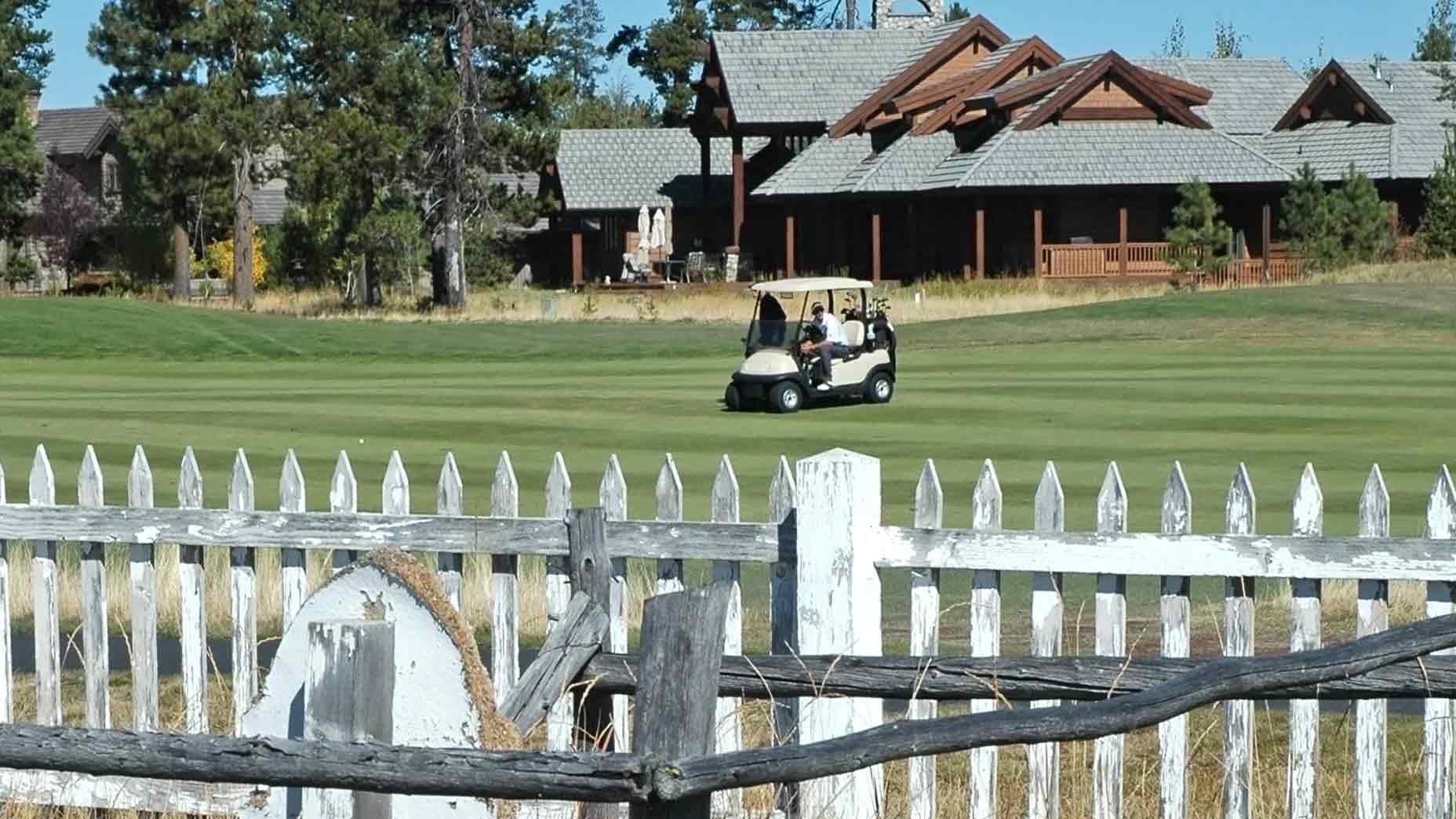 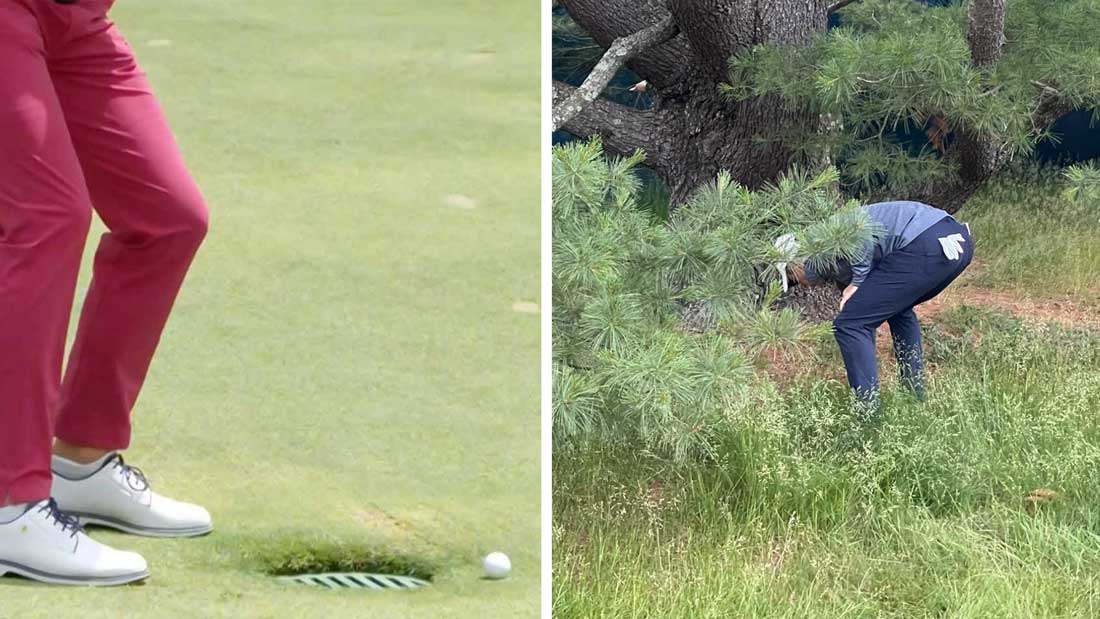 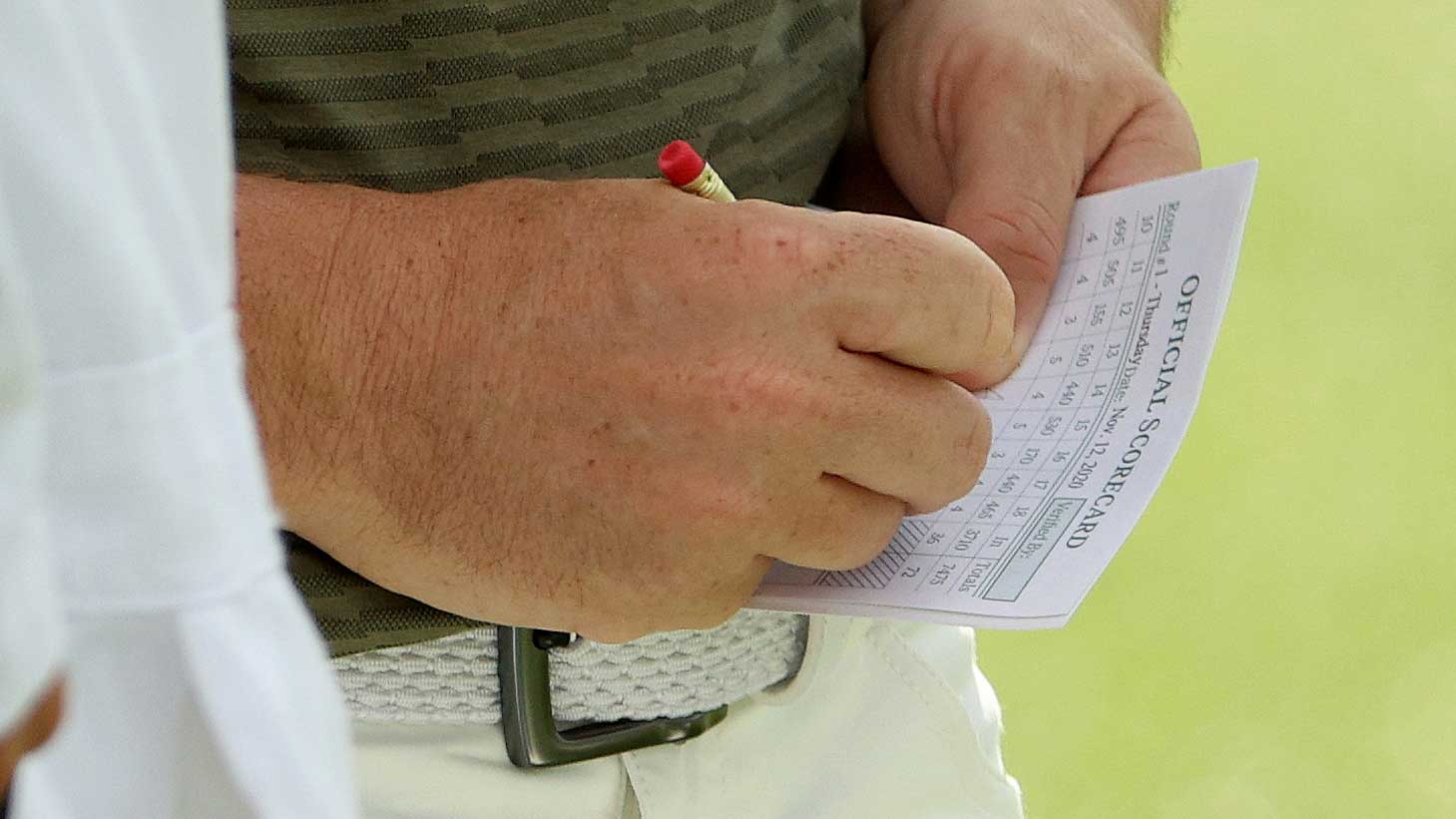