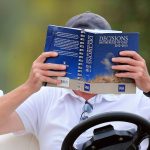 Twitter stirred the sports pot with a pretty brilliant idea on Monday. They asked sports fans to offer, simply, one rule change to their favorite sport.

Golf, being a sport that loves its rules, has ample opportunity to make some out-of-the-box tweaks to shake things up. I even offered a suggestion myself, which I’m pleased to say would both make golf more entertaining and also solve the ongoing distance problem.

But I wasn’t the only one. There was this rather hilarious suggestion, which is a full-on embrace of the chaos.

And this one from Robert Hanlon is actually kind of genius. Goodbye, grandstopping!

My favorite thing about this suggestion is the idea off watching Chez Reavie hit 350 yard drives.

And this one is actually the most sensible, useful potential change of the lot.

There’s a bunch of hilarious suggestions that stem far beyond, so give the tweet a click and check out some of the replies.