How Rory McIlroy recovered from this score-killing mistake

It was only one shot. His first shot! His first swing on his first hole of his first round of the tournament, and Rory McIlroy sent his ball flying out of bounds left. It led to a triple-bogey.

“I got off to the worst start possible,” he said.

And it almost cost Rory a fortune.

You can listen to a full 12-minute Play Smart episode below, and subscribe to the Play Smart podcast on Apple here, or on Spotify right here.

Mounds of research from golf statisticians, coaches, and everyone in between has found that the key to golf happiness isn’t making more birdies. It’s learning how to avoid big numbers.

You may be surprised to learn that a scratch handicap only makes two more birdies per round than a 20 handicapper. That’s because the key separator between the two isn’t birdies, it’s double bogeys and worse. Scratch handicaps make less than one of those per round, while higher handicaps make more than two.

Doing absolutely everything in your power to avoid them in the first place is the best strategy, for pros and amateurs alike. But as Rory proved this week, that’s easier said than done. Yet he accomplished the rare feat this week of actually recovering from one.

It took a few things falling his way, but those are the kind of breaks you need to lift a trophy on the PGA Tour.

Let’s break down how he did it..

1. He made the mistake early

There’s a ton of intangible reasons why making a big number early is bad. Starting off with a double can be brutal on your confidence, for one, which will transform the rest of your round into a slog. For the rest of us, too, making a big number early doesn’t present an opportunity to recover. It means we’d probably have to play really well in order to not make matters worse.

But in some ways, making his sole big number of the tournament on his very first hole was a blessing in disguise. Sure, it wasn’t the start he wanted, but there was no cut to deal with, which meant no matter what, he had 71 holes after that to make it up.

“The golf course was really soft and really gettable,” he said after his first round. “I knew there was a lot of holes out there that you could birdie.”

It speaks to the first lesson the rest of us can learn from Rory’s round: If you make a big number early, stay calm, stay patient, and don’t panic. Accept it, and move on. 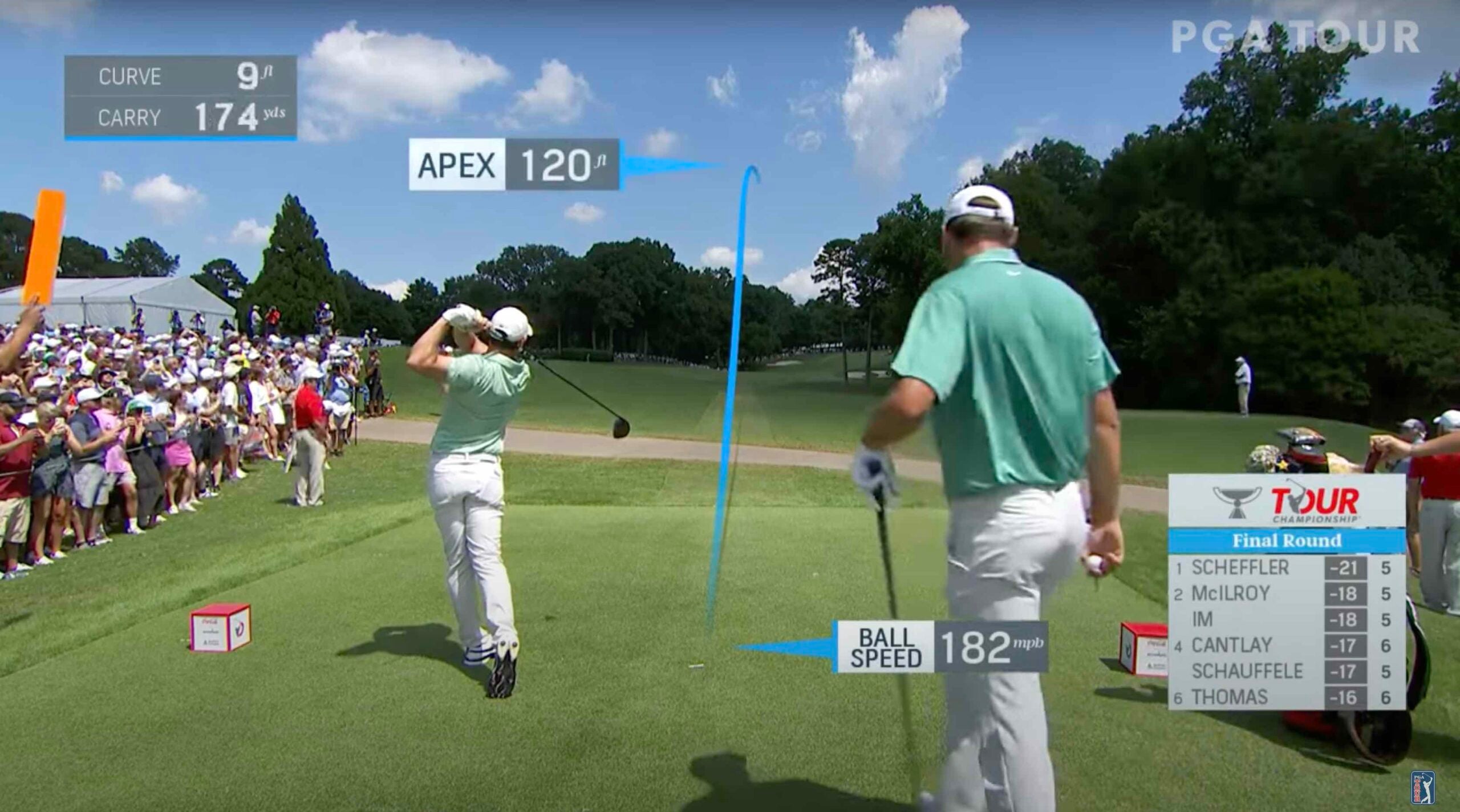 2. He learned from it

But Rory didn’t just accept the mistake he made, he also learned from it.

Rory’s drive left was the result of a lingering swing issue he’d battled at various points last year. He lined up to hit a cut, but double-crossed his drive instead. Rather than turning through with his body, Rory said his body stalled, and his hands rolled the clubface closed.

“I tried to hit this little guidey cut into the fairway,” he said. “My body stopped, double-crossed it, ball went left and OB. There’s a lesson in there somewhere, but even when you’re not sure about what you’re trying to do, sort of going full send for me is the best way forward.”

But as you can see, he learned from it.  And more crucially, he didn’t stop hitting cuts because of it. Knowing what he did wrong the first time, he relied on his cut multiple times during his final round, to great effect.

Rory doing Rory things 🦅 @McIlroyRory with an eagle at No. 6. pic.twitter.com/NltP5HA74g

3. His putter got really hot

The fact of the matter remains: If you make a really bad swing, you’re going to need to do multiple really good things to make up for it.

Rory’s double-crossed drive on his first hole, from a Strokes Gained perspective, lost him 2.25 shots to the field. That’s an enormous amount of shots to lose in one swing of the club, and as such, it takes some heroics to make up for it enough to end up winning the tournament.

In essence, that means holing a shot. Rory holed-out for eagle on his sixth hole of his first round, but even then, that only resulted making up 1.62 of those 2.25 shots lost. He still needed to find half a shot somewhere to get back to even, and besides, holing out shots isn’t really a sustainable strategy. In reality, making up for really bad shots means dropping putts.

And that’s what happened with Rory. He dropped a ream of key putts during his final round: An 11-footer on his sixth hole, a 17-footer on his seventh hole, and a 33-footer on his 15th hole. Those three putts — which have a tour average make-rate of 18, 30 and 5 percent respectively — collectively made up for the OB drive earlier in the week.

Rory got hot, relied on some help from Scottie Scheffler, and in the end walked away a deserving champion by a hair. And along the way, he taught us a valuable lesson about how difficult it is to undo an error.