Q&A: Dr. Bhrett McCabe’s advice on how you can trust your own golf game

Bobby Jones once said that golf is played on a five-and-a-half-inch course between your ears. You won’t get any argument from Dr. Bhrett McCabe, a clinical and sports psychologist based in Birmingham, Ala., who, as a former competitive athlete himself, knows how mentally torturous the game — all sports, really — can be. As he explains it, the best players simply know how to think better on the course. Where to start? In McCabe’s mind, of course.

GOLF: You work with a lot of professional golfers, but your approach has been influenced by other sports.

BM: I grew up playing baseball. [McCabe pitched for LSU in college.] I got into the field of psychology because I struggled as a player to overcome injuries and believe in myself. I began studying and learning more about the mental side of the game and had a lot of success with it personally. I thought that if it was helping me, it could help others, too. So I continued my education to see if I could learn to do it even better.

BM: I got my Ph.D. in clinical psychology, so I’m a clinician at heart, which is different from traditional sports psychologists who may focus only on what’s happening in competition. I focus on the entire spectrum, the player both on and off the course — the way he or she trains, the way they prepare and, more importantly, the things they believe about themselves. Everybody is different, meaning we need to find our own unique way of dealing with the mental and emotional aspects of sport and life. I call it a psychological fingerprint. It starts with two questions: 1) What is your way of seeing the challenge in front of you and trusting your mental and physical skills; and 2) do you have trust in the preparation you’ve done to overcome limitations? Honestly answering these queries is a huge step in thinking your way to better golf.

GOLF: Considering your athletic background, talk to us about the similarities between golf and baseball, if there are any.

BM: People say baseball is a game of failure and golf isn’t a game of perfect. Those ideas are very similar, but I like to look at it in a different way: Both golf and baseball are games of opportunities, and taking advantage of these opportunities to defeat the challenge in front of you. It’s why baseball players naturally gravitate toward different positions — you’re either comfortable with the responsibilities each position asks or you aren’t. A pitcher, for example, takes on the full responsibility to get the batter out. It’s clearly defined and accepted. There can be no ambiguity in what you do.

GOLF: What’s something you see golfers do that prevents them from keeping that focus?

BM: Where golfers get into trouble is when they play ahead. They don’t maximize what they have in the present. It’s what I call winning every moment. That comes from my experience playing baseball. I never knew how many innings I was going to pitch. I didn’t know how many batters I’d be facing. What I did know was that my job was to take care of the batter in front of me right now. In golf, it doesn’t matter what’s to come or what’s happened. It’s the present moment that should have your full and undivided attention at all times. 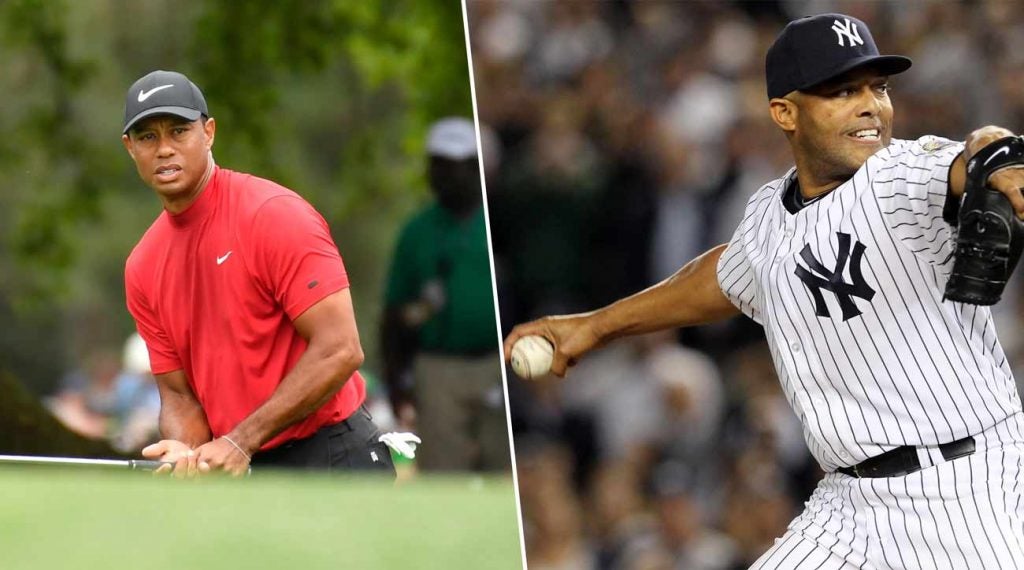 Tiger Woods and Mariano Rivera are two examples of what McCabe calls “bubble players.” Tiger plays his best when he moderates his emotions and gets “in the zone.” Like Tiger, Rivera thrived in high-pressure situations by getting himself in a “bubble” of focus, where he seemed unfazed by his surroundings.

GOLF: I can see what’s coming next — we lack the appropriate attention span, right?

BM: Yes and no. A lot of times golfers get caught up in trying to prove their own abilities. Pride gets in the way, and that’s when you get into trouble. You hear golfers say it all the time: “Man, I know I’m better than this!” Suddenly, you’re worried about you, not the course. You’re playing against what’s probably an unrealistic expectation of how good you want to be. If you can be honest with yourself in the moment and say, “You know what, this is where I am right now. And if I invoke everything I have, I can win,” you’re going to be fine.

GOLF: Do you ever get any doubters?

BM: Sure, but it’s with these folks where I can provide the most value! The truth is that a lot of people don’t want to admit that the mental side of the game is important because it’s easier to blame a swing than it is your brain. I get it. But you have to flip the script. Everything you do — whether it’s walking down the block, starting your car in the morning or hitting a bunker shot — originates in your head. The mental game isn’t a segment of performance. It is performance.

BM: Seriously, as you practice and play in the coming months, take stock of how you think about golf so you can understand who you are and what you do when you’re playing well. The simple reality is that nobody’s the same. You need to find your own mental approach to playing the game.

When he isn’t on Tour, Dr. Bhrett McCabe is the consulting psychologist for the University of Alabama athletic department. 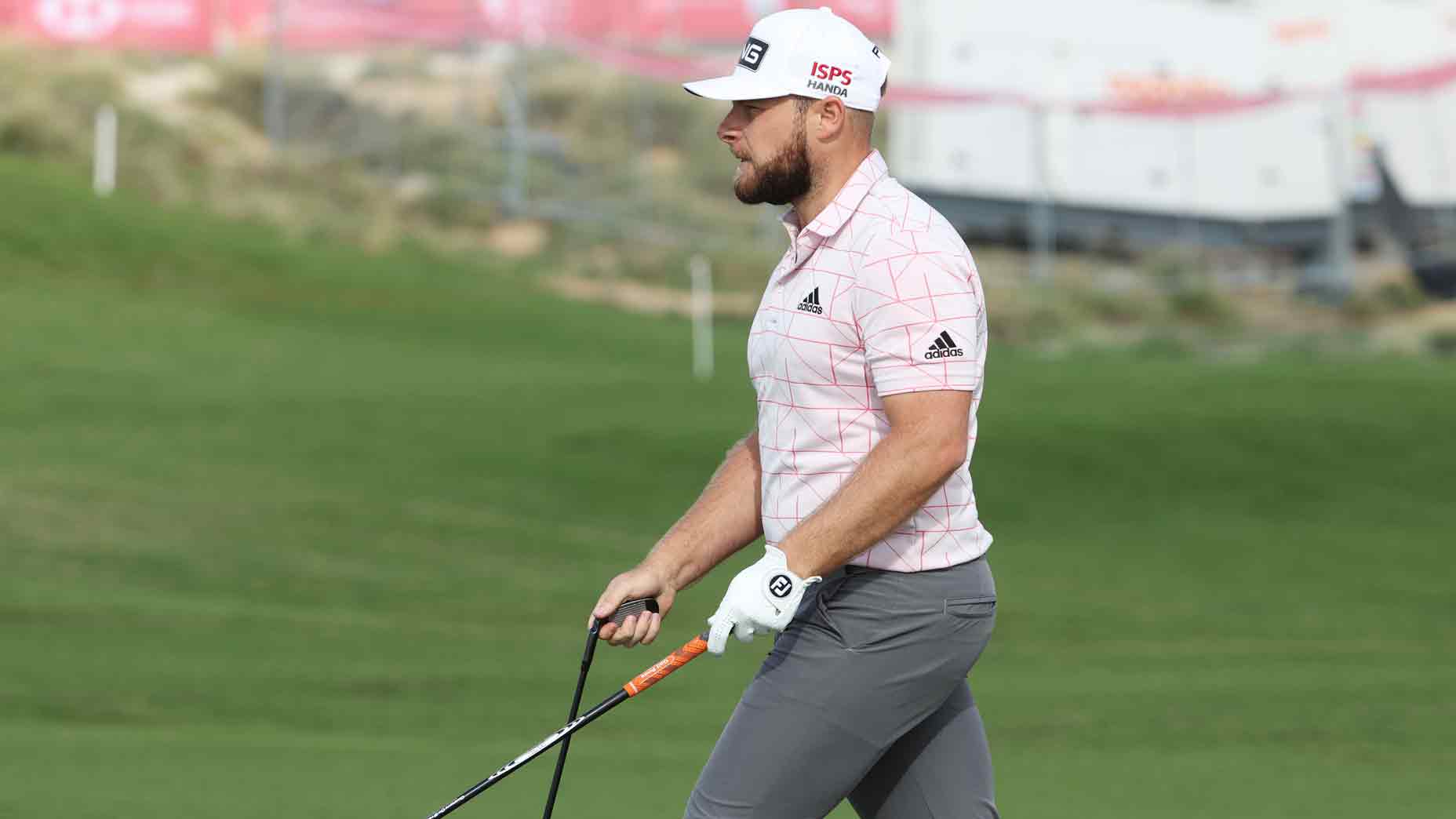 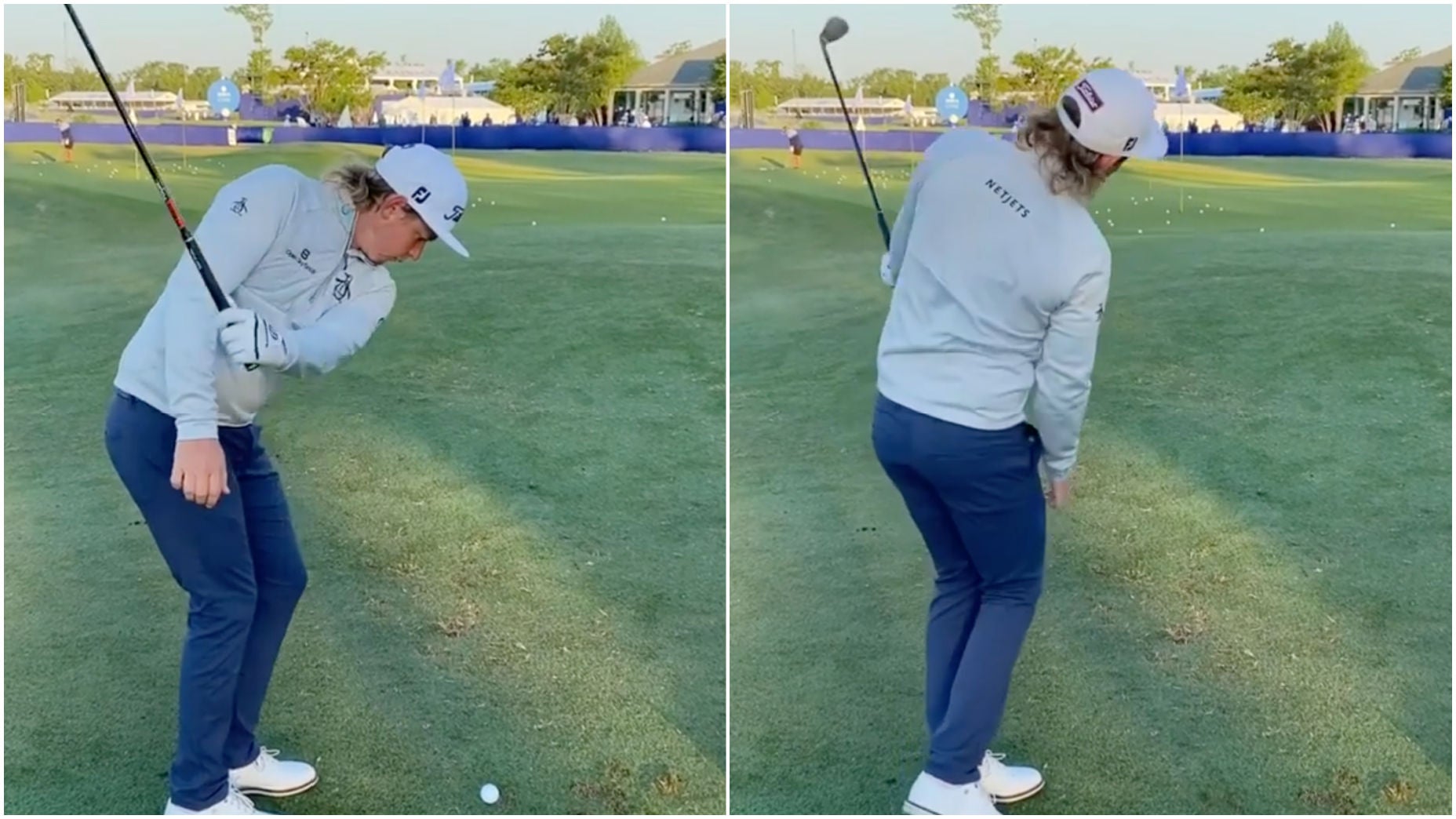 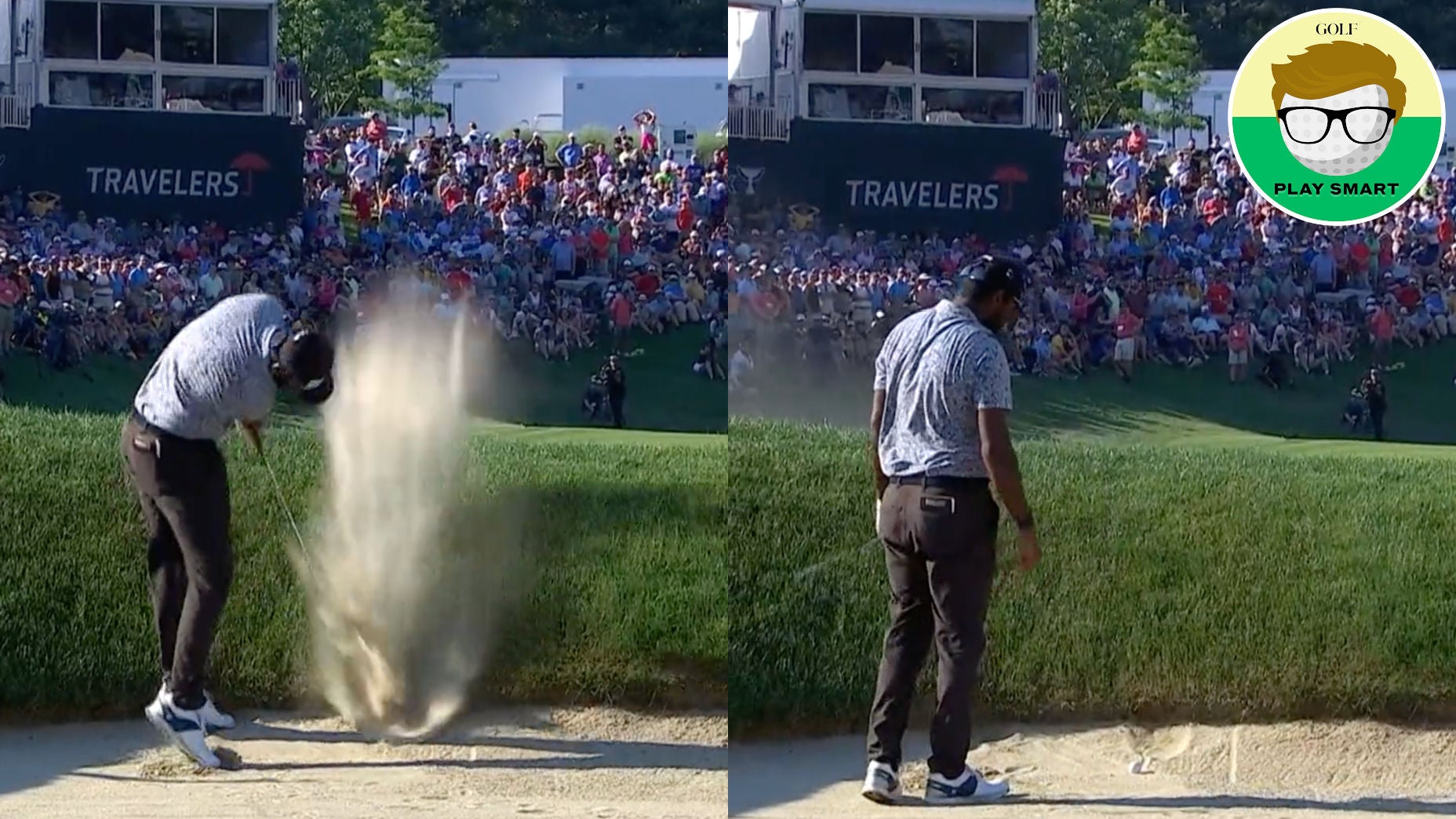 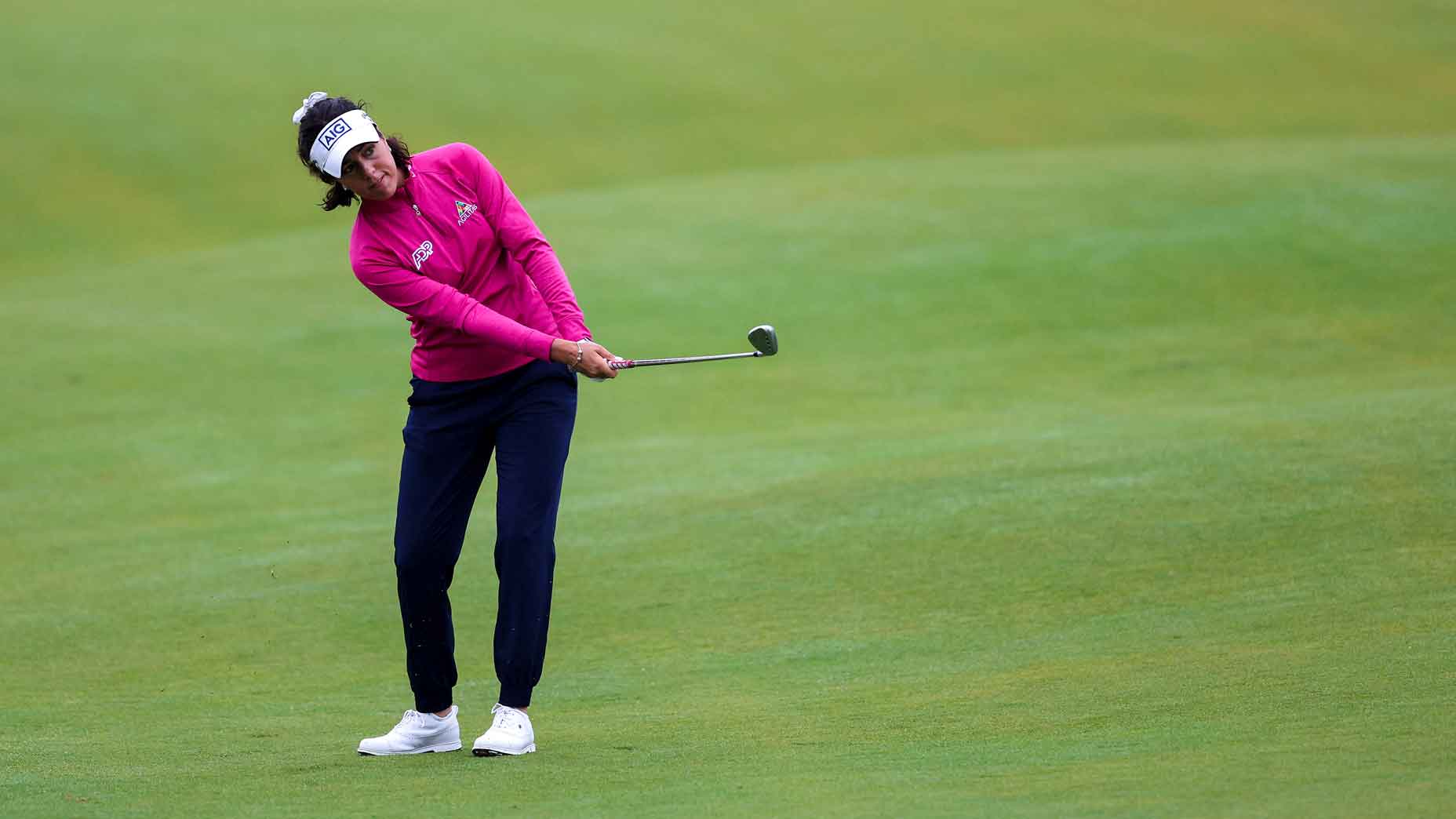 How does a major champion prepare for a round? We found out
Go to mobile version