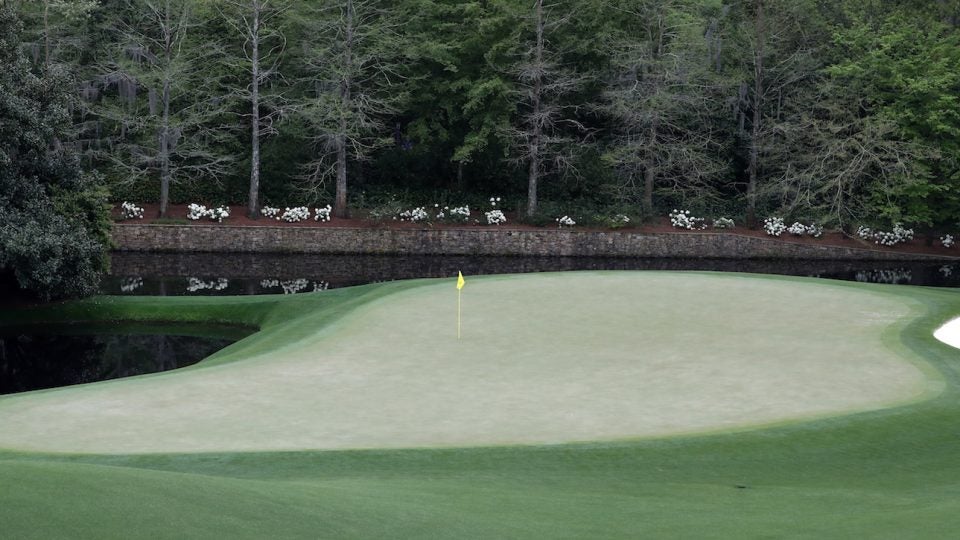 Azalea-scented candles burning, I immersed myself in thoughts of the challenge and beauty of long sweeping putts rolling silently and serenely over the incredible greens of Augusta National, followed by explosions of thunderous applause upon their disappearance. It’s one of the special times I anticipate and look forward to every year. April, in my world, is all about the ultimate challenge to the masters of the game, on the most beautiful stage, on the most magnificent greens in golf. It’s a testament to the slopes, undulations and genius design of the most spectacular green complexes on planet Earth (thank you Mr. Jones!), with a special nod to the Augusta National G.C. superintendent and staff for their care and presentation of these surfaces at their perfect green speeds.

Yes, I know, that’s just me who can’t resist throwing a technical thought about the speed of greens into a scenario of intense beauty.

But this month I want to tell you about how green-speed affects the roll of putts, and how it affected history in 1995.
It’s Monday, April 9th of that year: Ben Crenshaw has just won his second green jacket. GOLF and Augusta National invited me to go onto the course and make a few measurements of technical conditions (green surroundings, contours, slopes, green speeds, etc.).

When I got to the par-3 16th, I thought about what had occurred there just a day earlier. Davis Love III arrived at the 16th tee at 13 under par, tied for the lead. He hit a beautiful 6-iron to the top of the slope in the middle of the green (which is exactly where the pros aim, assuming the ball will then roll left down the strong slope toward the hole, which it usually does). Thirty minutes later, Crenshaw, playing in the final group and also at 13 under and tied for the lead, hit a 6-iron to almost the same position as Davis had. What’s really interesting is that when I walked onto the 16th green that Monday, I found both Crenshaw and Love had landed their shots only two inches apart on the green’s surface. But Ben’s ball bounced forward with a little more energy and rolled left, covering some 40 feet down the slope to a position about eight feet below the hole. Davis’s ball, on the other hand, stayed up on top of the slope, 30 feet from the hole.

From this position, Love had to aim off the green to the right, playing for about 31 feet of break; there was no way to get the putt to stop close to the hole. He went on to miss the ensuing six-footer. Love told me later he had to play so much break he felt like he almost had his back to the hole on his first putt. Crenshaw’s birdie attempt required playing only about six inches of break.

Look at how much break they play, even on the short ones. It’ll always be more than you’d expect.

If Augusta’s greens had been rolling at a speed of seven, instead of the 12.5 feet we measured on Monday morning, Love’s 30-foot first putt would only have broken about six feet (instead of the 31 feet measured on my TrueRoller), and he never would have rolled it six feet past the hole. He would possibly have made it or at most two-putted, perhaps forcing a playoff with Crenshaw. If Ben had putted from eight feet on a seven-foot green-speed surface, he still would have one-putted, playing about two inches of break instead of six.

The moral of the story is this: The faster the green speed, the more your putts will break. Always.

Putts roll out for longer and break more along the way on slick putting surfaces. Recreational golfers tend to under-read putts regardless of speed, so the penalty for doing so on fast greens is severe. When you watch the Masters this year, pay close attention to where your favorite players are aiming their putts. Look at how much break they play, even on the short ones. It’ll always be more than you’d expect.

Learn from them and let my data be your guide: Playing more break will help you make more putts.