How to get a balanced, centered setup position to start your golf swing

Late last August I perched myself next to the first tee at Bayonne GC (the New Jersey course where I teach in the summer) and watched all 90 of the participants in the club’s member-guest take their opening tee shots. Something quickly stood out: The golfers playing from the championship tee box had great setup positions, but as the lower flights passed through, moving up one and even two tee boxes from the tips, setup positions dramatically deteriorated—and drives got exceedingly worse.

Make no mistake: There are some really good players with unusual setup positions. In general, however, the more you deviate from established setup fundamentals, the more you’ll struggle with your game.There are two things that fuel a poor setup: bad angles and/or creating too many of them. A bad angle means something in your setup that’s pointing in the opposite direction than it should be. Your shoulders are tilting down in front of the ball, for instance, instead of up and away from the target.

High-handicappers tend to have bad angles. With bad angles, golf quickly becomes a game of compensations. (Shoulders tilted in the wrong direction also pull your head ahead of the ball and point your body left—more bad news.)

Mid-handicaps don’t have as many bad angles. They simply have too many of them, the result of a bad grip. Most are far too strong, which pushes the shaft toward the target and forces the player to position the ball back in his or her stance. It’s just piling problems on top of more problems.Your best bet is to groove a balanced and centered setup position.

Step 1: Copy what you see in the photo below (and avoid the looks that follow). Once you’re neutral, you can add tweaks to suit your preferences—and fix a host of errors in one fell swoop.

The Neutral Setup: This is the ideal mid-iron setup. The ball is positioned off my left ear, my feet are roughly shoulder-width apart and my weight is balanced evenly over both feet. My head is just behind the ball, and there’s not too much shaft lean—only a slight tilt toward the tar-get. Final check: The “Vs” in my grip point between my right shoulder and ear. 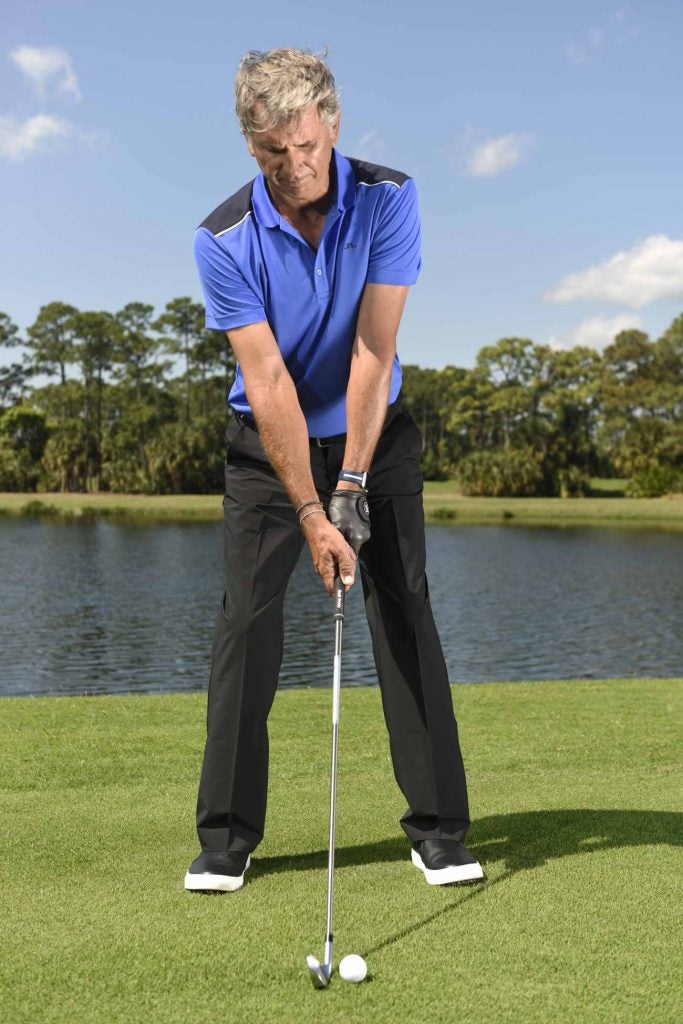 The neutral setup is worth copying.

Too Wide: A slightly wider stance can be beneficial to players who need more lateral movement in their swing, but it can also become a problem if it gets too wide. Here, the insides of my feet are outside my shoulders with a mid-iron. This will make my swing arc longer and wider, which, if I overdo it, will lead to fat and thin shots. 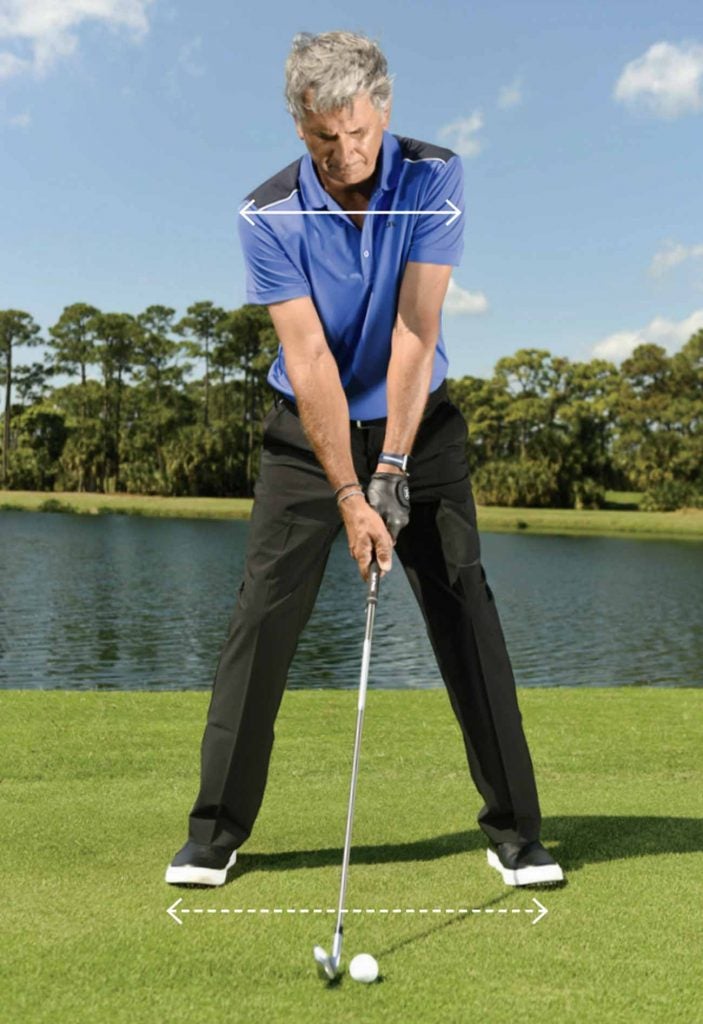 Too Narrow: If you’ve got too much lateral movement, a narrower stance can discourage excess weight shift and increase your rotation. But, again, don’t overdo it. If you narrow your stance too much, like I’ve done here with the insides of my feet inside my shoulders, your swing will become unstable. 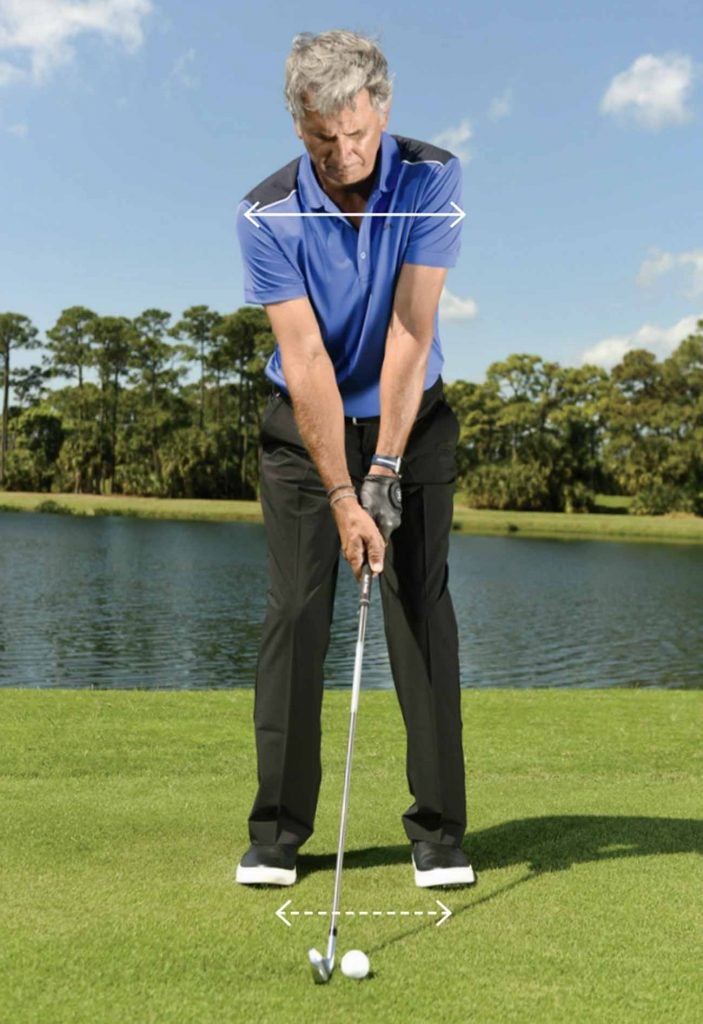 Bad Angles: Bad angles are common in higher handicappers. Here, the “Vs” in my grip are too weak and point at my left shoulder. That’s pulled my head in front of the ball and rotated my hips and shoulders open to the target line. I’ve compensated by moving the ball forward in my stance—not good. 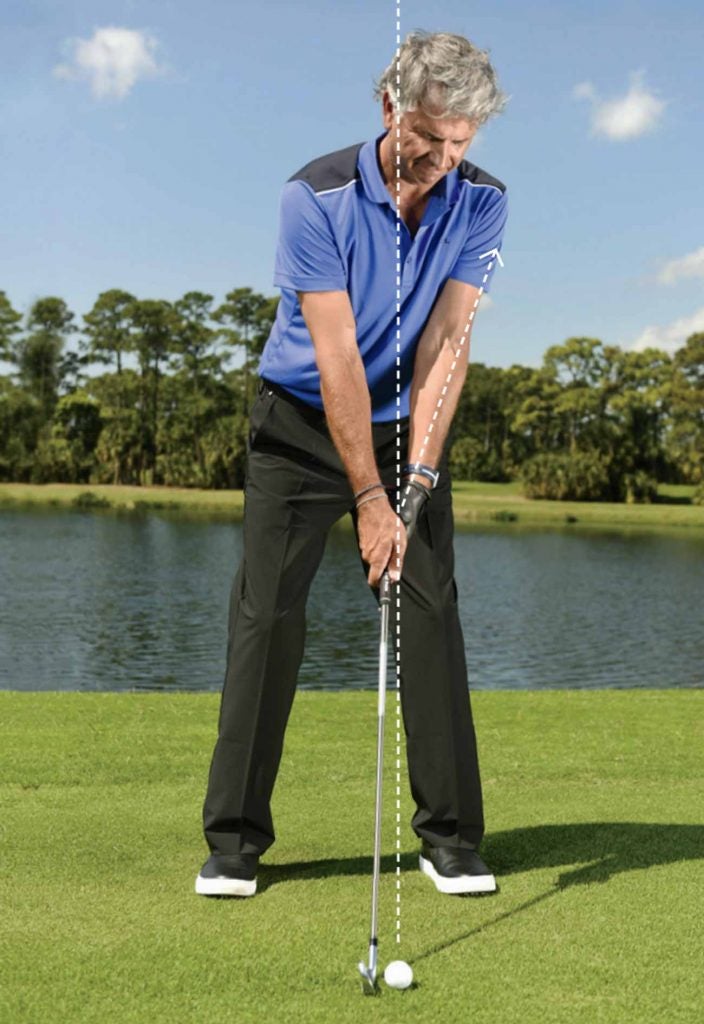 Too Many Angles: You can get away with having too many angles more than you can establishing bad ones (though you’ll still need to compensate). Here, my left- and right-hand grips are too strong, which has created three bad angles: shaft leaning excessively toward the target, too much shoulder tilt and head way behind the ball. 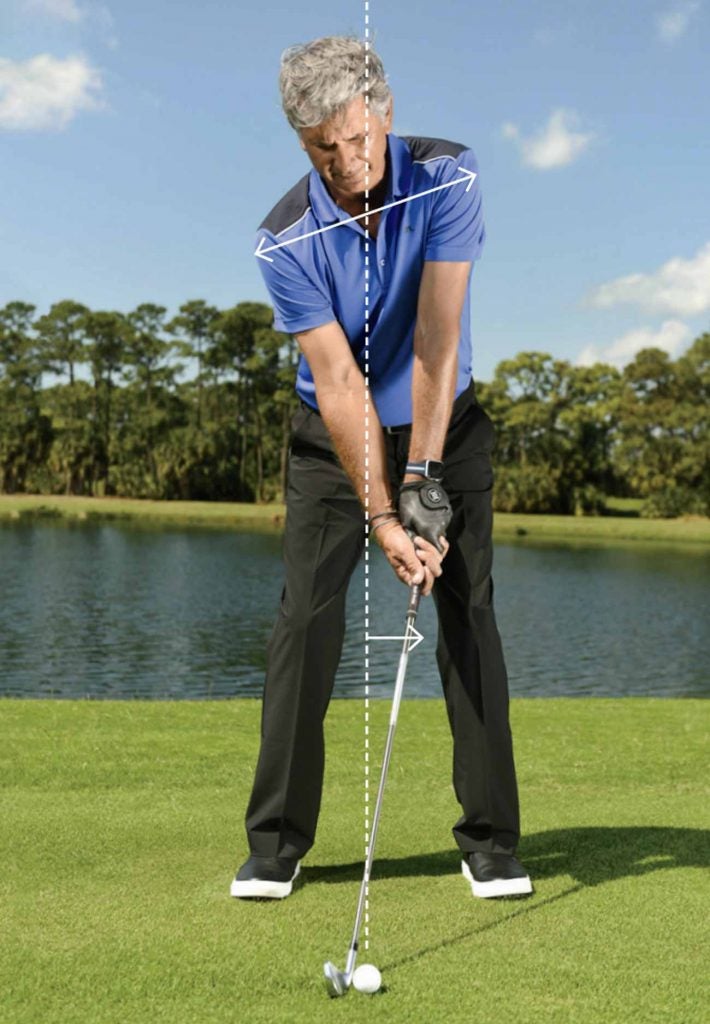 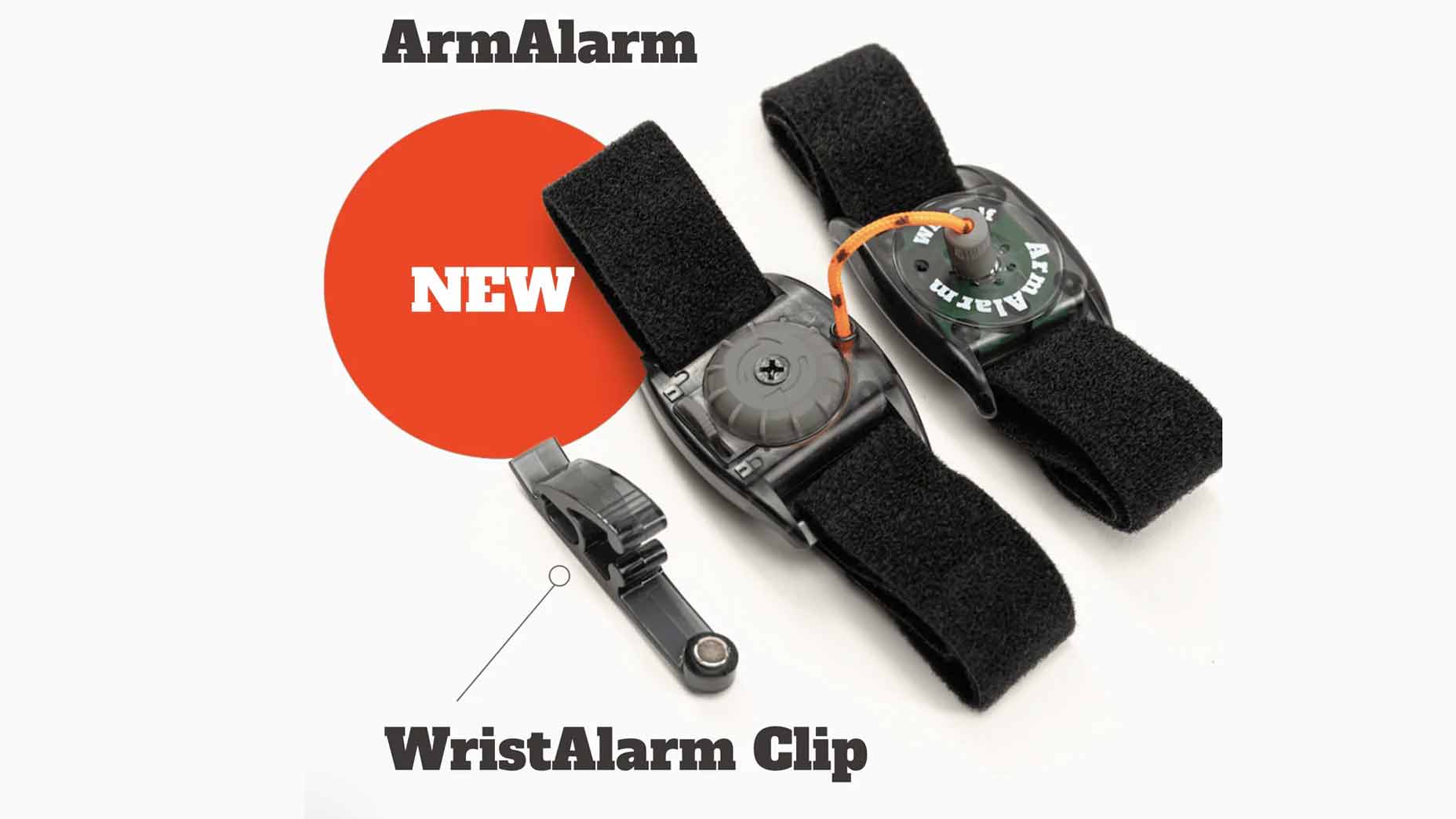 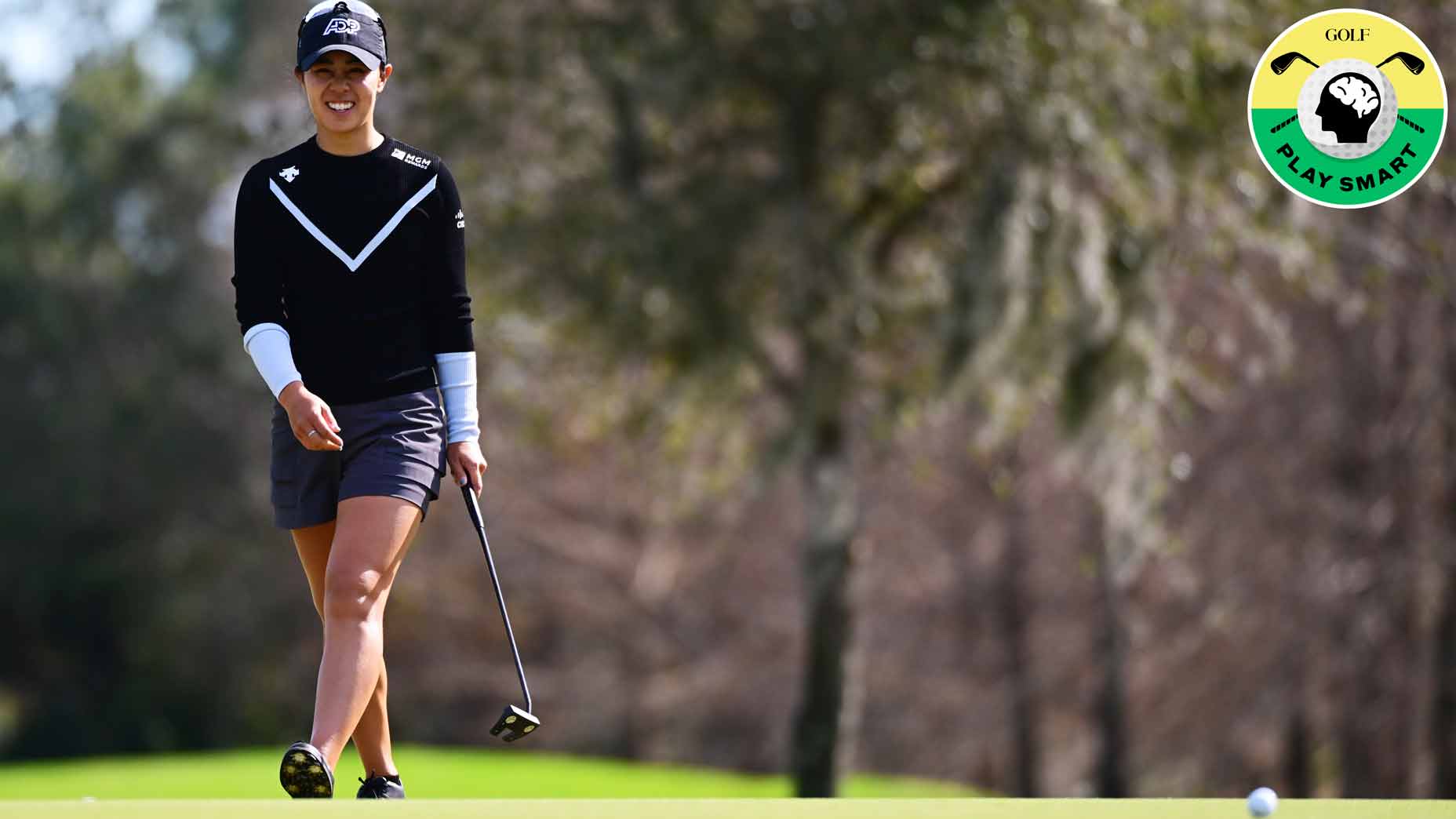 Danielle Kang’s brilliant reason for aiming away from the pin 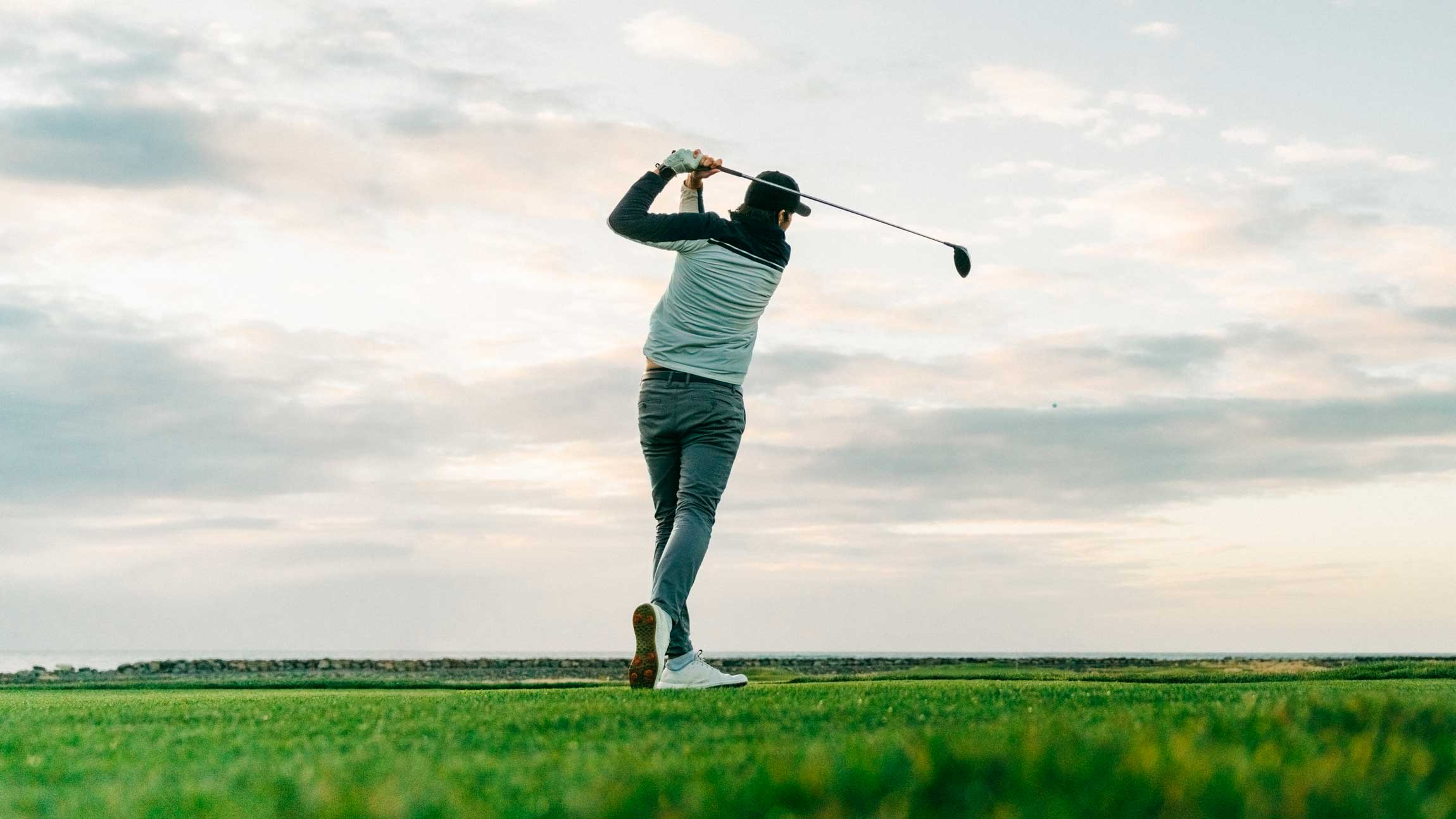 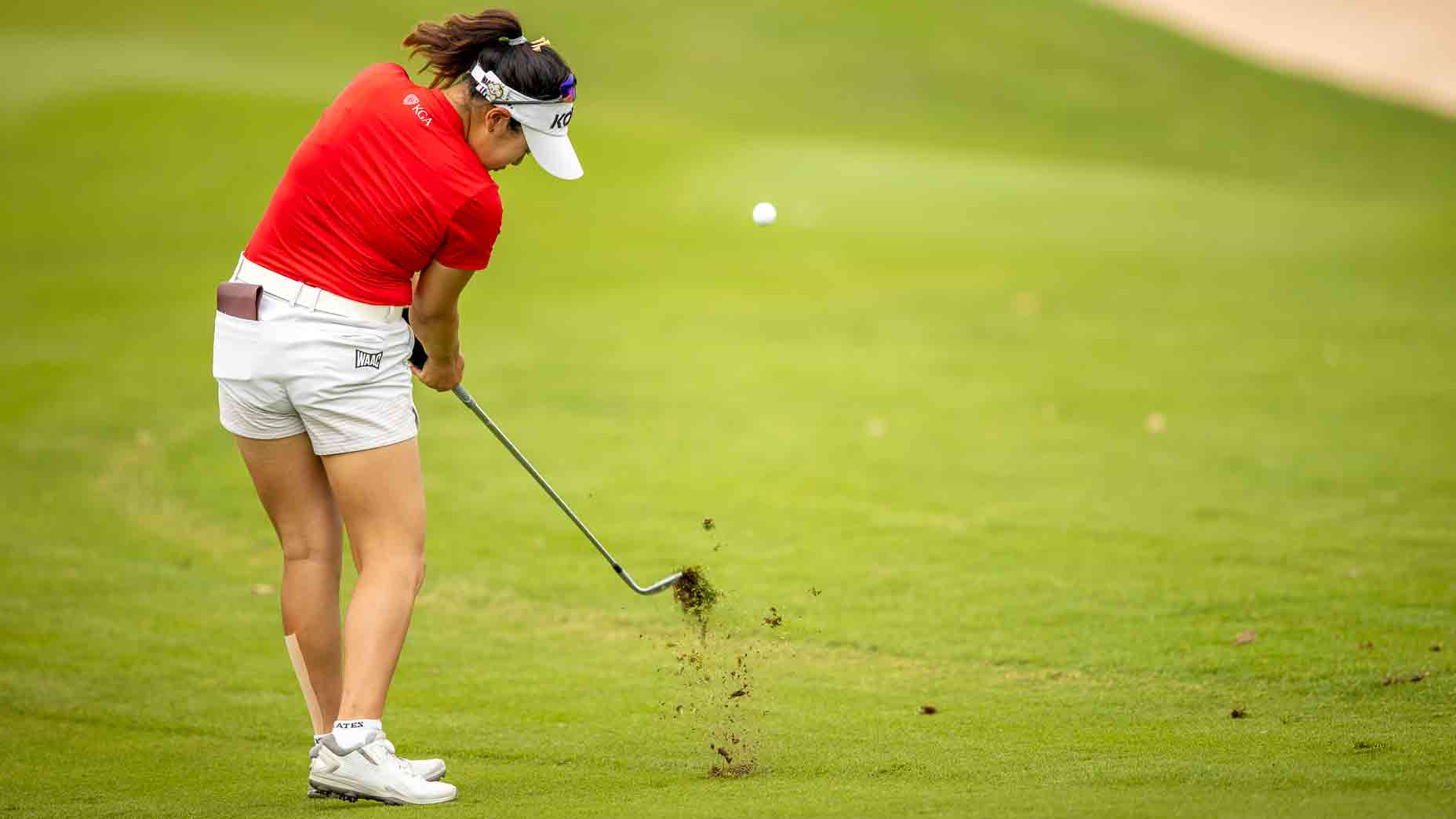 Want to sharpen your 100-yard-and-in game? Find your deficiency with this drill
Go to mobile version