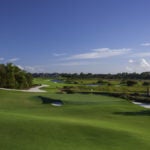 A view of Medalist Golf Club in Hobe Sound, Florida.

Mike Adams isn’t just a Hall of Fame golf coach, he’s a teacher at Medalist Golf Club, which means only a small handful of players know the ins-and-outs of the course better than him. With the big Tiger Woods-Phil Mickelson-Peyton Manning-Tom Brady showdown this weekend, we called him up and asked him what golf fans should expect.

As you’ll see, the course embodies the very best of Florida golf: Long and demanding off the tee, testing into greens, with elements of risk-reward target golf sprinkled throughout. The foursome will be in for quite a test this weekend. For his part, Adams’ money is on Tiger.

“Tiger plays that golf course as well as anybody plays any course,” he says. “He’ll carry the day.” 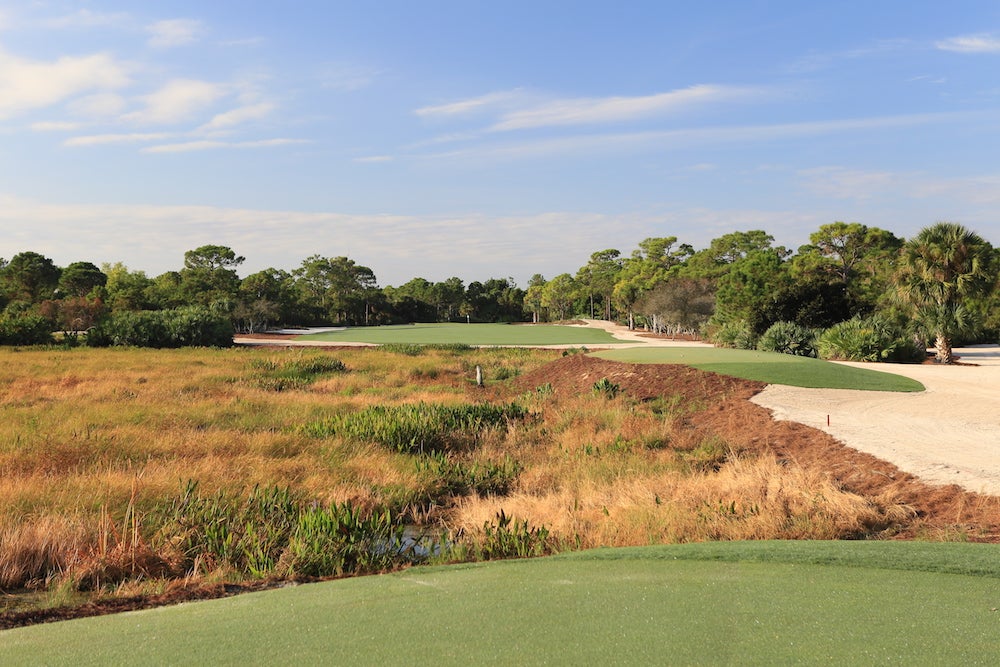 “From one of the Tiger tees, where Tiger and Phil will be playing from, it’s a 283 yard carry over water. Even if you do hit a good drive, the hole has a small green and you’ll hitting a long club into it.” 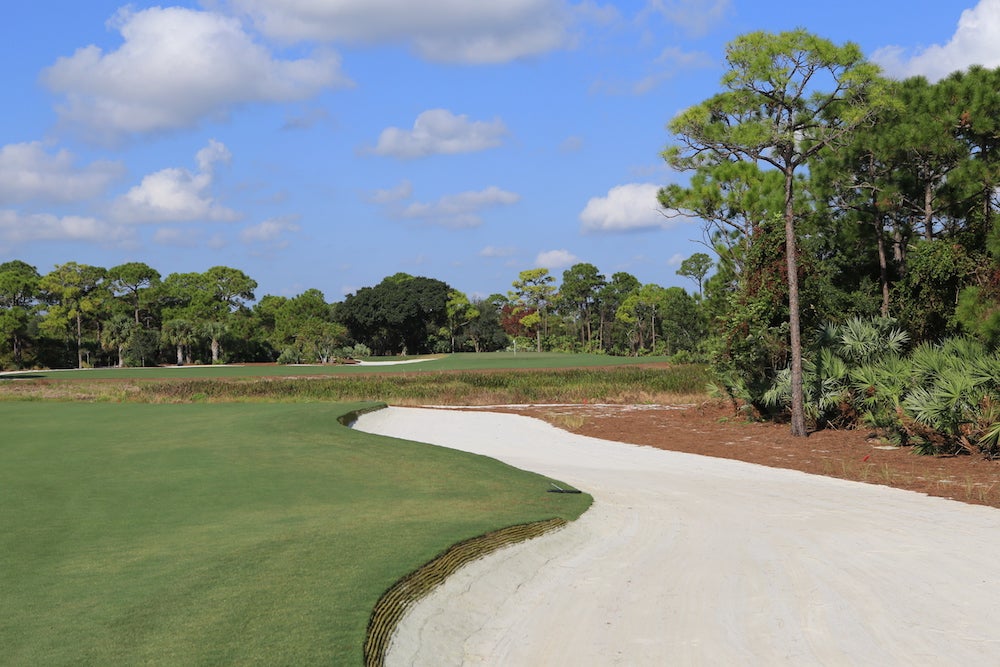 “You have to drive it over another hazard, and there’s a bunker down the right side. If you hit it too far, you drive it through the fairway into the trouble, so it’s not even a driver hole. They’ll be hitting 3-wood.

“It’s a tough green. It’s a little thin and it runs away from you as you approach; it runs from right front to back left.” 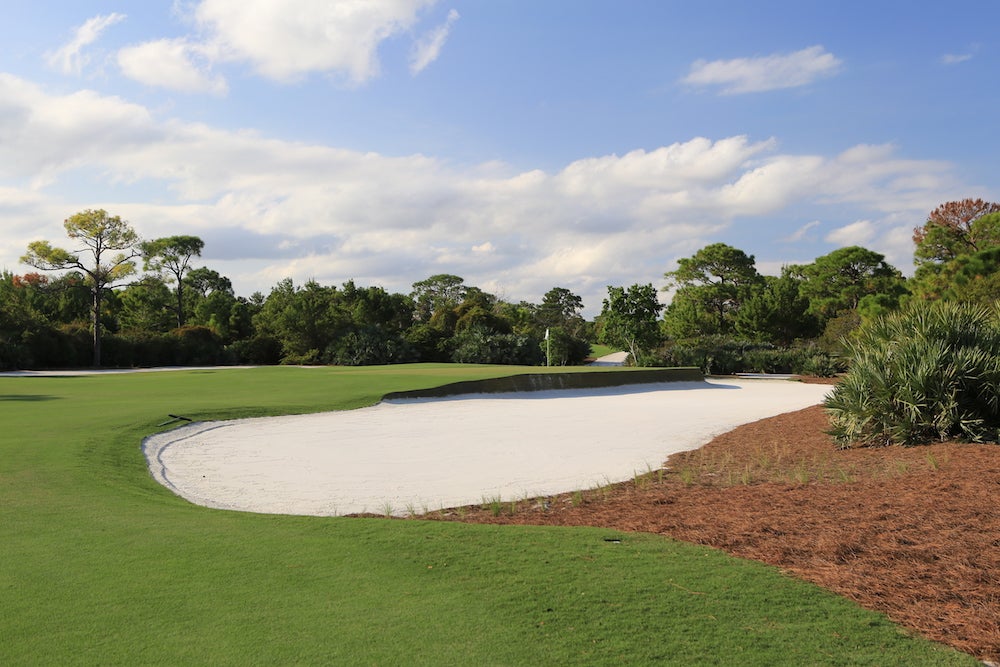 “The first par 5 on the course, it’s reachable with an iron. But the green is really small, and it’s tricky. If you miss it right, you’re in a huge bunker. If you miss the green left, it’ll be a tough up and down.” 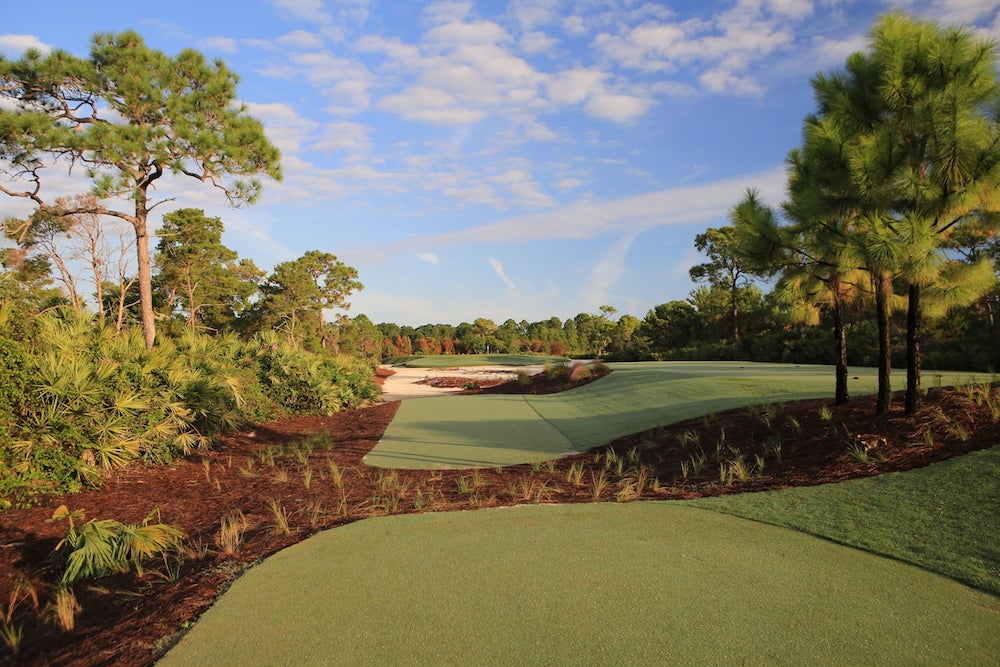 “This is the toughest green on the golf course. There’s big breaks and subtle breaks that you can’t see. They’re going to hit between a 5-iron and an 8-iron, depending on the wind. If you miss the green left, there’s a bunker that’s about 12 feet high you need to get out of. If you miss the green right, there’s a a big drop off and it’ll be a tough up and down, and missing it long and getting up-and-down isn’t any easier.” 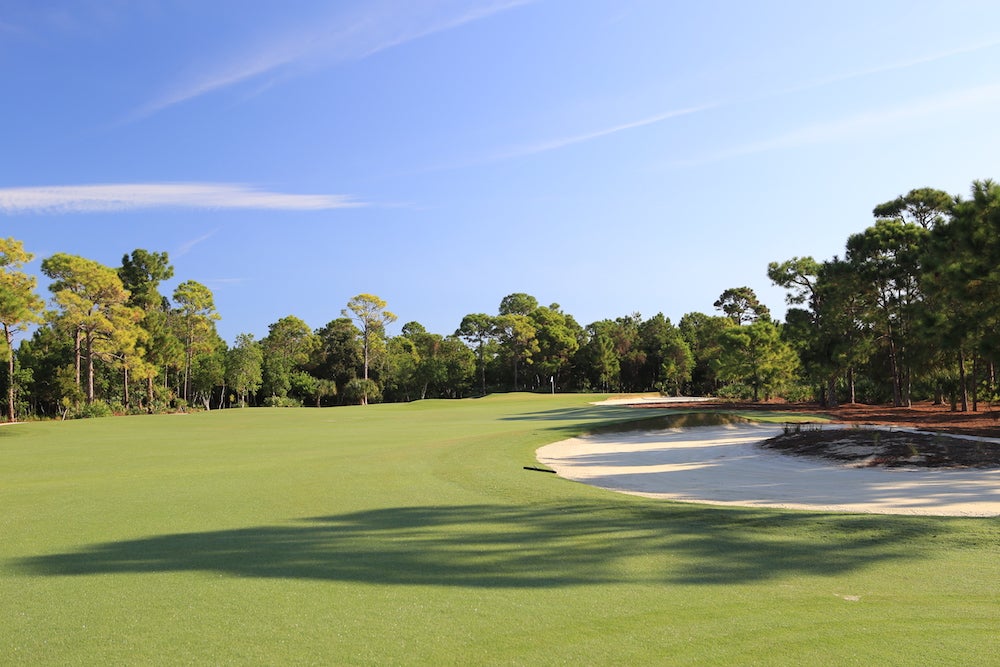 “Depending on how much of the corner you decide to cut off the tee, there’ll be hitting anything from a 7-iron to a wedge. There’s lots of three-putt potential on the green; lots of undulations.”

“Another Tiger tee, slight dogleg right that’s usually into wind. You need to make sure to cut the golf ball off the tee. From the middle of the green to the left side, everything runs off to the left.”

“A reachable par 5. Pretty driving area, although its possible if you miss it slightly to get a bad kick into the bunker. The second shot you take right over the tree and the fairway bunker, and if you land your ball over it it’ll kick on [to the green]. It’s a really tough green, though; hard to hit it close.” 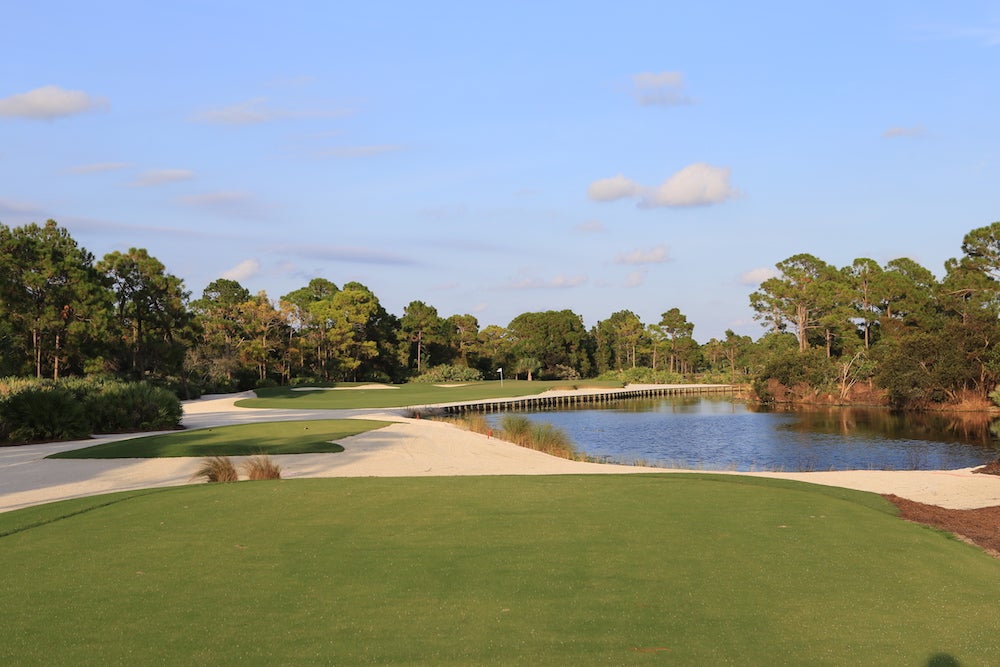 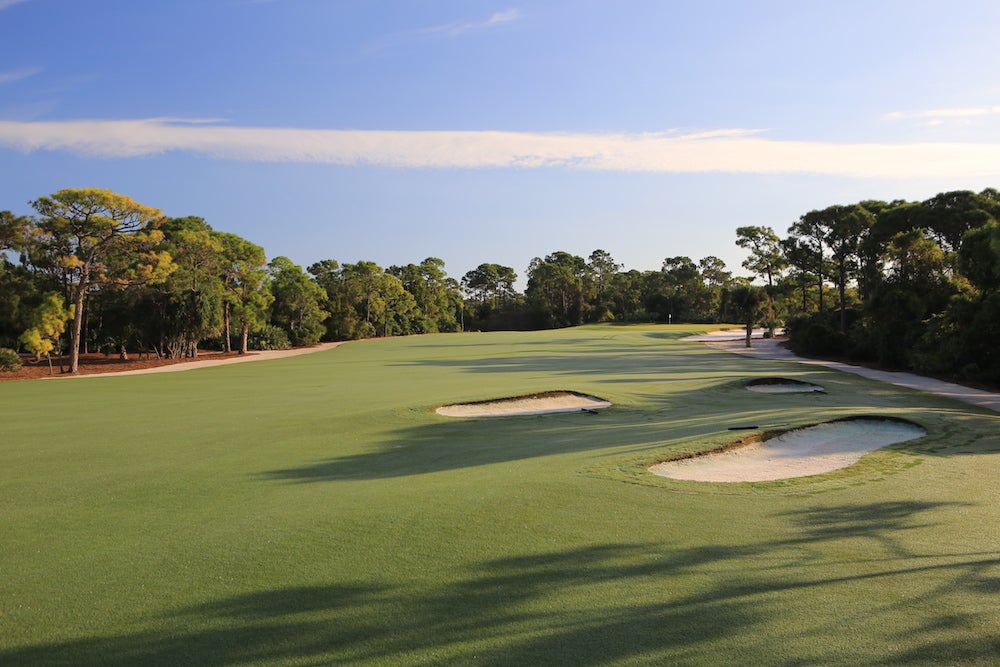 “The Tiger tee here is right next to the 8th green. You tee off over water, about a 240 yard carry. Bunkers down the left side and a slight dogleg to the left. A good drive will leave them a 4-iron to a 7-iron into the green, which is one of the flattest green on the course” 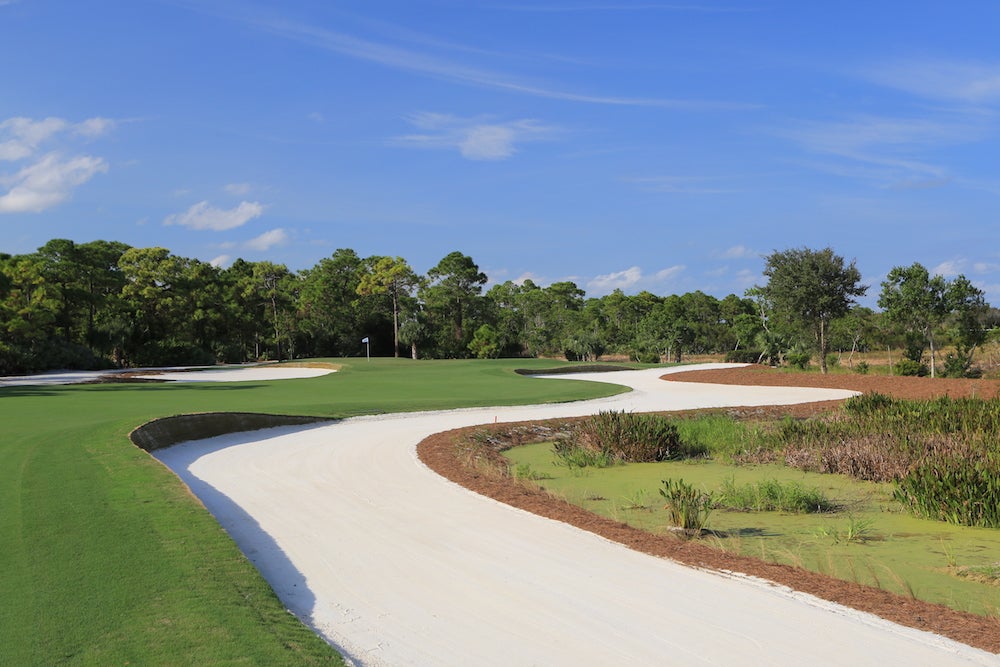 “A short hole, you can cut off as much as you want off the tee. There’s a bunker out there; if you drive it over the bunker it’ll kick own and you’ll have a sand wedge in.” 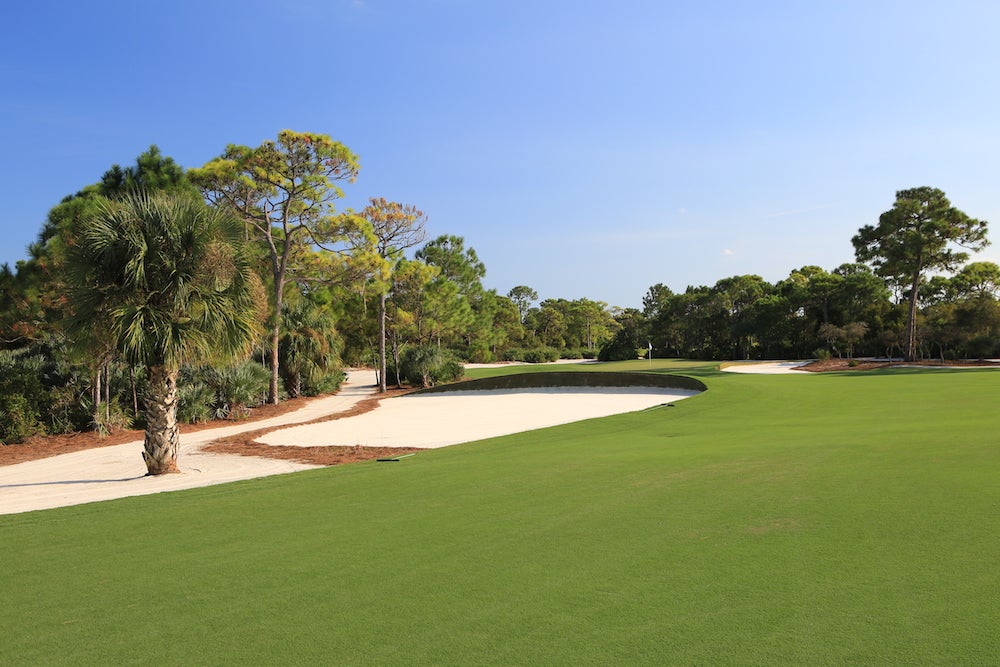 “10 and 11 are birdie holes. You can hit a 4-iron off the tee and hit a sand wedge in. If you want to be aggressive, you can take a driver over the tree an hit it onto the green, but if you don’t carry the trees, it’ll kick and you’re going to make a 25 on the hole.” 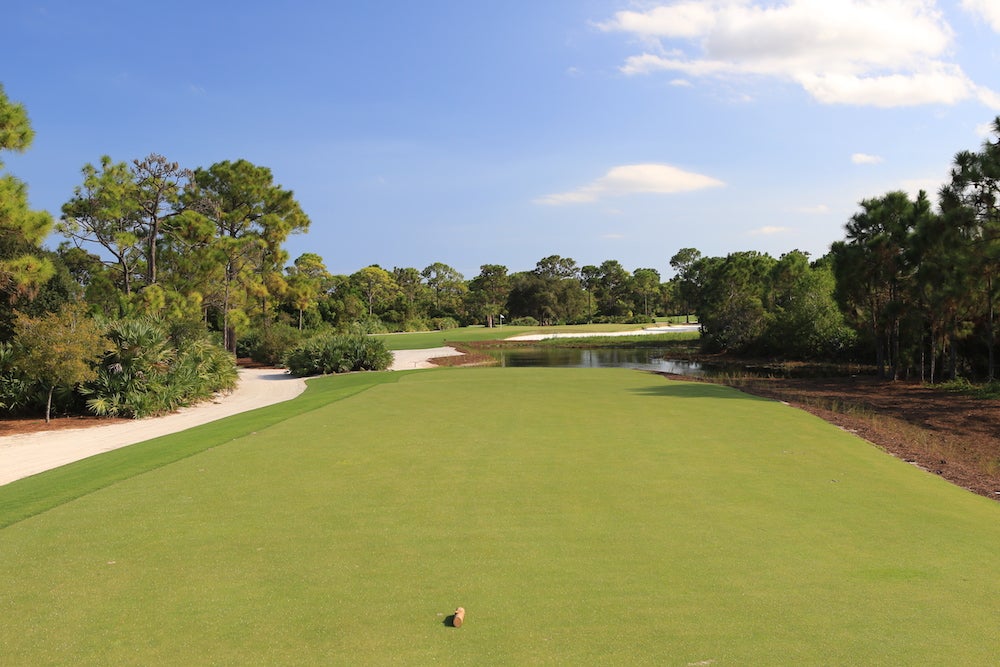 “It’ll a 5 to 7 iron, depending on the pin and where they put the tees. If the pin is on the right side, the middle of the green kicks everything towards the pin. If the pin is on the left it’s tougher, because it’ll kick away from the flag and maybe over the green. There’s a little wind tunnel there, so it’ll carry it a little longer.” 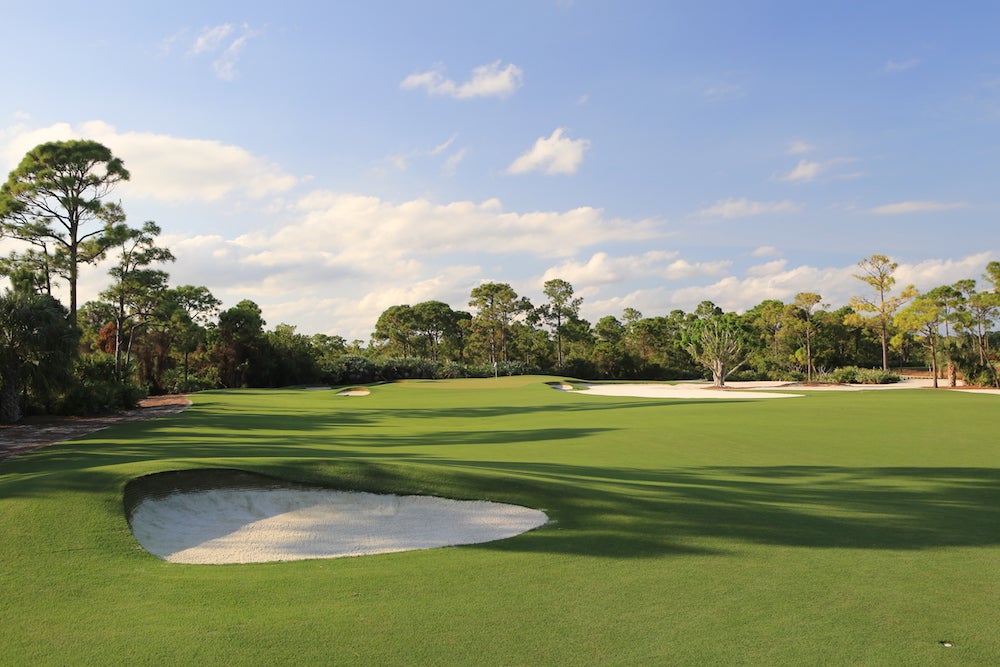 “You have to keep your driver center, to left-center. If you drive it down the right or right-center, you have no shot because the corner gets in the way and you have to bend it around. You want to keep the next shot left, but the problem is you have to carry a bunker out there which is right in your landing area, and the green is one of the toughest greens on the golf course. Hard to hit it close and tough to putt; there’s a lot of undulation and any putt will have a lot of break. 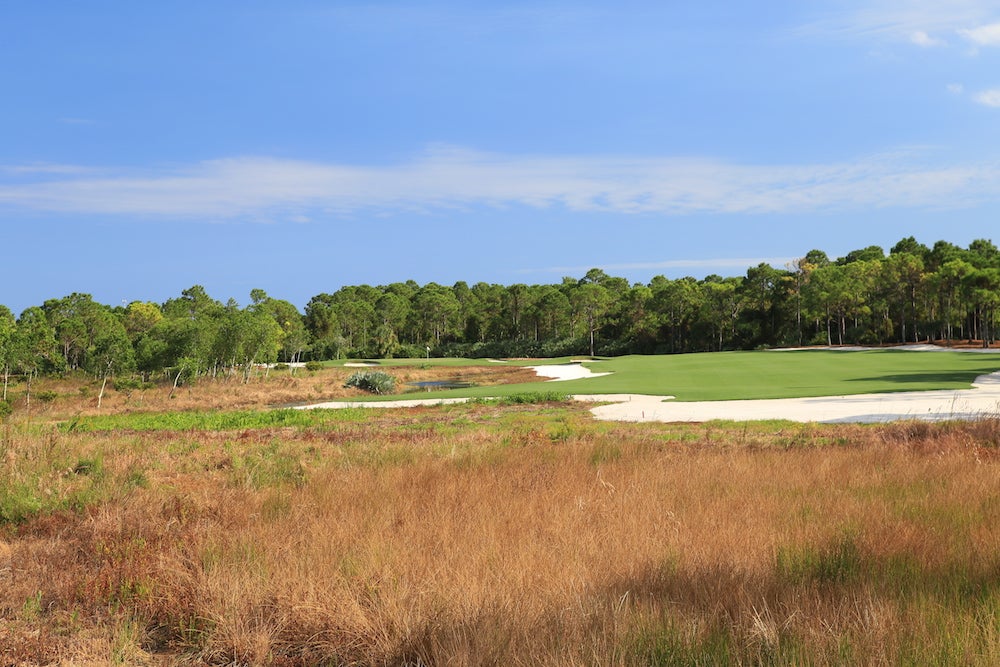 “Another drivable par 4, but unlike 11, you have take it over the water. The hole dogleg around the water so it’s very risk-reward. It’s a two-tiered green; long or right will both kick off the green. Hit it a little left and it’ll feed back towards the pin.” 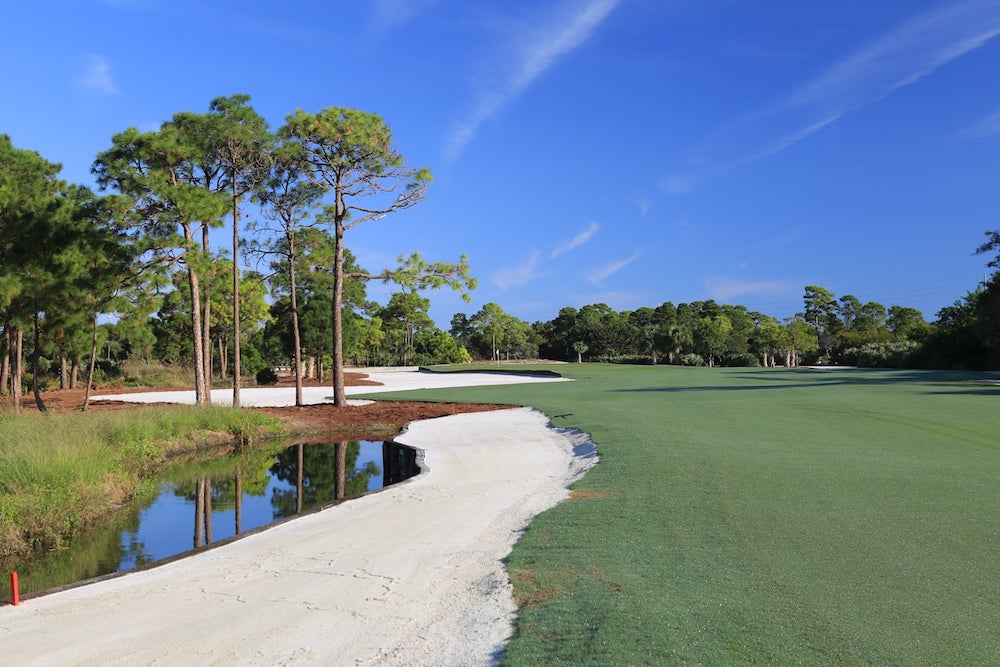 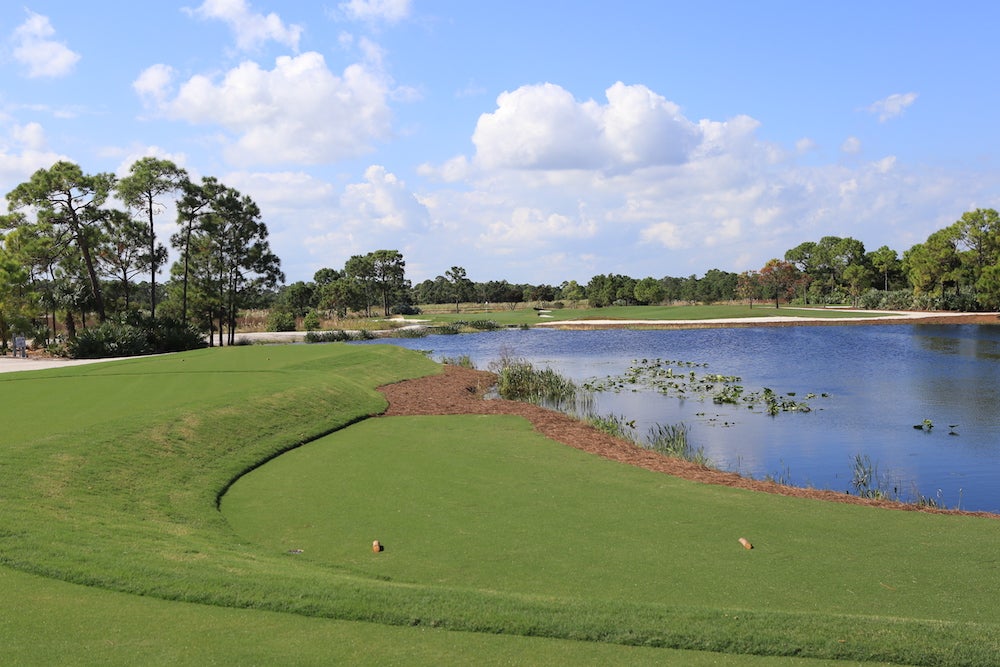 “It’s up to 240 yards with water all short, and it plays much longer than it looks because that water runs down the left side. You can hit a perfect shot and have it kick into the water. You want to aim for the middle of the green; there are two bunkers on the right hand side, but if you land it between the two bunkers it will kick back towards the flag.” 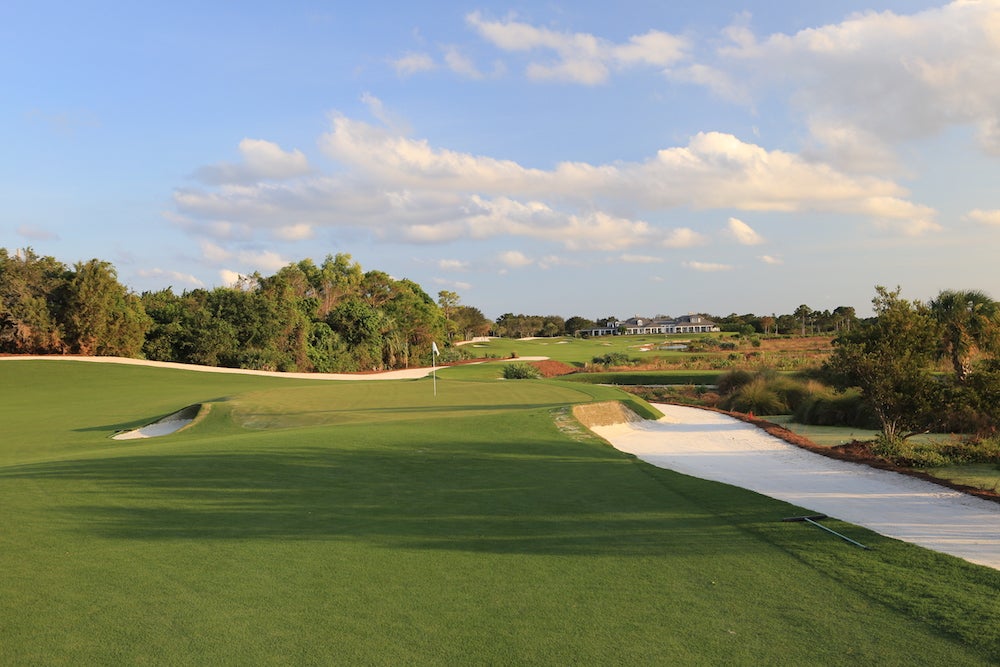 “You can reach 17 in two but you have to hug the right hand side off the tee. Problem with that is there’s a hazard and fairway bunker down there. You’re better off not hitting driver off this hole and hitting 3-wood, because there’s a fairway bunker that it could have it kick into. There’s really no reward for hitting driver. The green has a ton of undulation.” 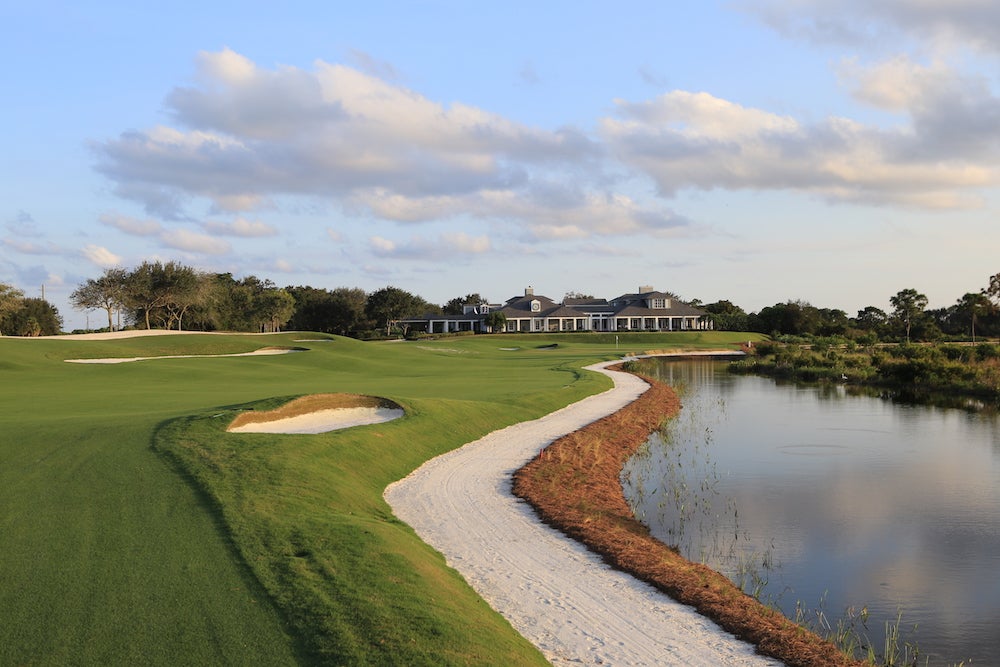 “You’ve got hazard and bunkers all the way down the right side. Slight dogleg right, you’re better off hitting a drive up the left side and let it feed back into the middle. If you pull the driver, you’ll be in the bushes. You’ll end up hitting nothing short of a 7-iron and up to a 4-iron.”

Why Jordan Spieth's practice swing looks nothing like his real swing

'One of the best lessons that I've ever got': What Shane Lowry learned from Tiger Woods' 10 at the Masters