How to hood your wedge and escape a plugged lie

Your standard bunker swing can handle 90 percent of all bunker lies, even when you have to deal with slope. When the ball plugs beneath the surface of the sand as it has in the photos above, however, your everyday technique is as useful as a blank yardage book. Plugged lies are nasty—there’s no way to sugarcoat it. Worse yet, you typically run into them following a soaring approach that just missed its mark. (Skulled shots don’t bury). Instead of “sweeping,” “gliding” or “scooting” your wedge through the sand, here you have to bury it. And I mean that literally. The goal is to create as violent an explosion as possible when the club enters the sand, so that the force alone is enough to propel the ball onto the green. Here’s how to do it, in four easy steps.

Opt for a gap wedge instead of your sand or lob wedge. The longer shaft length on the gapper automatically provides more speed. Trust me—you need significant power on this shot.

Position the ball in the middle of your stance, or even slightly back of center if the lie is extra nasty. Regardless of the ball’s position, aim to swing the clubhead into the sand approximately one inch behind the ball.

At address, hood the clubface by turning in the toe, and position your hands even with the left side of your chest, creating some shaft lean. This encourages you to swing down sharply into the bunker one inch behind the ball. Make your normal backswing, then slam the toe of the club into the sand. And I mean slam it! Once you feel impact, loosen your grip pressure, allowing the club to rotate in your hands to a squared position. If you swing down hard enough, the force of impact—coupled with the eventual squaring of the face—will pop the ball up and out. Don’t even think about finishing your swing—leave the club buried in the sand.

Plan for zero spin and 15 feet of roll once the ball hits the green. It may not get you close enough for a one-putt, but it can definitely save you a stroke from a spot that normally leads to blowups. 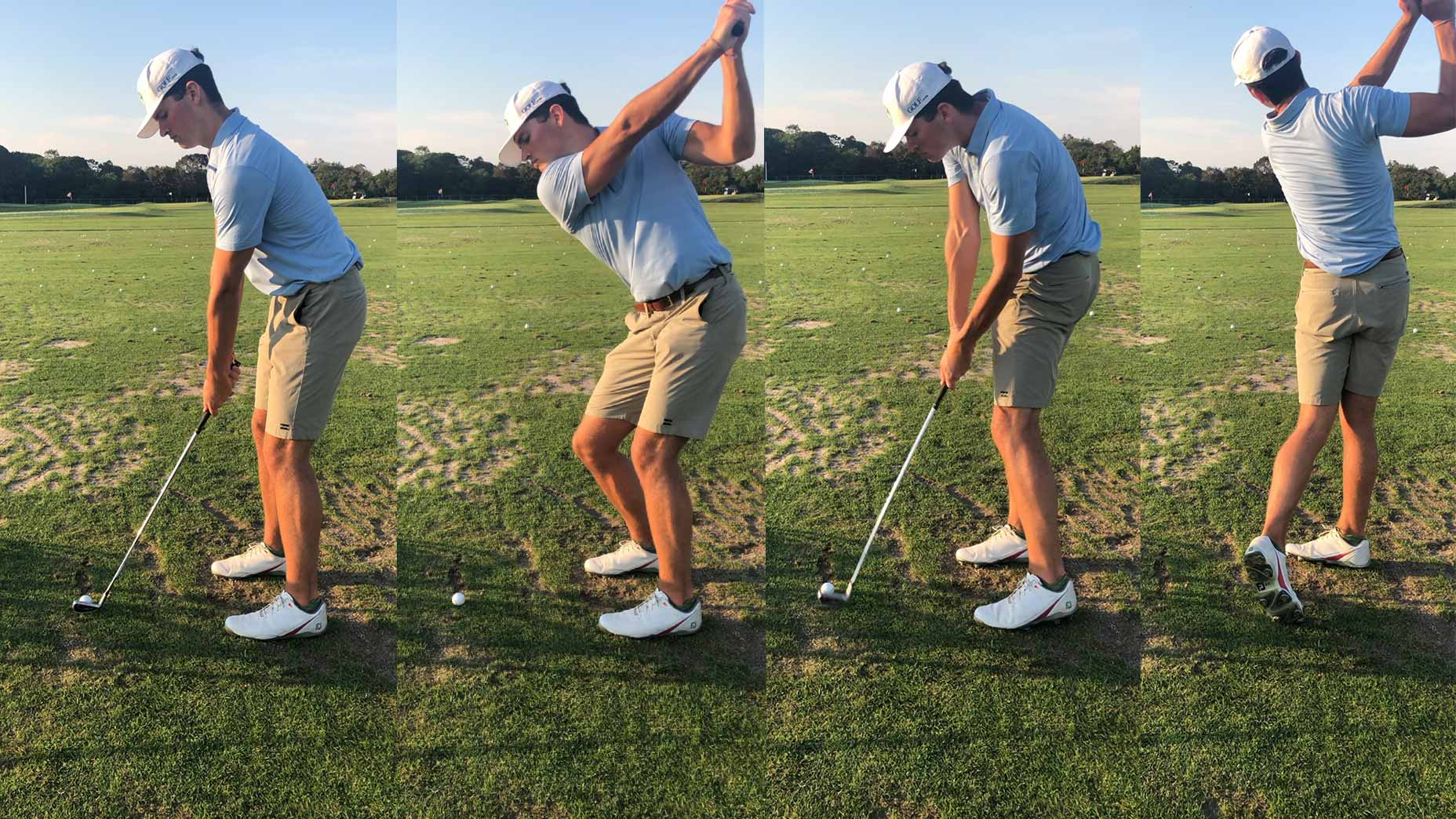 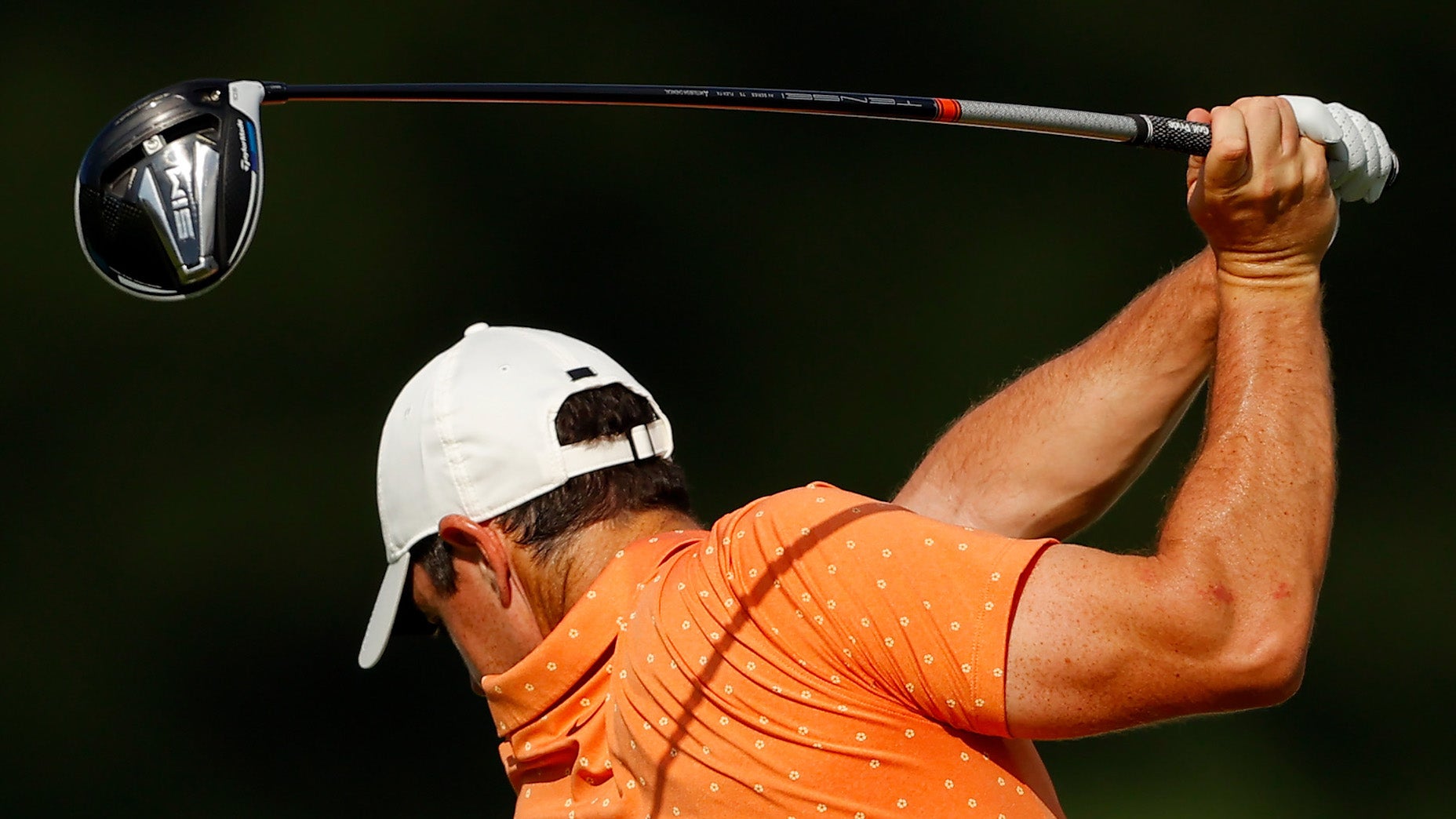 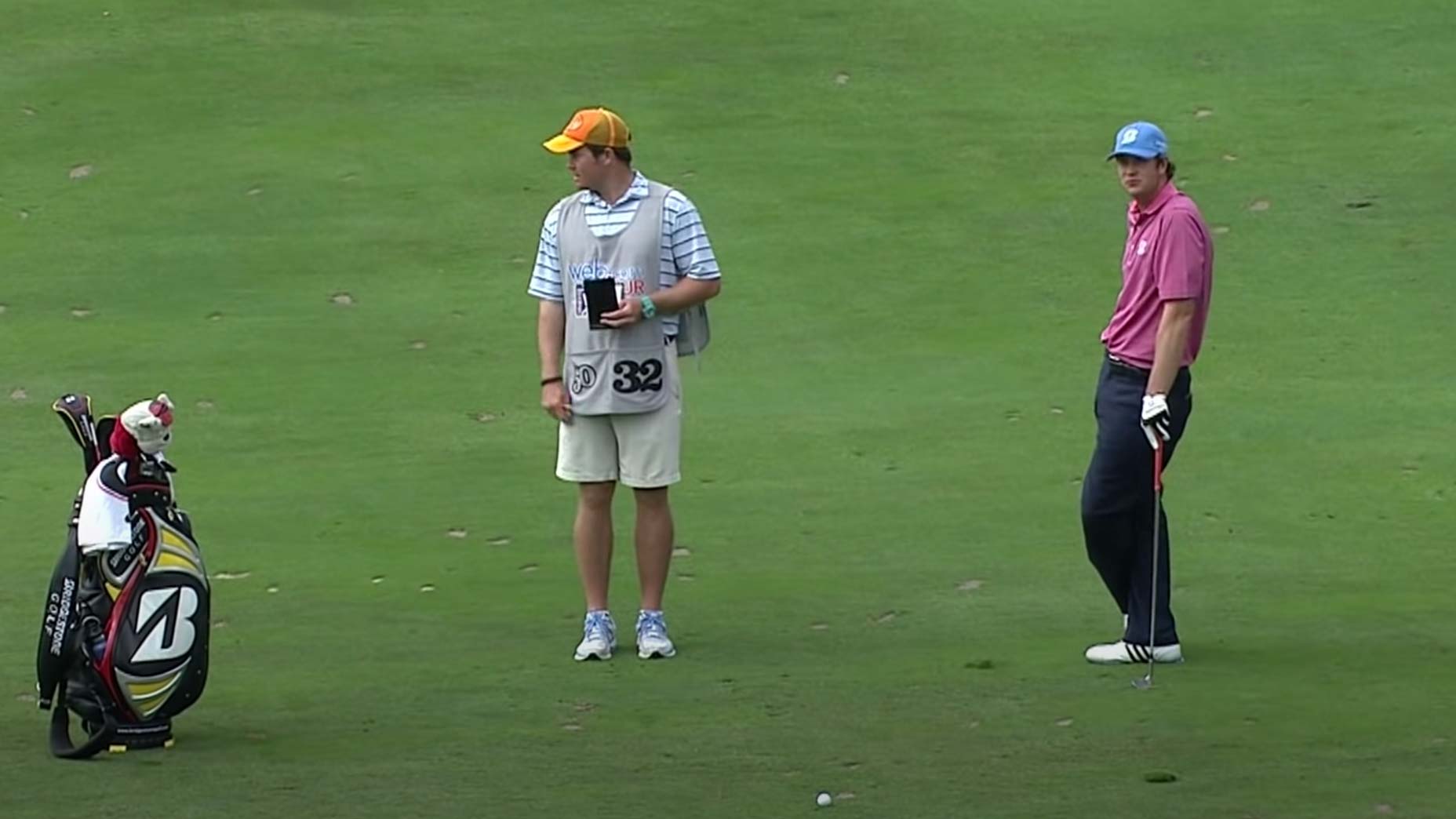 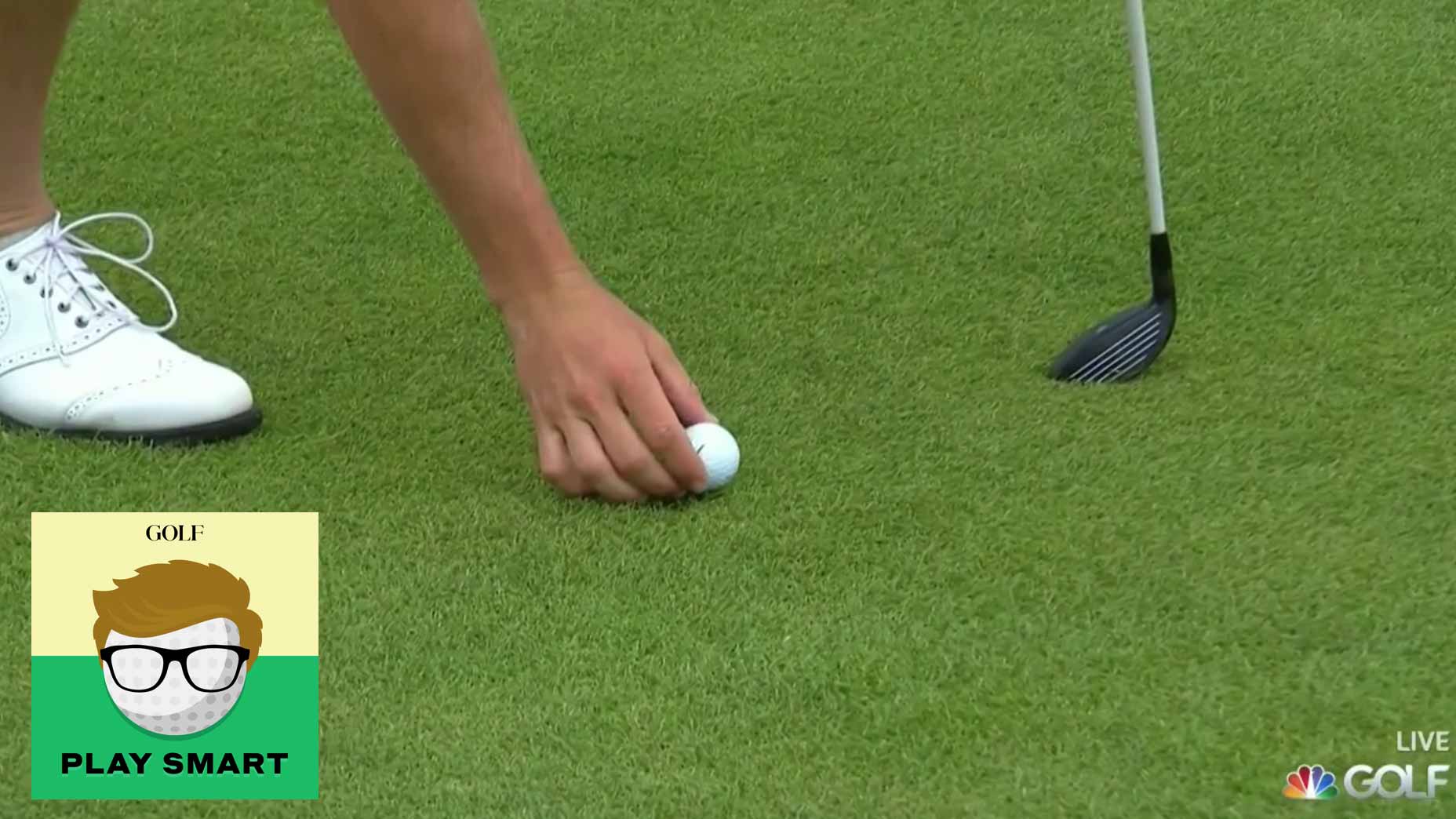 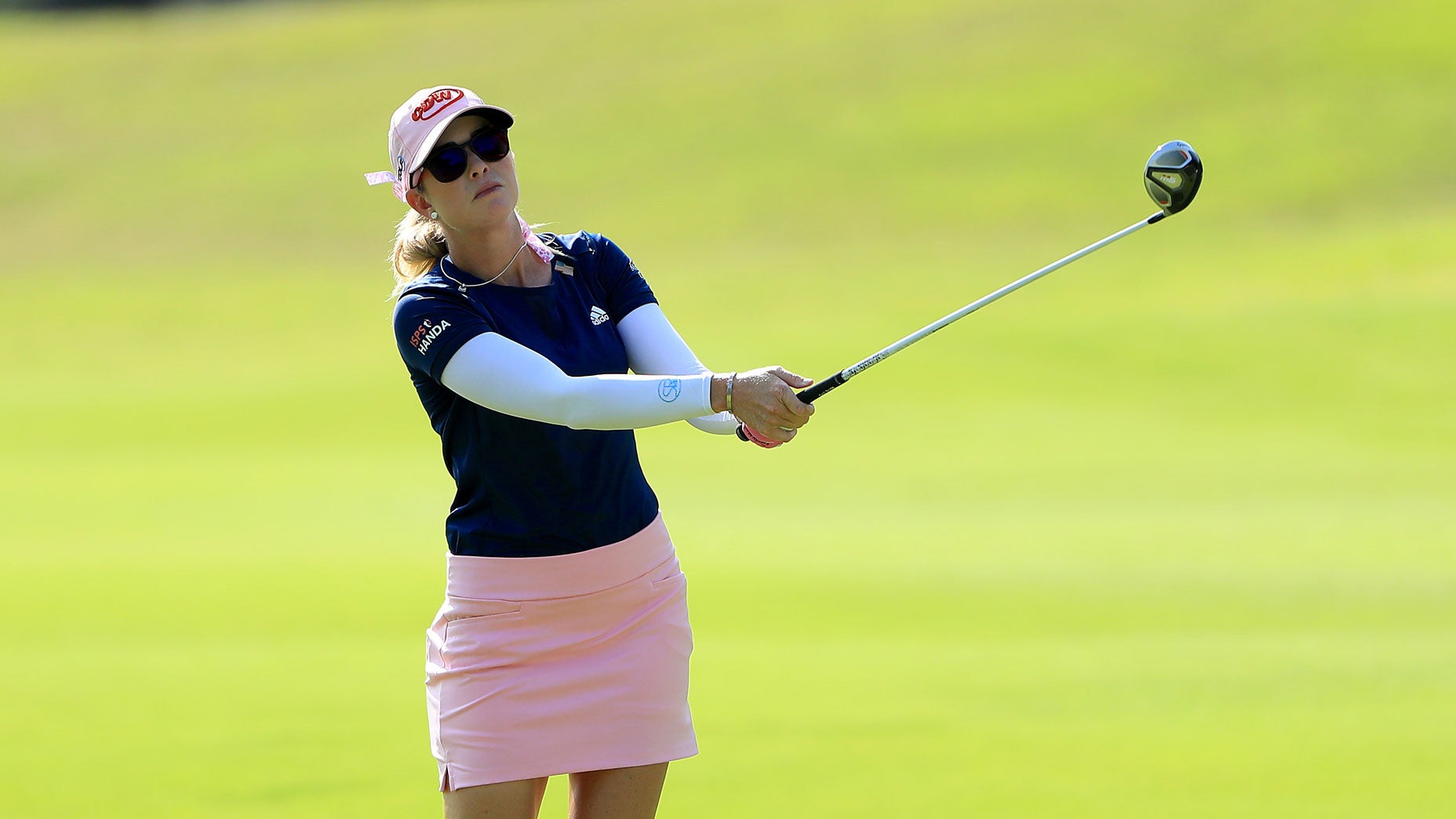 My favorite swing-thought of all-time came from Paula Creamer