Higher handicap? Chances are, most of your shots come up short.

There’s certainly truth to that, of course. But there are also many ways these golfers can improve by simply understanding the mistakes they do make, and learning to avoid them.

For that, we turned to our new partner GOLFTEC, which analyzed more than 90 million swings in its SwingTru study, the largest kinematic golf study ever conducted, according to the company.

Through analyzing all those swings, GOLFTEC found a bunch of commonalities between golfers of all skill levels, so let’s dive in. Here are three swing flaws high-handicappers tend to share:

Ready to jump in? Fill out this form to book a swing evaluation or club fitting! A local GOLFTEC coach will contact you to discuss your game and goals.
Book Now 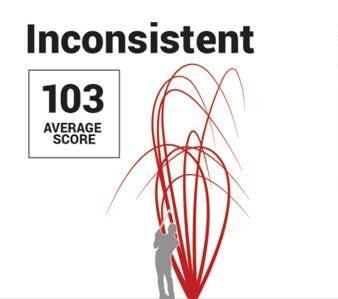 1. High handicaps don’t know where their bad shots are going

Though the idea of eliminating one side of the golf course has been exposed as a bit of a myth, there’s a big difference between that and a classic two-way miss as we generally understand it.

According to the SwingTru study, most higher handicaps hit slices and as a result, miss right most of the time. But even missing right a lot is preferable to missing everywhere, which is what the highest handicappers tend to do. Pull hooks, slices, tops; the first step to lowering your score is simply nailing down what your most common miss is. Once you do that, you can start figuring out the cause. 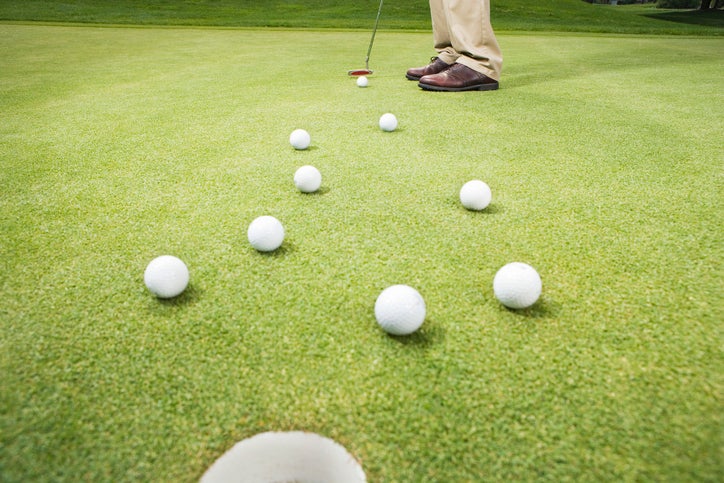 Maybe you’re a higher handicap yourself, or maybe you play with a bunch of them. Answer me this: How often do you see a higher handicap pull a club, hit their shot and accidentally send their ball long of the green? That’s because it rarely happens: According to the SwingTru study, Golfers with a handicap over 16 only miss long between five and eight percent of the time. By contrast, how often do they miss short? Upward of 68 percent of the time!

Part of the reason why is a contact issue. After all, if you’re not hitting the ball solidly, you’re probably going to come up short. Higher handicaps also live in willful ignorance about how far they hit their clubs, which leads to shots coming up short, too.

And, as we’re about to see, they also tend to have their clubface more open… 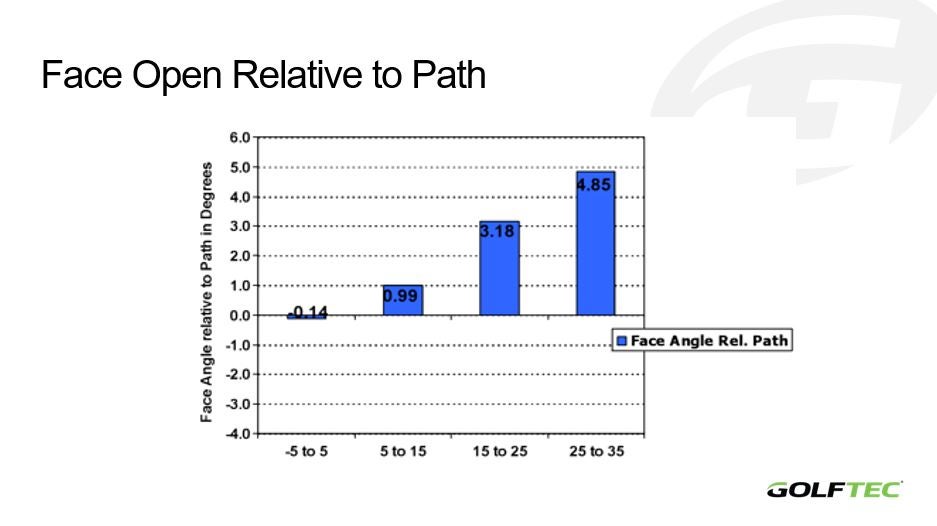 Golfers who hover around scratch generally hit the ball with a pretty square clubface at impact relative to their club paths, according to GOLFTEC’s study.

Golfers who regularly break 80 keep their clubfaces within a degree of their club paths.

When your handicap starts creeping over 18, your clubface is on average anywhere between three and five degrees open relative to your path, which probably isn’t moving in a neutral manner.

A clubface that’s too open doesn’t just mean you’ll miss to the right more often. All that sidespin makes it more likely that you’ll come up short — unless you accidentally overcorrect and pull-hook it left.