Is this the worst opening tee shot in Old Course history? 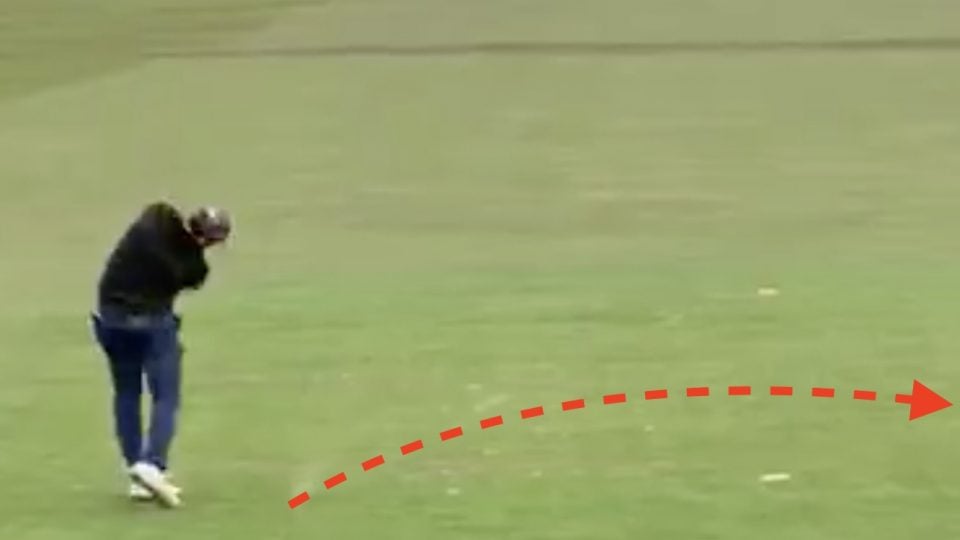 The Old Course at St Andrews. Hallowed ground for so many golfers, with an iconic joint fairway which connects the first and 18th holes that spans 128 yards wide. The fairway may be almost impossible to miss, but it presents obstacles of the a different sort: Obstacles of the mind.

At least for this golfer, anyway.

He sets up to his first tee shot of the day with an iron. Questionable decision on that front, but that aside, his setup is very good. Looks like a solid player. 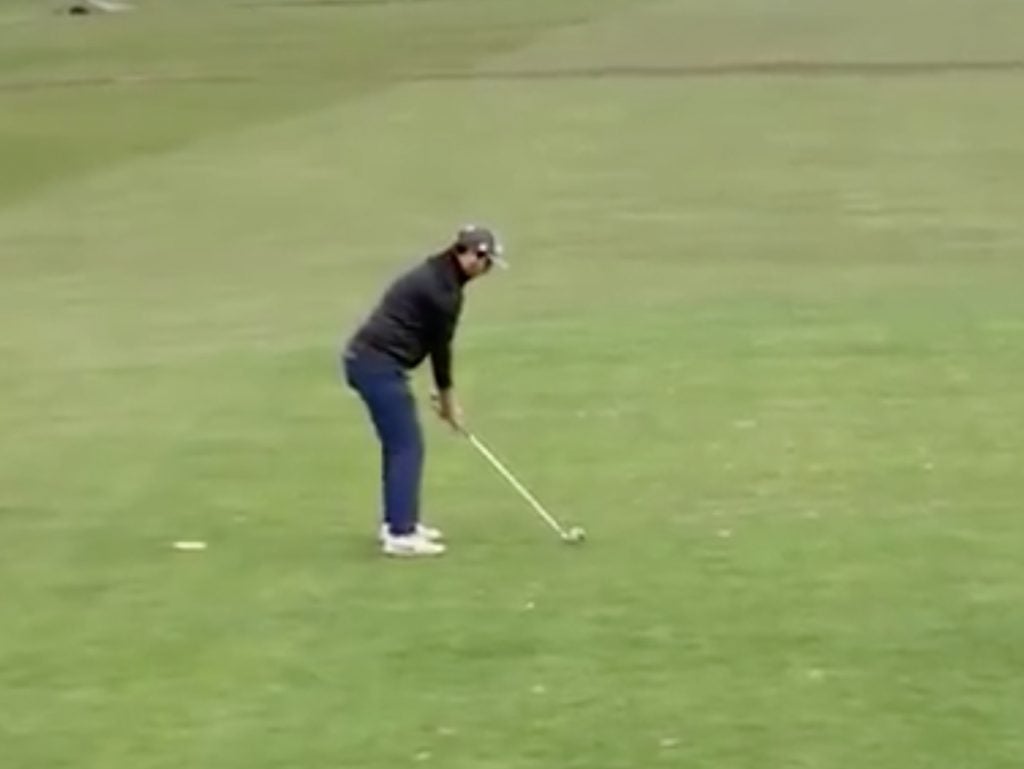 His next step is a takeaway drill which, again, looks good. Seems like he’s working on making sure trying to make sure he keeps the clubhead outside of his hands and rotating slightly open. 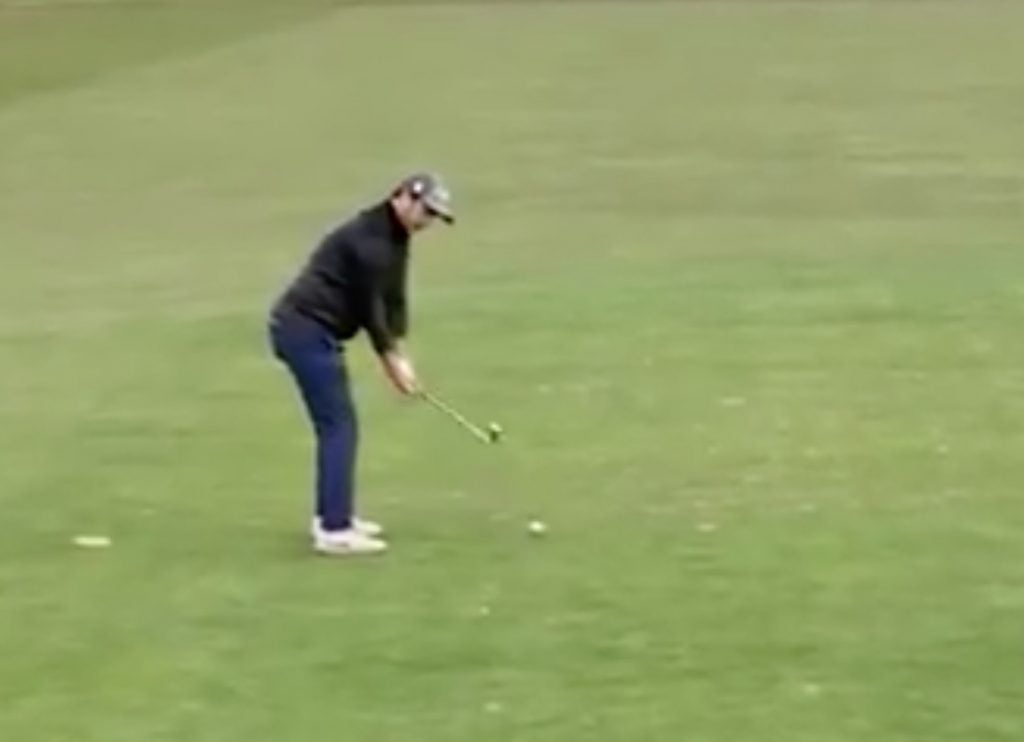 But then his swing starts and again, it looks good, but there’s one move that causes the eventual shank.

You can see his swing is a little long at the top with a flying elbow. That’s not bad in itself, but in order to match it up, he’ll need to shallow the club to start the downswing, a la George Gankas.

But that doesn’t happen. He starts his downswing by turning too soon, which means the club shaft is too vertical, or steep.

The club is too steep to start the downswing, which means he needs to correct later on. So, as the club shaft reaches parallel to the ground, he desperately tries to shallow at the last second so he can hit the ball. But in doing so, he leaves the hosel exposed. 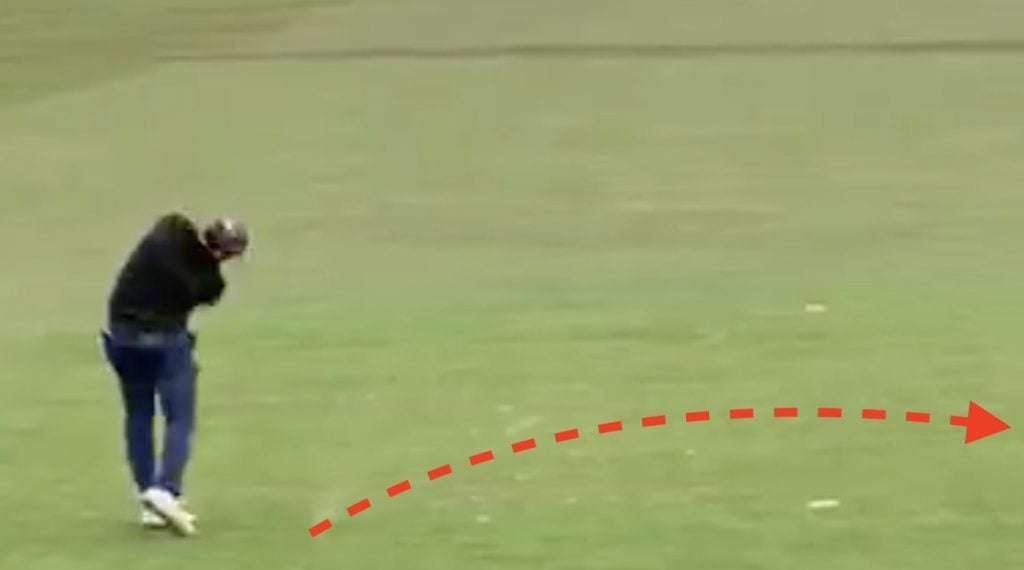 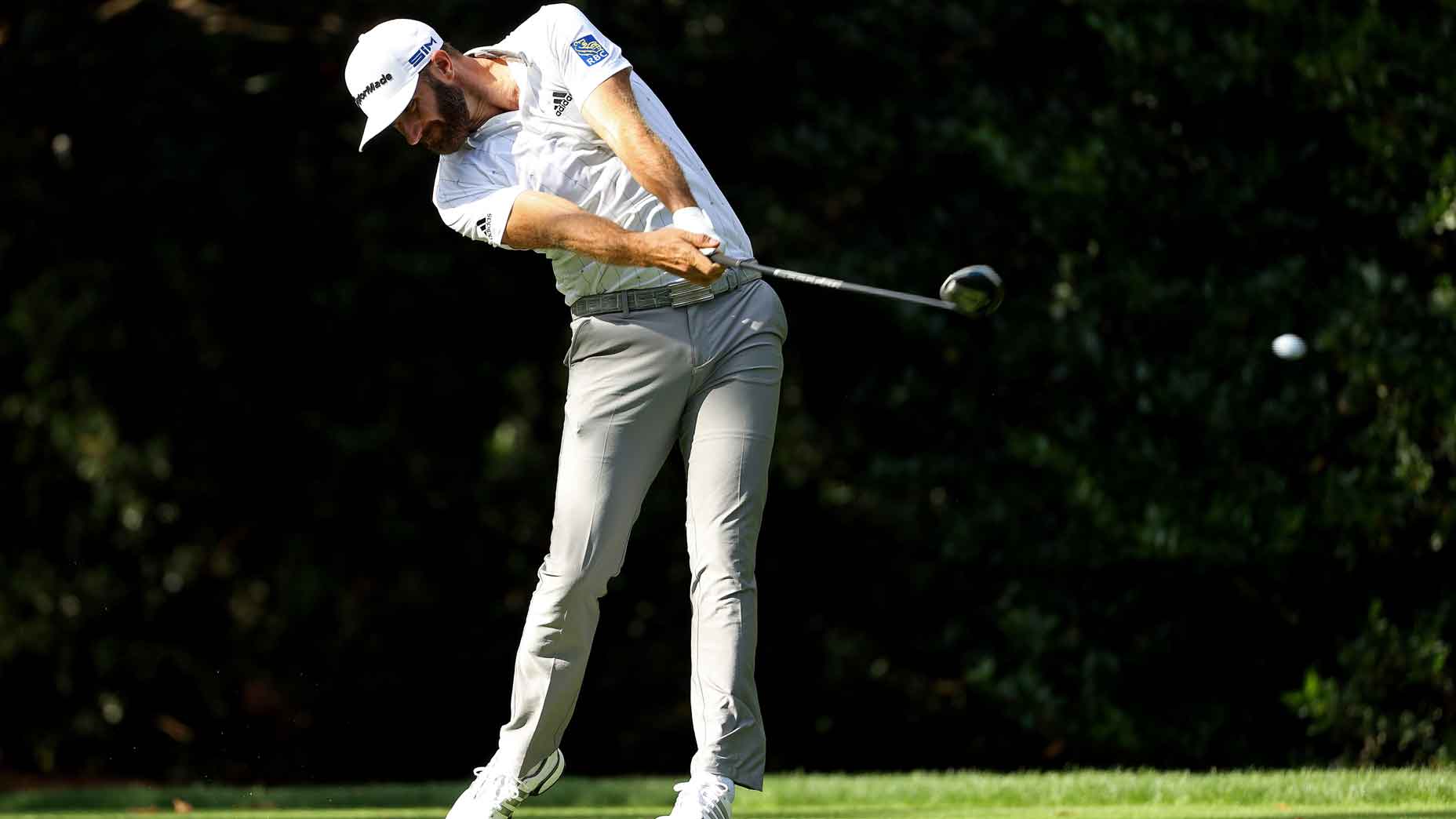 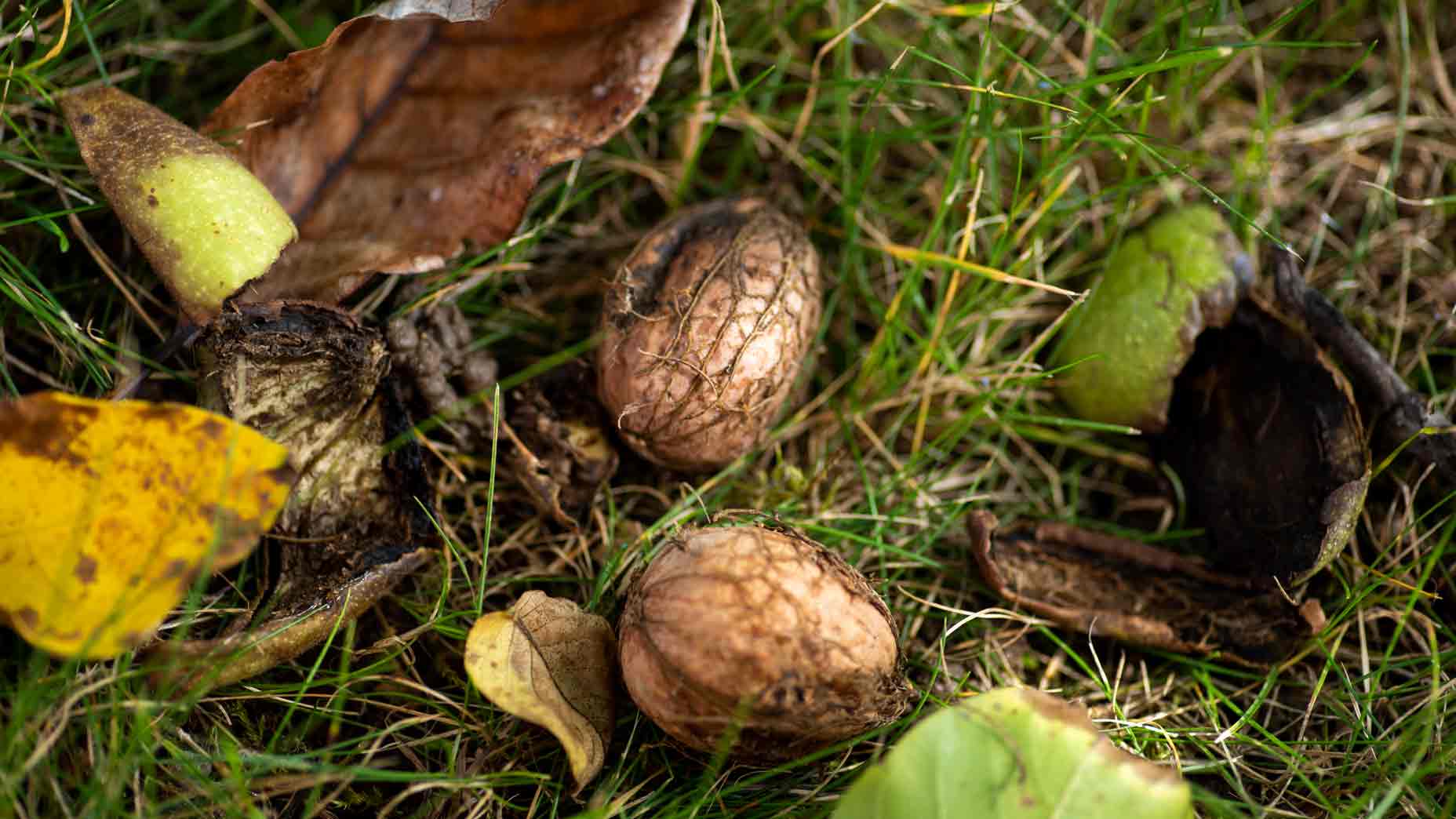 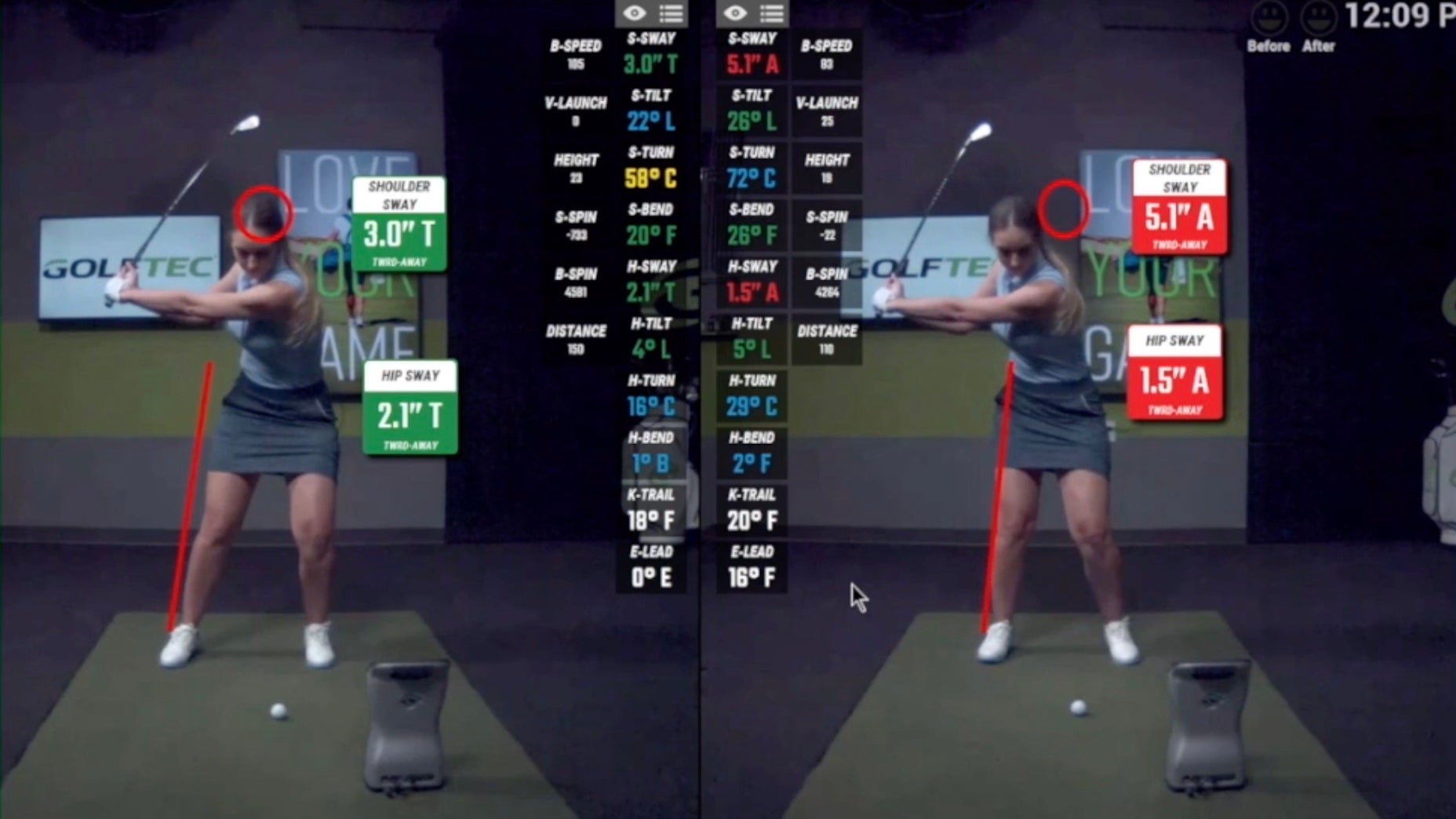