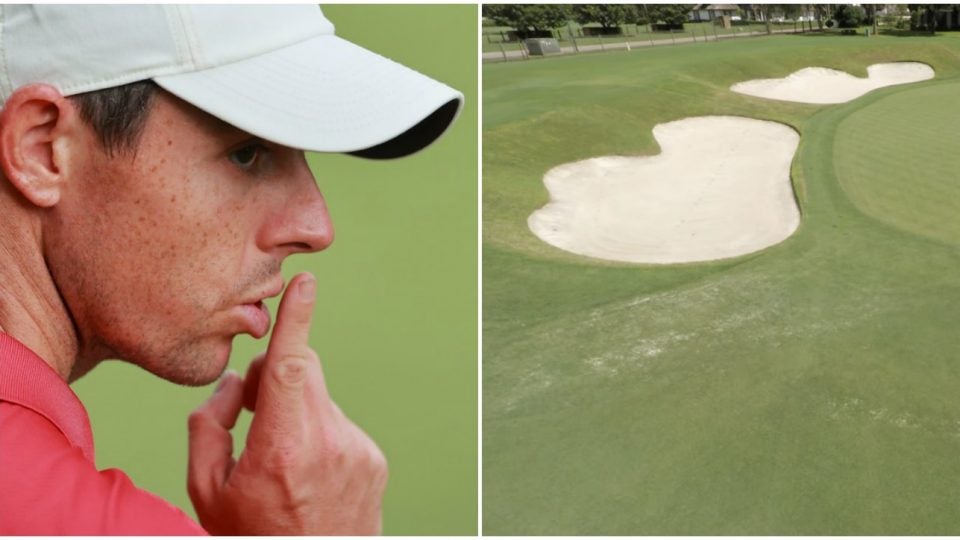 Bay Hill’s 18th hole isn’t the longest out there — for Tour pros, a well-placed drive or 3-wood shouldn’t leave much more than wedge in — but that doesn’t make it easy. The green wraps around water short and right. Three bunkers protect the other flank, and while leaving it short can be a safe miss, it leaves a treacherous pitch to a back right Sunday pin.

One thing is certain: pros don’t want to hit it anywhere other than the middle of the green. But if they do bail out into that bunker, Rory McIlroy has a plan to keep the water out of play: Grab the putter. Seriously.

During his Pro Am on Wednesday, one of Rory’s partners hit his shot into the first bunker on the left. When he arrived at his ball, he started waffling about how he should hit the shot.

“Why don’t you just putt it?” Rory asked.

His partner laughed and proceeded to hit his wedge slightly thin. It ended long of the pin, but just short of the water.

He tossed his ball into the bunker and, with his putter, set up to the ball. He put a firm stroke on it, and watched as the ball hit the lip, popped up, and released down to about eight feet away.

It had trick shot elements, but it wasn’t. With water long and a green which runs towards it, Rory said he would seriously consider the shot if he was in the same situation.

“I’d absolutely putt it out of this bunker with the tournament on the line. I’d love to,” Rory said. “You’d need to judge the lip, but it’s playing the percentages…you pretty much take water out of play.” 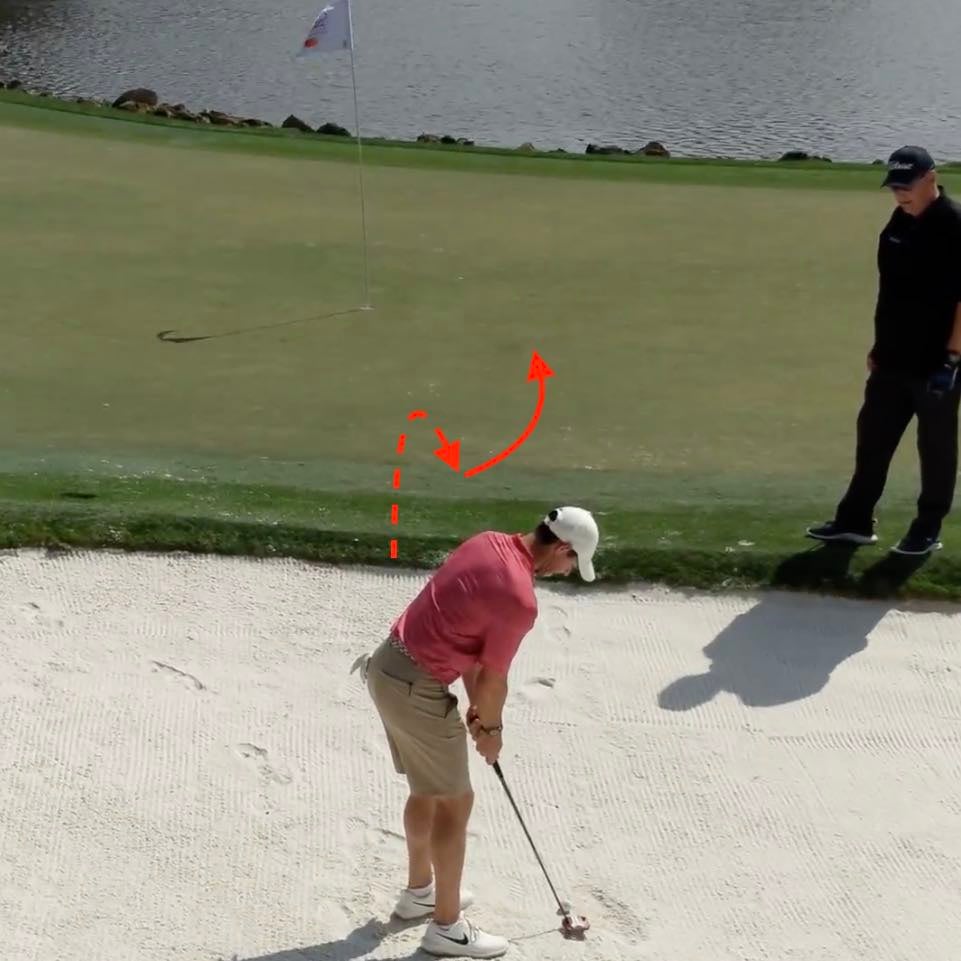 An eye-catching play, but it’s not just a gimmick — it’s a reminder to keep an open mind when you get in a tricky spot. If putting out of a bunker is good enough for Rory, it’s something you should consider when you’re stuck in a similar situation. 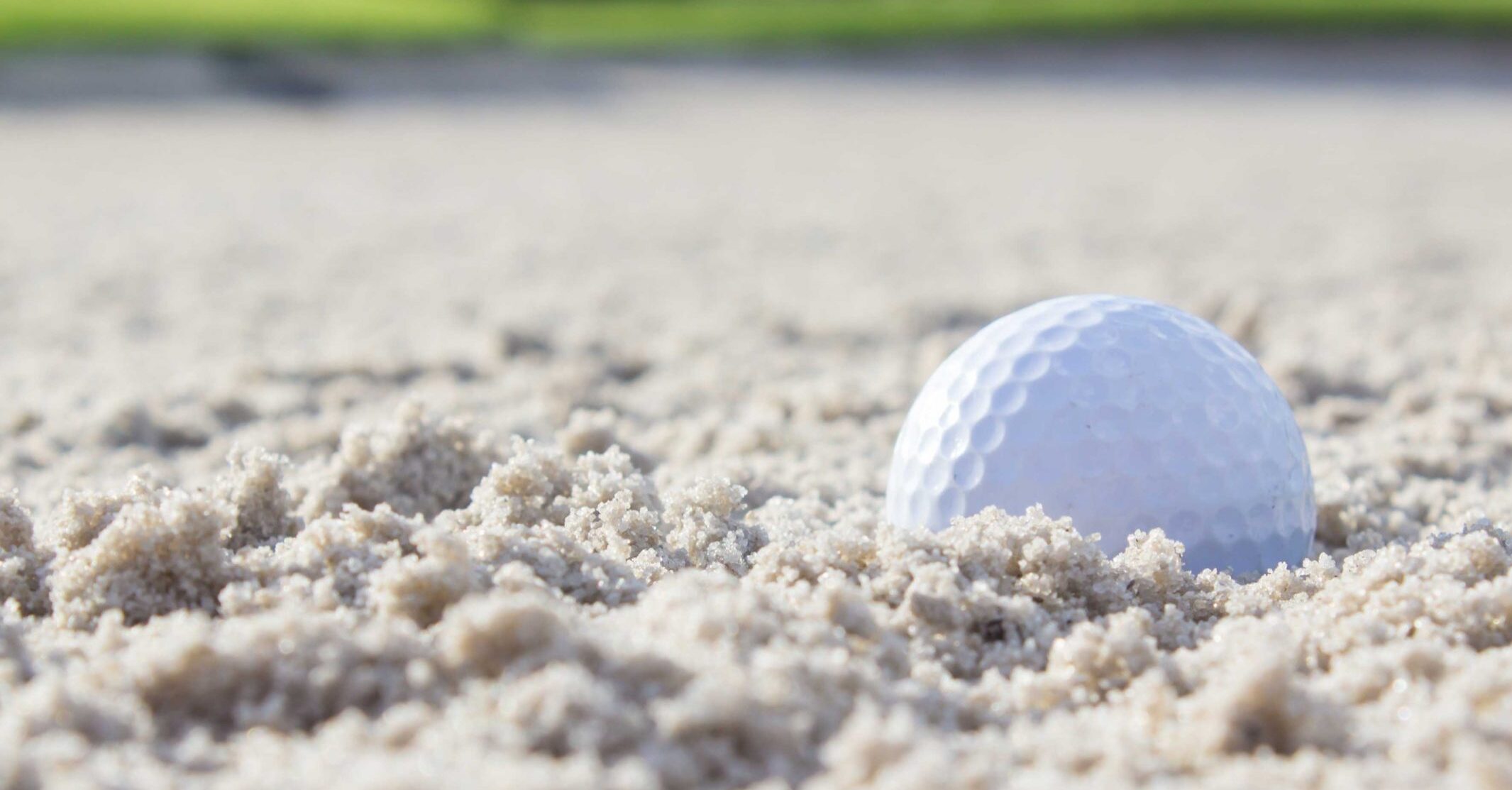 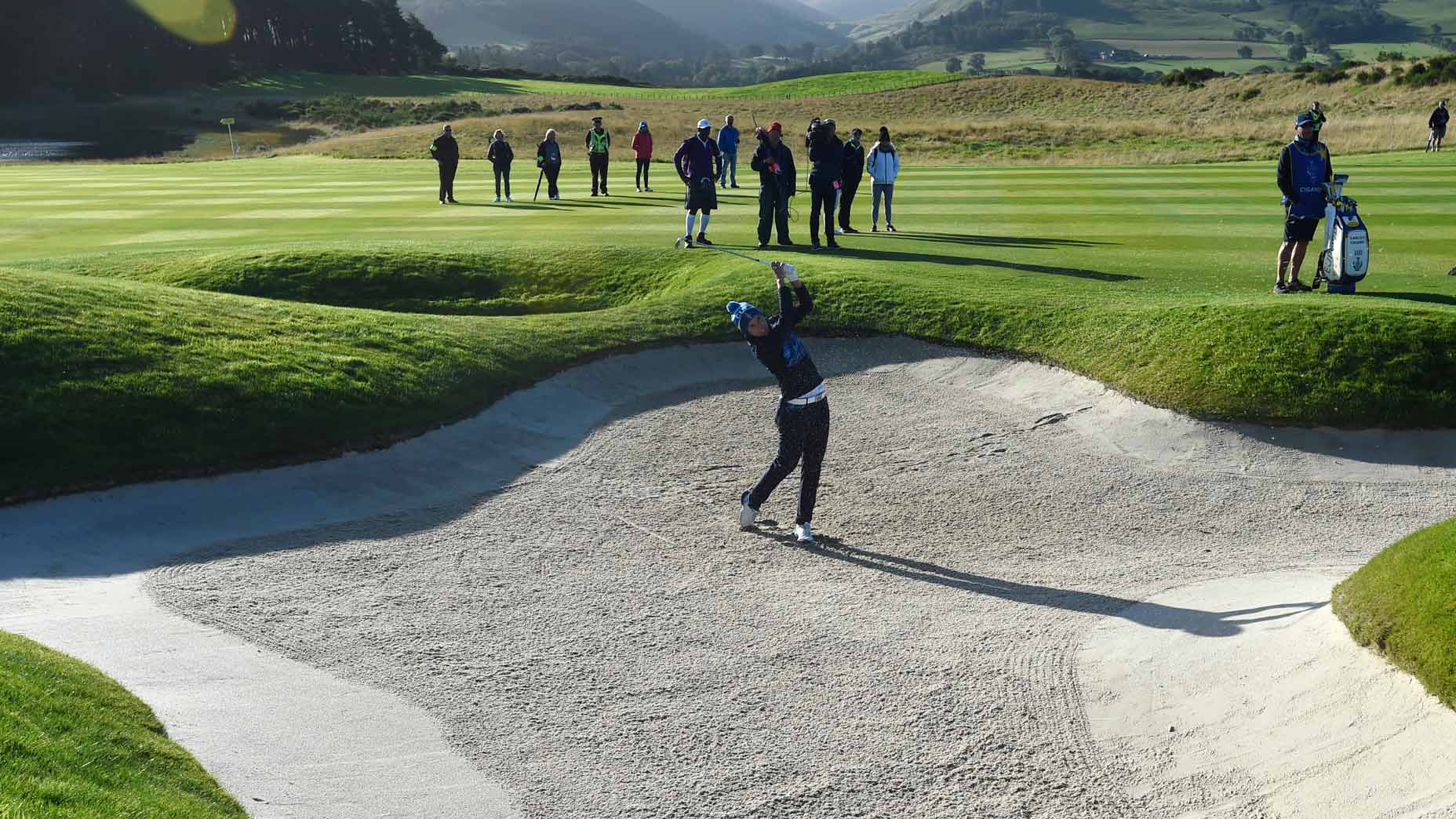 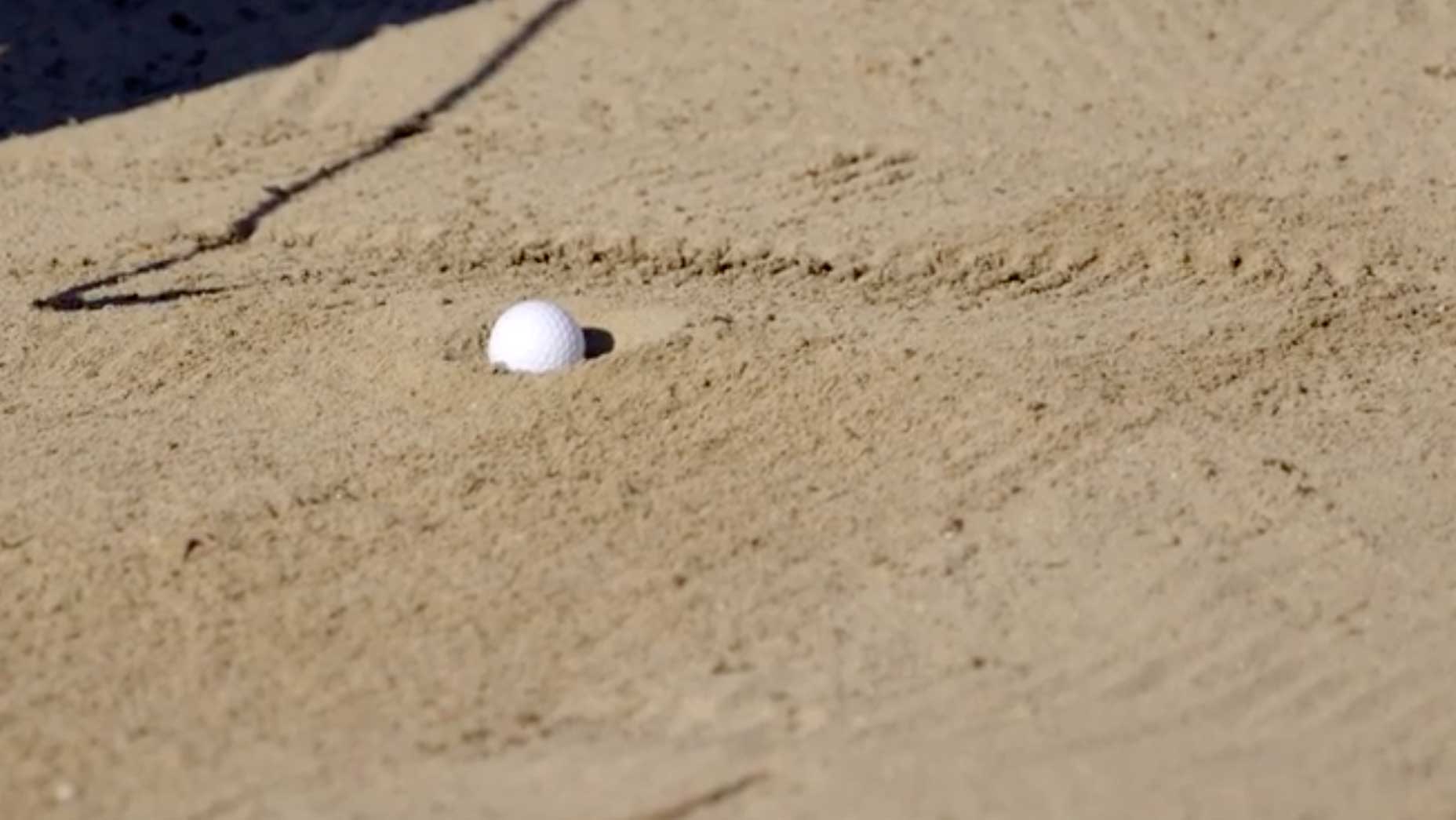 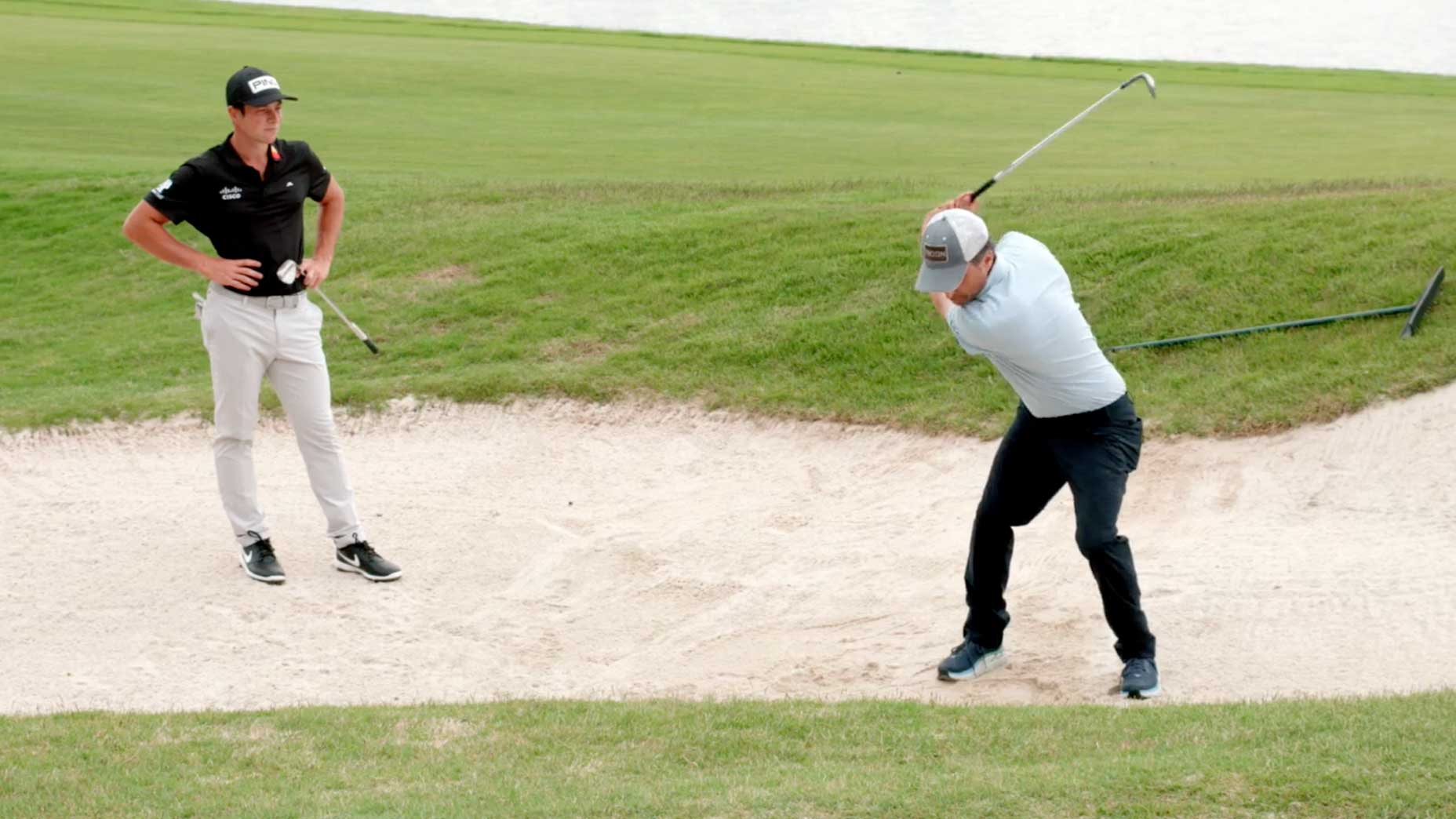 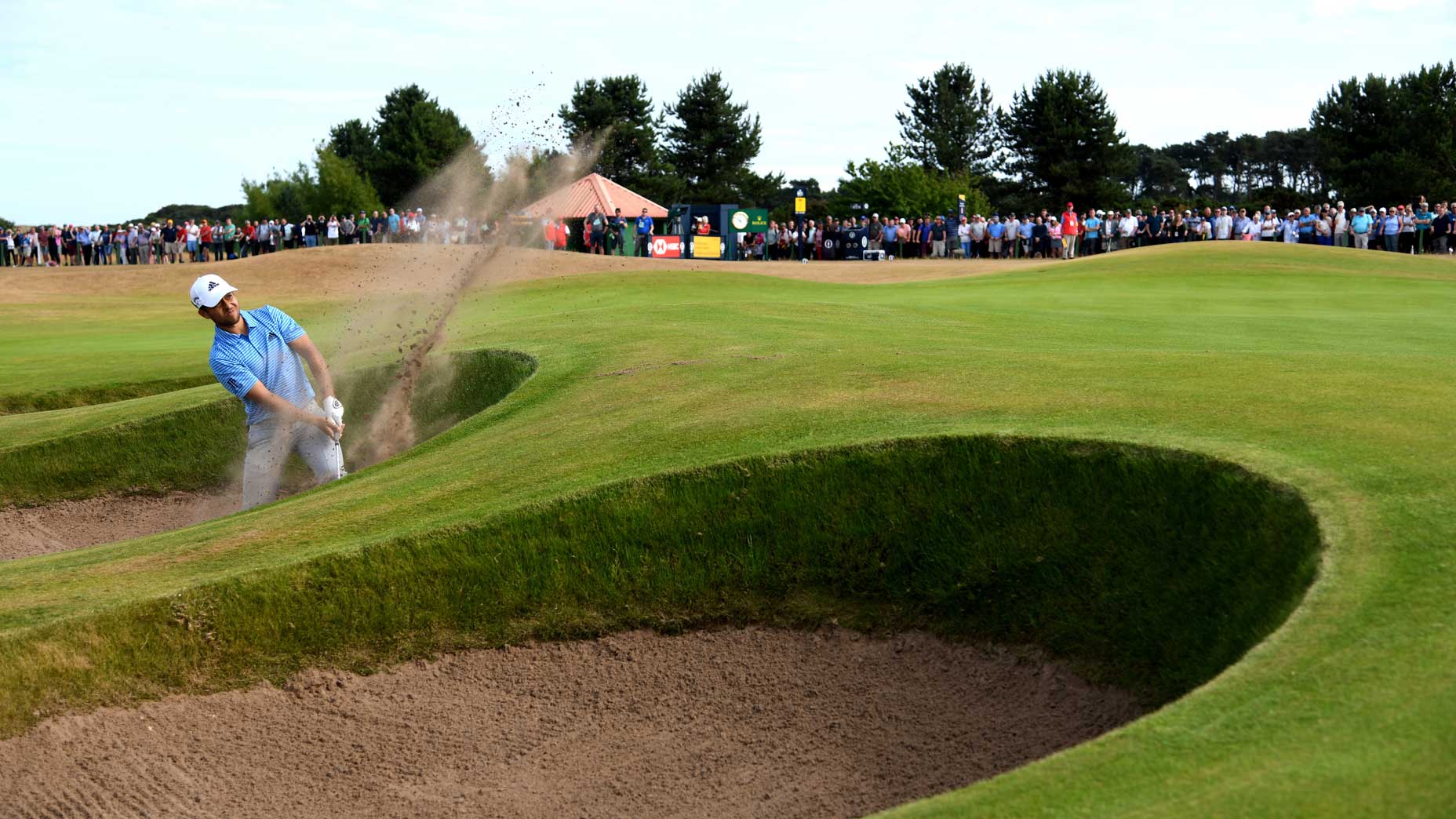