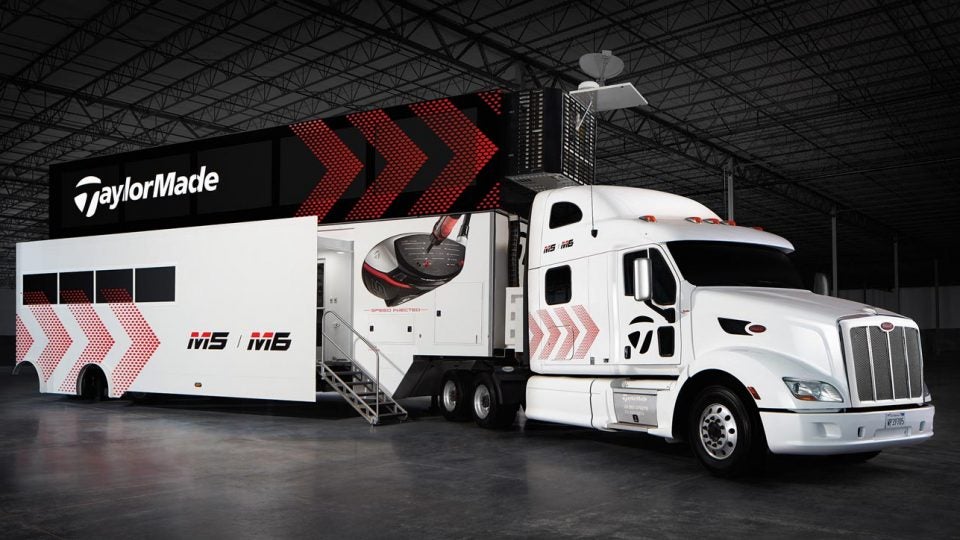 If you’ve ever been to a PGA Tour event early in the week you’ve no doubt seen the big group of semi trucks branded with major OEM logos, normally situated somewhere near the practice area.

These “Tour Vans” function as mobile workshops where the pros can have any and all work they need done on their sticks handled by experts who can tweak and adjust at a moments notice, making certain their man has the exact shaft, grip, loft, lie, or anything else they want exactly as they like it.

Today TaylorMade introduced the company’s new, re-designed Tour Truck, which is scheduled to go into rotation next month at Augusta. 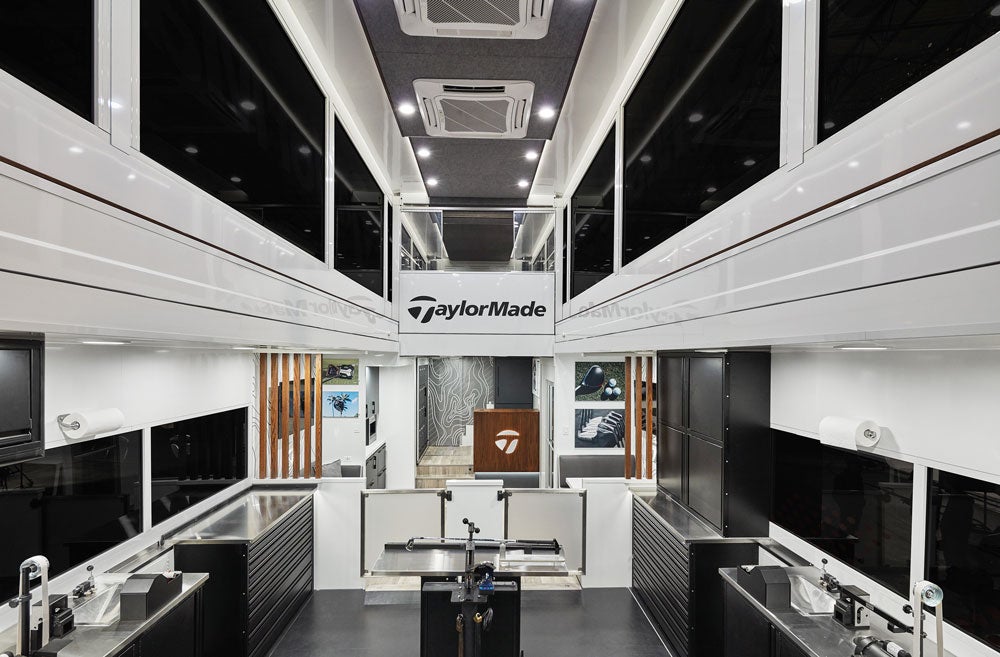 According to company reps, the design of the new truck was inspired by those found on the Formula 1 racing circuit and was built with help from Craftsmen Industries in St. Louis. Features of the new monster-sized vehicle include dual slide out pods for more meeting space, twelve player lockers, four 4K HDR TVs, a two-zone sound system, and a new workshop with multiple loft/lie machines, a dedicated gripping station, as well as a bunch of other tools needed to service some of the world’s very best players. 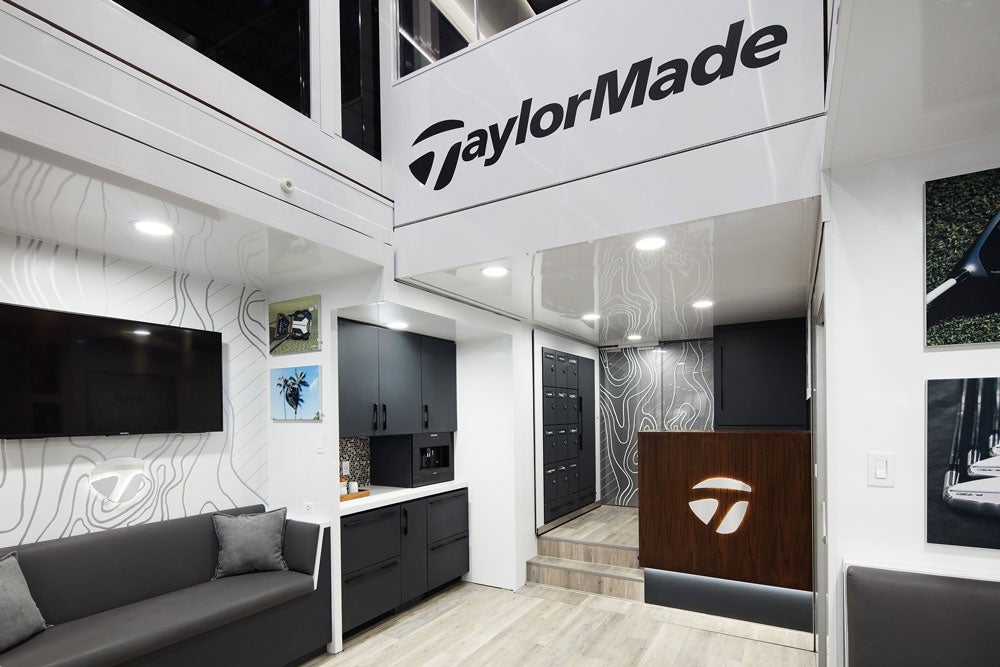 Another view inside the TaylorMade Tour Truck
Courtesy of TaylorMade

Oh yea, it’s also a double-decker, providing the vaulted ceiling you see in the photos. For the record the new TaylorMade Tour Truck will be the largest on Tour, weighing in at 22 tons and measuring 42 feet in length. 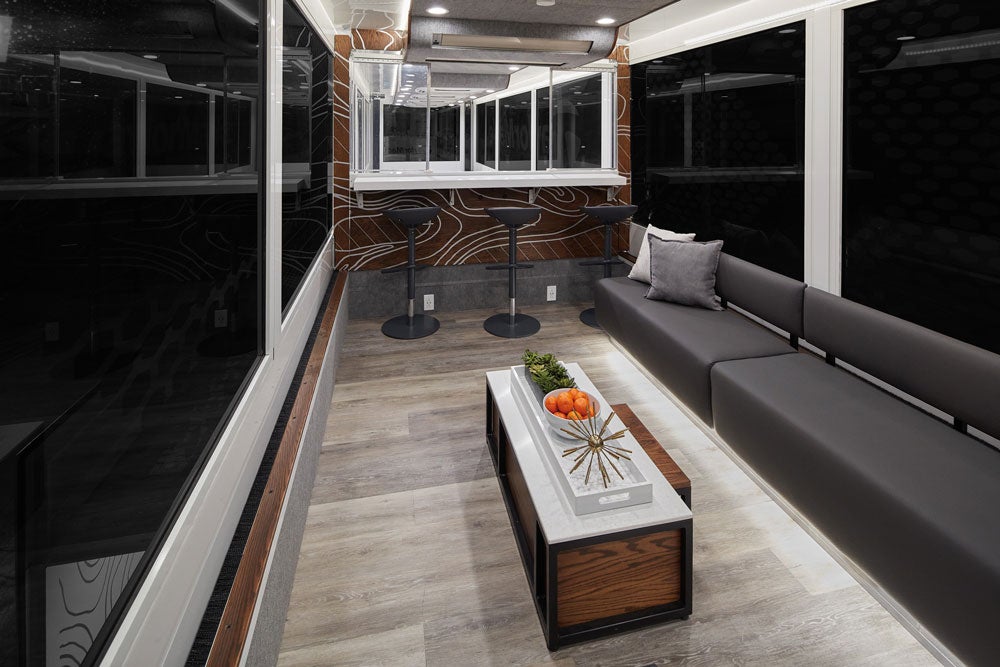 “With our new truck the company has made a definitive statement that serves as yet another example of our ongoing commitment and dedication to the best players in the world,” says Keith Sbarbaro, TaylorMade’s vice president of Tour Operations. “It’s a place they can not only come to have their equipment built, but a place they can come hang out and truly feel like part of the TaylorMade family.” 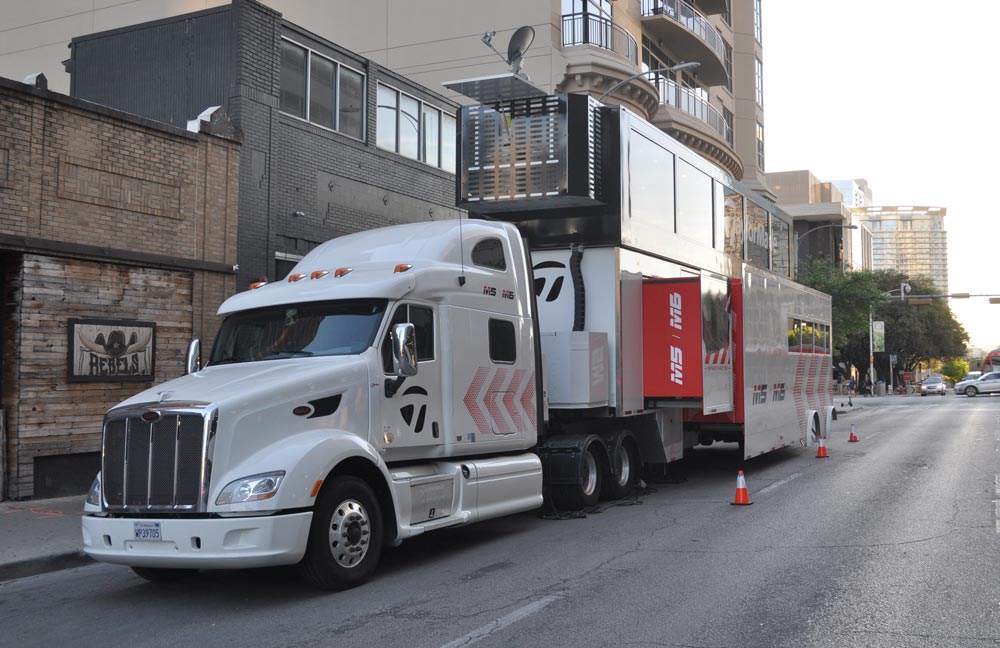 A view of the TaylorMade Tour Truck on Tuesday in Austin, Texas.
Jonathan Wall 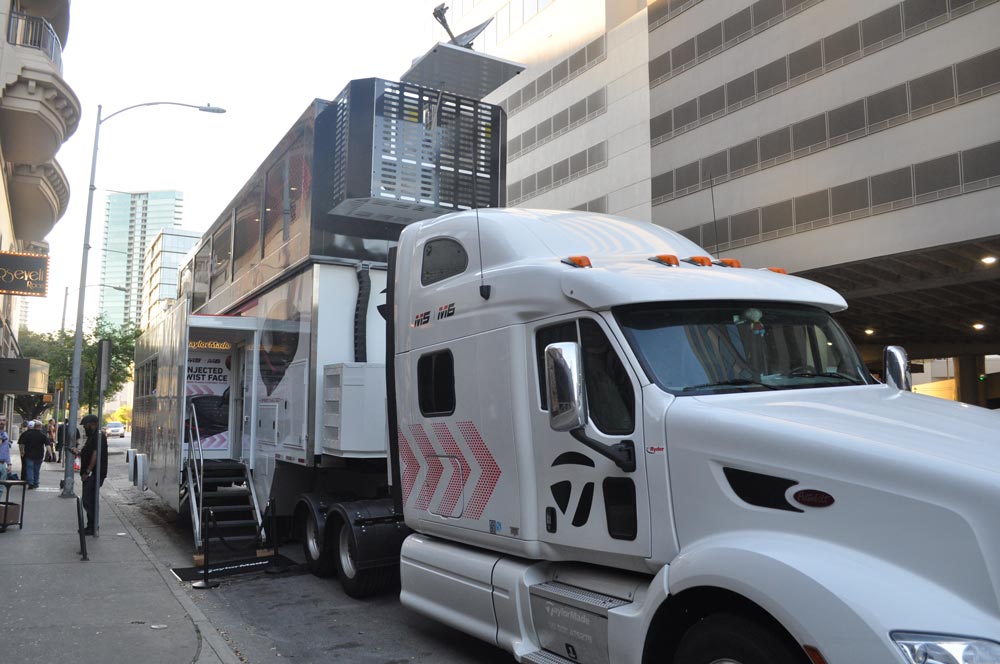 Another view of the brand-new Tour Truck on Tuesday.
Jonathan Wall

Some notable stats regarding the new mobile workshop and meeting room include: 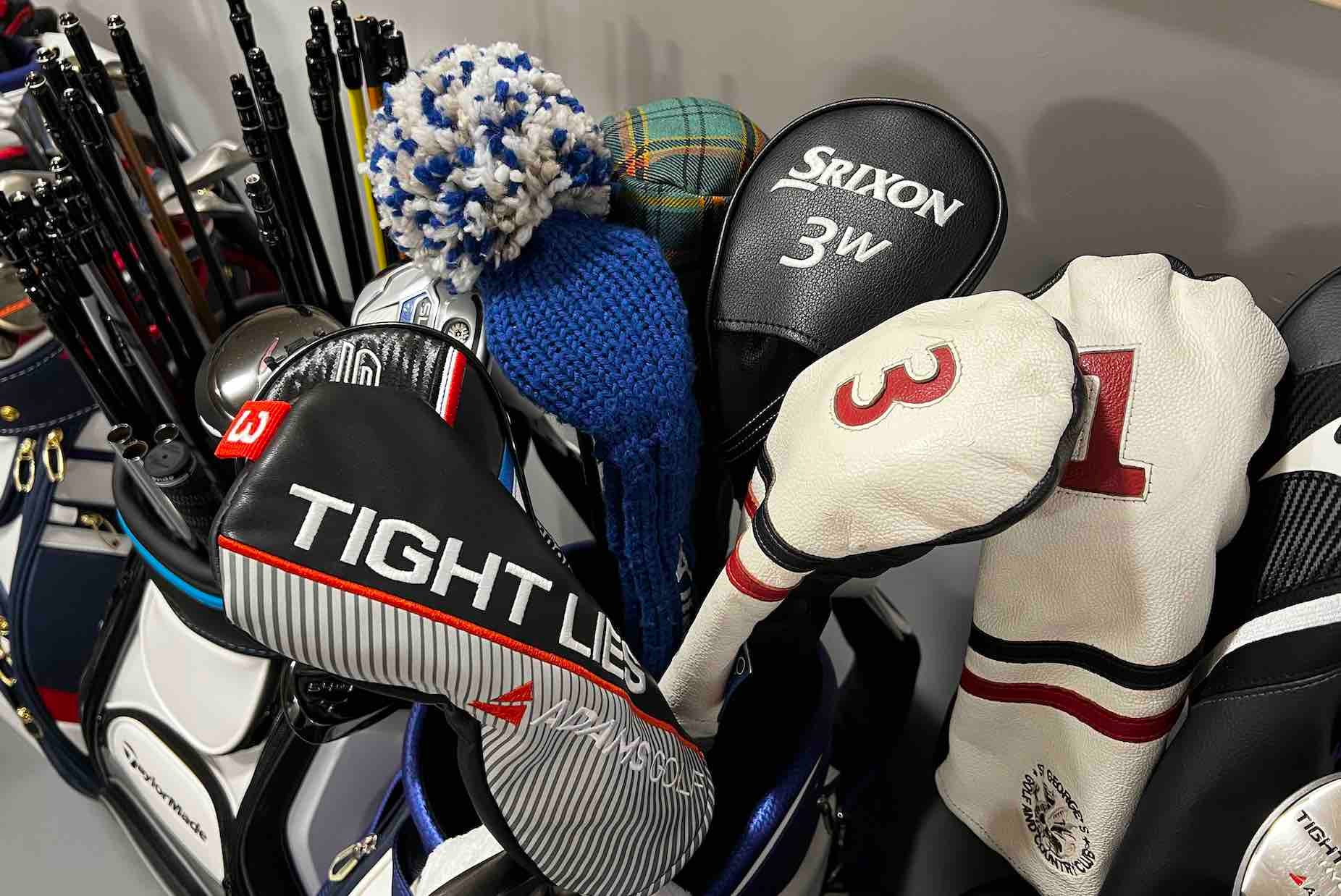 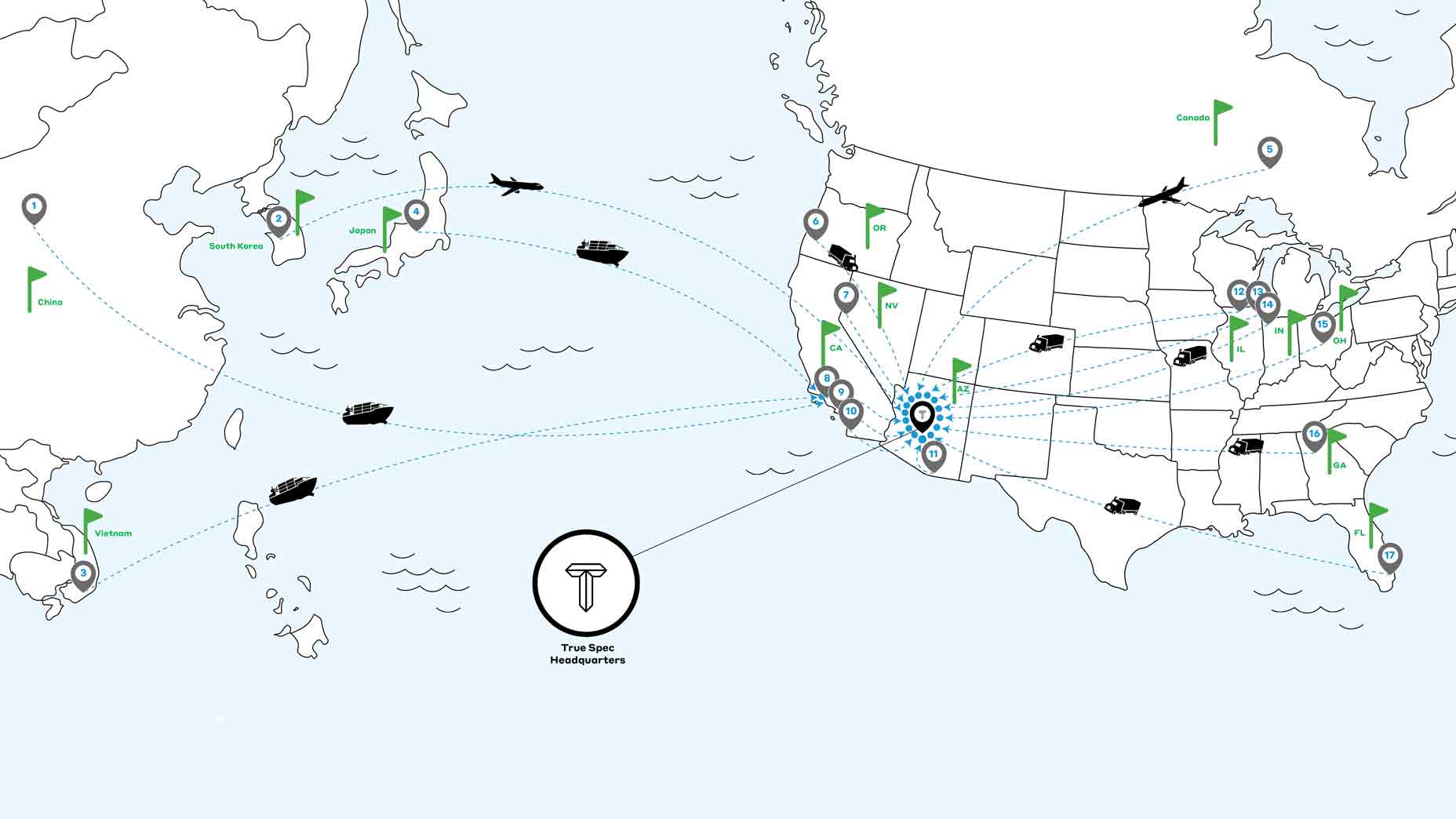 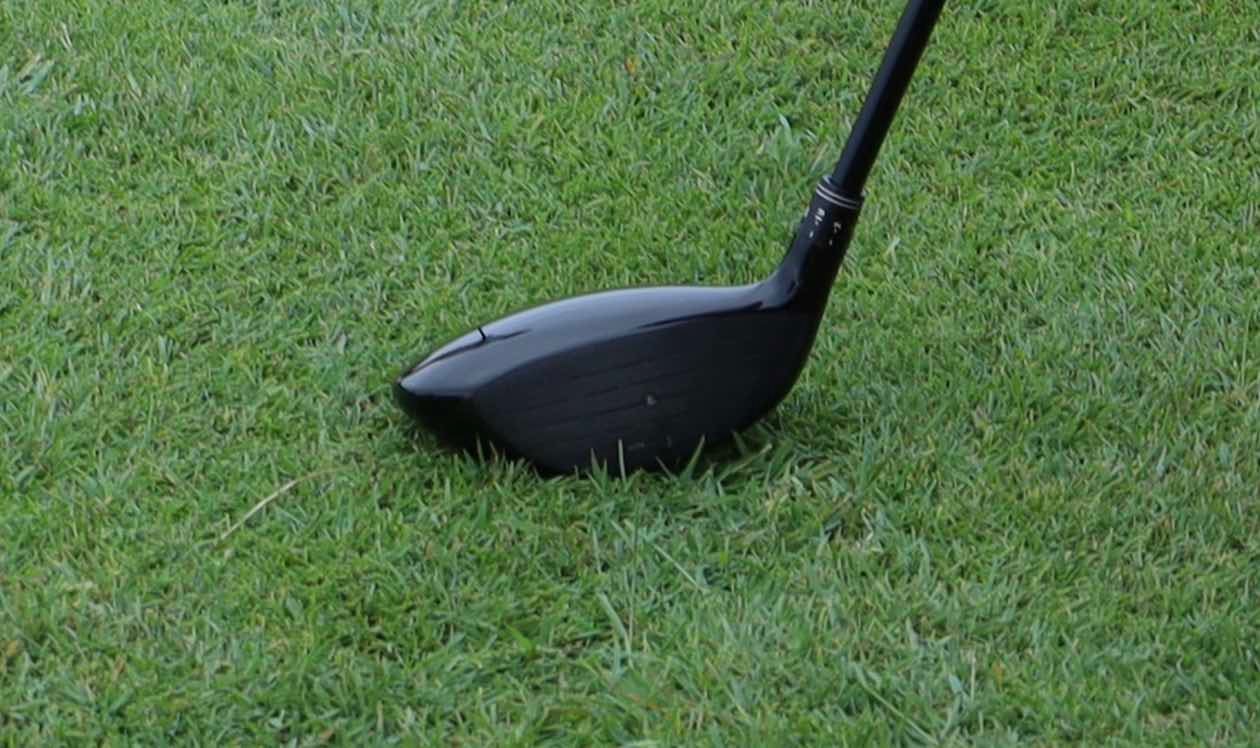 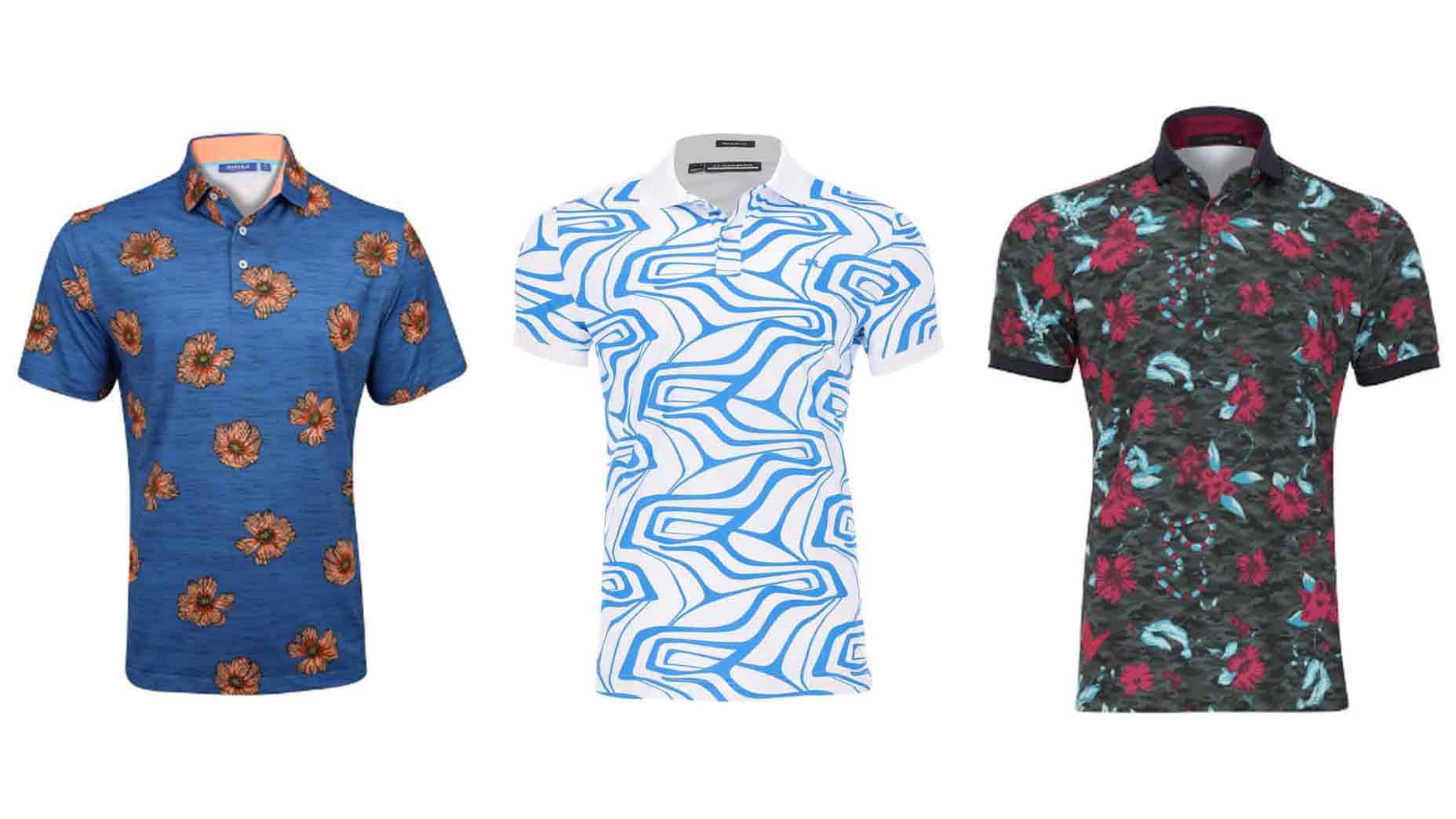