These awesome putter headcovers are modeled after your favorite sneakers 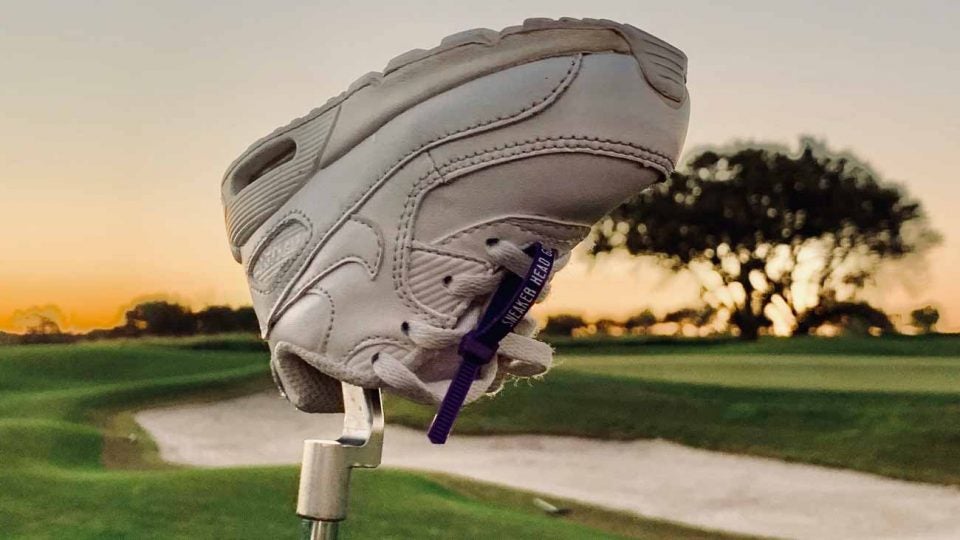 Conner James Conkel slid his blade putter into his cousin’s Nike Air Force 1 baby shoe a few months ago, and Conner the Sneaker Head and Conner the Golfer simultaneously whooped and golf-clapped at the result.

Conner is the dude who wears his freshest sneakers out on a Friday night. The dude who constantly refreshes the you-name-the-brand shoe homepage for the latest model. The dude’s a hardcore sneaker head.

Conner is the dude who can take a few years off from regular rounds of golf and still hold a single-digit handicap. The dude who’s traveled around the country to play and watch golf. The dude’s a golfer.

That baby-shoe-covers-blade-putter moment was his major victory, his epiphany. His money shoe could be on the money club.

And he could make serious money doing it. Under, yep, the Sneaker Head Golf Company. 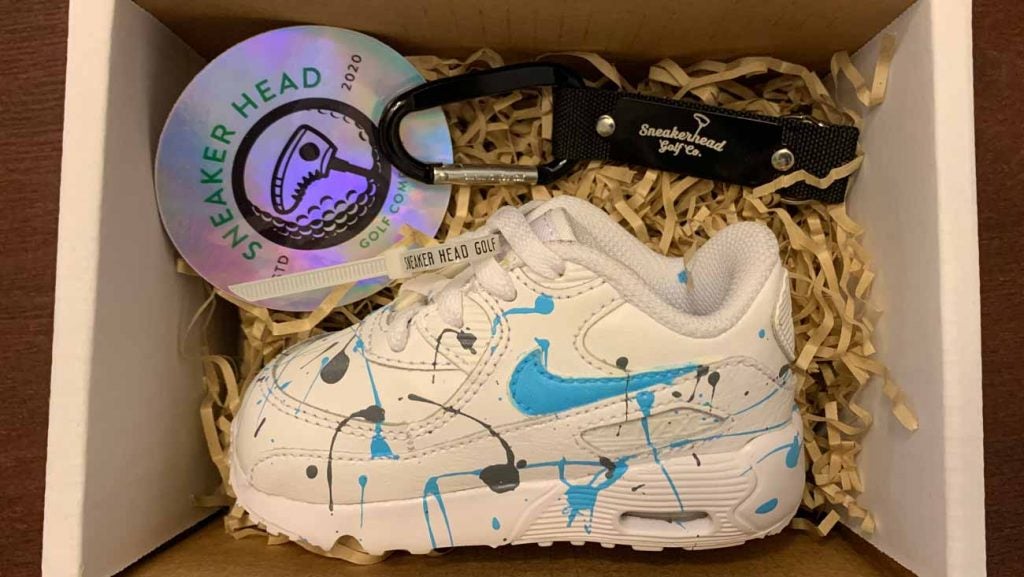 “I was pitching this idea to my father, and he said, ‘Are you serious? This isn’t going to go,’” said Conkel, a 21-year-old who lives in Nashville, Tenn. “Obviously, he’s the guy that wears the crocodile sport shoes. Obviously, most of my orders are from the ages of junior golf to college golf, with the occasional 40-year-old who likes Jordans, who likes basketball, who likes LeBron. That’s the new generation of golf.

“Golf is getting more relaxed, which makes it more welcoming for new golfers, but also maybe for the kid who plays basketball and maybe didn’t make his high school team and he’s looking for another sport. Aka, that was me.”

Conkel drove to the shoe store from his cousin’s house. He bought 100 bucks or so worth of baby shoes — “I bet people are thinking, ‘Dang, what did you guys do?’” Conkel said of him and girlfriend Lexie Shaw, who has helped the business. He got to work.

A baby shoe provides the same protection as a standard putter headcover, with a few needing a little work or just a simple tightening of the laces. (Most mallets do not fit, Conkel said.) Conkel finds styles in stores and online and can customize them to a customer’s likes, with the help of friend Caleb Cockrell.

Conkel developed about 25 models at first, priced them between $45-$75 and launched his site and Instagram page where the putter head covers can be purchased.

If customers are quick enough, apparently.

“It’s blown up — we can’t keep them stocked,” Conkel said. “Everyone’s asking, ‘Hey, do you have that red Air Force 1.’ ‘Sorry, we’re sold out.’ We’re trying to get more inventory to accommodate people’s wants.”

Younger golfers have helped, he says. Younger professionals, too, such as Keegan Bradley, who wears the Jordan Brand and was one of Conkel’s inspirations. And there’s the player who just really likes golf and really likes a shoe.

“Someone who I think is 30 now, they had a Space Jam Jordan 11. He was like, ‘Hey, I grew up with these shoes, they’re all worn down, they’re still my favorite. He sent us a picture of them, and we said, ‘Awesome, we’ll make this work.” Conkel said. “He had an awesome story. We went online, tried to find them, found a pair of black Jordans that were close. We had our customizer add some blue flair to it. It wasn’t the exact shoe he wanted, but it was more just for him personally, just the memory of it. ‘These are close to the shoes I have.’

“For most people, this is more of a conversation piece, too. They want it on their bag, hoping people notice.” 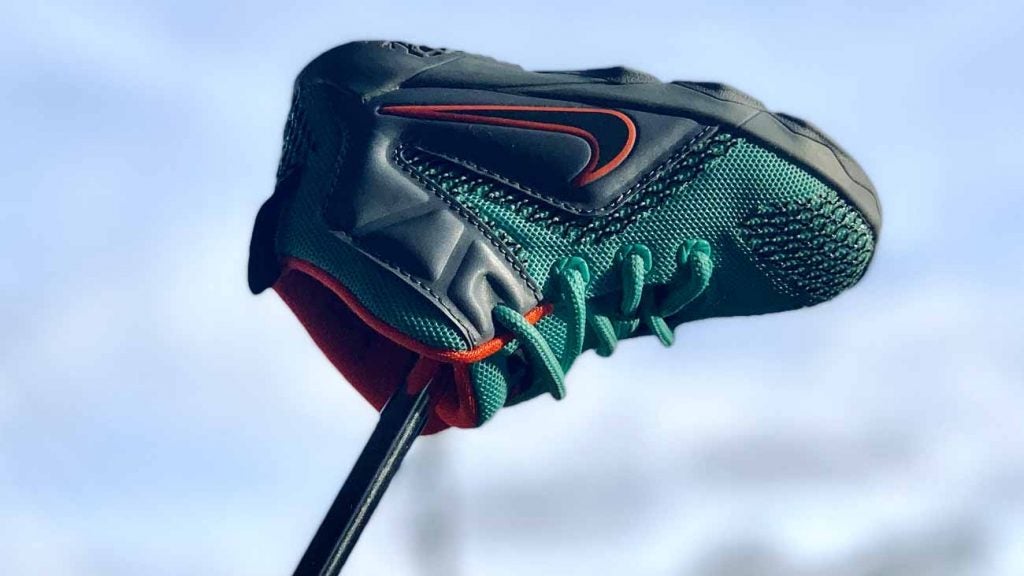 Which Conkel himself purposefully set up a few weeks ago.

Another reason for his head cover’s popularity is “golf is getting more relaxed,” he says. Golf courses allow shorts. You don’t have to tuck in your shirt. You see a few T-shirts out there.

And Conkel saw a couple of those dudes.

“It was in Nashville, and there were these two burly looking guys. They didn’t look like golfers, but I noticed they had basketball shoes on. They weren’t golf shoes, they were basketball shoes,” Conkel said. “So obviously I thought they might say something, but I intentionally put my bag down next to them and I hit two golf balls and they go, ‘Dude, where did you get that?’ …

“I was like, ‘Dang, people want these.’ Let’s give the people what they want, right?” 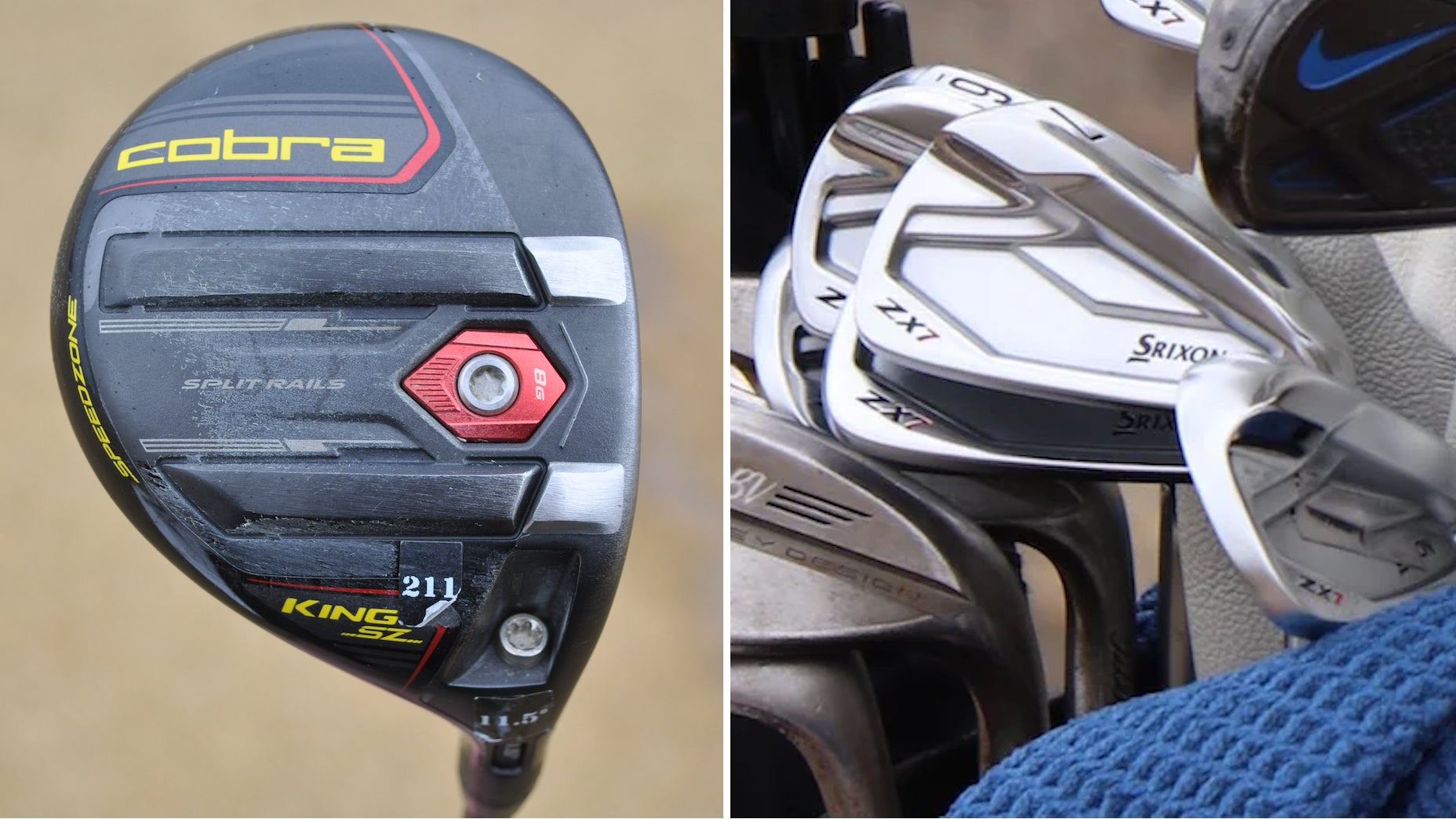 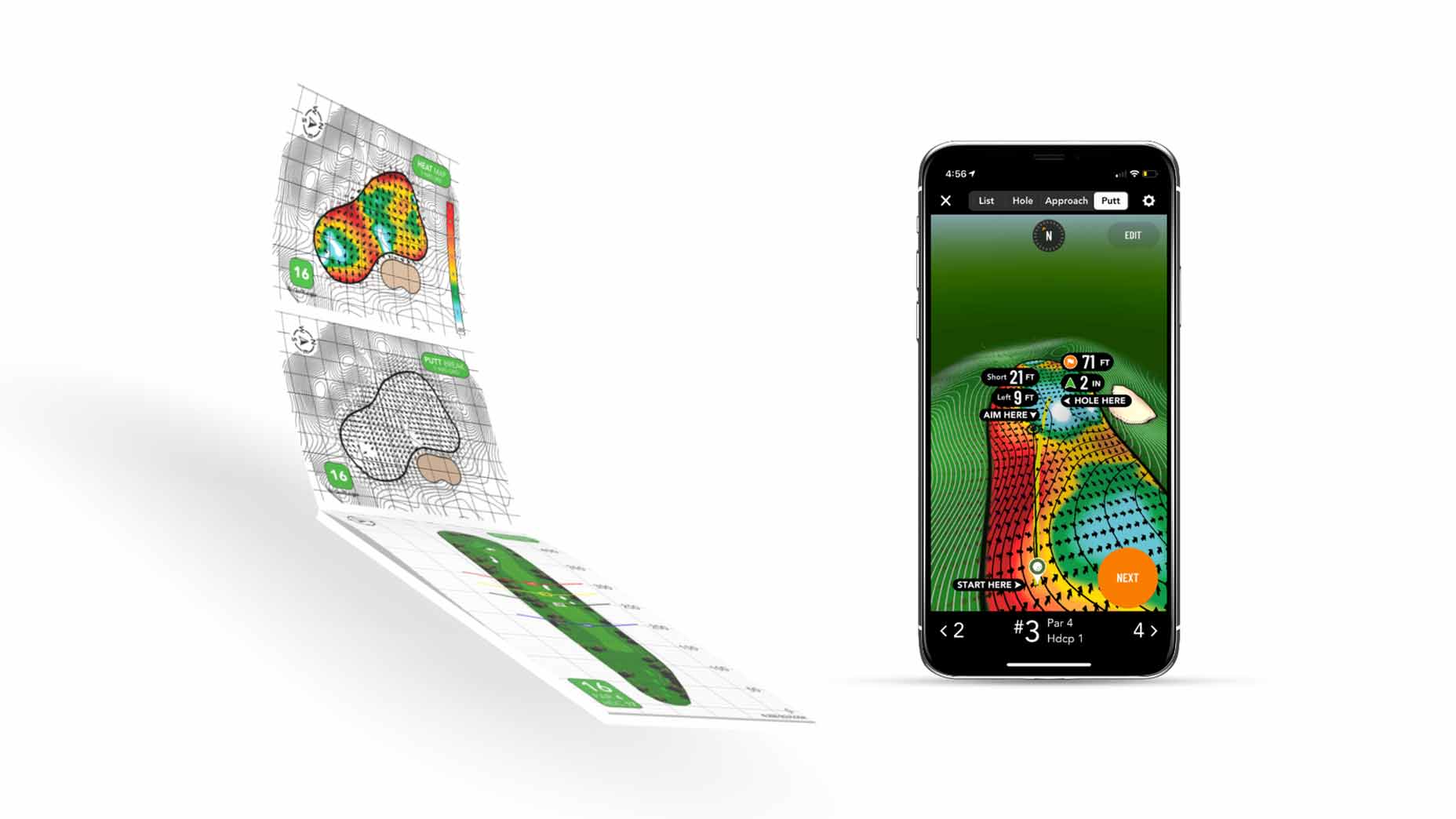 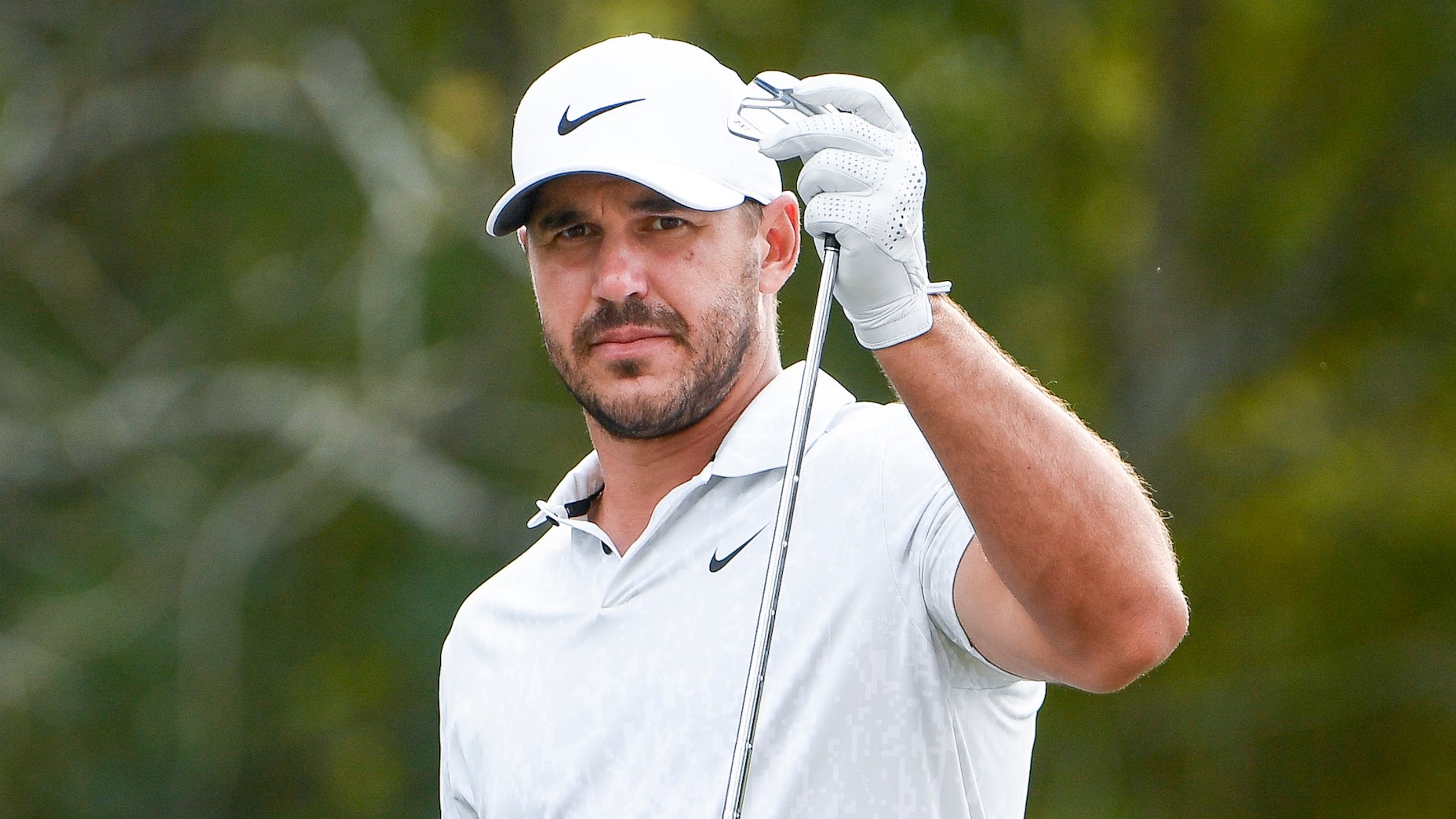 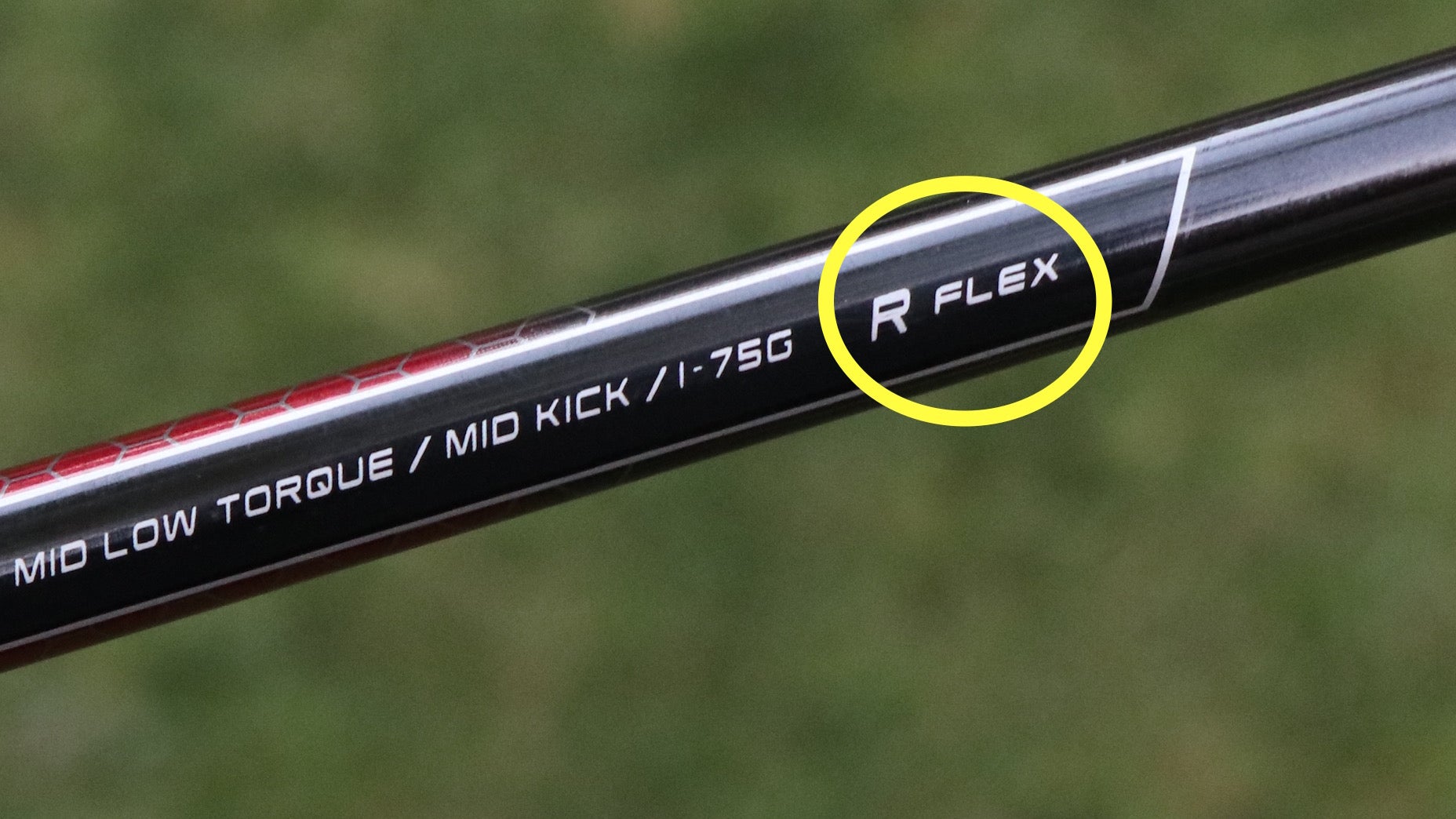 Shaft flex letters are ‘essentially irrelevant,’ according to an expert club fitter 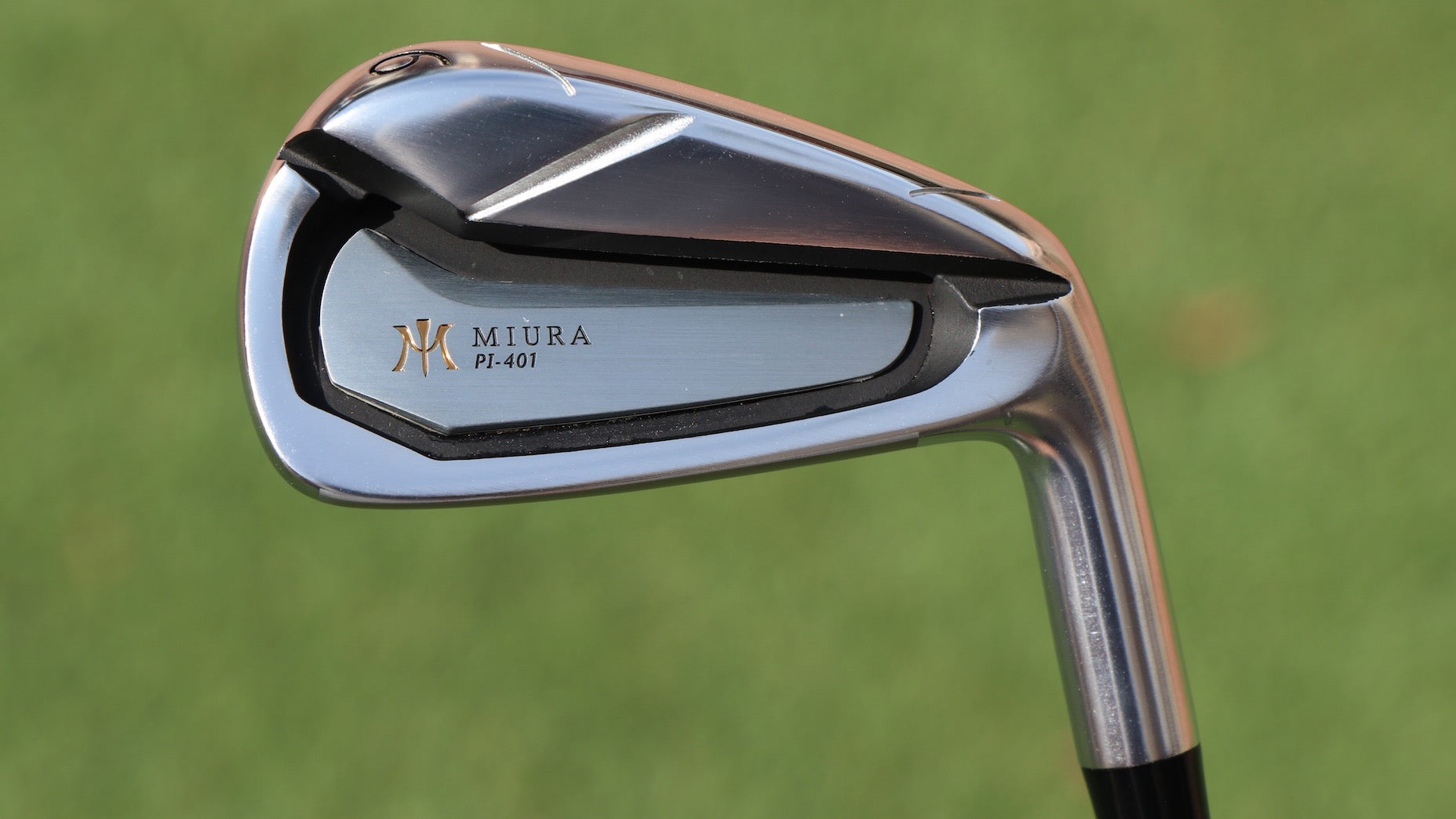 Miura Golf’s Black Friday deals: What’s on sale — and how to save
Go to mobile version