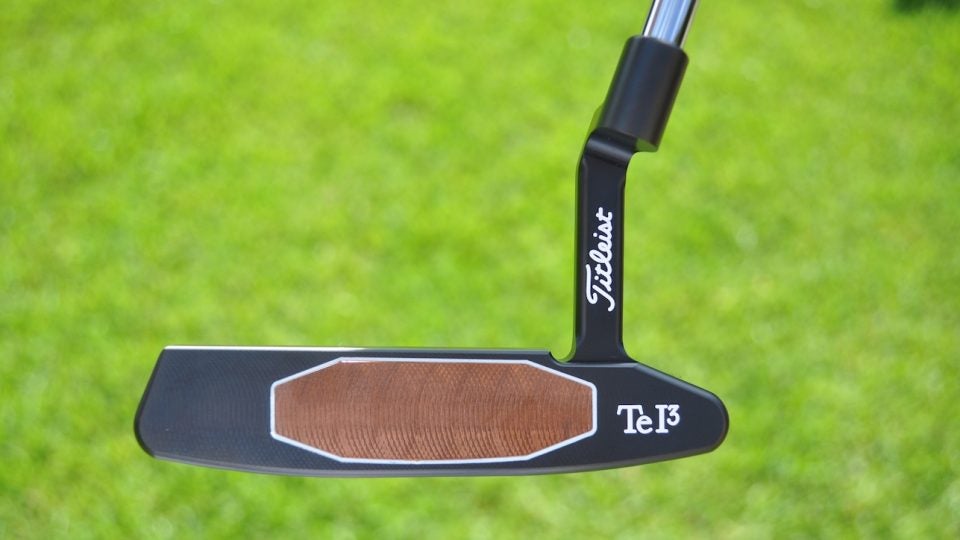 There’s an iconic photo from Tiger Woods’ 1997 Masters victory that almost every golf-mad fan has seen before. It’s the shot of Woods, clad in Sunday red, punching the sky after putting the finishing touches on one of the most impactful major championship romps in the history of the sport.

Woods put Cameron’s TeI3 on the map, even though he only used the putter to win the first of his 15 major championships. (The other 14 were won with a Newport 2 GSS model. 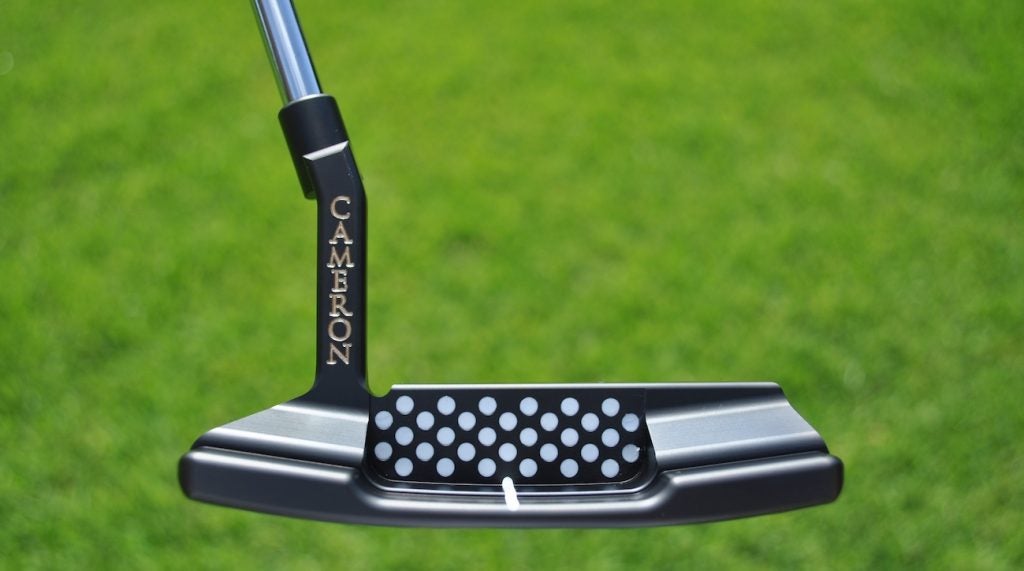 Cameron added 32 silicone dots to the cavity of each putter.
Jonathan Wall

Over the years, Cameron has seen the putter move in and out of the spotlight. But when Brooks Koepka used a 10th anniversary T10 Newport 2 Teryllium to win the 2017 U.S. Open, interest started to once again build. It has only gotten louder with each Koepka victory.

“No doubt Brooks’ success helped,” Cameron told GOLF.com. “For about the last 10 years, our marketing department, sales department, has said the number one requested putter to bring back would be the Teryllium, by far. That gave me the reason to dig in, and find out.”

Building on Koepka’s success, coupled with the return of Tiger-mania, Cameron went back to the drawing board to come up with a modernized version of Teryllium to satisfy the masses. The end result is the new T22 (22nd anniversary) Newport, Newport 2 and Fastback 1.5. 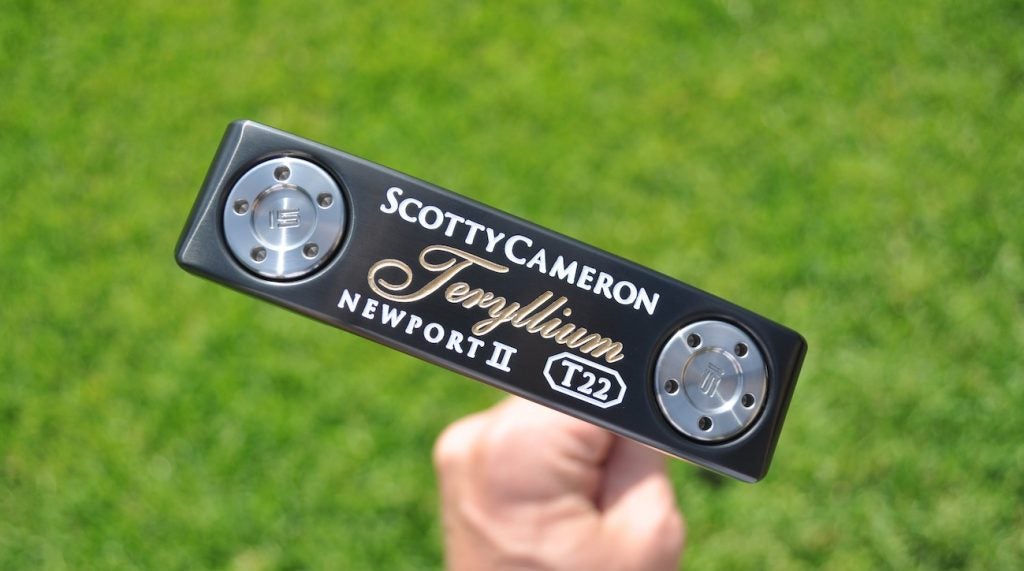 Each head is precision milled in the United States from 303 stainless steel and given a tactical matte black finish that reduces glare and allows the “domino pattern” in the cavity to pop. The finish also serves a far more important purpose for those who choose to use the putter on a regular basis.

“The old [TeI3] 22 years ago, there were some things that I thought we could do better,” Cameron said. “For example, we used carbon steel and a black oxide shiny finish. It would rust and it was also shiny also. It looked pretty, but a little shiny were some of the negatives. Now with the new and improved, we use a 303 stainless steel, and we do a black mist over the top of that. One, to knock down the glare, and two, to give the color of the original black one 22 years ago. It’s very durable and won’t rust.”

The Teryllium inlay is a made from a copper alloy that gives it an incredibly soft feel at impact that Woods preferred at one point in his career before moving to a solid construction head. According to Cameron, the Teryllim compound is made from the same compound and shape as the original insert, all the way down to the white frame surrounding it. 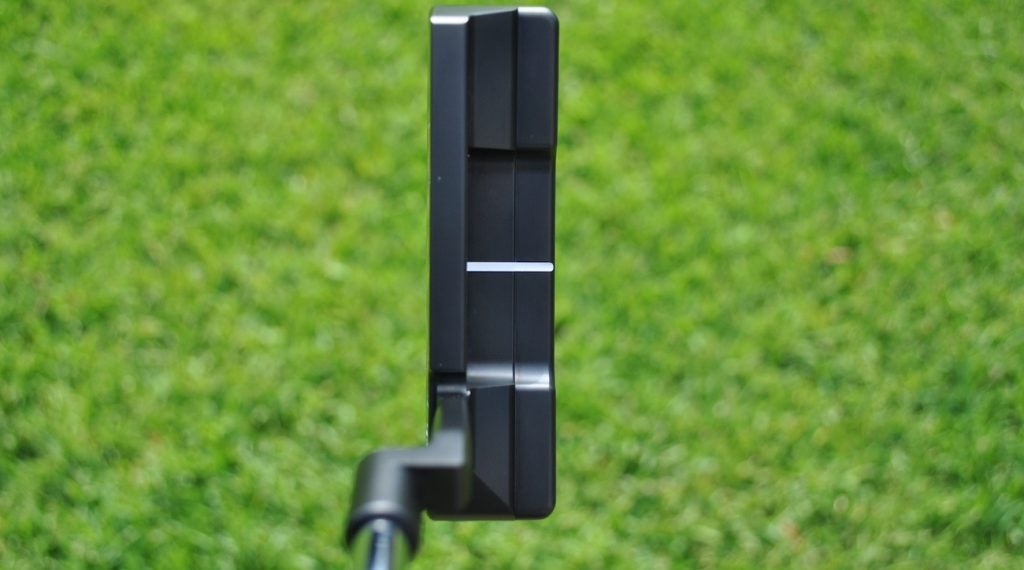 A view of the putter from the address position.
Jonathan Wall

The one difference between the original inlay and updated version is the presence of milling marks. While some might long for the original smooth insert, Cameron found it much easier to produce the putter once they figured out how to mill it during the production process without altering performance.

“Copper is so soft that it would tear the copper and shove it into the trench of the steel,” he said. “We were trying to mill both at the same time. Now with many years later, we’ve learned we can mill the insert offline. We can mill the face without the insert, then get the depth exact every time so we can lay the insert in after it’s been milled. Because it’s a milled product, I want it to look milled. Before we would have to actually buff the face smooth, because we would have to tear and clean up the insert.”

Unlike Koepka’s T10, which features three screws in the back cavity securing the insert, Cameron chose to return the T22 to its roots with the silicone dots that were part of Woods’ ’97 original to soften feel. With the updated version, the dots are more of an insurance policy thanks to a vibration dampening adhesive that bonds the inlay to the head. From there, Cameron uses four screws and the white silicone — to conceal the screws — to ensure nothing comes loose. 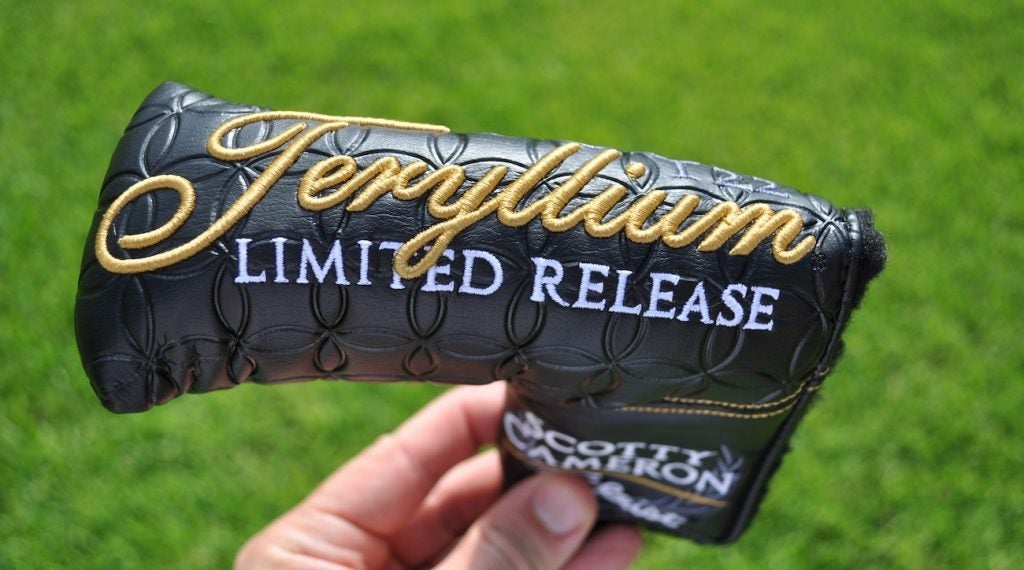 All three heads feature adjustable stainless steel heel-toe sole weights that allow the weight to be dialed in. The original Newport and Newport 2 profile is more in line with the updated versions and includes a thicker, flatter topline preferred by many of today’s tour players.

The Fastback 1.5 mallet is the first Fastback to undergo the Teryllium treatment and comes with a thinner topline, mini-slant neck and four-way sole balancing.

The putter is outfitted in a black, white and gold color scheme, reminiscent of the original version, with a stepless shaf, black Pistolini Plus grip (thicker, less tapered low hand) and custom limited release Teryllium headcover and shaft band.