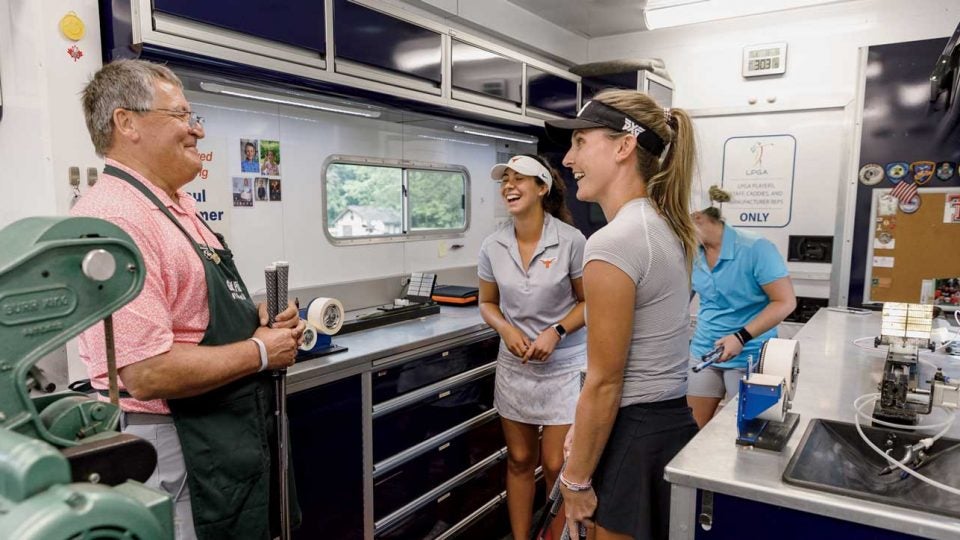 You’d suspect that players on the LPGA Tour have an army of OEM reps and fitters at their disposal to make game-critical gear adjustments. They don’t. They have Paul Boehmer. And some players wouldn’t have it any other way.

Clustered together on a stark white wall inside Paul Boehmer’s equipment truck—a 30-foot-long trailer hitched to a Ford Super Duty he drives to as many LPGA Tour events as he can muster—hang three laminated signs. They are the first things to grab your attention.

“Your lack of planning does not create emergencies in this shop,” one of them reads. For a brief minute, you try to peg the head coaching legend or sagacious historical figure who uttered this pearl of wisdom—except it doesn’t belong to either of the above.

This is what’s referred to as a “Paul-ism,” and it belongs to Boehmer, better known as the LPGA’s Swiss Army knife.

“Those are the [sayings] I can actually put up,” Boehmer says before letting out one of his booming laughs. “I have a ton of others. They change depending on the mood.” 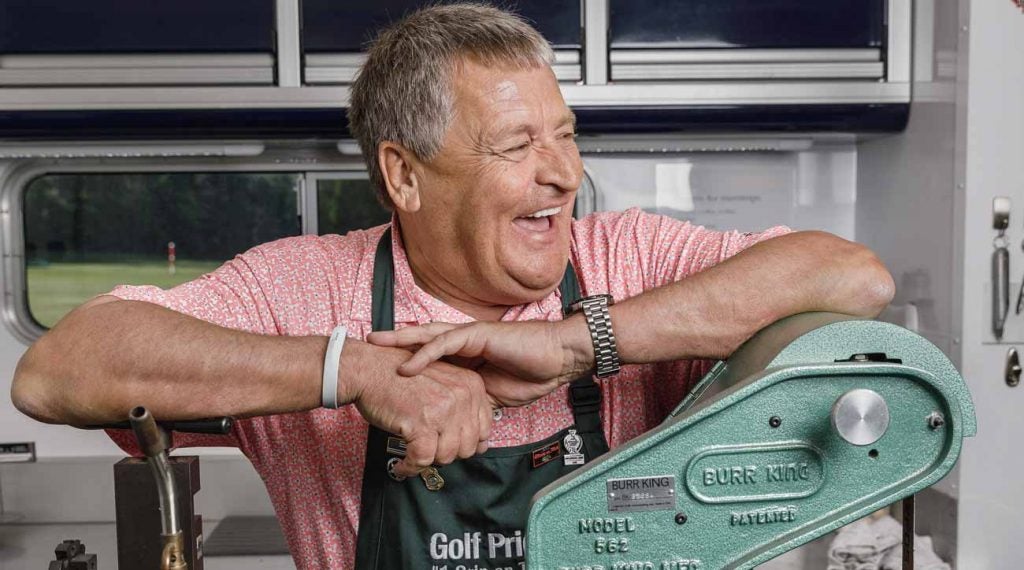 The man and his machines.
Sara Stathas

Laughter and sarcasm are plentiful in Boehmer’s truck. He needs both — along with multiple pots of coffee—to power through 12-plus-hour days that get cracking just before 6 a.m.

As the LPGA’s lone club repair tech, Boehmer is entrusted with building, adjusting and working through every conceivable club conundrum. Unlike the PGA Tour, where manufacturer reps and Peterbilt-sized equipment trailers are plentiful, the LPGA Tour — the highest level in women’s golf — is a gear near-wasteland. Only Callaway, Ping and PXG employ full-time reps; Titleist has a rep who handles ball, shoe and apparel requests. But that’s it.

Due to the lack of an equipment presence on tour, the LPGA saw a need to bring out its own truck in the late 1990s and hire a club tech. The truck is sponsored by a number of manufacturers, but Boehmer is the man who makes things run on a weekly basis. 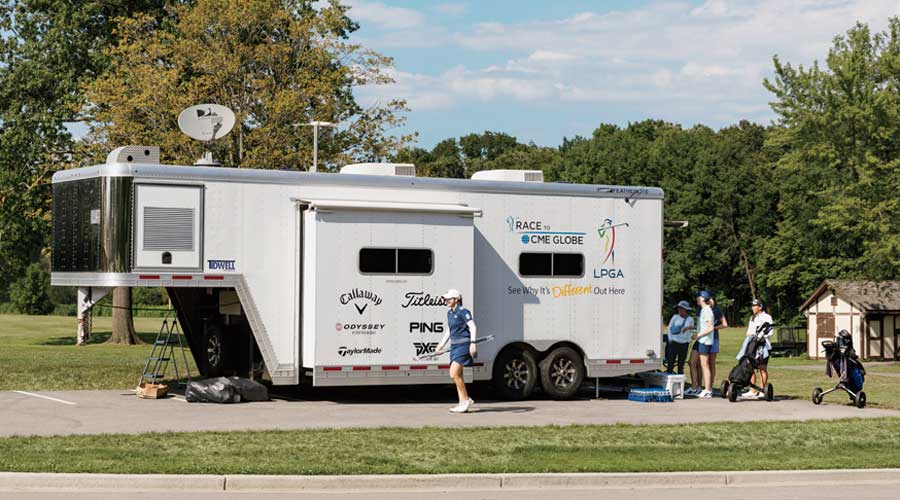 On any given day, Boehmer might see six or seven different club brands come through his truck, some with different “standard” specs. He relies on an Excel spreadsheet, housed on an iPad, that lists specs for every possible club model to keep things straight when performing loft and lie checks to building new sets.

“You kind of have to be a little crazy to do this job,” Boehmer says. “I’ve found it’s pretty easy if you just put things back where you found them. I don’t really believe in emergencies. I think that’s from spending too many years in the oil fields.”

Boehmer has to be a little crazy to maintain quite possibly the most chaotic schedule in pro golf. Acting as a one-man band, the 63-year-old is tasked with transporting his horse and buggy from one event to the next, handling setup and takedown, along with any and all club requests thrown his way. He also moonlights as a sports psychologist on occasion when players start to overthink their equipment.

“Sometimes all they need is someone to talk them off the ledge,” he says.

“I still remember one week showing up at a Symetra Tour event and I had about 40 bags waiting for me by the truck. I literally spent 12 hours straight at the grip station that first day. Those weeks can sometimes be a blur.”

Yet even with the breakneck pace he’s maintained for the last 20 years, he can count the number of missed events on one hand. Three of them came during the 2012 season when Boehmer underwent triple bypass surgery. On-site at the U.S. Women’s Open, he awoke early one morning with what he figured was neck pain from a poor pillow. Five weeks later, Boehmer finally went to a doctor only to learn he’d suffered a heart attack.

“I don’t die easily. I think that’s what scares people,” he laughs. 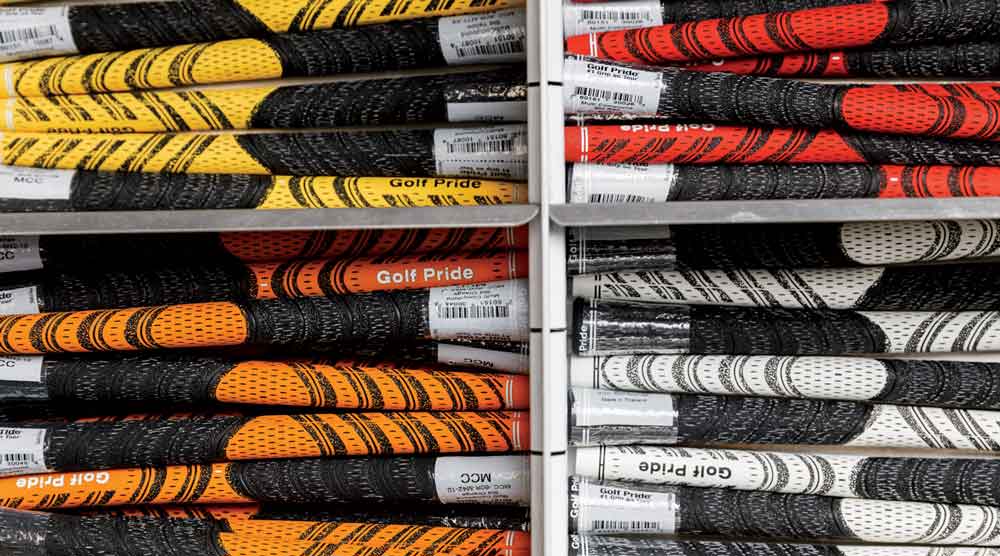 Boehmer, who currently resides in Dallas, didn’t grow up dreaming of being a club tech. He didn’t pick up a club until the age of 27 and only did so to help close sales deals during an 18-year run in the oil and gas industry. When computers started to encroach on his turf in the late ’80s, he left the oil fields for a second career. With an interest in golf, Boehmer figured he’d work as a course marshal to be around the game until a friend pointed him in the direction of a golf shop.

“I went to the shop and they only had one job left: assistant manager,” he said. “They asked me if I’d done club repair before. I told them I built clubs all the time, except I’d never even regripped a club in my life. They asked me if I spoke Spanish. I said, ‘Yeah, I’m fluent.’ But I couldn’t even speak a lick. So they hired me.”

Six months after he talked his way into a job in 1990, Boehmer could speak Spanish well enough to sell a set of clubs. And with Ralph Maltby’s “Golf Club Design, Fitting, Alteration and Repair” acting as his bible, he started building and repairing clubs.

Over the next decade, Boehmer would become part-owner of San Antonio-based Golf Solutions, the first indoor computerized fitting center in Texas. Work was going smoothly until a bookkeeping issue made it untenable for Boehmer and his partner to continue on together.

In 1999, he walked away from Golf Solutions, destination unknown. One hour after his departure from the company, he received a phone call from the LPGA. Their regular club tech had suffered an injury and they were looking for a two-week replacement. He’s been out on tour ever since.

Boehmer’s unique route to the LPGA fits perfectly with his quirky personality and unconventional building style. Having learned the craft mostly on the fly, it’s not uncommon for him to take chances.

“There’s stuff that I do that’s not really in the technical manual,” he admits. “I’ll go in-between flexes with shafts and stuff like that. I’ll tip it when you’re not supposed to tip it. It’s stuff I know will work.”

Boehmer’s outside-the-box thought process has endeared him to numerous players, including Dori Carter, who stopped by the truck during a recent LPGA event in Rogers, Ark., to have Boehmer perform a loft and lie check on her irons. Boehmer throws each club on a loft and lie machine and inspects the numbers closely before pausing on the 6-iron.

“Six-iron going left on you?” he asks.

Carter confirms it has been going “low and left,” which leads Boehmer to make a half-degree adjustment to the lie angle. “Shouldn’t do that anymore,” he says matter-of-factly.

Carter has been working with Boehmer for nine years and, even though she currently carries a mixture of Callaway and Titleist products, relies solely on him to service her equipment.

“He’s given me grip tutorials and made me smarter about my equipment,” she says. “I wouldn’t trust anyone else with my clubs.”

Boehmer relishes the opportunity to make the women who walk through his door each day smarter and more informed when it comes to their equipment. It’s one of the reasons he fought to get a TrackMan on the truck for players who don’t have access to one due to the $25,000-plus price tag.

“The game has gotten very technical,” he says. “That can be a good thing, because it can make you smarter when it comes to your equipment. It can open a dialogue that allows us to work together to figure things out if something is amiss with a certain club.”

Boehmer is in mid-thought discussing TrackMan when a player pops her head through the door. She’s driven 14 hours through the night to make it to Pinnacle CC for the Walmart NW Arkansas Championship only to find her car won’t start.

“Any chance you have a spare set of jumper cables?” she asks.

Within minutes, Boehmer quickly changes hats and goes from club tech to auto mechanic and walks out to retrieve his cables. When you’re owner and operator of “PaulMart,” you need to be ready for anything. 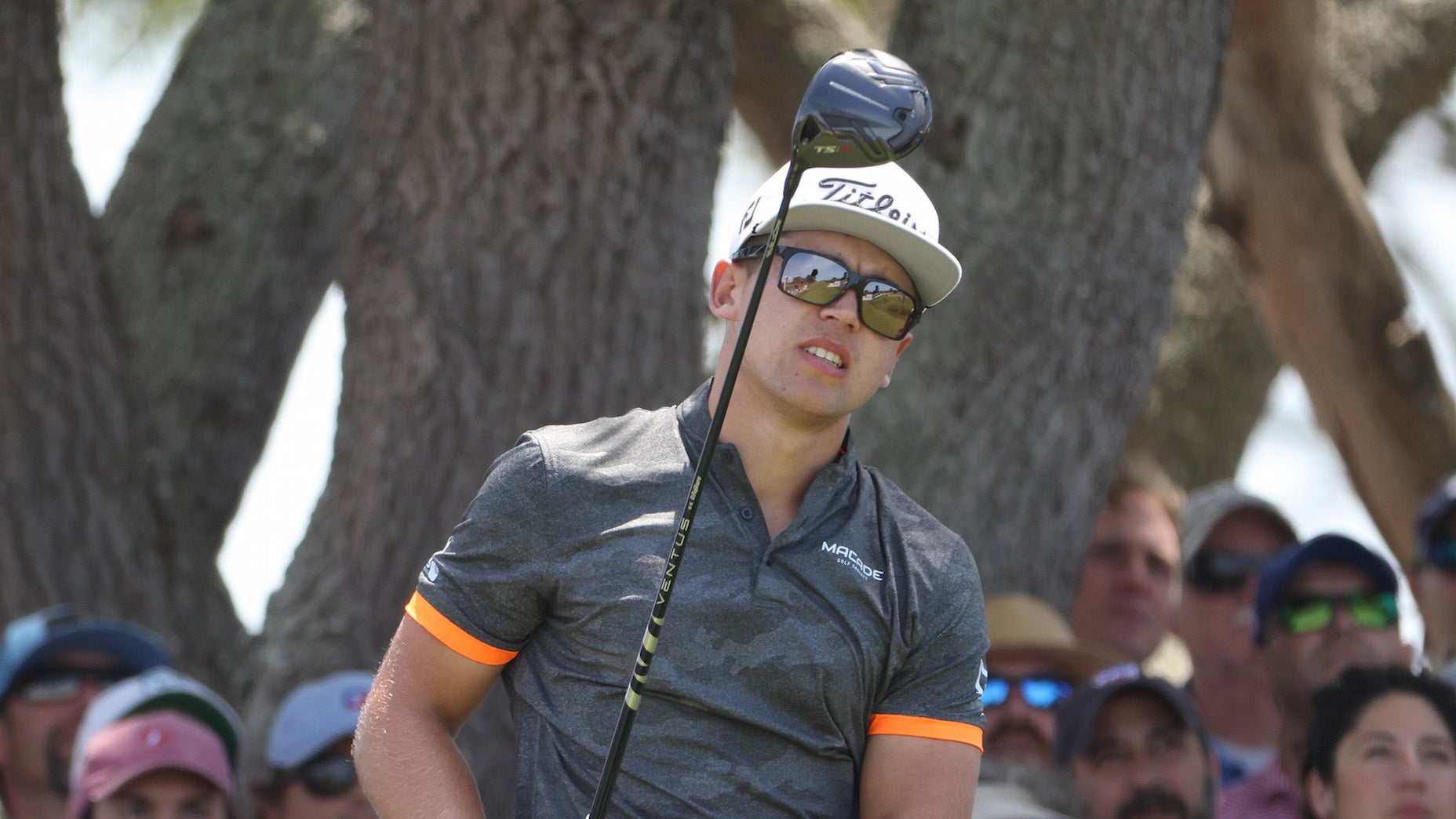 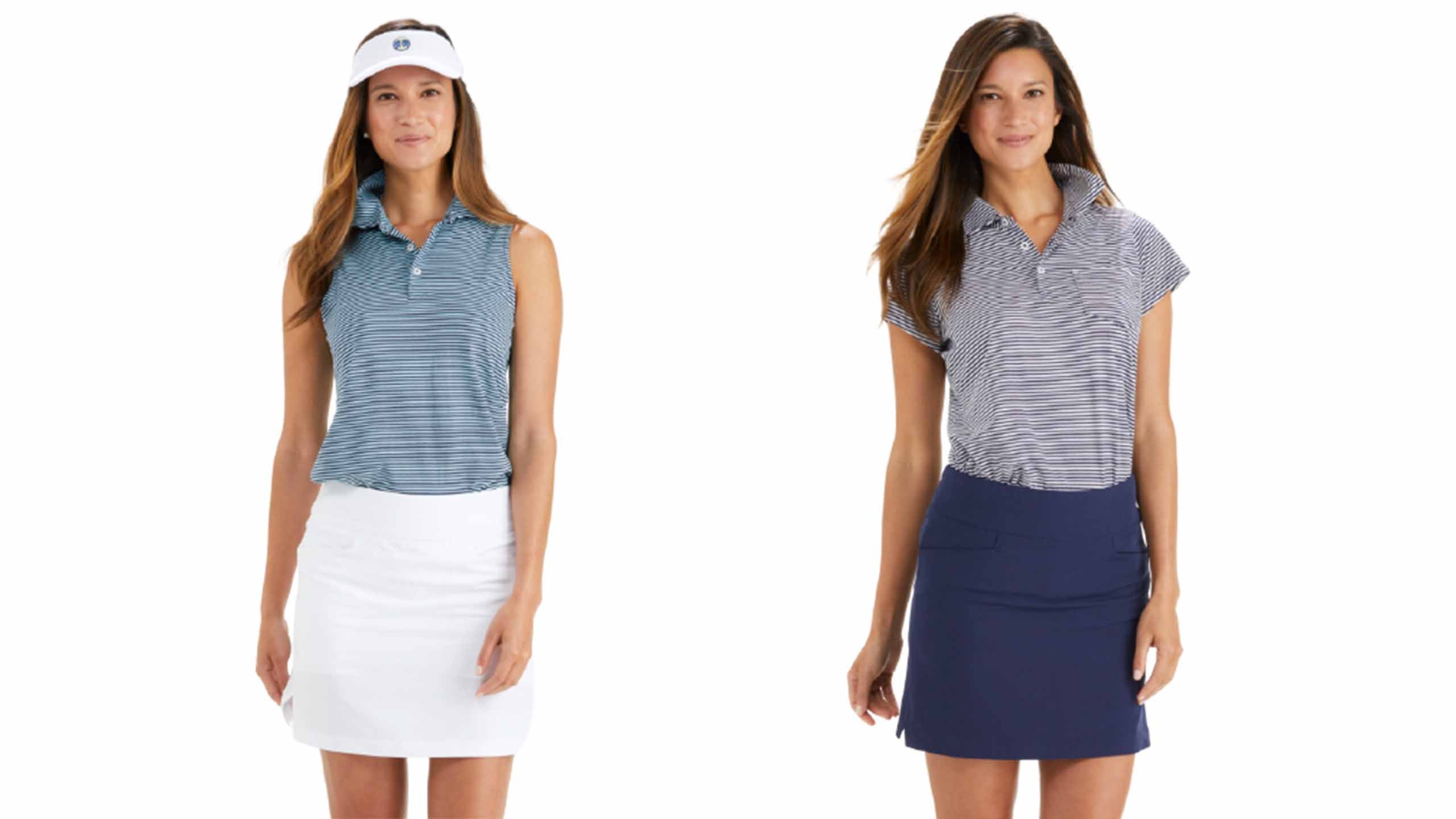 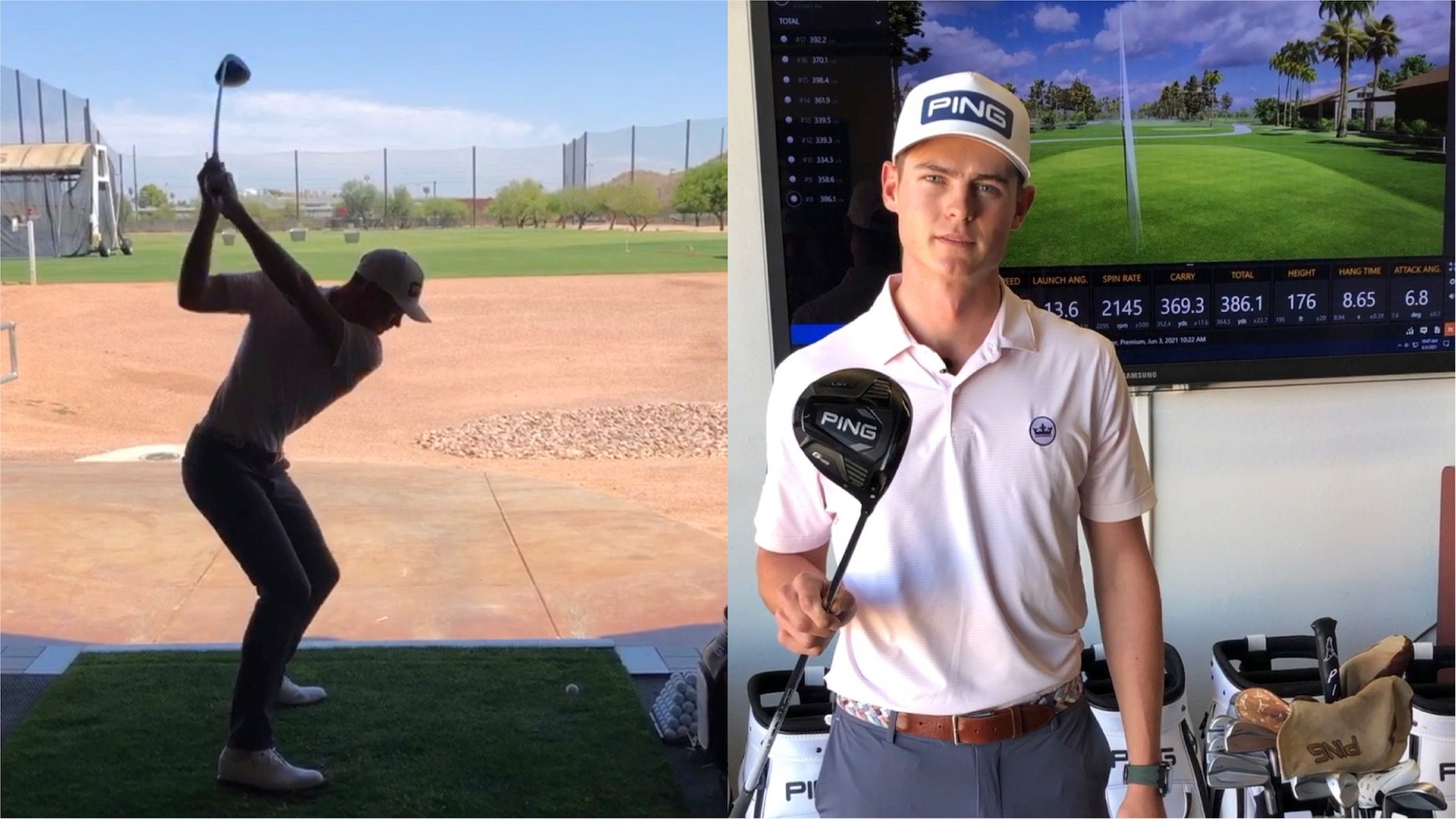 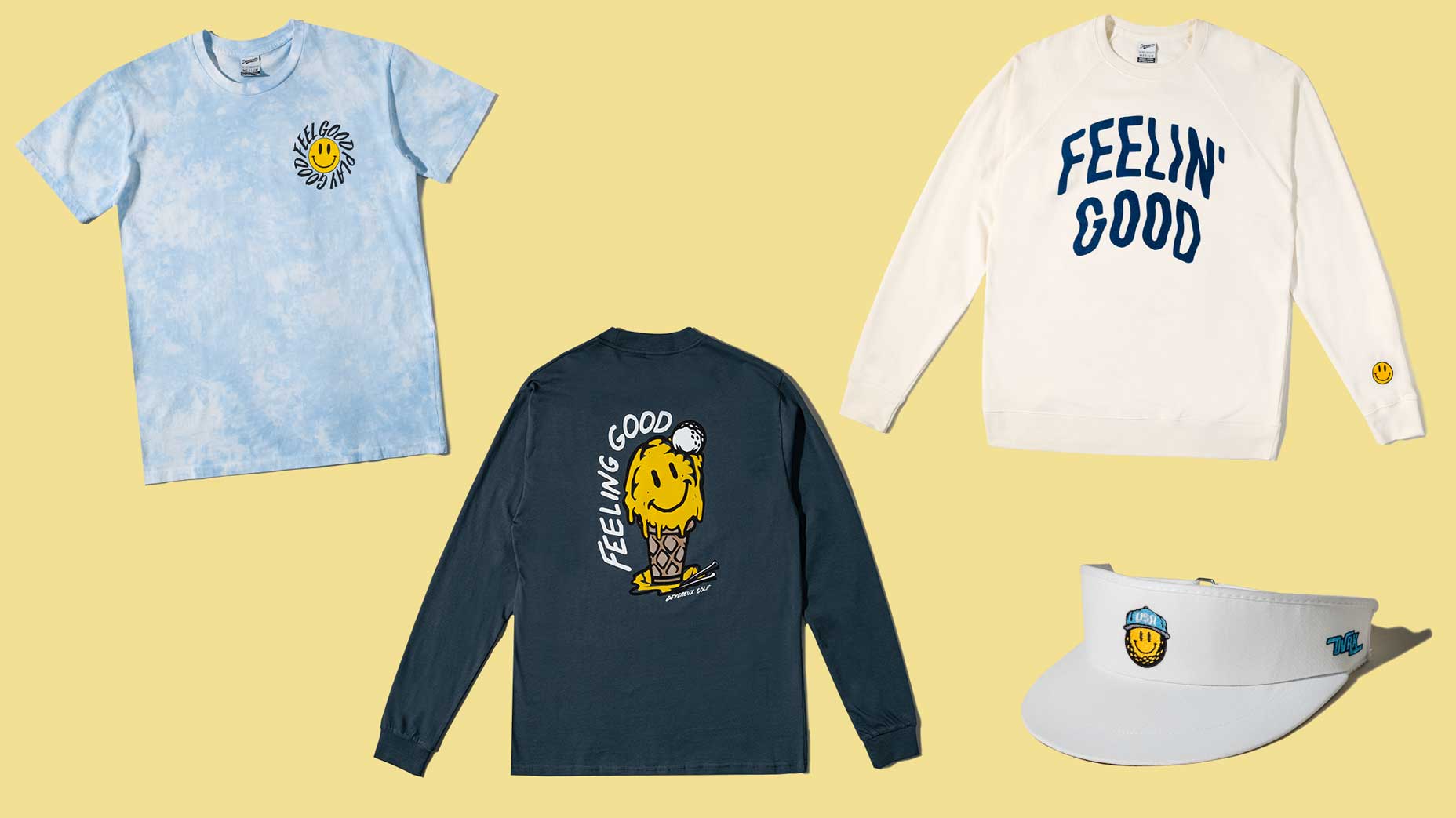 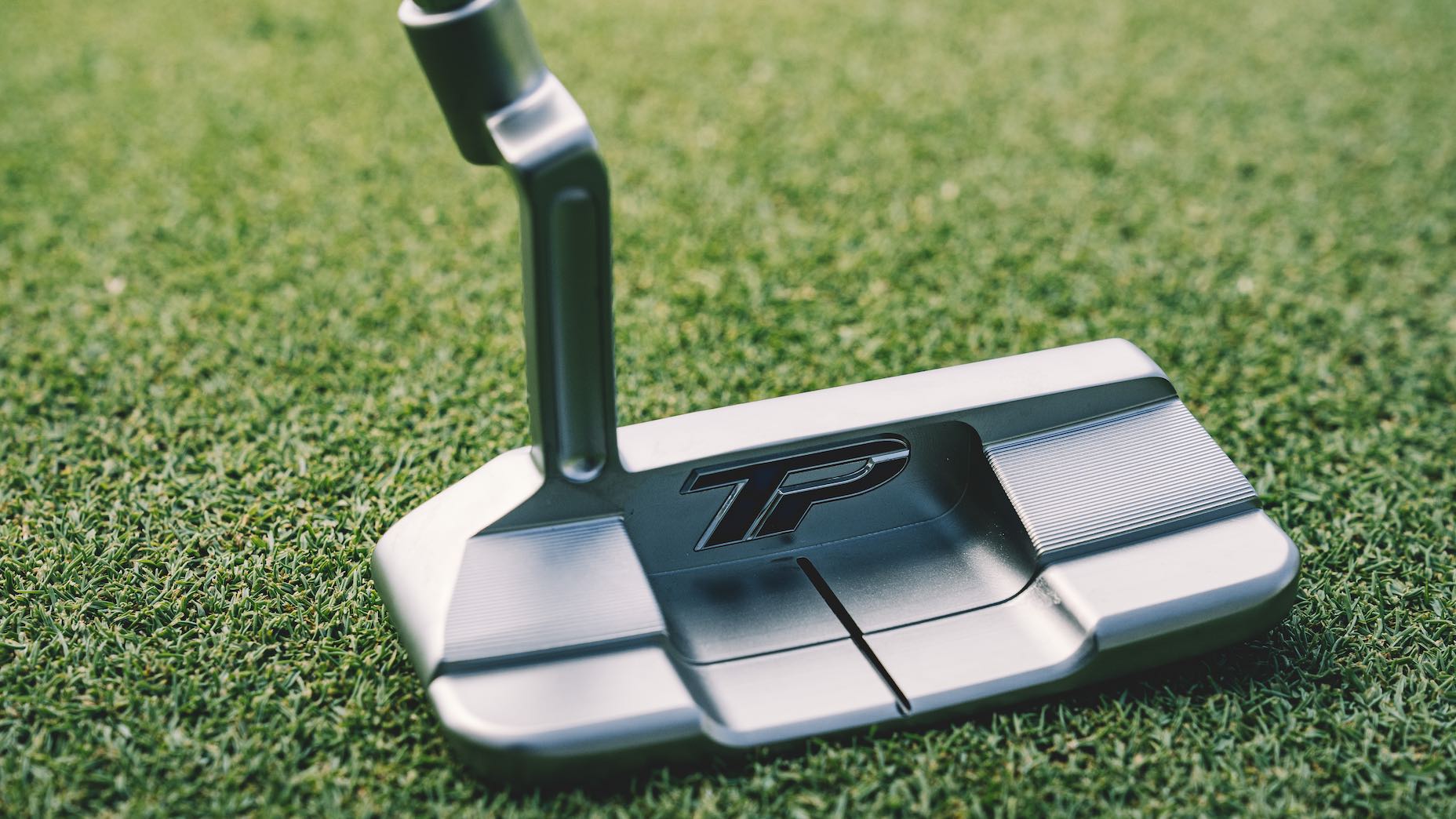