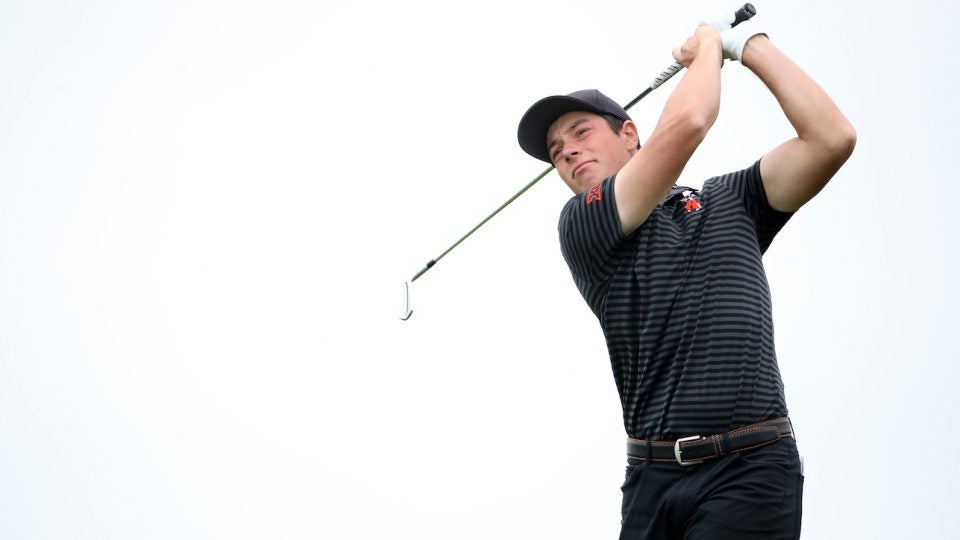 Viktor Hovland earned his PGA Tour card last week in Boise — an incredibly impressive feat when you consider the 21-year-old is less than three months removed from earning low amateur honors at the U.S. Open. What makes the accomplishment even more astounding is the fact that at the same time the “Smiling Assassin” was trying to earn his card, he was also testing new Ping equipment on the fly.

Instead of standing pat with the gear setup until after his status for the 2019-20 season had been determined, Hovland — who signed a staff deal with Ping at the Travelers Championship — chose to dive headlong into the transition from TaylorMade to Ping at the U.S. Open.

Over the last few months, Hovland has continued to tinker with his setup, which isn’t all that surprising for someone getting acclimated to new sticks. What is surprising, however, is the number of iron combinations he’s gone through over the course of seven professional starts.

Beginning with a new combo set of Ping i210 (4-6) and iBlades (7-PW) at the U.S. Open, Hovland managed to secure his Tour card using four different iron setups over the course of the last few months. To put things into perspective: He’s showed up to the course with a different set in more than half his rounds since he turned pro.

Hovi is the hero we don’t deserve.

This isn’t simply a guy changing out long irons or exchanging a pitching wedge from the set for a blade version. Hovland has tried everything from a full set of Ping’s i210 “Player” irons to a split set consisting of the better-player iBlade and ultra-compact Blueprint. In other words, he hasn’t stuck to one particular profile during his regular testing sessions.

One would assume Hovland’s continued search for a worthy iron set was due to inconsistency with his approach shots. But you’d be wrong. If Hovland’s strokes gained: approach-the-green (plus-0.947) stats counted, he’d rank third on the PGA Tour behind only Henrik Stenson and Justin Thomas.

That area could likely be turf interaction. Hovland has used irons with varying sole widths and even swapped i210 and iBlade around — using the long and short irons from both sets at different times — in an attempt to get the ideal interaction between ball and turf.

Whatever Hovland is working on, it hasn’t affected his play on the course. That’s the only thing that matters in the end.