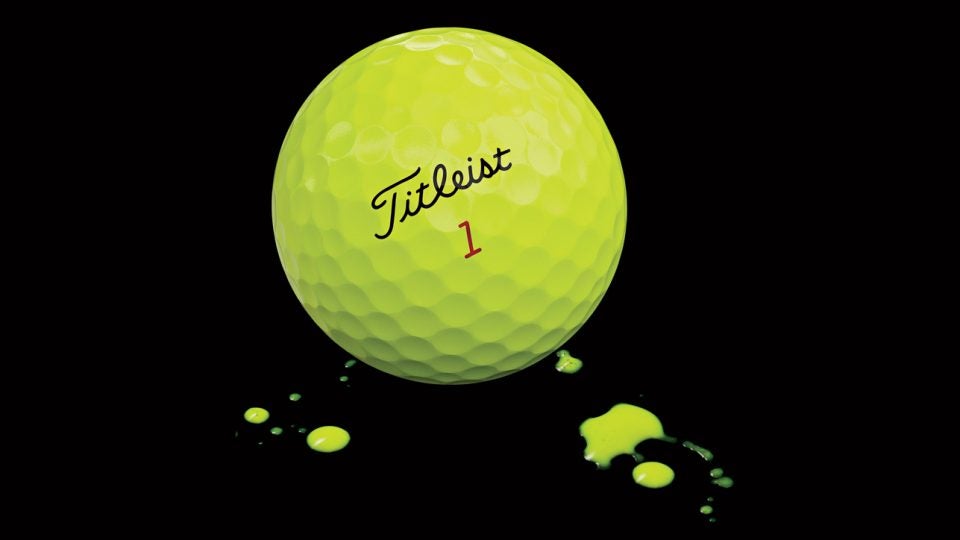 We we sat down with Titleist VP of Golf Ball Marketing Michael Mahoney to talk about the company’s latest ball offerings and get a peek into the Massachusetts factory where they are produced.

Let’s cut to the chase: How is the new Pro V1 family better than previous offerings?

Michael Mahoney, VP, Titleist Golf Ball Marketing: The story for 2019 is pretty simple. We deliver more speed in the Pro V1 and Pro V1x while maintaining the flight, feel, spin and, most important, the scoring performance of both models.

MM: We went through a process where we prototyped individual aspects of the entire ball. We started to see positive results from a bunch of that prototyping work. We combined it, and the result is a new core, casing layer and cover technology that all contribute to more ball speed in both balls.

Is that a matter of what’s in the ball, or how it’s made?

MM: Both. For the golfer, the easiest way to understand it is that we added more “fast” material to the ball and took away some of the “slower” material. The cover is almost 20 percent thinner. Cover material is incredibly important to a ball’s performance, particularly when it comes to short-game feel and control. As a result, it sometimes has properties that don’t necessarily enhance speed. That was the breakthrough: engineering a thinner cover without disrupting its feel and spin control, while simultaneously engineering a faster casing layer to boost ball speed. On the core side, we changed both the formulation and the process, which allowed us to not only make any compression changes, but also to increase speed and decrease a little long-game spin, giving it more distance. 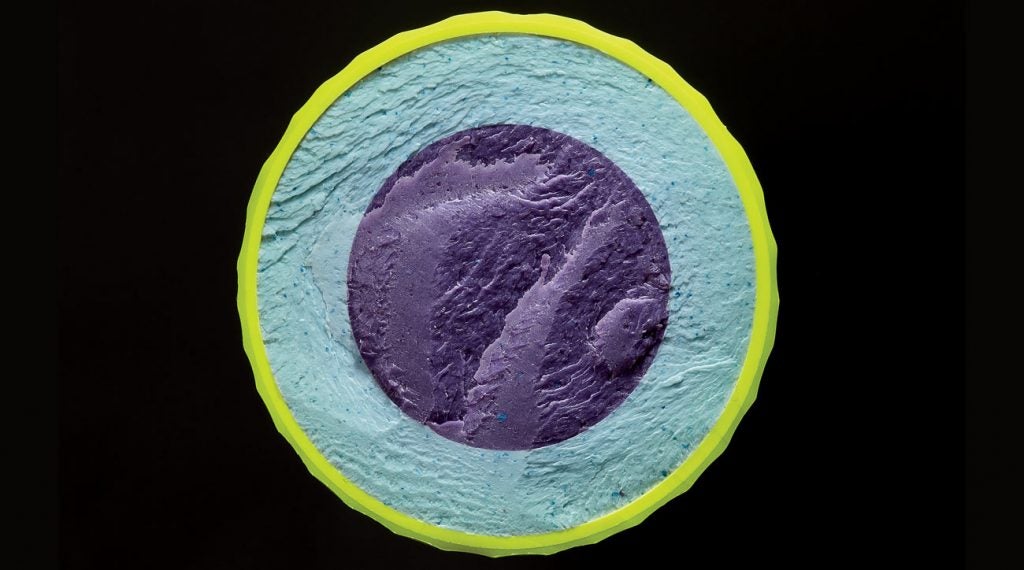 Titleist has offered tours of its Ball Plant #3 in Fairhaven, Massachusetts, since 2017. What do visitors learn when seeing what goes into the making of Pro V1s?

MM: The number-one takeaway people have when they walk through the plant is how involved the process is. And most of the technology people see has been built by the Titleist engineering team. We’re always looking to perfect the process through our own team of engineers. We build the equipment that builds the ball; we don’t buy ball-making equipment off the rack.

People are also really struck by the commitment to quality of our ball-plant associates. That goes back to our roots. We’ve always said, you don’t inspect the quality at the end of the process; quality has to be embedded in the process. Visitors see that, every single step of the way, whether it’s in the way we construct it or the manner in which we test it to make sure it meets the specifications.

What’s the reject rate for the Pro V1 at Ball Plant #3?

That must make producing Pro V1 range balls a bear.

MM: We have higher demand for Pro V1 practice balls than we can meet based on the quality of the product that we produce. 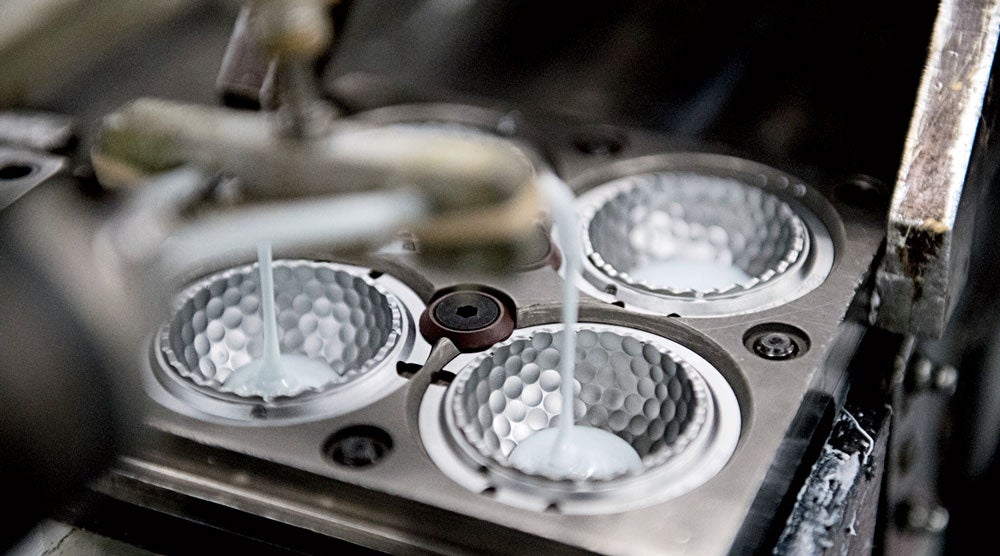 A colorful question: Why, finally, the yellow Pro V1? The idea must have been kicking around for ages.

MM: It’s really about the market, and what golfers told us. We’ve studied the colored-ball category, and we’ve obviously offered a bunch of different balls in color over the last decade. While we continued to ask golfers about demand for the Pro V1 and Pro V1x in yellow, it wasn’t until recently that the market clearly demanded it.

Was it heavy lifting or straight-forward to create a yellow Pro V1?

MM: It was a multi-generational development process. One of the things we always said was, if we were going to have a yellow or an orange or a pink Pro V1, they all had to perform identically—a Pro V1 has to be a Pro V1 no matter what color it is. Pro V1s have a complex cover chemistry, and as soon as you change anything, including color, it means different chemistry. There’s definitely more to ball manufacturing than meets the eye.

It wasn’t simply a matter of putting some dye in the urethane.

MM: No. There are three parts to achieving the yellow color in Pro V1 and Pro V1x. Because the cover has some level of translucence—light can travel through it—the casing layer has to be tinted a specific shade, because it contributes to the finished ball color. Then, we obviously have some color in the urethane itself, so that needs to be formulated. And since we make our own urethane—unlike the vast majority of our competitors, who use stock urethane from a supplier—we need to formulate that at the point of production. Lastly, during the finishing process, we also put on a coating that helps with the reflectivity, to give it that bright finish, particularly in daylight. It gives a nice contrast to the colors you see out in that environment. 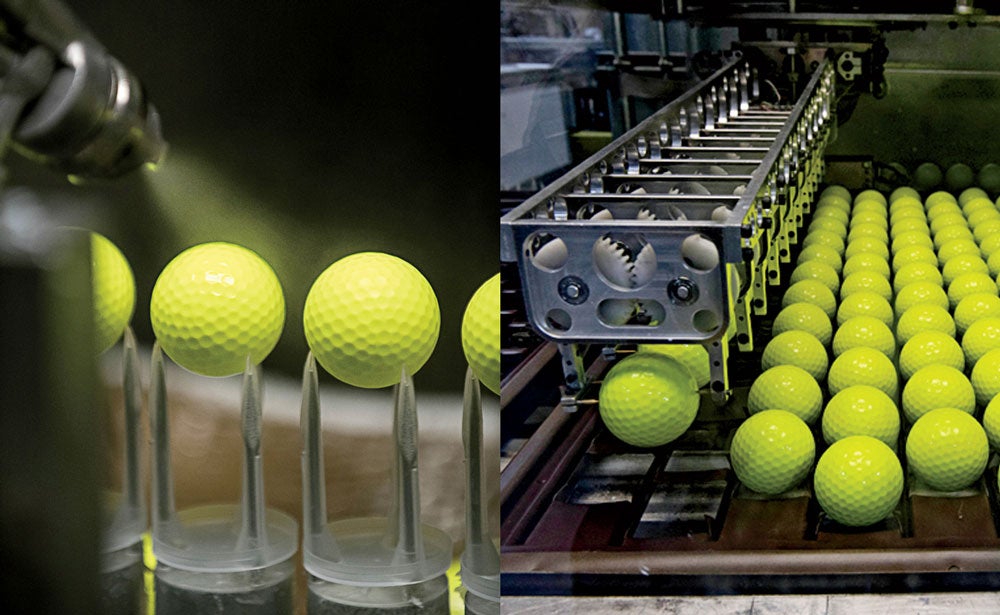 How did you settle on the final shade of yellow?

MM: It’s similar to how we proceed with any project at Titleist: We tested it with golfers. We made a variety of different prototypes in different shades and ultimately landed on what we thought to be the best yellow in terms of its visibility, golfer reaction—those types of things.

What was the reaction among Titleist Tour pros?

MM: As we started to bring yellow to market, we didn’t necessarily think there’d be that much interest from Tour players. We certainly didn’t say to anyone on Tour, “You have to play it—it’s important to us.” But as soon as we started testing with it and talking about it becoming part of the line, we were surprised by the number of pros who were interested, and players like Rory Sabbatini and Brittany Lincicome are now using it. Bubba Watson’s probably the best example. He told us, “As soon as you have it available, I want the first dozen shipped down to me at my home, so I can start playing and practicing with it right away.” 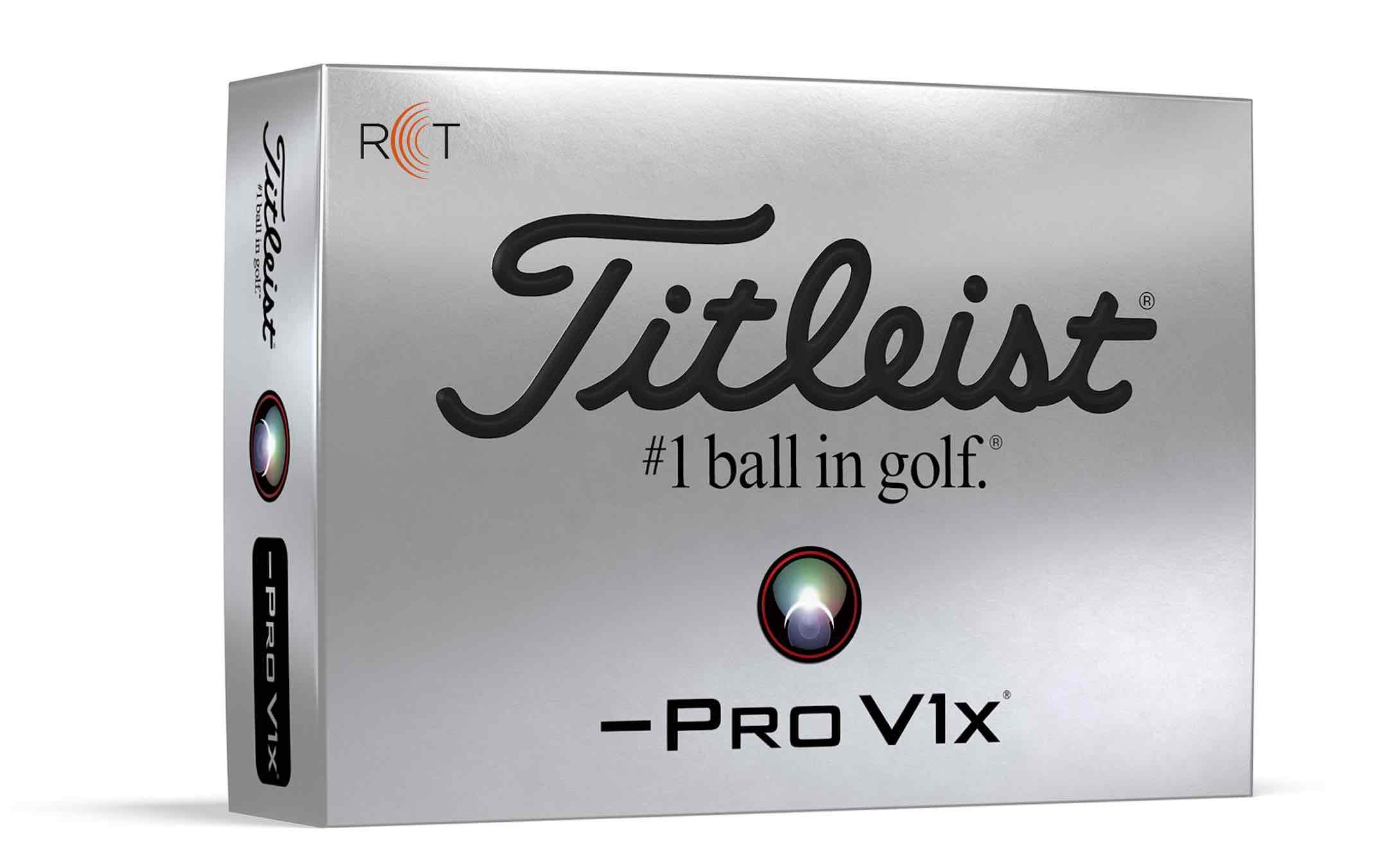