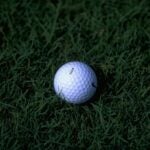 Tiger put Nike's Tour Accuracy in play during the spring of 2000.

Tiger Woods’ 2000 season will go down as one of the greatest in the history of the sport. Three consecutive major wins. Nine worldwide victories. An astounding 17 top 10 finishes in 20 starts. A scoring average that was nearly three shots better than the Tour average. And the list goes on and on.

Woods was in a class by himself that year.

What’s even more impressive is that Woods completely rewrote the record books with a three-piece, solid construction ball with a molded rubber core injected and urethane cover that was markedly different from what his peers were playing at the time. Up until that point in his career, a liquid-filled core and wound construction was the preference for a majority of pros, Woods included.

Tiger didn’t need an equipment edge to dominate the competition, but his decision to put Nike’s Tour Accuracy in play that spring at the Deutsche Bank-SAP Open in Hamburg proved to be a turning point for not only the 15-time major winner, but the equipment industry as a whole. By the time Woods closed out the Tiger Slam at the 2001 Masters, all but four players in the field used a solid-construction ball.

Steve Williams, Woods’ former caddie, had a front row seat for the equipment change. During the latest episode of the Chasing Majors podcast — a show he co-hosts with golf journalist Evin Priest — Williams detailed the evolution of Woods’ golf ball change and the impact it had on the sport.

“This golf ball didn’t come by accident,” Williams said on Chasing Majors. “When Tiger signed with Nike, [the ball] was one of the projects. It didn’t happen overnight. It was a couple years of engineering that went into developing the ball and getting it exactly right. And it wasn’t going to be put into play until such time that it was exactly how he wanted it.”

Up until that point in his career, Woods appeared to be in total control of his game as Williams assumed the caddie job in 1999, but even the Aussie noticed some massive improvements as his boss started to put the Nike ball through its paces during early testing.

“Tiger had a couple hundred balls in his practice bag — obviously all the balls he wasn’t using at the moment — and he’d go through the same array of shots, but there was an ease for him to do exactly what he wanted to do [with the Tour Accuracy],” Williams said on the podcast. “When he was trying to hit that stinger shot, he’d really have to concentrate on hitting it low and all the mechanics that went with it. But this ball, because it was designed so well, for specifically what he wanted to do, he’d hit the shots he needed with more ease and more confidence. Heading into the 2000 season, this ball was going to be a big factor, I felt.”

“Every time you have a golf ball reacting to the way you want to hit it, I think that just frees you up and gives you confidence,” he said. “You’d have to say it was worth one or two shots per round, for sure.”

One or two shots per round. Considering Woods was already head and shoulders above his peers, an extra one or two shots would’ve made keeping up with the then-24-year-old almost impossible. His results on the course back up the fact that Woods was, indeed, practically unbeatable on the course with the new ball in play.

Williams was quick to note Woods’ near-immediate success with the Nike ball was the polar opposite of what happened to Greg Norman — Williams caddied for Norman from 1982 to 1989 — during the 1980s when he switched to a high-spin Spalding ball.

“When Tiger went to that Nike ball, it absolutely suited him,” Williams said. “But way back in the 1980s, Greg Norman played Spalding and went to the Tour Distance ball — he was obviously paid a lot of money to play Spalding and this new golf ball — and that ball was so detrimental to his career. It was the worst thing he ever did. That ball would’ve cost him two shots a round.

“If he would’ve ended up playing a different ball at Augusta, he would’ve won the tournament. I have absolutely no qualms in saying that. The Tour Distance spun more than any other ball — and Greg liked that. But it spun too much. Back in those days, he didn’t have the advantage of having all of this technology like TrackMan to be able to tell you how far the ball was going. You just thought this ball spins good. That’s the exact opposite of what Tiger did here.”

Following Woods’ dominant 2000 season, Titleist released the Pro V1 during the second week of October and watched as forty-seven Tour players immediately put it in play, making it the largest pluralistic shift of equipment at one event in golf history. Thanks to Tiger, we all get to reap the benefits of a ball construction that’s superior to its predecessor.