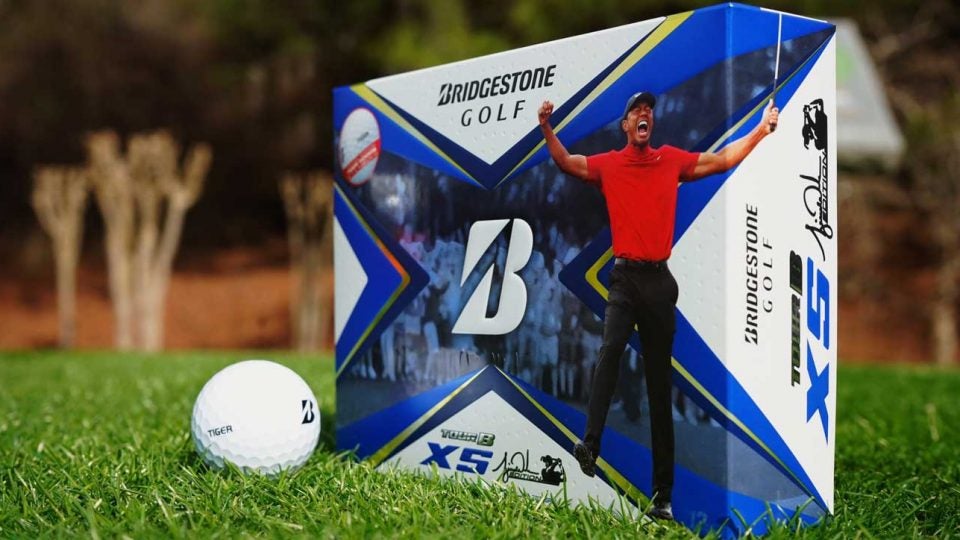 It is not an entirely new ball, but rather the existing 2020 Bridgestone Tour B XS model released in January, also known as the golf ball Woods uses on the PGA Tour.

According to Bridgestone, the new Tour B XS Tiger Woods Edition “is a collaboration between Bridgestone Golf and Tiger Woods to allow golfers to play the exact ball Tiger uses in competition.” The balls include a custom “TIGER” side-stamping, and every ball is a No. 1, instead of featuring various numbers like many other models. 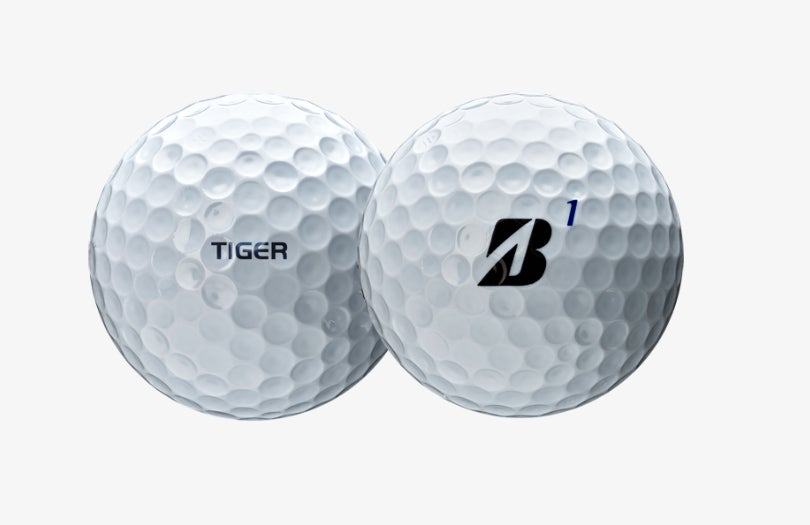 The primary difference between the new ball and the standard model is seen in the packaging. The box features the iconic image of Tiger raising his arms into the air after sinking the winning putt on Augusta’s 18th green to secure his fifth green jacket last April. 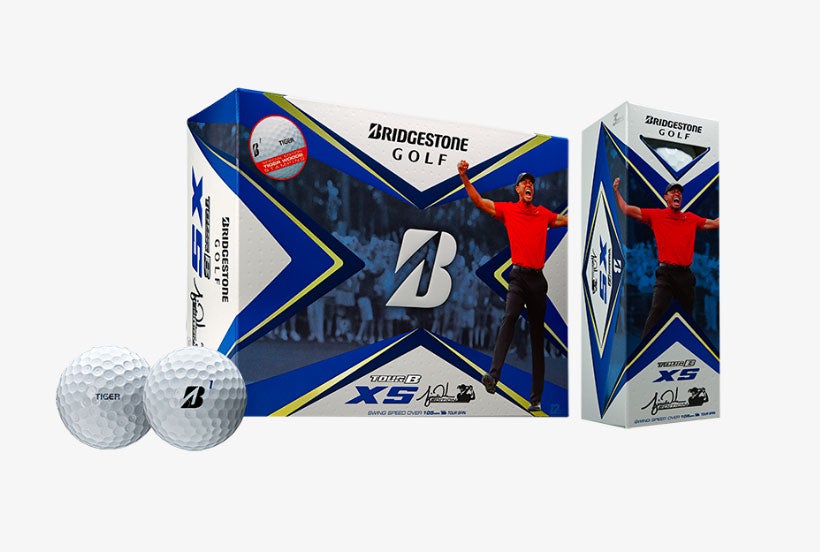 As GOLF’s Jonathan Wall reported last year, following Tiger’s big win, sales of the 2018 Tour B XS balls went through the roof and quickly became “Bridgestone’s top-selling Tour B model, which was once ranked third behind both the Tour B RX and RXS.”

One of the biggest innovations in the new Tour B XS over the previous model is its Reativ cover formula, found across the entire new Tour B line. Woods had a big hand in the company moving forward with the new cover.

Back when the new ball was in its infancy, Woods was given the chance to test out the new Reactiv cover version, along with several other protoypes. Tiger’s preference for the new cover was clear immediately.

“We laid it down and had him go through and test a bunch of [prototypes], and he gravitated very quickly to that one that had the early prototype cover on it,” Adam Rehberg, Bridgestone’s golf ball fitting manager, told GOLF.com.

Eventually, Tiger’s preferred cover made its way into the 2020 line. Even then, as Wall reported in January, “when Bridgestone rolled out eight prototypes during the first official testing session, Woods continued to pick out the ball with the Reactiv cover.”

If that doesn’t impress you, then this Tiger ball-testing anecdote surely will. Recently, Bridgestone’s Rehberg joined GOLF’s Fully Equipped Podcast, and shared an incredible story about Tiger’s famous golf-ball juggling trick. It turns out that Tiger’s juggling isn’t for show, it has a very specific purpose.

“It’s not something he’s doing for fun. He’s listening to how the ball hits the wedge, listening for the sound. He’s then able to perceive sound and softness,” Rehberg said on the podcast. “He can decouple sound and softness. So a ball may be giving him certain sound, but then he can see the ball checking and he’ll say, ‘It sounds like it’s soft, but it’s not spinning as much as the F2 or 37E or 27D [prototypes].”

There is no word yet on when the new Bridgestone Tour B XS Tiger Woods Edition ball will go on sale, but once it does you will be able to purchase them at the company’s official site.