ClubTest 2022: The inside story behind PXG’s newest drivers (plus reviews!)

Read our complete reviews of PXG drivers below.

This year’s ClubTest is bigger and better than ever. To help you make sense of the mountain of high-tech new clubs on the market, we put all of the latest offerings from the top golf club manufacturers to the ultimate test, making use of a state-of-the-art swing robot to put each club through its paces. Below you will find our deep dive into PXG’s newest drivers, including full reviews and test results toward the bottom of the page.

PXG and luxury have been synonymous since the upstart club manufacturer’s founding in 2014. No matter the price tag, Bob Parsons’ company has always aimed to make the highest performing clubs on the market. The results have led to a cultlike following—and a lot of game-changing tech.

Eight years later, that mission remains the same.However, PXG has now expanded its product line to cater not only to those with deep wallets. Enter the PXG 0211 lineup.

“We said, ‘Hey, let’s create a really high-quality product but do it in a way where price isn’t a huge roadblock,’ ” says PXG’s chief product officer Brad Schweigert.

And so, the 0211 drivers were born. The line was initially launched in 2019 with the introduction of more affordable irons, too, and in 2021 the family of clubs was expanded to include new drivers plus fairway woods and hybrids.

For PXG aficionados, the technology packed into the 0211 family of woods will be familiar. All feature PXG’s honeycomb TPE inserts, thin club faces and adjustable weighting.

“A lot of the technology is a carryover from some of our flagship products,” Schweigert says. “We use the same body material and face material, as well as a carbon-fiber construction on the crown. It’s a very high-quality product—especially considering the price point in which it’s positioned.”

There are some key differences between the flagship products and the 0211s, though. The extra bells and whistles—and added customization—that have come to define PXG are absent.

The 0211s are made for golfers who want more speed and forgiveness, and they deliver on their promise thanks to a Ti412 face material that produces a spring-like effect for higher ball speeds. PXG also placed a single weight on the rear of the sole to move the center of gravity back to achieve a higher launch.

There are even clubs in this line that cater to weekend warriors in the form of the 0211 Z set—a notion that would’ve been unthinkable in the past for a high-end brand like PXG. These clubs were designed with beginning golfers in mind, engineering them to help hit the ball as high and straight as possible.

“It’s really optimized and developed for players that are at slower clubhead speeds,” Schweigert says. “This line is completely different. We’re trying to give people something that is easier to make good contact, keep it in the fairway and have fun.”

The 0211 Zs are intended to be purchased in a 10-piece set and feature a combination of technologies found in their flagship products but with larger profiles and increased lofts—proven club design keys for effortless launch, control and distance.

But worry not PXG diehards. The boutique, ultra-high-end clubs that have come to define the company are still an integral piece of this year’s lineup in the form of the Gen4 drivers (0811s), fairway woods (0341s) and hybrids (0317).

There were several improvements made from the previous flagship products, but the largest upgrade in the Gen4 line came in the form of a technology called aluminum vapor (AV). The AV process takes tiny, vaporized particles of aluminum that impregnate the carbon-fiber material in the crown to stiffen the overall structure. This process not only provides performance enhancements but also gives the lineup a unique look.

“This was important for us because it helps yield faster ball speeds and greater forgiveness around the face,” Schweigert says. “That’s definitely one of the most notable features when you look at our newest products.”

The 0311-driver lineup has three different head options to provide the perfect club for any need. The XF is the most player-friendly of the bunch, with a large profile and maximum forgiveness, while the X and XT models are built for more advanced players. Each head features three weights in the sole for maximum customization.

For fairway woods and hybrids, the AV crown gives a beautiful top-line look, with two weight ports in the sole for optimal adjustability. The latest generation of PXG clubs represents something of an ideological shift for the brand.

Consumers with tighter budgets are now finding their way to PXG via the 0211s, and beginners are wading their way over as well. But the core components that have made the company a success haven’t gone anywhere, and Mr. Parsons and company continue to push boundaries and innovate in a way that only PXG can. — Zephyr Melton

Our take: The 0211 earned high marks from our testers for its forgiveness and stability. “It’s extra forgiving, and that’s a good thing for me,” one tester said. “I set it down and don’t feel like I can miss. I can’t remember the last time I played a driver like that.” With a titanium-alloy face and substantial back-weighting, golfers won’t have to worry about the clubhead twisting at impact. 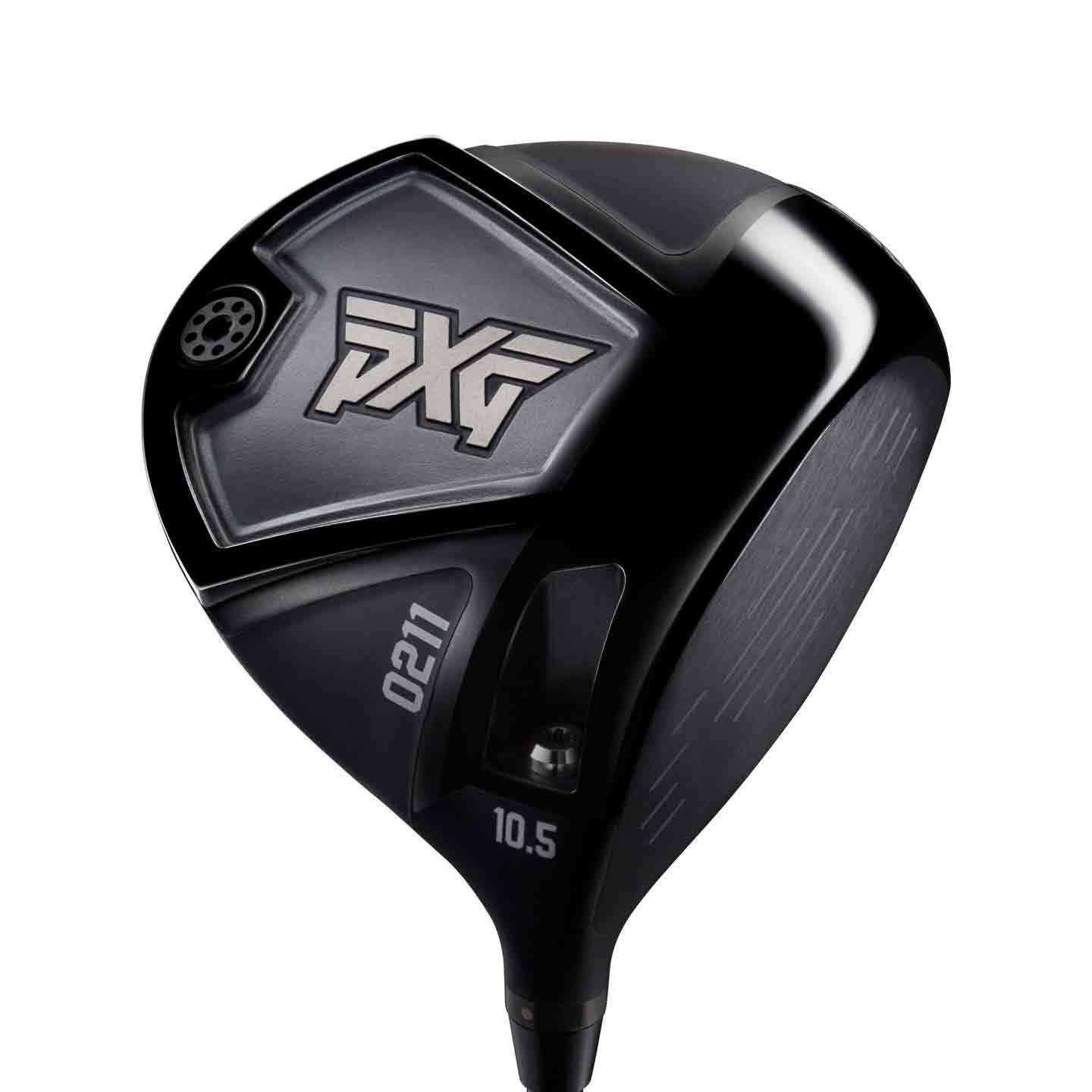 $189
The 0211 is designed to feel and sound as good as it performs, thanks to a vibration-dampening TPE insert in the rear sole. That’s also where they’ve placed the single weight port designed to max out MOI and create a deeper, launch-optimizing center of gravity.
Buy Now

The details: The 0211 is designed with optimal feel and sound in mind, and thanks to a vibration-dampening TPE insert in the rear sole, it achieves just that. The rear sole also houses a single weight port that’s designed to max out MOI and create a deeper, launch-optimizing center of gravity.

Our take: The 0211 Z driver is built for the weekend warrior — they might not play a ton, but when they do, they want the reliability that PXG offers. This driver is sold in conjunction with the 0211 Z 10-piece set and will have you sending missiles down the fairways, no matter how infrequently you play. 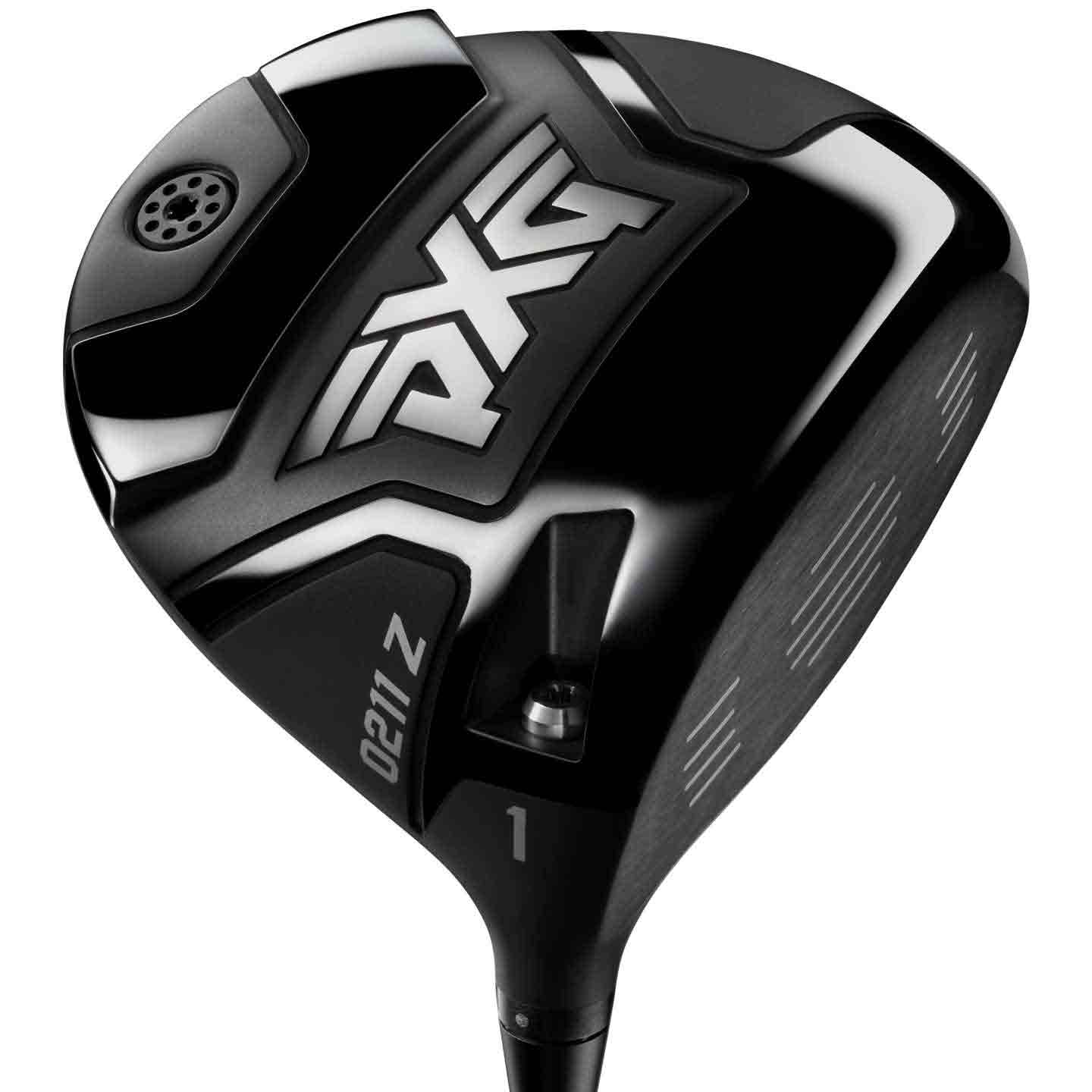 The details: The 0211 Z has a low-profile, carbon-fiber crown that shifts the center of gravity lower and rearward, increasing launch and forgiveness. The driver also features Honeycomb TPE inserts within the head that not only dampen vibrations, but also improve sound and feel.

Our take: The 0811 X driver offers the optimal balance between power and forgiveness, and the look is as sleek as they come. “A clean look at address is what I’m going for with my driver, and this delivers,” one tester said. “It has a good crunch at impact, and you know when it’s crushed.” If you’re looking to smash bombs, and look good doing it, you’ve got to give the 0811 X a look. 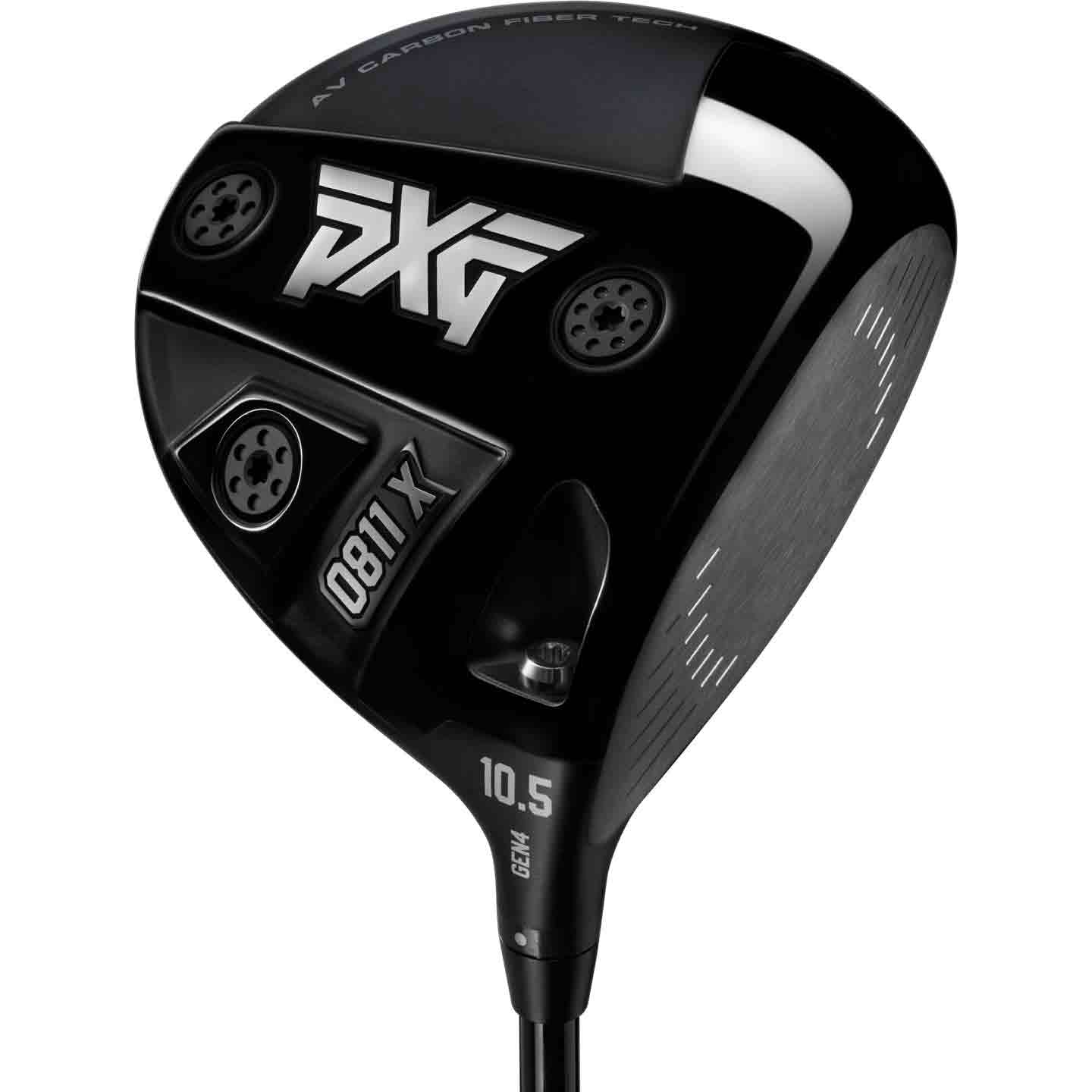 $349
Wield the optimal balance of power and forgiveness with the PXG 0811 X GEN4 Driver. The innovative head design, coupled with PXG’s Hybrid Crown Construction and Precision Weighting Technology, delivers low spin performance and exceptional distance. Put this bad boy in your bag and prepare to level up.
Buy Now

Robot’s take: The whole line of 0811 Gen4 drivers had excellent off-center dispersion numbers, with the X being tops in terms of distance and forgiveness.

The details: The 0811 X is the most forgiving of PXG’s Gen4 drivers, but there are still plenty of ways to customize it to your liking. It comes with adjustable weight ports and hosels, featuring a high-performance anti-glare finish. The driver also features a hybrid crown construction, a honeycomb TPE sole insert and tall, high-speed face that lowers the center of gravity and promotes high launch/low spin drives.

Our take: If hitting the center of the clubface isn’t your forte, worry not — the 0811 XF is built with less-than-perfect strikes in mind. The larger head at address will build your confidence as you address the ball, and that bravado will continue to soar when you see how far you can smash this driver down the fairways. 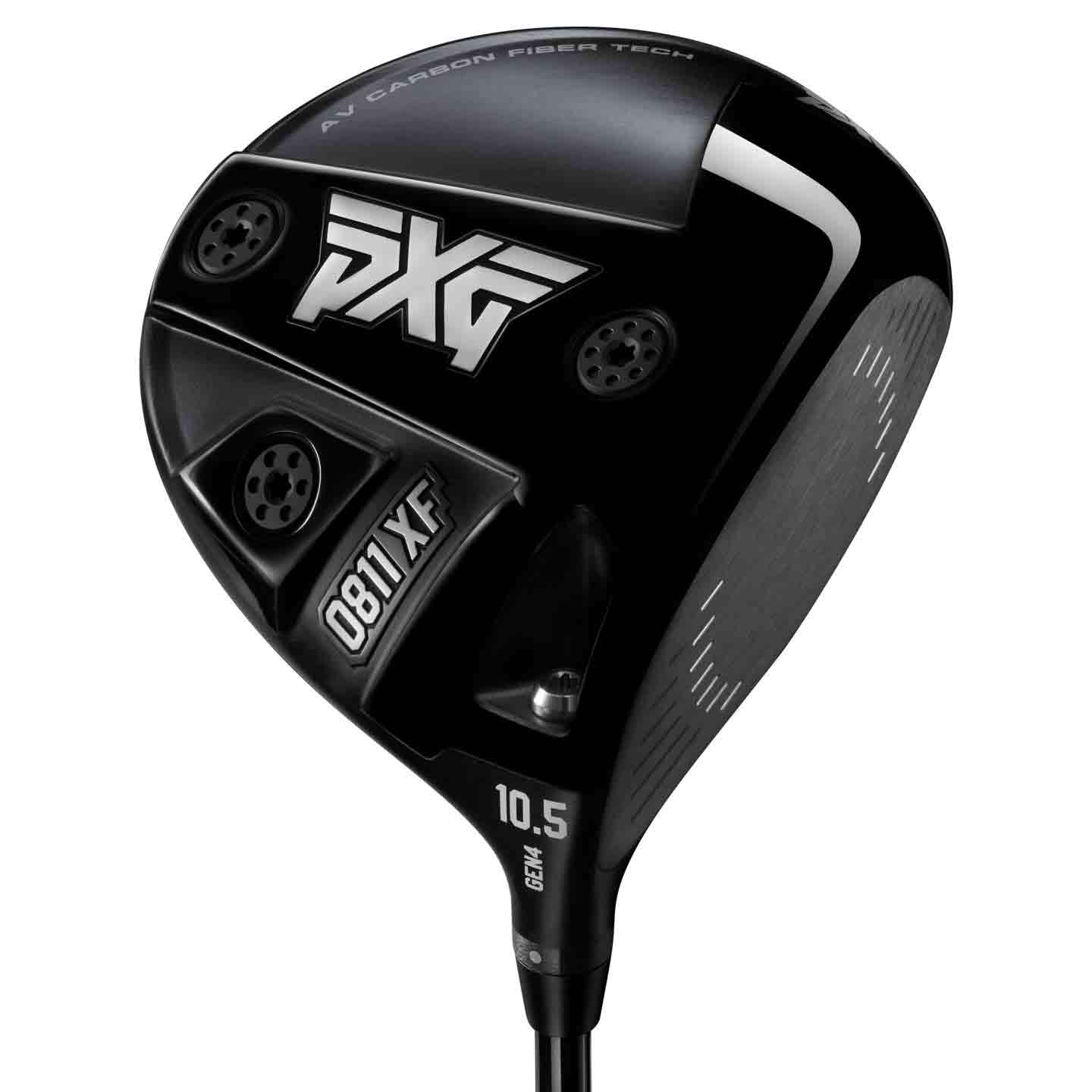 $349
The PXG 0811 XF GEN4 Driver was built to annihilate expectations of what a driver can deliver. The larger profile head design helps build confidence at address and is optimized for outstanding distance and exceptional forgiveness. One swing and you’ll be blown away.
Buy Now

The details: The 0811 XF comes equipped with three weight ports on the sole to promote fine-tuning, and the lower side profile and a deep front-to-back head shape promotes optimal forgiveness. The face is also larger and longer head-to-toe, making certain that even mishits don’t sacrifice too much distance.

Our take: The 0811 XT is PXG’s tour-inspired model of their Gen4 line and is built for players with high swing speeds who find the center of the face often. This driver is made with low handicappers in mind, and for those who want to maximize performance without worrying about repeated mishits. If you’ve got aspirations of a club championship, the 0811 XT is built for you. 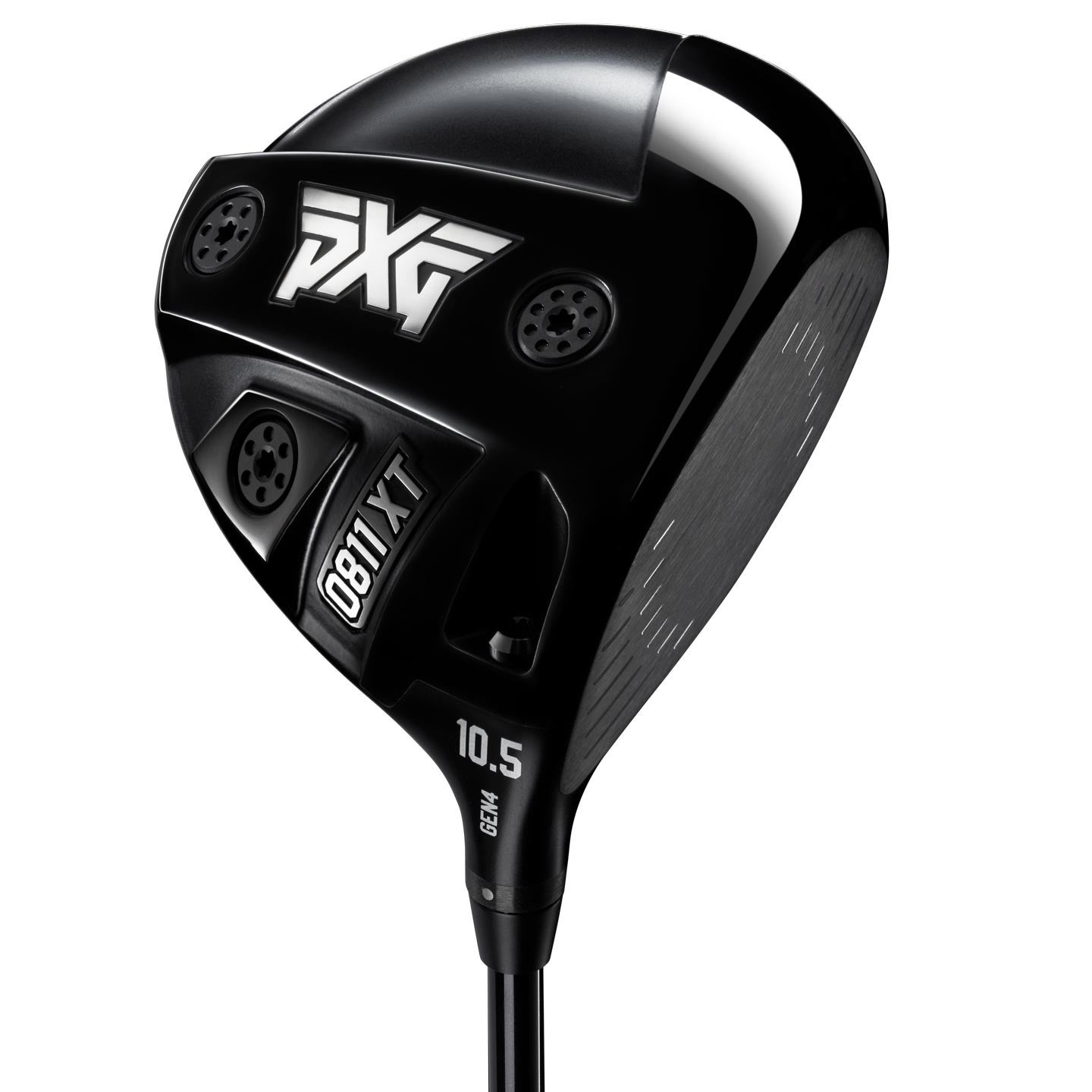 The details: Like the other Gen4 models, the 0811 XT comes with an adjustable hosel that allows for +/- 1.5 degrees of loft adjustability. The head is engineered with a a tour-inspired, teardrop shape that is intended to reduce drag and caters to golfers with faster swing speeds. The driver also features a smaller face to reduce drag forces to make sure you get as much ball speed as possible.