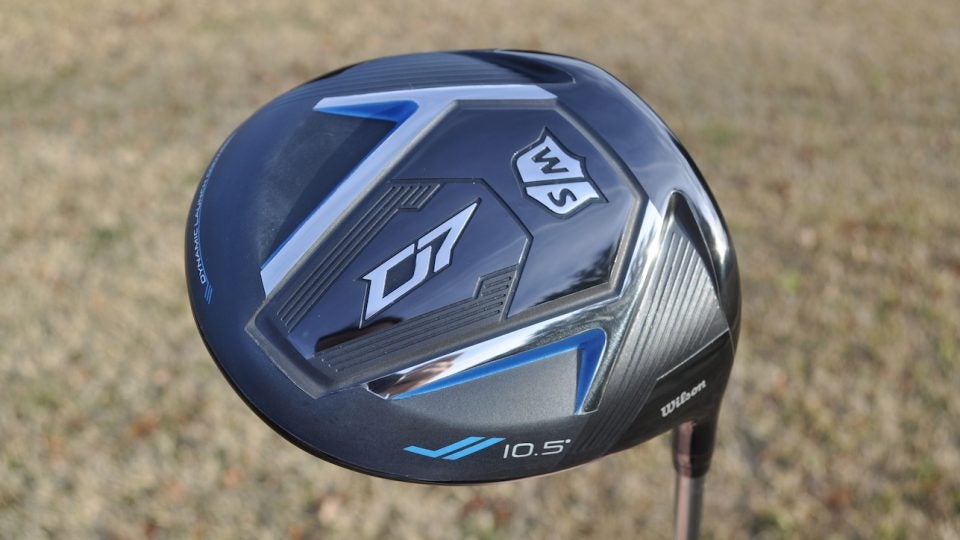 The head of Wilson Golf's lightweight D7 driver comes in at 192 grams.

There are myriad ways to generate clubhead speed when designing a new metalwood — from creating a more aerodynamic head shape to utilizing angled ridges along the front portion of the crown to improve airflow. During the creation process of Wilson Golf’s D7 metalwoods, the equipment manufacturer chose to go another route, reducing overall head weight to 192 grams in an effort to increase clubhead and ball speed.

“The process of creating the D7 driver started with designing the head shape and then stripping out nearly 25 grams of excessive weight,” said Jon Pergande, Wilson Golf’s global innovation manager. “This weight was strategically returned to the head with the goal of improving the sound of the driver and optimizing ball flight with Dynamic Launch Control.”

Wilson created the D7 line around a new technology it’s calling “Re-Akt” that features variable internal weight positions within the head — designed for different speed and launch characteristics — and lightweight materials, including a carbon composite crown with a layer of Dupont Kevlar situated between the carbon fiber layers to neutralize vibration and produce a solid feel and sound at impact.

The strategically positioned internal weights, known as Dynamic Loft Control, are geared for different swing speeds at the three lofts (9, 10.5 and 13 degrees) offered.

In the 9-degree head, the weight is located forward, closer to the face for lower launch and spin characteristics that could benefit higher swing speed players. The 10.5-degree option features a more neutral weighting for moderate-to-fast swing speeds who want a higher launch and spin profile. For the moderate-to-slow swing speed golfer, the 13-degree driver has weight farther back and toward the heel internally for the highest launch in the line with a slight draw bias.

Both the D7 fairway wood and hybrid are highlighted by a Carpenter Custom 455 Stainless Steel face insert that allows the ball to flex more effectively at impact. Unlike the carbon composite crown found on the driver, Wilson designers went a different direction with the fairway and hybrid crown construction, adding four “thin cast pockets” — thinned out sections in the crown — that add structure while minimizing the overall weight typically found in most conventional fairway wood and hybrid crown designs.