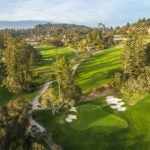 Alister MacKenzie calls Pasatiempo the finest course he ever built. Unlike Cypress Point, just an hour south, Pasatiempo sits slightly inland, but its high points offer views of the Pacific and the entire routing, with its giant paw-print bunkers and large, undulating greens, make plain the influence that this course had on MacKenzie’s later work at Augusta National. Charms and challenges abound, from the long, uphill par-3 3rd to the par-4 16th, a humpbacked dogleg with a second shot that plays over a chasm to a wild and winning three-tiered green. Some nitpickers grouse that the course is pinched by homes. But one of those houses belonged to MacKenzie, who chose to reside beside the par-5 6th. Max fee: $325. (Photo: Patrick Koenig) 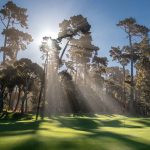 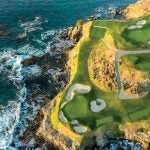 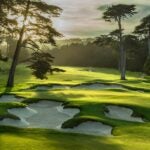 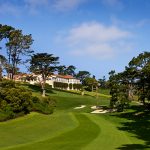