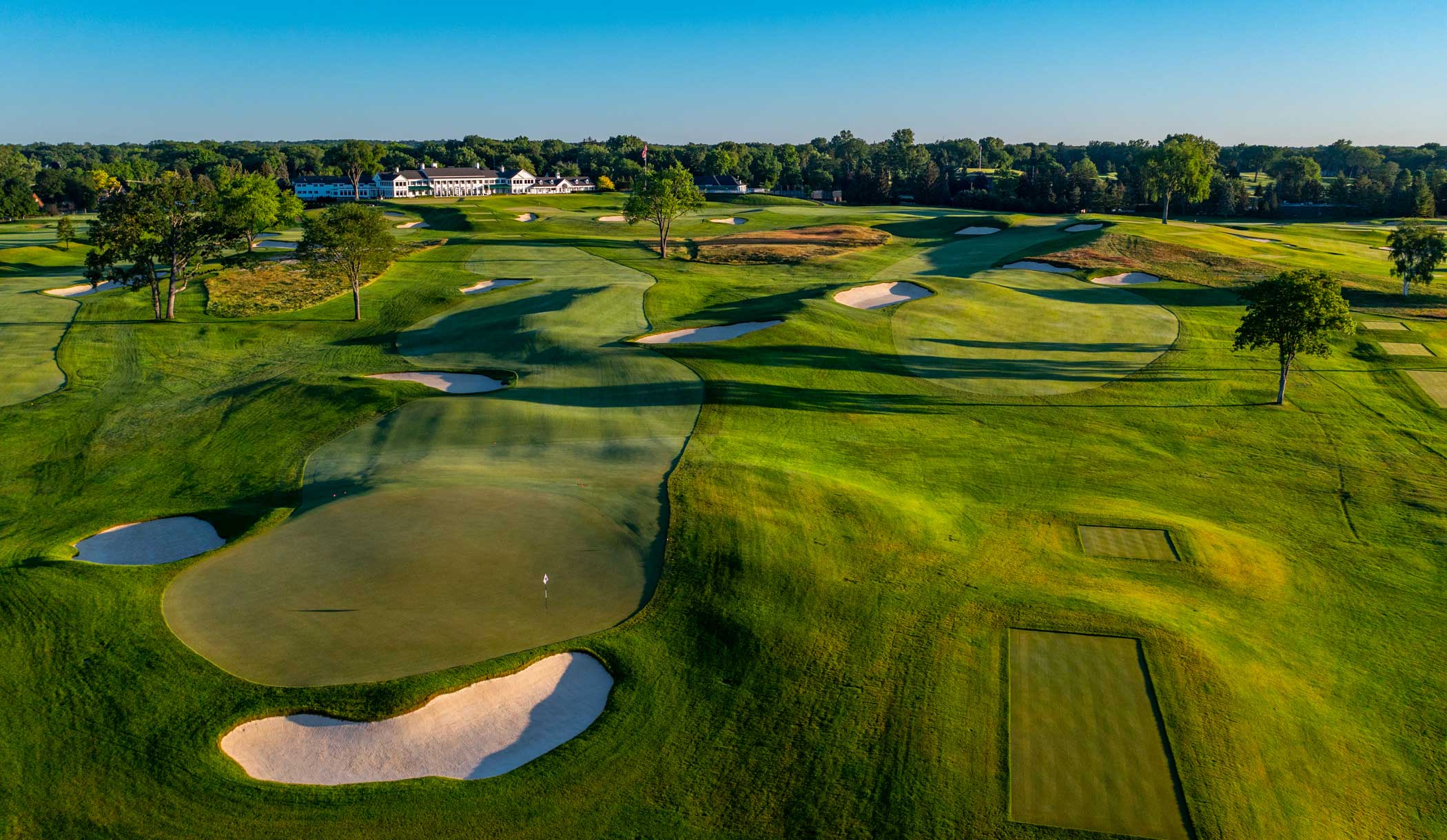 Through the years, Oakland Hills — the famed “monster” that Ben Hogan slayed in the 1951 U.S. Open — became long, narrow and hard, which fit the descriptive of other American championship courses. That was never meant to be the course’s fate — this was Donald Ross’s parkland thought-provoking magnum opus. Happily, all of Ross’s glories, and then some, were brought back in 2020 when Gil Hanse, Jim Wagner and team restored Ross’s width and playing angles. The greens were expanded a whopping 35 percent, and the bunkers themselves were restored to their previous immense scale. Fescue grasses blow in the wind and the undulating site, no longer hidden by trees, optimizes parkland golf’s regal offering with some of its greens like the 1st and 14th capable of stealing your breath. (Photo: LC Lambrecht)