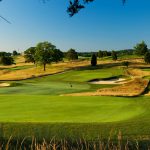 To say that both the property and the greens are rolling is an understatement! Whatever preconceived notions you might have about Donald Ross greens, they will be blown out of the water with one tour around this 1917 design, which was deemed such a good test that it quickly hosted the 1924 PGA Championship. The 8th green, with its six feet of fall from back to front, gets most of the attention, but a green like 17 that drops more than three feet from its high right plateau to a lower left tier is just as astonishing. Three of the par-3s measure 240, 250 and 250 yards and may well constitute Ross’s most bruising collection of one-shotters. Max fee: $125 (Photo: Brian Walters) 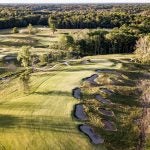 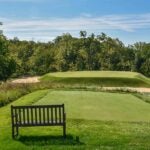