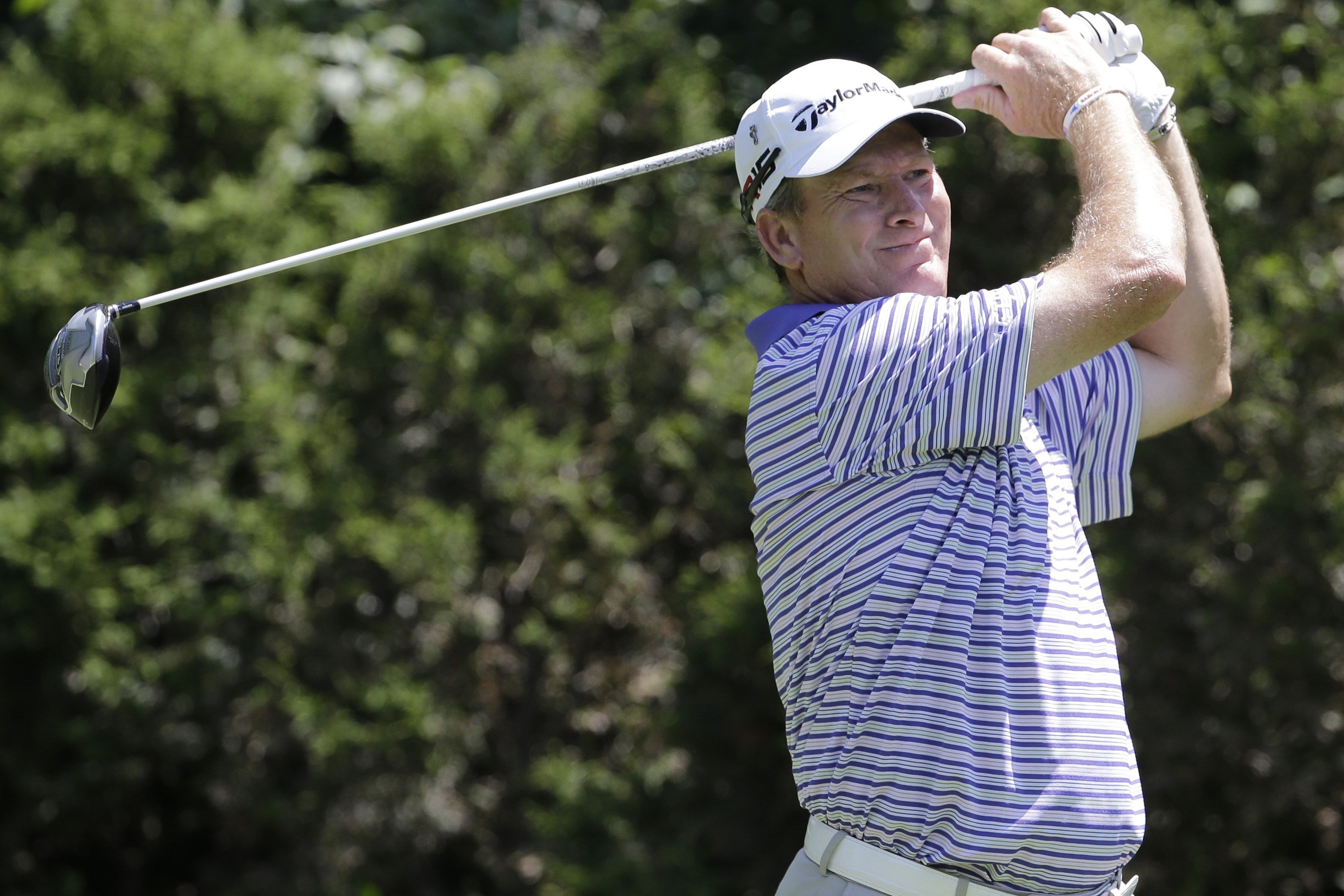 CARNOUSTIE, Scotland (AP) — Woody Austin made four birdies in a six-hole stretch on the back nine and finished with a 4-under 68 to take the first-round lead in the Senior British Open.

The 52-year-old Austin rebounded from bogeys on Nos. 9 and 10 with birdies on 11, 12, 14 and 16. He has struggled after winning three times in four events this year on the PGA Tour Champions.

”It seems, I forgot how to play after that,” Austin said. ”It’s been really bad since. It’s been unfortunately a long stretch of really ugliness.”

The wind was 10-15 mph at Carnoustie Golf Links with a mix of sun and clouds and a high in the 60s.

”I think the rain yesterday softened the course a little bit,” O’Meara said. ”We were pretty fortunate. The wind laid down just a little bit in the middle of our round out there, so it was a little bit more playable. But Carnoustie is a very demanding golf course. You have to drive the ball well. You have to be accurate with your iron shots, and then you’ve got to putt well.”

Austin won the last of his four PGA Tour titles in the 2013 Sanderson Farms Championship.

”I’m not into grinding,” Austin said. ”I’m not into beating a bunch of balls anymore. I did that for my 40 years. I’m done. So, I go home, I play with my kids, I play with my family. I own a golf course. I help run the golf course. I try to do the things I need to do there. You’ll find me sometimes weeding, jumping on a mower and mowing. I hit balls usually maybe Saturday and Sunday the week before I go back out. That’s it. That’s my preparation. The only time I work on is when I get to the golf course.”

Defending champion Marco Dawson opened with as 72. He won last year at Sunningdale.

Michael Bradley had a 74 in his senior debut. He won four times on the PGA Tour.