Who is Going to Win the Super Bowl? Golf Knows All 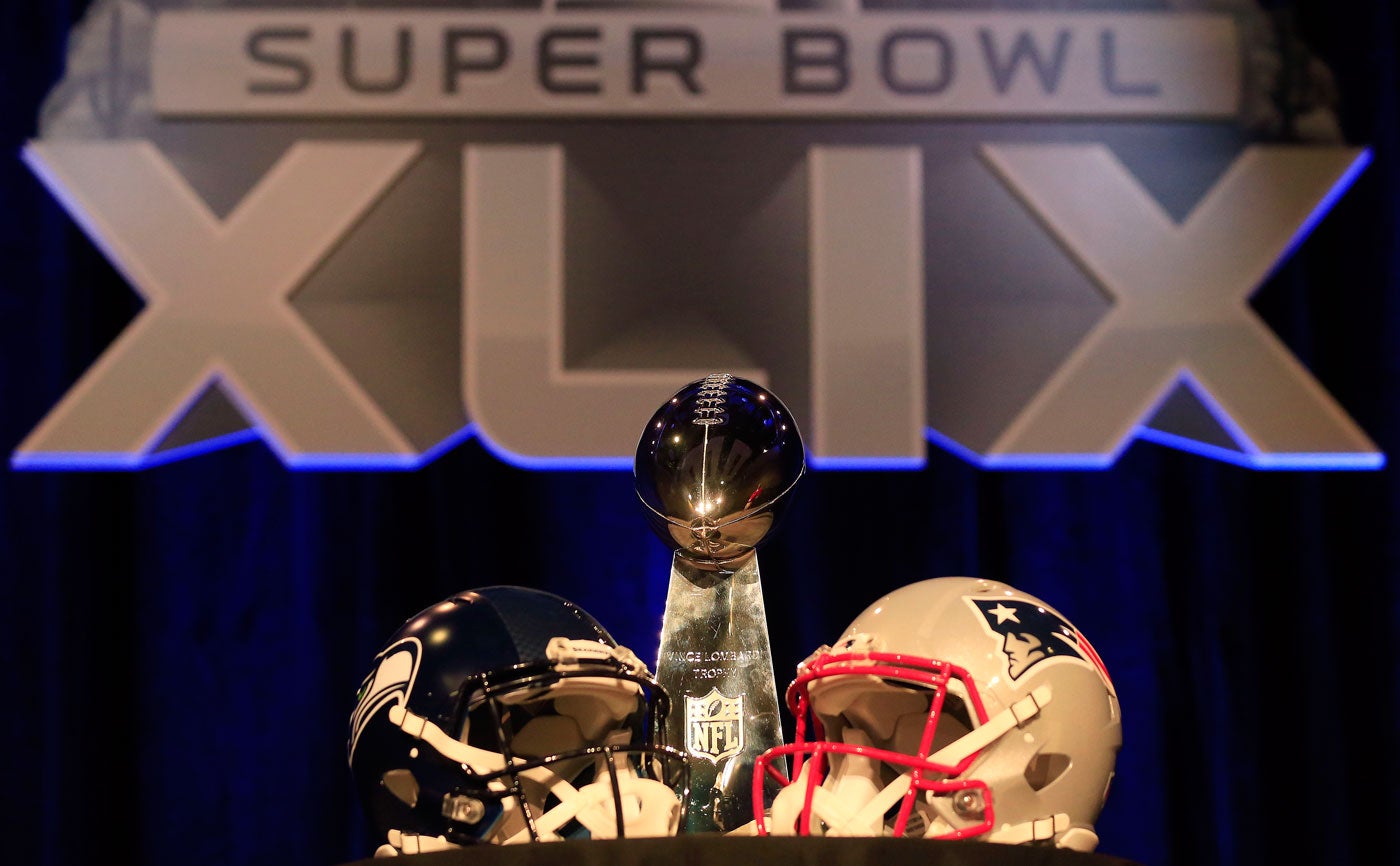 Who's going to win the Super Bowl? Let's let golf decide for us.
Getty Images

To help sort out the X’s and O’s when the Seattle Seahawks meet the New England Patriots in the Super Bowl, you should turn to the NFL experts at Sports Illustrated. As to the golf battle between Seattle and New England, here’s how we see it.

Who has the best historic tournament golf course?

Vijay Singh outdueled Steve Stricker to win the 1998 PGA Championship at Sahalee and Craig Parry captured the 2002 WGC-NEC Invitational on this suburban Seattle track. Undeniably handsome and refreshingly cool in August, this sedate 1969 Ted Robinson design is so hemmed in by firs and cedars, however, there’s no space for fairway bunkers (or gallery grandstands) and the flattish greens, guarded by simple, shallow, oval bunkers make for a vanilla-flavored playing experience. For sheer history, though, The Country Club in Brookline, Mass. stands alone. Amateur Francis Ouimet’s shocking playoff upset of top British professionals Harry Vardon and Ted Ray to win the 1913 U.S. Open put golf on the map in the United States. The 1963 U.S. Open witnessed the highest score total in modern history, when three players finished 72 holes at nine-over-par 293. Julius Boros beat Arnold Palmer and Jacky Cupit in the playoff. Rees Jones ignited the classic restoration craze with his inspired reworking of The Country Club ahead of the 1988 U.S. Open, when Curtis Strange clipped Nick Faldo in yet another playoff. And unforgettable is Justin Leonard’s 45-foot 17th hole bomb that sealed the 1999 Ryder Cup for the U.S.

Who has the best marquee public-access golf course?

Chambers Bay (above), was home to the 2010 U.S. Amateur and will be the host of the upcoming 2015 U.S. Open. This 7,500-yard, walking-only, Robert Trent Jones II design unfolds atop an old gravel mine at the southeast tip of the Puget Sound, 45 minutes south of Seattle. The eye candy commences at the first hole, a par-4 that shares a fairway with the 18th, a la St. Andrews. A firm, fast fairway, a 50-foot dune to the right and the backdrop of the Sound set the early tone. From there, this municipally-owned spread just gets better. Taconic abuts the postcard-perfect campus of Williams College in Williamstown, Mass and blends heart-of-the-Berkshires charm with superb shotmaking challenges to earn a No. 39 ranking among GOLF Magazine’s Top 100 Courses You Can Play. Trivia alert: Jack Nicklaus aced the par-3 14th hole in a practice round at the 1956 U.S. Junior Amateur.

Which quarterback is the best golfer?

Russell Wilson is a tremendous athlete, having played college baseball at North Carolina State and been drafted by both the Colorado Rockies and Texas Rangers. He hit the golf tournament trail in 2014, competing in Michael Jordan’s event at Shadow Creek in April, then co-hosting his own event (with NASCAR’s Kasey Kahne) several months later at the Tom Doak-designed Tumble Creek course at Washington’s Suncadia Resort. He showed flashes of brilliance at both events, though if he played regularly, he’d look to be about a 15 handicap. Tom Brady’s game hovers between an 8 and a 10, but he’s put his swing on display at some big stages, including multiple appearances in the AT&T Pebble Beach Pro-Am and on the HBO series, “Entourage,” in 2009.

Which city had the best major championship winner?

Smooth-swinging Freddie Couples grew up in Seattle, went to O’Dea High School there, and played its public courses, notably Jefferson Park. His signature victory is the 1992 Masters, though he’s backed that up with two wins at the Players Championship, 12 other PGA Tour wins and a decorated career on the Champions Tour. Francis Ouimet’s astonishing 1913 U.S. Open victory over Vardon and Ray was a game-changer for golf’s popularity in the United States. That and his two wins in the U.S. Amateur (1914 and 1931) when it was considered a major gives the Brookline, Mass. native the nod over Connecticut-born Julius Boros, whose graceful move netted him two U.S. Opens, a PGA Championship and 18 Tour wins. Still, Couples’ amazing longevity—he still contends regularly in the Masters after age 50—is the difference.

Which area has the best city views from a golf course?

West Seattle Golf Course is a 1939 H. Chandler Egan design that features ravines, steep sidehills and outstanding vistas of the downtown skyline. The longer front nine skirts Longfellow Creek, highlighted by the par-4 second, which sports a view of the city’s landmark Space Needle. Granite Links at Quarry Hills (left) in the Boston suburb of Quincy boasts three John Sanford-designed nines atop an old quarry that also afford splendid peeks at the Boston skyline. It’s close, but Boston has a greater percentage of sunny days than Seattle, by 58 percent to 47 percent, so you can see Boston’s skyline more clearly and more often.

And the Winner is: