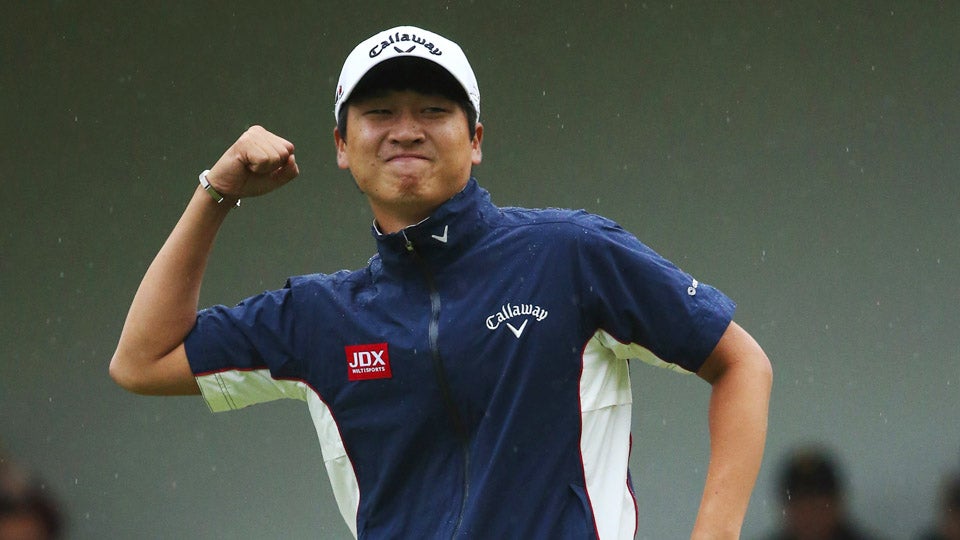 RABAT, Morocco (AP) Wang Jeung-hun of South Korea won his first title on the European Tour after beating Nacho Elvira in a playoff at the second extra hole in the Trophee Hassan on Sunday.

The South Korean rolled in a 50-foot putt on the first extra hole to match Elvira’s birdie, and they played No. 18 again. Wang then converted a 20-foot birdie putt for the win.

Robert Rock of England and Clement Berardo of France were a shot behind on 4 under. Overnight leader Chris Hanson shot a 3-over 75 and was tied for fifth.