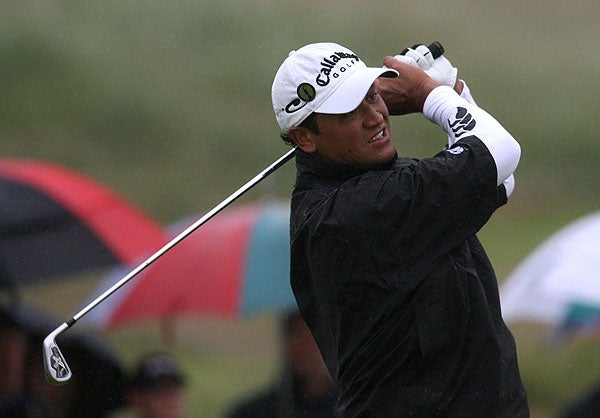 The 46-year-old New Zealander, who won the Open at Pinehurst in 2005, told New Zealand’s Radio Sport on Saturday that retiring was a hard decision but ”I have no complaints to walk away from the game that has given me such a wonderful life.”

Campbell lives in Malaga, Spain where he runs a golf academy and has plans to establish others in Asia and New Zealand. He told Radio Sport he hopes to play senior tournaments when he becomes eligible in four years’ time.

He said friends of the same age ”are still out there competing … but right now I have got no motivation to play.”

Campbell won the U.S. Open during a breakout year in 2005 in which he also won the World Matchplay Championships at Wentworth.

He only made the open field through European sectional qualifying, needing a birdie on the last hole of the qualifying tournament to secure his place. Campbell started the last round four strokes behind defending champion Retief Goosen and shot 69 in his final round for an even-par total of 280, winning by two strokes from Tiger Woods.

He was only the second New Zealander to win a major after Bob Charles, who won the 1963 British Open.

”Obviously (winning the Open) 10 years ago was something special for me and for the country and for golf itself,” Campbell said. ”I fulfilled one of my dreams to win a major and it was fantastic.

”But as everyone knows, it has been well documented, my career since then hasn’t been great. But if I walk away from the game right now I could be very proud of my achievements.”

Campbell said injuries had hampered his form and his recent divorce had caused him to reassess his priorities.

”It gave me time to reflect on my career and I decided to put golf on the backburner right now and just focus on other things,” he said. ”I have had a wonderful, fabulous career over the last 20 years as a professional golfer.”