Tim Hart Loses Bid for 59 With Triple-Bogey on 18, Then Loses Tournament 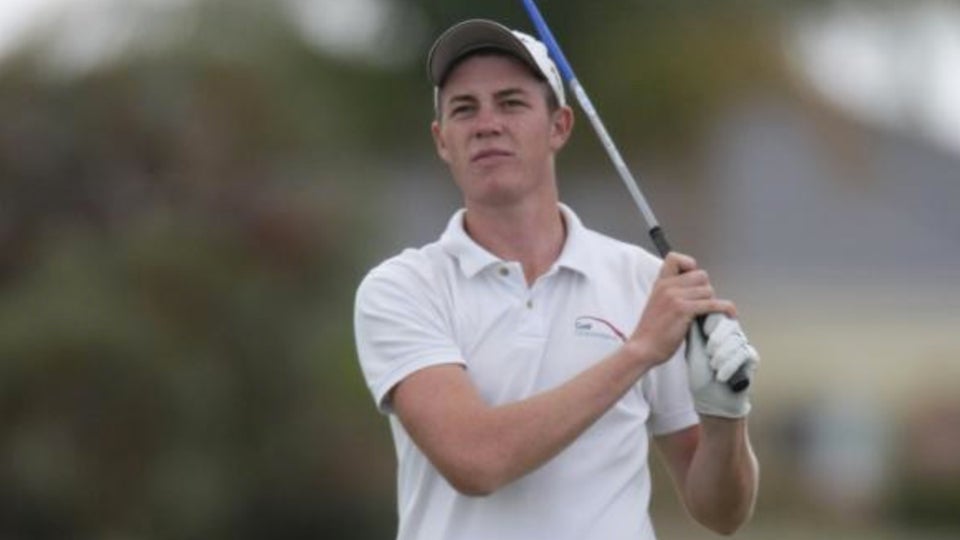 TOOWOOMBA, Australia (AP) Tim Hart needed a bogey on the final hole to shoot 59 for what would have been a two-shot victory on the PGA Tour of Australasia. He lost the magic number – and the tournament.

Hart hit out-of-bounds and made triple bogey Sunday on the par-4 closing hole at City Golf Club, giving him a 9-under 61. It was still enough to get into a playoff, but David Klein of Germany made birdie on the first extra hole to win the Coca-Cola Queensland PGA Championship.

Hart, who started the final round seven shots behind, was 9 under on the back nine alone and didn’t know where he stood on the leaderboard. He chose driver and hooked his tee shot out-of-bounds, drove the next one into the trees and made a triple bogey.

”After hitting the driver so well, I put the worst swing of the week on it right there,” Hart told The Courier-Mail. ”Mate, it’s easy to be disappointed, but if someone had said I’d be in a playoff for the title when starting the day 20th, I would have grabbed it. Even on the 18th tee, I wasn’t trying to think too much about breaking 60. I just wanted to stay aggressive because I hadn’t seen a leaderboard and wanted to keep pushing.

”If I’d known I was three or four shots in front, maybe the 2-iron comes out.”

Ryo Ishikawa of Japan has the lowest closing round on one of the six main tours in the world. He shot 58 to win The Crowns on the Japan Golf Tour in 2010.